Seven Australian soldiers who fought and died during the Battle of Fromelles in France during World War 1 have been formally identified by the 2019 Fromelles Identification Board and are no longer unknown.

“These soldiers were recovered in 2009 and were among 250 Australian soldiers buried as ‘unknown soldiers’ in the Commonwealth War Graves Commission Fromelles (Pheasant Wood) Cemetery,” said Minister for Defence Personnel Darren Chester.

Adding that  new headstones would soon be installed at the soldiers’ final resting place to recognise their correct identities. Their identification will also be acknowledged during the annual commemoration ceremony at Fromelles in July 2019. 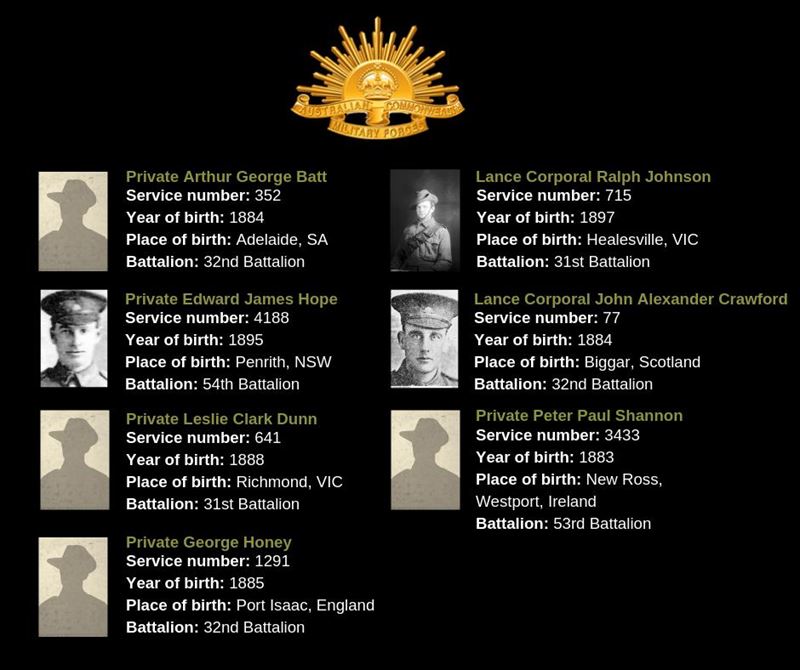 “This outcome represents the culmination of a powerful collaboration between Defence, other agencies, contracted specialists, volunteer researchers and, most importantly, families of the missing who have recently supplied DNA for comparison to the soldiers.

I’m proud of the efforts of the Australian Army and all those involved in researching, finding and identifying these Australians. I hope that the remaining 84 soldiers can also be identified in the near future,” Mr. Chester added.

As of now, the Fromelles Project has successfully identified in total 166 Australian soldiers, while 84 soldiers’ identities still remain undetermined.

The Australian Ministry of Defence encourages members of the public to register with the Australian Army’s Unrecovered War Casualties team if they have relatives who fought at Fromelles, have a date of death between 19 to 21 July 1916 and have no known grave. You can register here.