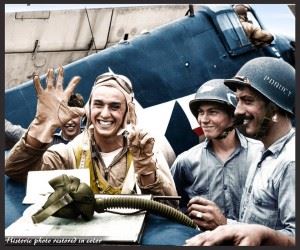 Alex Vraciu, who was just 25 when he reigned as the US Navy’s top World War II fighter ace after downing 19 Japanese aircraft and destroying 21 more on the ground in only eight months in 1944, died on January the 29th 2015 in West Sacramento, Calif. He was 96.