Featured beneath are new book releases by Helion & Company Ltd for the month November-December 2015. 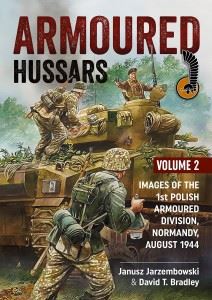 Armoured Hussars 2 provides a highly-illustrated account of the 1st Polish Armored Division’s baptism of fire in Normandy in August 1944, from Operations Totalise and Tractable to the victory at Falaise, culminating at the climactic battle on Mont Ormel – the site of this triumph was justly named ‘A Polish Battlefield’ by the Canadians.

This album contains contributions written by the distinguished military author and Normandy veteran Ken Tout, who was recently awarded the Knight’s Cross of the Order of Merit by the Republic of Poland for popularizing the Polish soldiers of the Second World War. Serving as a young Sherman tank crewman in the Northamptonshire Yeomanry, Ken watched the Poles go in to action on 8 August and witnessed their savage baptism of fire.

The album features many dramatic photographs and documents, numbering over 250, from the renowned Polish Institute and Sikorski Museum (PISM) as well as from the author’s collection. It is also supplemented by eight pages of color plates featuring divisional armor, uniforms, maps and a center page-spread of a close-quarter action on Mont Ormel, based on the memoirs of a regimental commander. Illustrated by the renowned military artist, Peter Dennis, this depiction also features on the front cover.

This book will appeal to all who have an interest in the Second World War and the Normandy Campaign, and is a fitting tribute to those Polish soldiers who fought so gallantly for Europe’s freedom as part of the Allied Liberation Army and played a decisive role in the defeat of German forces in France at the Battle of the Falaise Pocket in August 1944. 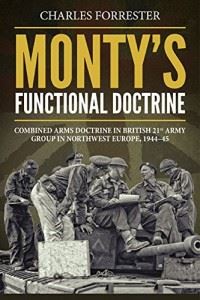 Using a combination of new perspectives and new evidence, this book presents a reinterpretation of how 21st Army Group produced a successful combined arms doctrine by late 1944 and implemented this in early 1945. Historians, professional military personnel and those interested in military history should read this book, which contributes to the radical reappraisal of Great Britain s fighting forces in the last years of the Second World War, with an exploration of the reasons why 21st Army Group was able in 1944 45 to integrate the operations of its armour and infantry.

The key to understanding how the outcome developed lies in understanding the ways in which the two processes of fighting and the creation of doctrine interrelated. This requires both a conventional focus on command and a cross-level study of Montgomery and a significant group of commanders. The issue of whether or not this integration of combat arms (a guide to operational fighting capability) had any basis in a common doctrine is an important one. Alongside this stands the new light this work throws on how such doctrine was created. A third interrelated contribution is in answering how Montgomery commanded, and whether and to what extent, doctrine was imposed or generated. Further it investigates how a group of effervescent commanders interrelated, and what the impact of those inter-relationships was in the formulation of a workable doctrine.

The book makes an original contribution to the debate on Montgomery s command style in Northwest Europe and its consequences, and integrates this with tracking down and disentangling the roots of his ideas, and his role in the creation of doctrine for the British Army s final push against the Germans. In particular the author is able to do something that has defeated previous authors: to explain how doctrine was evolved and, especially who was responsible for providing the crucial first drafts, and the role Montgomery played in revising, codifying and disseminating it.

MY MEMOIRS OF THE BRITISH SOUTH AFRICA POLICE, 1966–1981. … AND A COLONIAL UPBRINGING IN NORTHERN RHODESIA by John Shaw 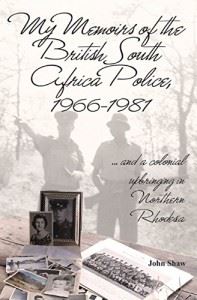 Throughout the author’s life in Northern Rhodesia (now Zambia) his father was a member of the Northern Rhodesia Police and the author sets about recording various incidents in the life of a youngster growing up on the numerous towns and police stations at which his father served. The family moved to Southern Rhodesia in 1964. Finalizing his secondary schooling at Chaplin School, Gwelo, Rhodesia, in 1965, the author joined the British South Africa Police (BSAP) in March 1966 and elected to go into the district branch of the Force. The author traces his career from a young patrol officer, through the various ranks and district police stations on which he served, to his retirement in August 1981 as a superintendent, in what was then Zimbabwe.

He highlights the typical lifestyle associated with a district ‘copper’, including anecdotes from the Bush War that was raging. Apart from the lighter side of the book- hitting an elephant at Makuti at 1 a.m. in a Mini Moke; realizing five minutes before presenting his men on parade to the Officer Commanding, at an annual inspection, that he had left his trousers at home; attending an internal disciplinary hearing as the accused for being drunk off duty where the presiding officer commented that the author’s main defence witness appeared more drunk than the author and dismissed the case-there are some more serious chapters involving terrorist incidents, some of which are captured on an original station Incident Log which the author has included in the book.