We’ve compiled a photographic gallery of heart-wrenching images which capture the last moments before disaster of several United States Army Air Force bombers during World War II. All additional information, photographs of the aircraft and crew members and other photographs of downed aircraft for a second article, are appreciated, feel free to contact us or reply to the article.

On August 4, 1944, Douglas A-20G-30-DO Havoc (SN 43-9502) of the 644th Bomb Squadron, 410th Bomb Group, 9th Air Force, receives a direct flak hit in the tail section, completely severing it whilst on a mission to Rouen, France. The plane maintained position for just a few seconds, long enough for a quick photographer to snap this picture, before it took a nose high attitude and entered a tight spin. Amazingly enough, both gunners managed to escape the plane and ended up in a German POW camp, however the pilot was killed. 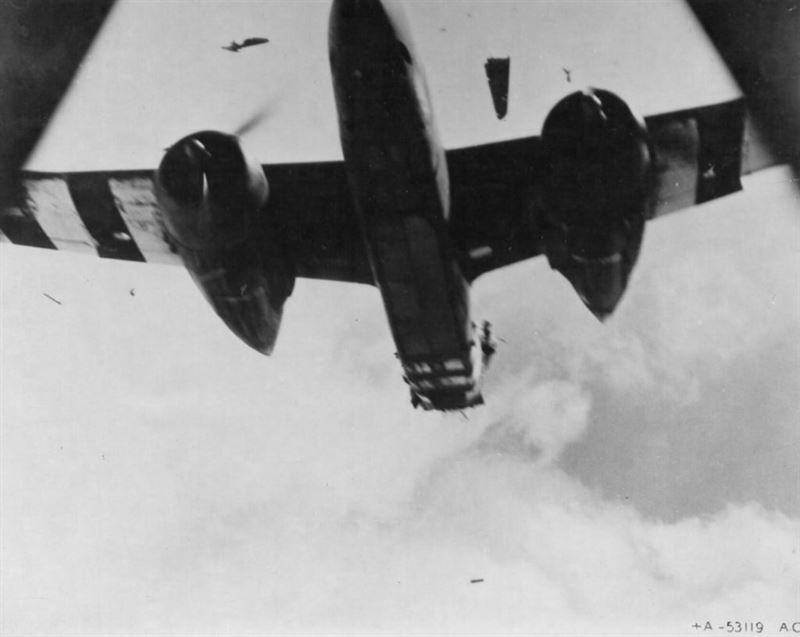 The American B-17G “Powerful Poodle” takes a direct hit from anti-aircraft fire (Flak) over Ludwigshafen, Germany during her 10th, and last, sortie. She went down at 11:25, November 5, 1944. All of the crew were killed. 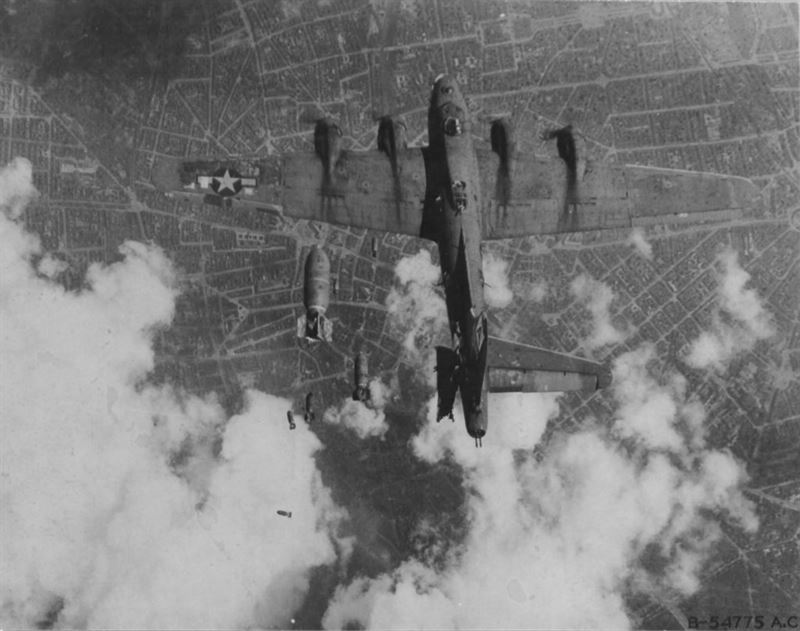 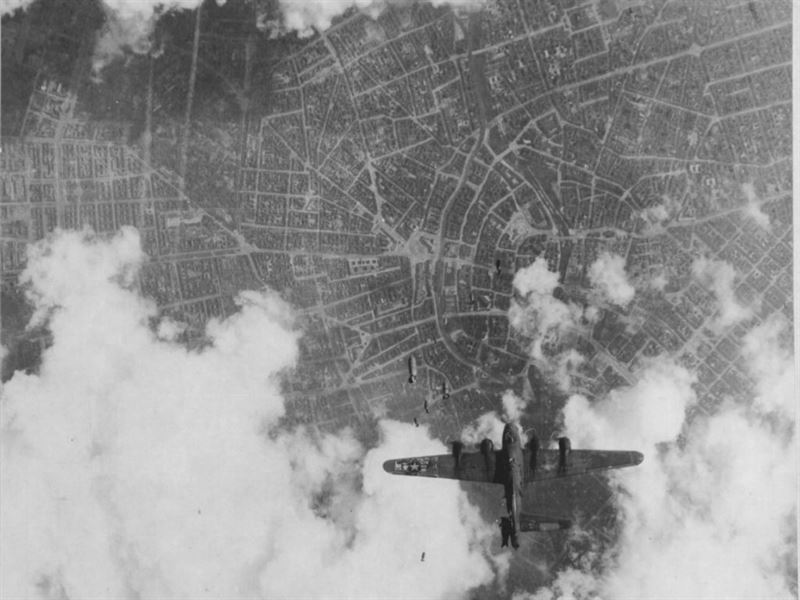 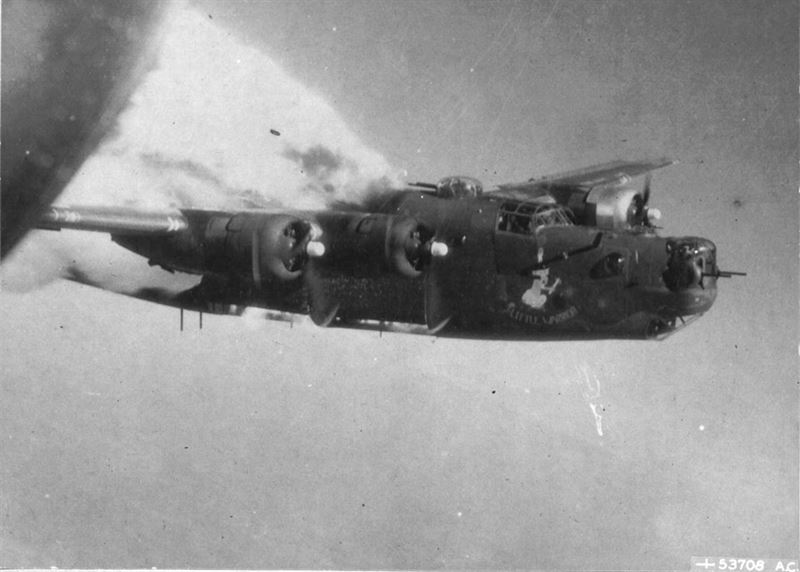 “A B-24 Liberator (serial number 42-94812) nickname “Little Warrior” of the 493rd Bomb Group in flight with its engines aflame. A veteran has handwritten on the reverse: ‘To Roger Freeman, from a friend, Clifford Stocking. I took the picture 493rd BG, 862nd Sqd.'” Clifford Stocking took the photograph from the plane “Green Hornet”. 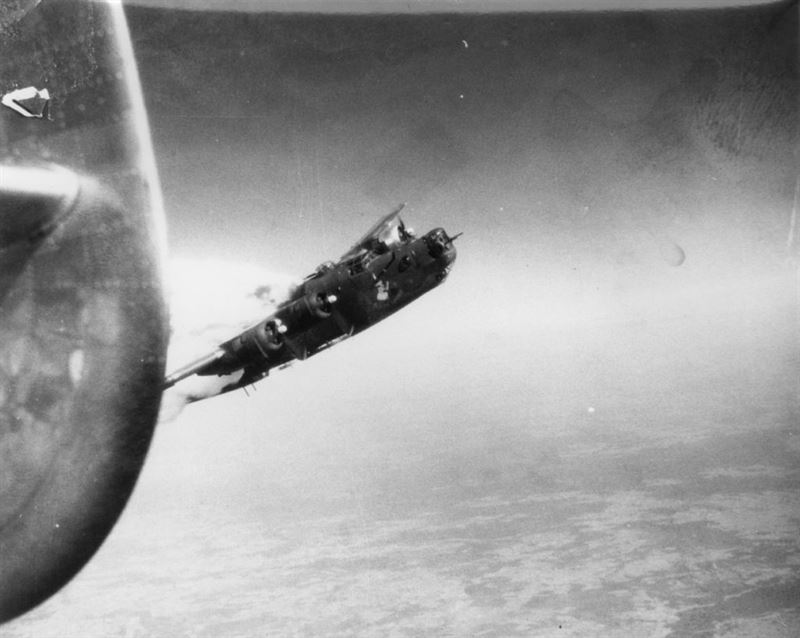 On July 22, 1944, during an air attack on a Japanese seaplane base and barge landing at Kokas, Enga, Dutch New Guinea, a Douglas A-20G-25-DO Havoc light attack bomber, serial number 43-9432, was hit by anti-aircraft gunfire and crashed into the sea. The A-20, named Bevo, had been assigned to the 387th Bombardment Squadron, 312th Bombardment Group, based at the Hollandia Airfield Complex. (Colorized by Royston Leonard). 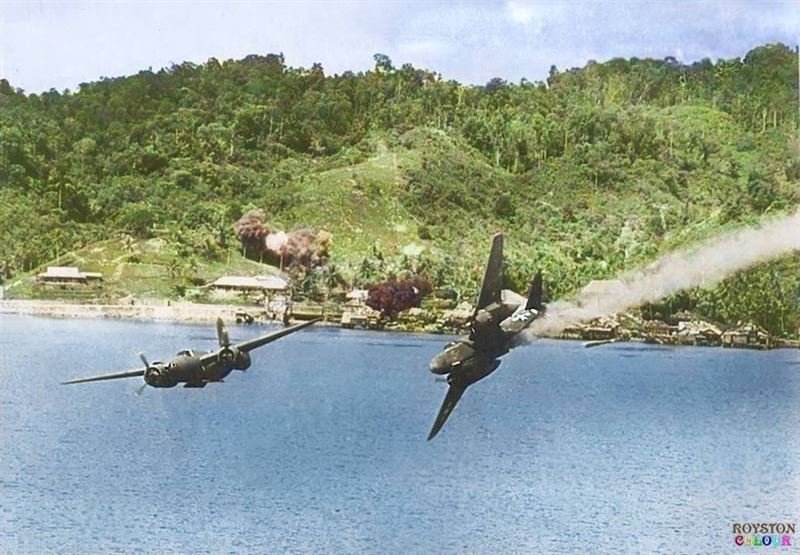 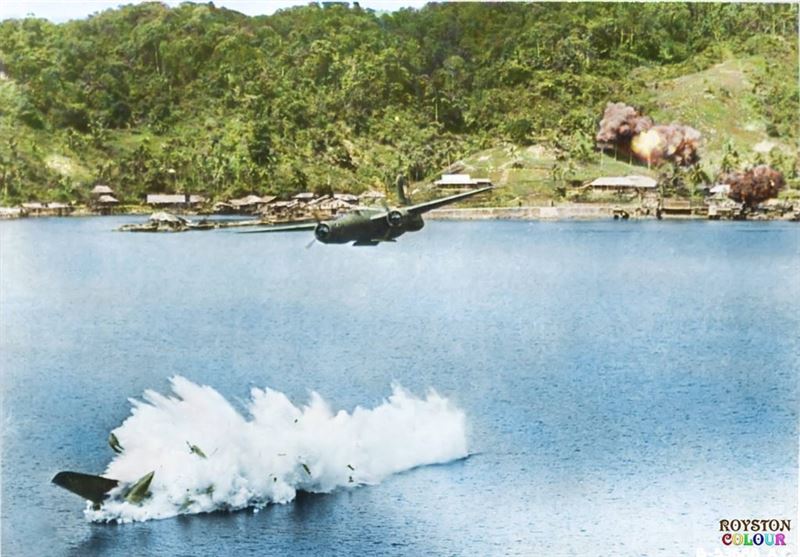 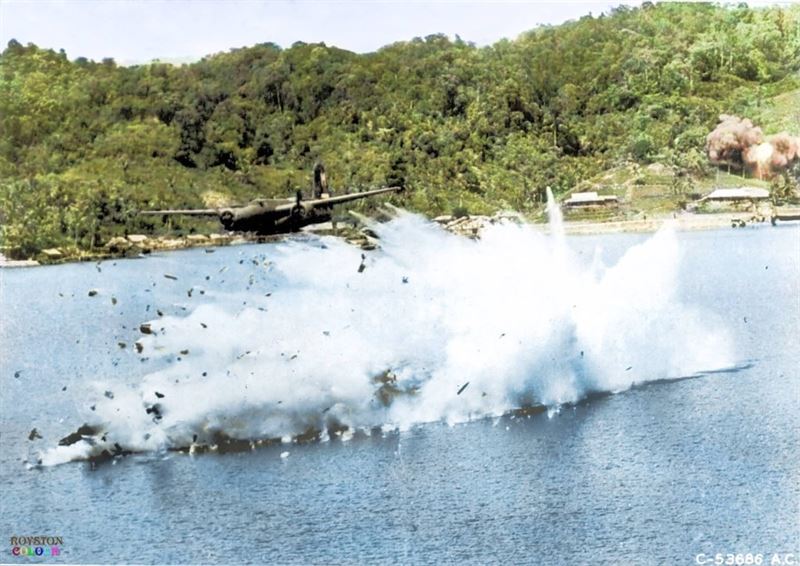 B-24H Liberator bomber “Blue I” (41-28853) of 783rd Bomb Squadron, 465th Bomb Group, US 15th Air Force exploding in mid air after being hit by anti-aircraft fire (Flak) over German, November 20, 1944. Lieutenant Colonel Clarence Jack Lokker, on his last mission, was leading B-24’s to their target at Bleclihammerm, Silesia, Germany. While over the target the plane received a direct hit and blew up. Some of the crew were able to bail out before the explosion. 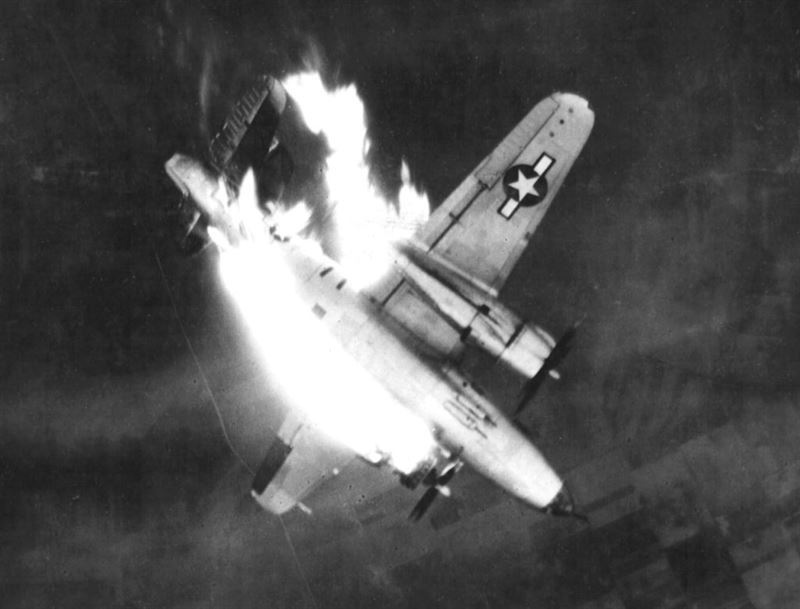 On April 4, 1945, Liberators of the 2nd Air Division were attacked by Me-262 jet fighters, Approximately fifty German jet and rocket fighter aircraft engaged the formation causing a total loss of eight B-24 Liberators, three of which were from the 448th Bomb Group. One of them was B-24M (S/N 44-50838) “Red Bow”, which was downed by a rocket from a Messerschmitt Me 262.

Boeing B-17G Wee-Willie 42-31333 LG-W, 323th Squadron of 91st Bombing Broup, over Kranenburg, Germany, is seen after the port wing was blown off by Flak on April 8, 1945. A Flak hit between fuselage and #2 engine caused a massive fire which detached the port wing, resulting into a explosion, causing the B-17 to go into a dive. 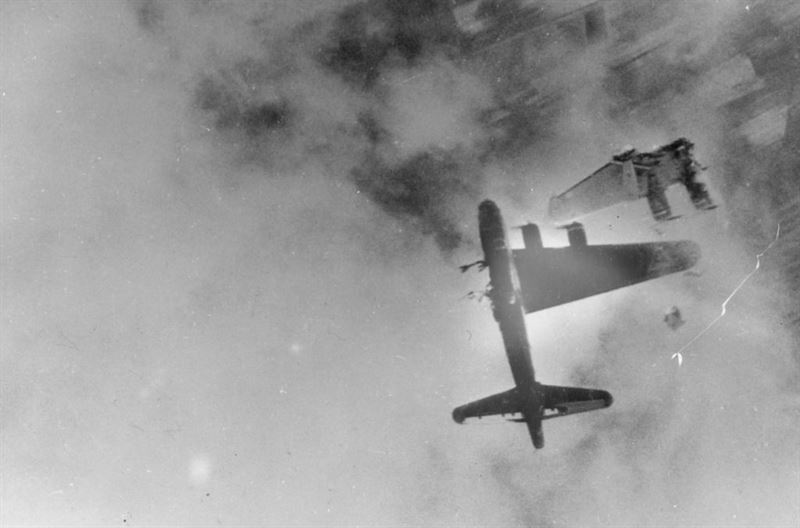 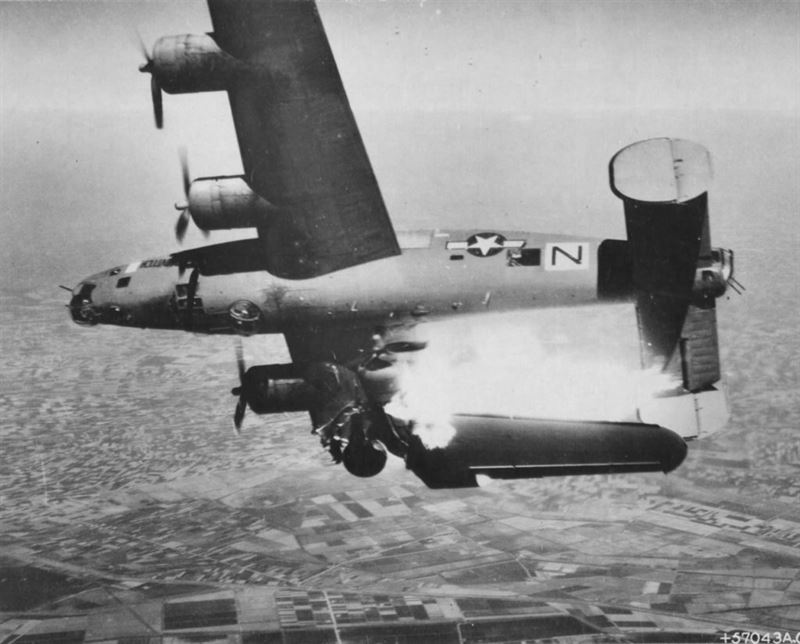