HBO didn’t need to adapt George R.R. Martin’s fictional series involving wars of succession, dangerous alliances, overbearing villains and doomed heroes in order to have a ratings hit. The cast, plot, and setting for the real Game of Thrones played out over a century ago and although we tend to forget about it now, The War to End All Wars, aka World War I, was the global train wreck that brought kingdoms to their knees and sent emperors into exile or worse, as the dynasties made a grim appointment with destiny.

Europe was ruled by a tangled web of blue blooded relatives and tangled treaties. When the strands of the web intersected, the Continent found itself stuck in a gruesome war unlike anything the world had yet seen. Before it ended in 1918, the world would witness what happened when old school military techniques collided with lethal innovations that replaced the Grim Reaper’s scythe with brutally effective technology.

We can start with the nation of England. There will always be England, and never did this seem more so than with Queen Victoria, that fertile monarch whose descendants would be matrimonially inserted into the royal families of Russia, Spain, Romania, Norway, and numerous German principalities. Along with matrimony, Victoria’s bloodline distributed the dreaded disease, hemophilia, throughout the crowned kinfolk. Its effects were most devastating to the Romanov dynasty; when the heir to the three-hundred year old ruling family was stricken with the disease, his desperate parents fell under the influence of Rasputin, the mad monk. Nicholas II and Alexandra were already distant from the travails of the Russian people; their loyalty to Rasputin further isolated them, creating a vacuum which the Bolsheviks were more than happy to fill.

Victoria’s family tree did not bear perfect fruit. When World War I began in 1914, the wanna-be empire of Germany, which had united as a country only a few decades earlier, was eager to flex its imperialistic muscle. So when the Serbian malcontent Gavrilo Princip assassinated Austria-Hungary’s heir the Archduke Franz Ferdinand (and his wife, Sophia, who didn’t count because Emperor Franz Josef considered her too lowborn to join the royal family), Victoria’s grandson Kaiser Wilhelm II of the Hohenzollern dynasty, was vigorously supportive of the Austro-Hungarian cause. He was eager to get war underway, although at the same time he played the family card, engaging his third cousin, the Tsar of Russia, in the series of “Willy Nicky” telegrams in an effort to prevent war (Nicky’s goal) and forestall it long enough to slow down the mobilization of the Russian army (Willy’s ploy). The telegrams failed and Tsar Nicholas II of Russia was able to mobilize his massive, albeit ill-trained, ineptly led and poorly supplied, army against the forces of the Central Powers, including Kaiser Wilhelm II of Germany.

Franz Josef of the House of Hapsburg had ruled the dual realms of Austria and Hungary for a long time, long enough in his reign to suffer his brother’s execution, his wife’s assassination, and the suicide pact love affair of son Rudolf and his teenaged mistress. The aging emperor remained on the throne until his death 1916, while the war continued to rage, but his successor, Charles, was the last Habsburg to rule. (Whether it would have been any consolation to lose the monarchy in 1922 but win beatification as a saint in a later century might have been some solace, had Charles known of the heavenly crown that awaited him.) One dynasty down. 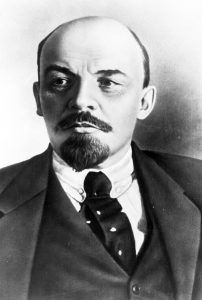 Civil unrest in Russia was close to the boiling point the longer that the war went on. The combination of military losses and the return of Vladimir Ilyich Ulyanov from Switzerland led to an overthrow of the government by the Bolsheviks, who would pull Russia out of the war and dispose of the inconvenient Tsar and his family in a basement room in Ekaterinburg. Two dynasties down.

Kaiser Wilhelm, the bombastic monarch who ruled Germany, unaware that his generals were his puppet-master, strutted his way across the war as long as he could take part in the masquerade, but eventually, when he no longer had the support of the army, even Willy had to face facts. He abdicated in November, 1918, two days before the Armistice that ended World War I, and escaped to live in the Netherlands. His son, Crown Prince Wilhelm, was not averse to restoring the Hohenzollerns to the throne, but his ambitions and those of Adolf Hitler did not mesh. Wilhelm survived the Nazis and World War II, but the glory days of royalty were done. Three dynasties down.

The war that ended dynasties ended a way of life as well, turning Europe into a graveyard that buried the memory of the gilded aristocracy, as the entitlement of the Downton Abbey era surrendered to taxes, the disappearance of the servant class, and sheer obsolescence. British Foreign Sir Edward Gray uttered the epitaph for the aristocracy in 1914: The lamps are going out all over Europe, we shall not see them lit again in our life-time.”

And Victoria’s home throne? Her great-great granddaughter, Elizabeth II, has ruled over Great Britain since 1952 and the succession seems secure, and when she is gone, there are three generations of Windsors to succeed her. There will always be England.