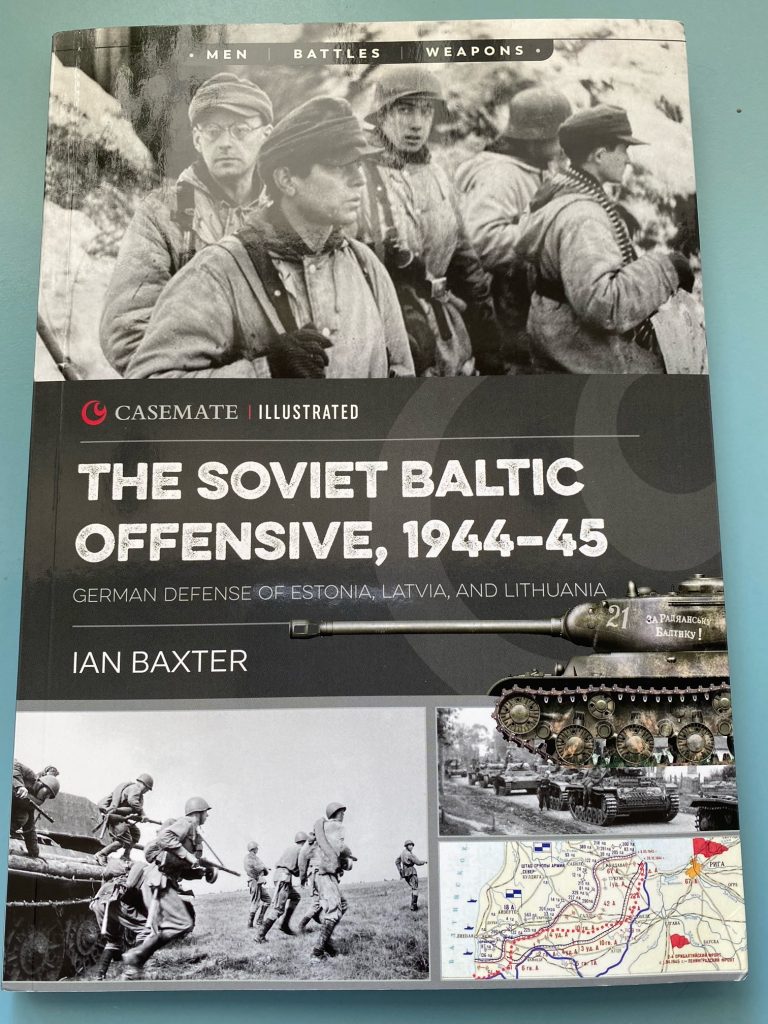 Being there . . . . on June 22, 1944, the third anniversary, to the very day and almost the same
hour, when Hitler launched “Operation Barbarossa” against Russia, that “Uncle Joe” Stalin, with
overwhelming superiority, launched his own offensive, “Operation Bagration”, that finally
swept the Germans out of Russia. Despite brave German resistance, the operation resulted in
the almost complete destruction of the Fuhrer’s Army Group Center and three of its component
armies: the Fourth Army, the Third Panzer Army, ant the Ninth Army. Watch how it was the
worst calamitous defeat of all the German armed forces in World War II. By the end of the
operation in mid-August, virtually all the western Soviet Union had been reconquered. Accurate
counts of casualties and losses on both sides will never be known. With this gargantuan defeat,
Hitler knew, especially when his losses were worse than those at Stalingrad, but wouldn’t admit
it to even his most trusted entourage of sycophant military leaders, that by this defeat he had
just lost World War II . . . . .

“THE SOVIET BALTIC OFFENSIVE, 1944-45 –German Defense of Estonia, Latvia, and Lithuania”,
by Ian Baxter. CASEMATE Illustrated Series: 2022, 6” x 9”, 128 pages, sc; $28.95. Visit,
www.casematepublishers.com.
In the face of overwhelming Soviet offensives in the summer of 1944, German forces
withdrew into the Baltic states. Ordered by Hitler to stand and fight to the last drop of blood,
units and divisions were to defend positions in Estonia, Latvia, and Lithuania to the bitter end.
In late 1943, planning began for a Soviet offensive against Army Group North to secure
Leningrad and break through the Narva Isthmus. The battle for Narva was launched in February
1944, then bogged down in the spring thaw. The launch of Operation Bagration saw German
forces scramble to reinforce Army Group Center, enabling the Russian 1 st Baltic Front to
advance to the frontiers of Latvia and Lithuania. Further Soviet offensives drove Army Group
North across the Baltic from Leningrad, fighting isolated battles including the defense of Narva,
Memel, and the Courland pocket.
Exhausted and demoralized by the relentless Soviet assaults, Army Group North was cut off
and fighting fanatically to hold the isolated capital cities of Tallinn, Vilnius, and Riga. German
forces then fought to the death in the last few small pockets of land surrounding three ports:
Libau in Courland, Pillau in East Prussia, and Danzig at the mouth of the River Vistula. In the
Courland, the surrounded German divisions mounted a bitter defense that lasted until the end
of the war on May 3, 1945.

The great Operation Bagration is today described as the triumph of the Soviet theory of
“operational art” because of the complete co-ordination of all the Strategic Front movements
and signals traffic to fool the enemy about the target of the offensives. The military tactical
operations of the Red Army successfully avoided the mobile reserves of the Wehrmacht and
continually “wrong-footed” the German forces. Despite the huge forces involved, Soviet
commanders left their adversaries completely confused about the main axis of attack until it
was too late. It should be noted that the number of troops involved, and especially personnel
and material losses inflicted on the Wehrmacht, was much bigger in Bagration than in
Normandy. After these stunning victories on both the eastern and western fronts, supply
problems rather than German resistance slowed the subsequent rapid Allied advance which
eventually ground to a temporary halt. However, the Germans were able to transfer armored
units from the Italian Front, where they could afford to give up ground.
Drawing on a host of rare and unpublished photographs, accompanied by in-depth captions and
texts, “THE SOVIET BALTIC OFFENSIVE, 1944-45 – German Defense of Estonia, Latvia, and
Lithuania”, by Ian Baxter, provides an absorbing read of the Red Army’s conquering of the
Baltics. Baxter, by the way, a military historian, who specializes in 20 th Century history, has
authored more than 60 similar books, among them the CASEMATE Illustrated titles “KURSK,
1943”, “OPERATION Bagration”, “Defeat to Retreat: The Last Year of The German Army at War”,
and most recently, “The Sixth Army and the Road to Stalingrad.” No question, Ian’s narrative
skill is brilliant, his meticulous research is extraordinary, and cogency beyond reproach. This
reviewer can hardly wait for his next CASEMATE Illustrated book.