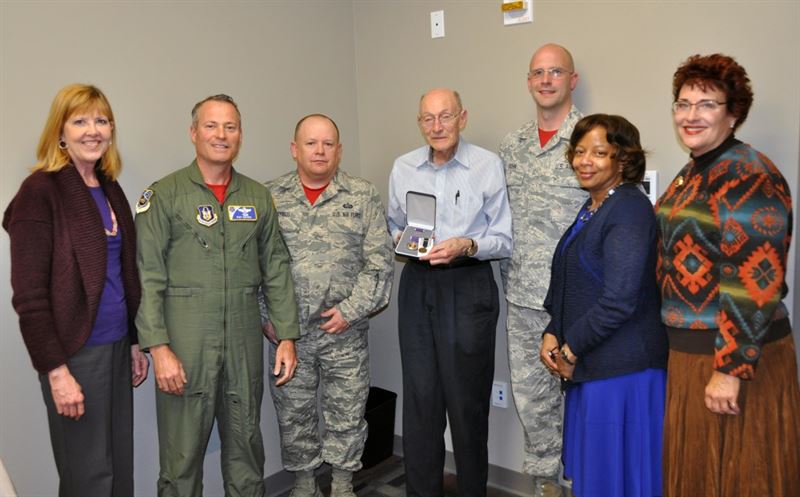 A bomber pilot held as a prisoner of war during World War II visited the Air Reserve Personnel Center to receive his POW Medal among various other medals, then took time to personally meet and thank the members on the recognition service team who assisted him April 17, 2015.

“It feels wonderful to receive these medals,” said Nattier. “I’d especially like to thank you folks and Ms. Wirkus for making sure all the records got to where they needed to go.”

Bing said it was an honor for the recognition team to provide the customer support to Nattier.

“I’m proud of the efforts from our two top senior NCOs, Master Sgts. Bohn and Grybos, who made it possible for him to finally have the actual medals and awards that he so deserves. I know he went through a lot for our freedom – he is a hero,” she said.

Bohn said what it meant to him to have assisted Nattier during his request. 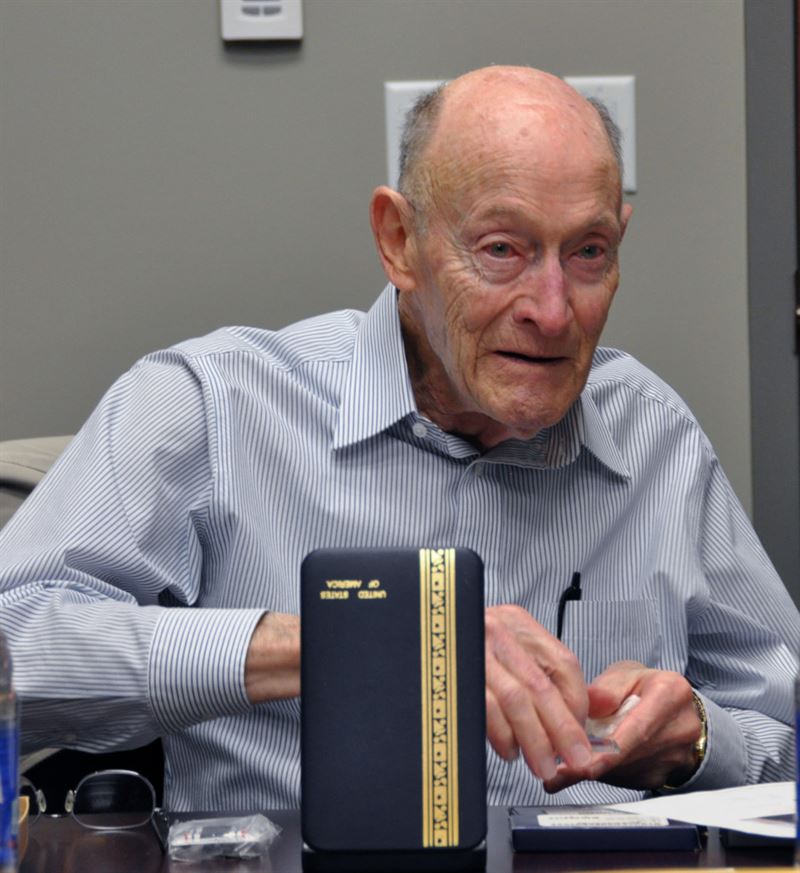 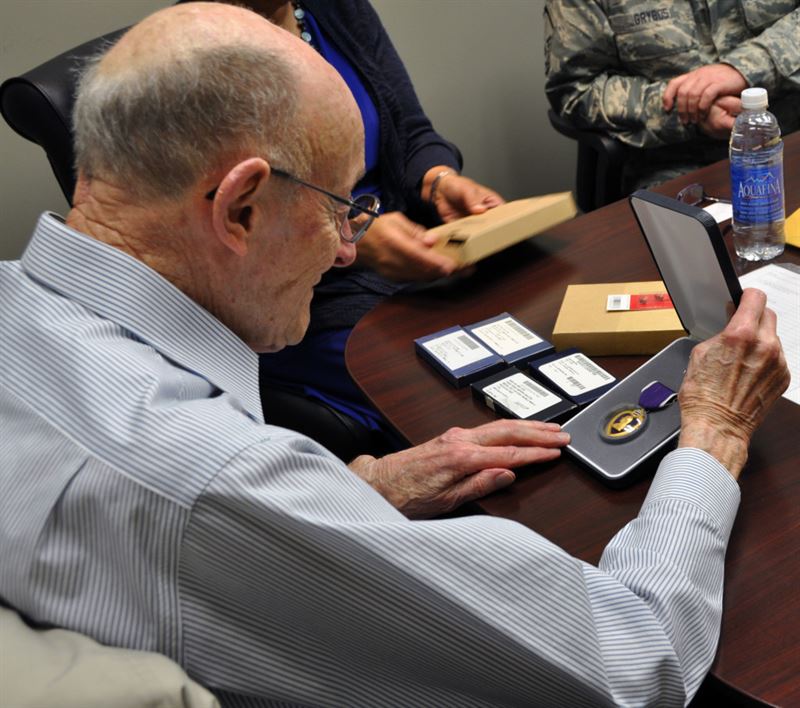 “It was an honor to meet Mr. Nattier and listen to some of his stories,” Bohn said. “I am so thankful that we were able to provide him his awards and decorations, and to see the look of excitement on his face,”

Nattier entered the U.S. Army Air Forces in 1942 and was assigned to the 306th Bomb Group, 8th Air Force, at Thurleigh, England, when his crew of 10 Airmen was selected to participate in a raid over Merseburg, Germany, Sept. 13, 1944. As he piloted a B-17G Flying Fortress bomber in sustained combat operations, the aircraft was hit by enemy flak over Ammendorf, Germany.

Nattier, who called for the crew to bail out, survived with third-degree burns to his face, neck and arms. He lost seven crew members on the mission and was later captured by waiting German forces who imprisoned him in a POW camp known as Stalag 1 until May 12, 1945.

“We want to thank you and your generation for giving us the freedom that we enjoy. You will never be forgotten,” Hayes said.

A formal presentation with Rep. Perlmutter to award the POW Medal to Nattier is currently being planned.