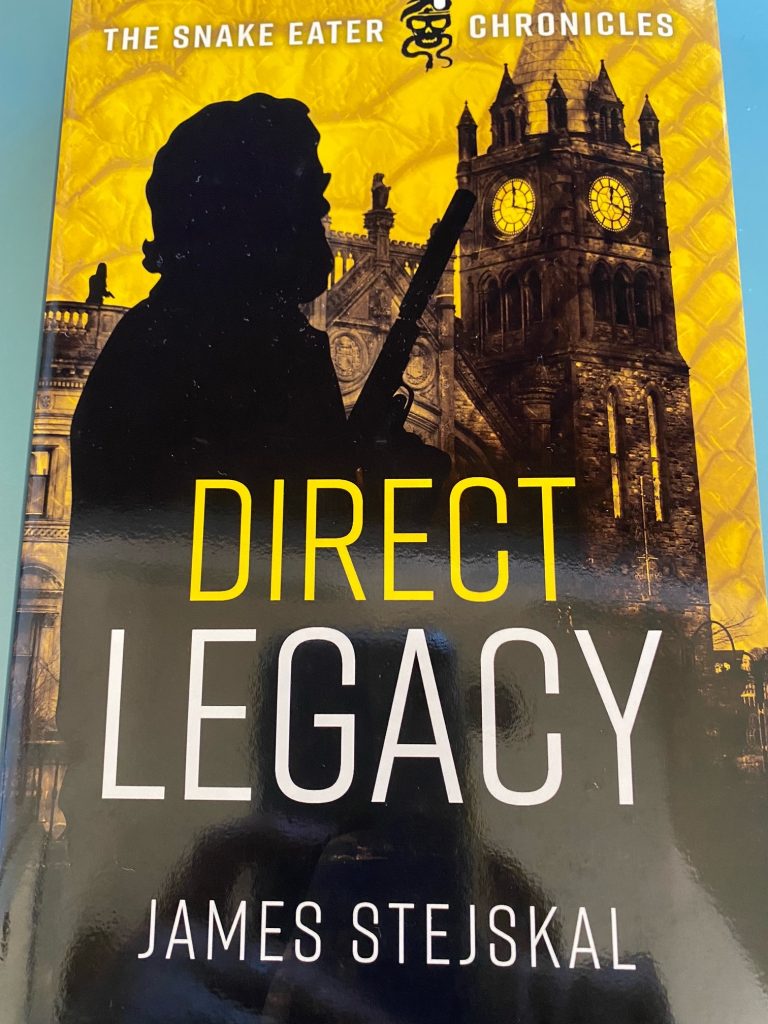 Being there . . . . to relax and enjoy a truly mesmerizing historical novel based upon actual
events and experiences of real participants during the height of Northern Ireland’s “Troubles”,
i.e., civil disorder, unrest, agitation, then bombings and killings, between 1968 and 1998 . . . . .

Referred to as the Northern Ireland Conflict, “The Troubles” saw the combatants as the
overwhelming Protestant unionists (loyalists), who desired the province to remain part of the
United Kingdom, and the greater number Roman Catholic nationalists (republicans) who
demanded Northern Ireland become a state or suburb of the Republic of Ireland. The top actors
in the sad drama were the Ulster Defense Regiment, the UDR; then, from 1993, known as the
Royal Irish Regiment. Their assignment was to serve as arbiters between the IRA, Irish
Republican Army, which saw the situation as a guerrilla war for Irish independence, and the
loyalist paramilitary “police” which considered the IRA as nothing more than thugs and coward-
terrorists. The Irish government viewed the fight as little more than a “low-intensity conflict” –
gang fighting, popular bombings, sniper murders, roadblocks and the shootings of selected
victims on the spot, jailing without court proceedings and trials, in short, all the characteristics
of a gang war. More than 3,554 innocents were killed and 31,206-plus wounded. Finally, in
1999, peace came to Northern Ireland when the governments of the British United Kingdom
and the United Kingdom of Ireland signed a pledge of authority-sharing in a so-called “Northern
Ireland Assembly at Stormont”.
A MUST-READ HISTORICAL FICTION SUSPENCER OFFERING FRESH INSIGHTS INTO THE IRA, THE
TROUBLES, AND NORTHERN IRELAND AT WAR FOR 30 YEARS BEGINNING IN 1968
Reviewed and highly recommended by Don DeNevi

“DIRECT LEGACY – The Snake Eater Chronicles 3”, by James Stejskal. Casemate Publishers: 2022,
314 pagers, hc; $27.95. Visit: www.casematepublishers.com.
This is academic scholarship comingling with thrilling suspense, mystery, and intrigue at its best.
Author James Stejskal brilliantly projects via characters dynamic understanding of the events
intrinsic to the storyline. More important is how he explains the almost complete equation of
the tragedy via easy to grasp dialogue, action, and their results. Thus, readers will be unable to
put the unfolding story down begun.
When rogue Green Beret soldier Neil Fitzpatrick is recruited by the Irish Republican Army to
help prepare a terrorist attack, Paul Stavros, his former teammate, is sent to stop him and bring
him home alive. Fitzpatrick, the American son of an Irish rebel who was forced to flee his
birthplace, is a Special Forces demolition expert. He knows his trade and has a personal agenda
with the IRA.
Alarm bells erupt when the US government learns that Fitzpatrick has gone over to the IRA. The
American public must not learn that one of its elite soldiers is involved in terrorism and the US

government won’t rely on the British to find him. They need someone who knows Fitzpatrick
and how he operates. Who better than one of his former teammates? Paul Stavros, of course, a
Special Forces veteran who knows how to fix problems. Neil has just become the greatest
challenge of his life. But before Stavros can become operational, he must endure an arduous
and hazardous selection process to be accepted by the joint SAS-intelligence cell that will back
him up. The British aren’t pleased with Stavros on the Isles since they insist on handling the
work themselves – competently, quietly, and merciless.
Thus, the high-stake drama is about to unfold. Not too long before, Fitzpatrick and Stavros were
buddies in the same missions. Now, both are pawns on opposite sides of a relentlessly
unforgiving, brutal, conflict where anything goes, no prisoners are taken, and life cheap. In
short, the British want to kill one, the IRA the other. Who will be the first murdered?
And James is in the perfect position to describe it all, having served with the US Army Special
Forces and the Central Intelligence Agency, to say nothing of being a historian and novelist at
heart. He is the author of the definitive histories, “Special Forces Berlin: Clandestine Cold War
Operations of the US Army’s Elite, 1956 – 1990” and “Masters of the Mayhem: Lawrence of
Arabia and the British Military mission to the Hejaz”. “Direct Legacy” is his third novel.
As for this, David McCloskey, former CIA analyst and author of “Damascus Station”, “Immersive
and spellbinding, bringing to life the violence and heroism of The Troubles and the nature of
leadership.” Echoes Dr. Aaron Edwards, Senior Lecturer of the Royal Military Academy,
Sandhurst, UK, and author of “Agents of Influence: Britain’s Secret Intelligence War Against the
IRA”, “ . . . a fast-paced game of cat and mouse involving Special Forces operators, terrorists,
and a rogue US soldier. . . intense, riveting, and exciting in equal measure conjuring up the
electric atmosphere of those dark days to produce a fascinating tale of adventure, betrayal, and
death on a windswept island.”