Marc Askat from 442 – Explorations discovered this breathtaking place a pair of months ago. The location is completely intact. According to Marc, you can find as many sculptures on the walls than there are bullets and bombs on the floor of this quarry. It seems that nothing has been touched since 1916.

But note: the place is very dangerous, full of grenades, mortars bomb, bullets, mines, and all of these are active, or still full of explosives. And to be perfect, the roof is highly instable.

Few miles away, The underground church used by the soldiers of the French and British army. Many bullets on the floor, and many bullet impacts on the chapel’s altar that seems to have been done by an automatic riffle.

Here is a photographic journey to “Explosive Quarry”: 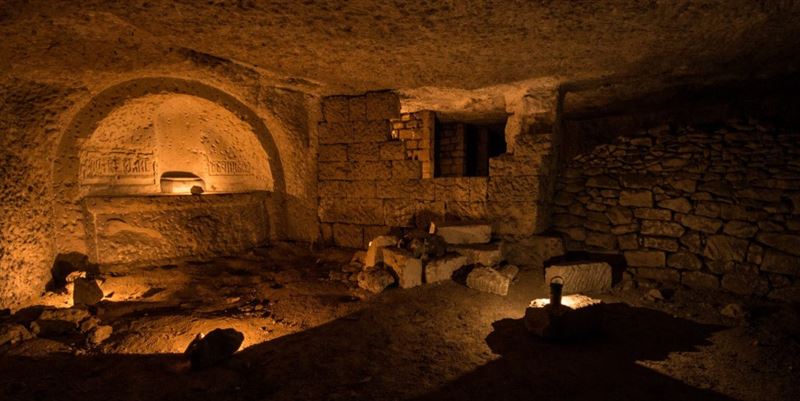 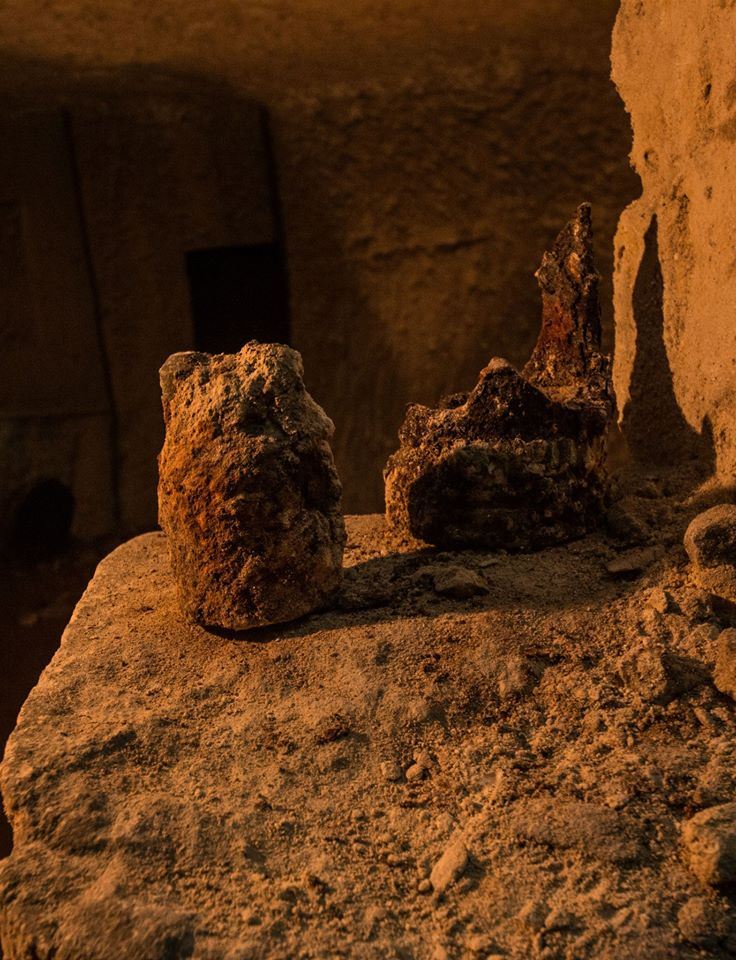 Hand grenades that still can be found in the quarry. 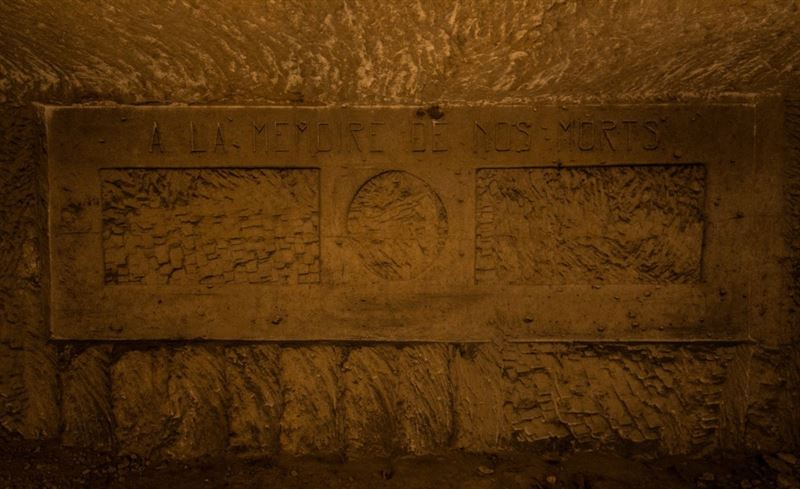 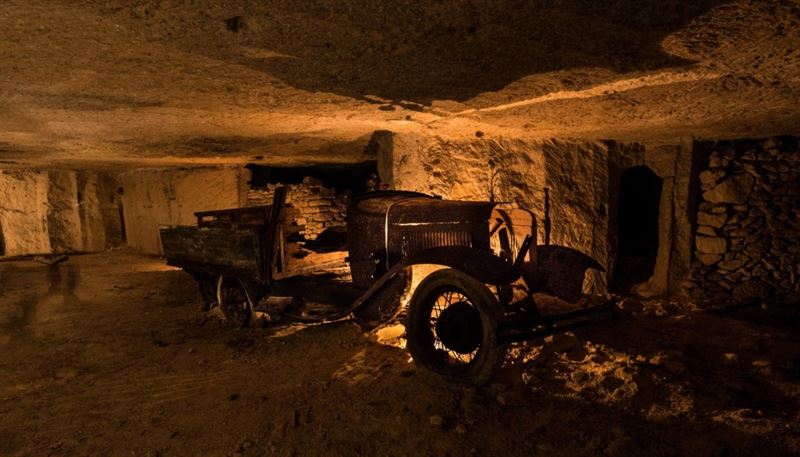 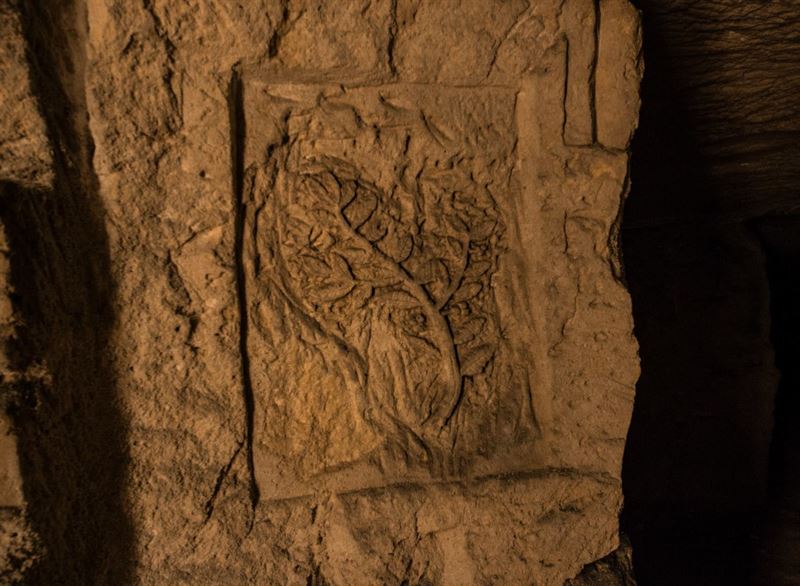 An olive branch, symbol of peace – sculpted by a soldier

List of engaged troops in the quarry between 1914 and 1915 and their officers in charge. 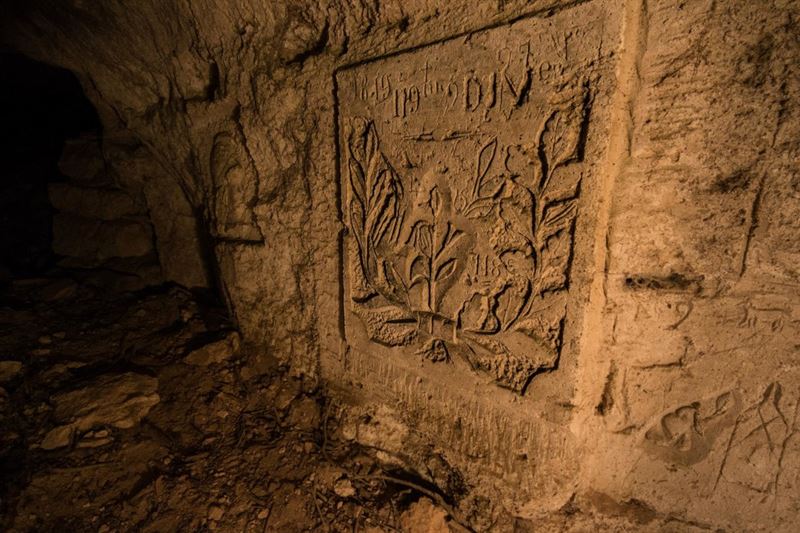 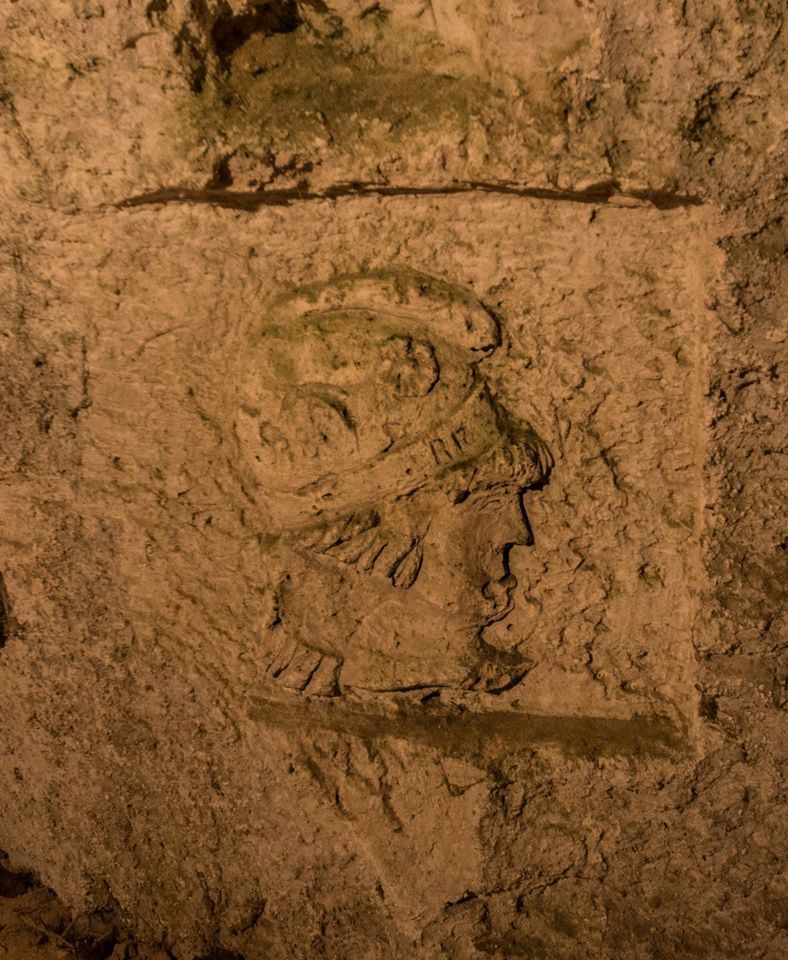 Marianne, the French Egerie of the Nation with RF (French Republic) on her Phrygian cap. 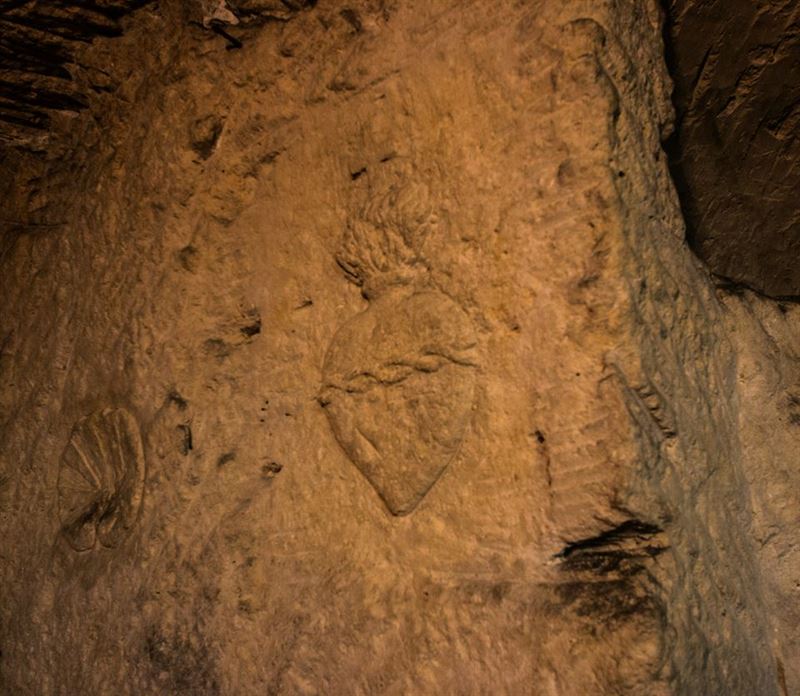 A sacred heart, sculpted just next to a Saint Jacques Shell. 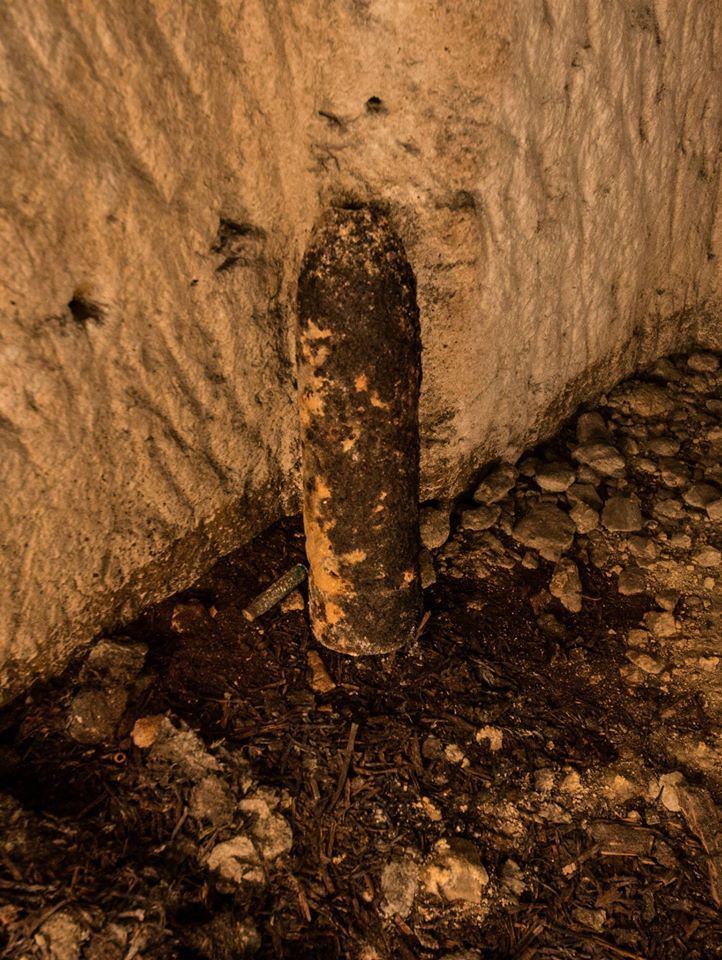 One of the many bombs that you can find in this quarry, just next to an bullet. 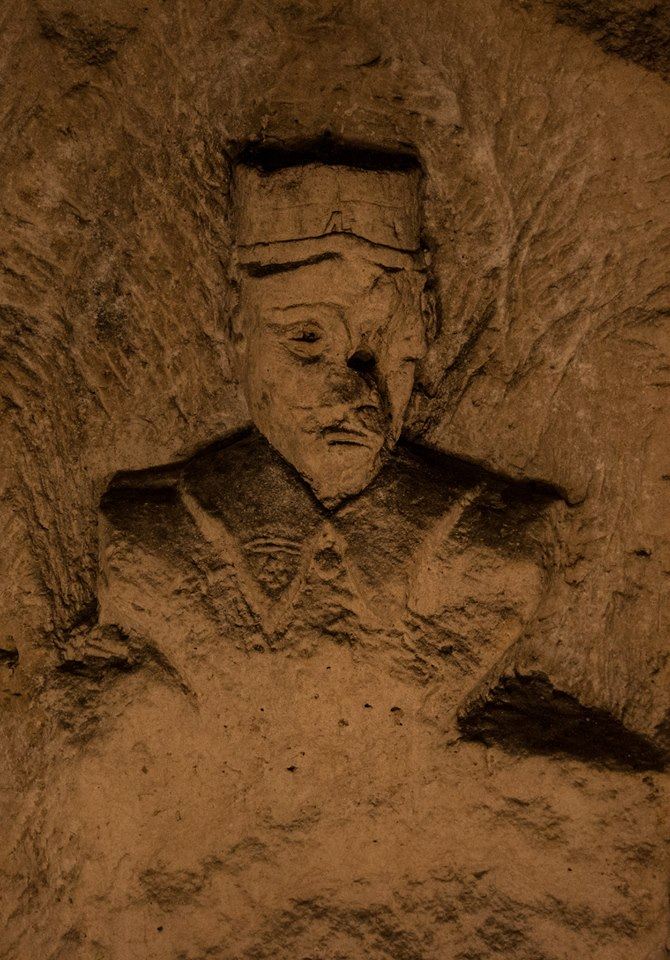 The broken faced soldier. It isn’t known if the broken face was made in purpose or not. As the “broken faces”, the hardly injured soldier of WW1, was already numerous at the very beginning of this war. 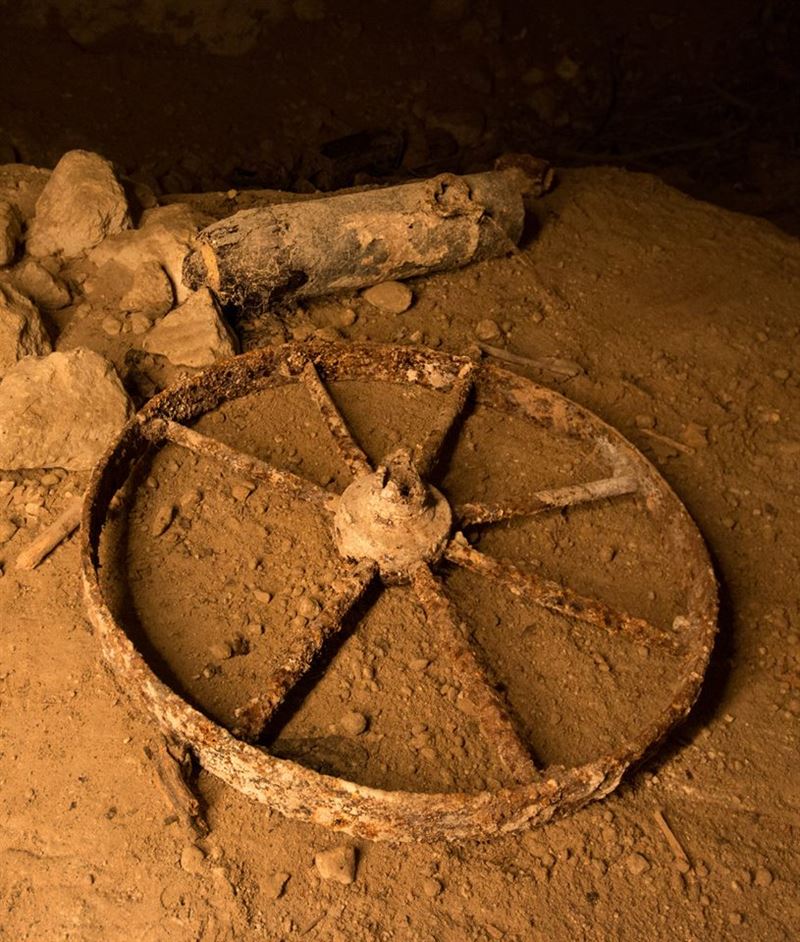