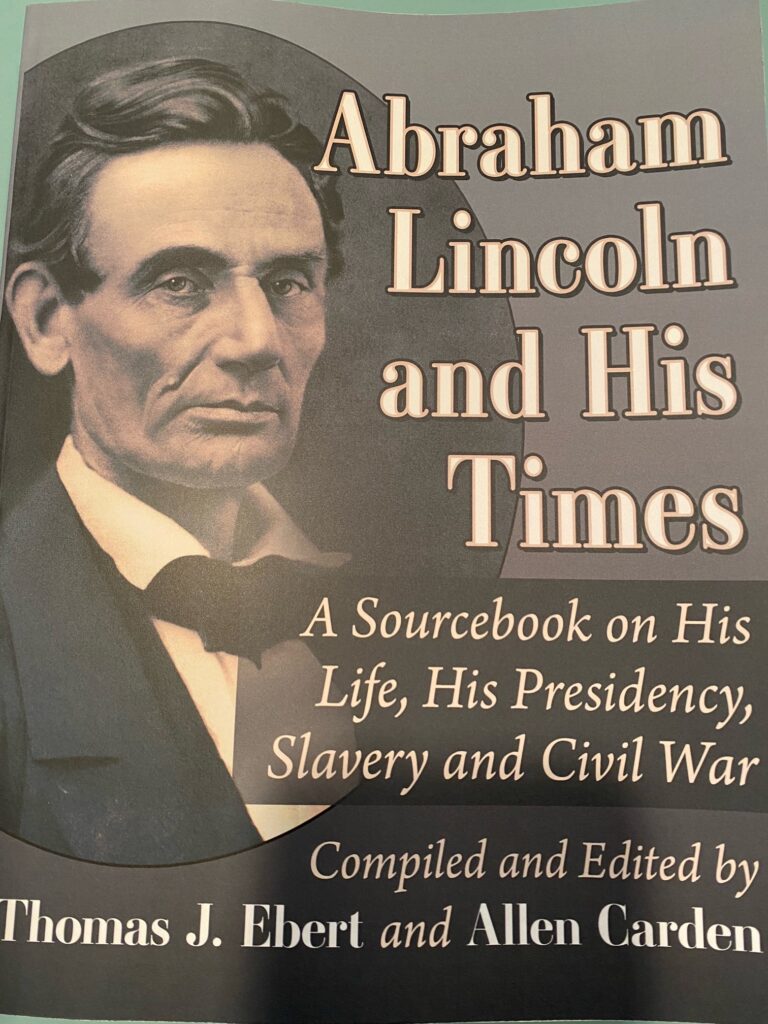 Being there . . . . in a few weeks for the celebration of Abraham Lincoln’s 214 th birthday, born
February 12, 1809, if you’ve believed in and loved the man so many millions have since that
tragic Good Friday, 14 April 1865. William Howard Taft, having been elected the 27 th president
of the United States only months before, addressed the American people on 4 March in 1909
with a tribute to Abe so commendable Cosmopolitan Magazine published its entirety. Let’s sit
in the first row, as close to the podium as possible, as Taft, a tear in his eye, spoke
spontaneously,
“It seems to me, as I study the life of Lincoln, that in his development and the position to
which he attained there is more inspiration for heroism and usefulness to the country than in
the life of any other one man in history. He had his weakness, like others. His education was
faulty. But by a certain sort of intellectual discipline, by self-education, he clarified his methods
of thought and expression so that he was able to meet every problem presented by a solution
as simple as it was effect. The responsibility which he had to assume when he came to the
presidency was awful to contemplate, and from the proverbial sadness of his features it is easy
to understand. The criticism and abuse to which he was subjected in the crises of the Civil War
one is ashamed to review as a matter of history. And yet it is of the utmost value in the
encouragement of others that they may not be borne down by the weight of hostile and
persistent criticism.
Mr. Lincoln’s biographer and partner, Judge Herndon, raises a question as to whether love
made up a part of Lincoln’s nature. He suggests that his consideration and charity resulted
rather from his sense of justice. I don’t know that such a discussion is profitable. Certain it is
that we never had in public life a man whose sense of duty was stronger, whose bearing toward
those with whom he came in contact, whether his friends or political opponents, was
characterized by a greater sense of fairness. And we have never had in public life a man who
took upon himself uncomplainingly the woes of the nation and suffered in his own soul from
the weight of them as he did, nor in all our history a man who had such a mixture of far
sightedness, of understanding of the people, of common sense, of high sense of duty, of power
of inexorable logic, and of confidence in the goodness of God in working out a righteous result
as had this great product of the soil of our country.
One cannot read of Abraham Lincoln without loving him. One cannot think of his struggles,
of his life and its tragic end, without weeping. One cannot study his efforts, his conscience, his
heroism, his patriotism, and the burdens of bitter attack and calumny under which he suffered
and think of the place he now occupies in the history of this country, without a moral
inspiration of the most stirring and intense character.”
“ABRAHAM LINCOLN AND HIS TIMES – – A Sourcebook on His life, His Presidency, Slavery and
Civil War”, Compiled and Edited by Thomas J. Ebert and Allen Carden. McFarland & Company,
Inc., Publishers: 2023: 445 pages, 8 ½’ x 11’, softcover; $125. Visit, www.mcfarlandpub.com.
Reviewed and highly, highly recommended by Don DeNevi

It isn’t surprising that to this very day, and hour, interest in Abraham Lincoln as president,
politician, commander-in-chief of the military, family, husband, father, and religious man, has
steadily increased since his assassination in 1865. However, tolerated he might have been by
the American public in the early 1860s, few had even a cursory awareness, or sincere
appreciation of who and what he was to the country.
Enter co-author Thomas J. Ebert, a retired reference and documents librarian at California
State University, Fresno, where he also served as associate vice president for academic
personnel, and Allen Carden, a professor of history and former president of Fresno Pacific
University. Not only has he written a treatise on the history of the emancipation, but also
coauthored a scholarly biography on John George Nicolay, Lincoln’s private secretary.
And what a team the two have formed. This nonpareil sourcebook is unequivocally the best
yet compiled. Other scholars have tried, but soon gave up. Brilliantly organized, they tediously
laid out in superb prose a new portrayal of Lincoln, his significant leadership, and contributions
to the history of slavery and emancipation, the Union’s preservation, and the formation of a
new national vision for America. Those who have perused this volume immediately see it’s one-
of-a-kind hybrid reference work that combines chronology with almost 400 primary source
papers to contextualize Lincoln’s life within his historical era.
Such written materials serve as the foundation upon which historians can construct a more
solid, informative, accurate picture of the America Lincoln knew. In addition to important
chronology and documents, this fabulous book includes introductory essays that summarize the
topics of each chapter, brief biographies of those referenced in the book, and source
bibliography. Historical records are the heart of this work. Documents illustrate different
viewpoints, to provide a full grasp of the time and place, as well as Lincoln’s significance during
this time.
Never has such a rich, totally absorbing sourcebook on Lincoln been compiled as this. Kudos
to McFarland for publishing it, super kudos, and then some, for the coauthors who obviously
worked for years on their mammoth reference. As for Lincoln, nothing speaks more of his
unique character, devotion to the people he served as president as the following letter he
wrote to Mrs. Bixby in Boston on November 21, 1864. The enormous tragedy he had to deal
with needs no further explanation here:
“Dear Madam,
I have been shown in the files of the War Department a statement of the
Adjutant General of Massachusetts that you are the mother of five sons who have died
gloriously on the field of battle. I feel how weak and fruitless must be any word of mine which
should attempt to beguile you from the grief of a loss so overwhelming. But I cannot refrain
from tendering you the consolation that may be found in the thanks of the republic they died to
save. I pray that our Heavenly Father may assuage the anguish of your bereavement and leave
you only the cherished memory of the loved and lost, and the solemn pride that must be yours
to have laid so costly a sacrifice upon the altar of freedom.

Yours very sincerely and respectfully, A.
Lincoln”
Who among us dares to say, “No, that great president didn’t weep a moment when he signed
his letter”?