An excellent book on the retrograde operations for Dunkirk in 1940. The Germans made a huge mistake by letting the British, French, and Belgium warriors escape by sea. This could have been a turning point in the war for the Germans. On the other hand, the Allied Forces did a masterful job of retreating to Dunkirk and the subsequent evacuation. This move saved hundreds of thousands of lives and allowed those same soldiers to live to fight another day. 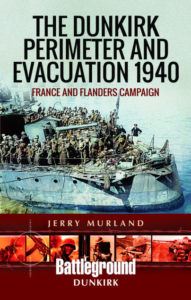 In 1940 the German war machine was rolling through Europe and crushing their enemies at each and every turn. During their pursuit of the British up into the Scheldt area and Dunkirk the Germans failed to follow up their victory. The High Command issued a Halt order that prevented the German forces from continuing to clear the area and thus enabled the Allied forces to conduct a thorough evacuation using warship, Tugs, fishing vessels, civilian recreational vessels, and whatever else could be used to evacuate the men left on the beaches of the Dunkirk area.

As I mentioned before, these same men would go on to fight the Germans another day. In my estimation this was a huge tactical error that allowed the English to remain a relevant force on the battlefield. In retrospect, if the Germans had continued to pursuit the enemy and dive him into the sea, it could have been quickly followed up with Operation Sealion, the German land invasion of the British mainland. The Dunkirk failure to follow up and later the decision to attack Russia were two tactical errors made by the Germans that sealed their fate.