An expedition was done to survey the historic World War II shipwrecks of HMAS Sydney (II) and the German raider HSK Kormoran. The wrecks lie in 2,500 metres of water, 20km apart, about 200km west of Steep Point (Shark Bay).

This survey expedition, made on 3 May 2015, was to uncover the secrets of the HMAS Sydney (II) and has produced a mass of images and footage that document the wreck sites of the HSK Kormoran and HMS Sydney and reveal more about the last moments of the ship.

This new photographic evidence appears to confirm why the HMS Sydney was so quickly disabled, leading to catastrophic damage and the devastating loss of everyone on board.

This new evidence provides support for the theory that within the first 30 seconds of the battle Sydney‘s bridge was destroyed, her command structure lost, and her ability to effectively fight back severely disabled.

A brief account on the HMS Sydney’s battle with the HSK Kormoran is sketched through information of German Fregattenkapitän Theodor Anton Detmers his interrogations.

On 19 November 1941, around 1700 hours, 120 miles west of Shark Bay (Western Australia) HMS Sydney spotted a merchant vessel. The vessel was in fact the German Raider HSK Kormoran which was disguised as the Dutch merchant Straat Malakka. Sydney challenged the vessel, while closing the distance between the two ships and flashing the signal NNJ (“You should make your signal letters”). When replying to Sydney‘s signal, the raider’s flag hoist was deliberately fumbled and then hoisted in a position where the flags would be obscured by the funnel and difficult to read. The Sydney repeatedly demanded that the signal be hoisted clear, and, when the Kormoran eventually complied, the letters PKQI could be discerned. This was the callsign of the Dutch freighter Straat Malakka.

At 1800 hrs, to further the deception, Kormoran broadcast a QQQQ ‘suspicious ship sighted’ message, feigning a cry for help in the name of Straat Malakka.

Sydney next signalled: “Where bound?”, to which the Kormoran replied: “Batavia”. Captain Burnett must have been still suspicious as the Australian cruiser’s next signal was “IK”. To the Germans this signal made no sense as, according to the code book, it meant “You should prepare for a cyclone, hurricane or typhoon”.

The letters were in fact the middle letters of the secret callsign of the real Straat Malakka (IIKP) and the correct response was to send the outer letters. This, of course, the Kormoran could not do. The HMS Sydney‘s fate was sealed when she flashed to the Kormoran: “Show your secret sign.” Fregattenkapitän  Theodor A. Detmers now had no choice but to fight.

Detmers ordered the Dutch colours to be struck, hoisted the German naval ensign and opened fire with all armament at approximately 1830 hrs. It is likely the Kormoran’s first fire destroyed Sydney’s bridge, putting her central gun control out of action. Sydney’s own guns opened fire almost simultaneously, passing over Kormoran without inflicting damage.

With a second round of fire, Sydney hit the Kormoran’s funnel, engine room and electrical installations, starting uncontrollable fires. whilst further artillery went over the ship. The Kormoran fired two torpedoes, one striking under Sydney’s turrets and the other passing close ahead of the ship. The cruiser’s forward turrets were knocked out by the raider’s third and fourth salvoes, then the fifth caught the Sydney‘s aircraft on the catapult, wrecking it and spreading burning fuel over the ship amidships.

In a last attempt at battle, Sydney turned sharply towards the Kormoran as if attempting to ram. Sydney, crippled and on fire, steamed slowly to the south returning sporadic fire, still receiving steady hits from the Kormoran. At 1900 hrs, the Kormoran fired a single torpedo, missing Sydney’s stern. The HSK Kormoran fired her last shot around 1925 hrs from 11,000 yards whilst at that time her own engine room was wrecked and uncontrollably ablaze.

As a raider she was finished and, mindful of her full cargo of mines, Detmers ordered her abandoned. As the crew left the Kormoran scuttling charges were set. They were fired at midnight when the last of the crew had departed. At 12.30 the mines exploded and the Kormoran sank. Of her crew of 393 officers and men, 78 lost their lives, either in the action or the sea afterwards. Two captured Chinese were also killed. Survivors were saved by British merchant ship Centaur.

The Sydney was last seen about ten miles away, well ablaze and limping off into the gathering evening. Her glare could be distinguished until 10.00 and then only occasional flickerings which had ceased by midnight. Of her complement of 645, none survived. 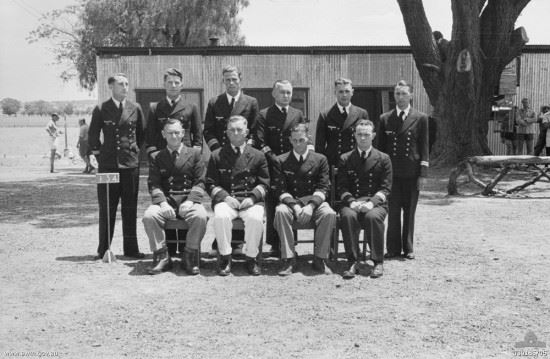 Interesting documents: find here a list of German survivors from the HSK Kormoran and speculations why the HMAS Sydney came so close (and answers).

Western Australian Museum CEO Alec Coles said it was a remarkable early discovery for the expedition, and provided support for the theory that within the first 30 seconds of the battle Sydney‘s bridge was destroyed, her command structure lost, and her ability to effectively fight back severely disabled.

“This also supports the German captain Theodor Detmers’ account of the battle which states the first salvo to hit Sydney was a direct hit to the bridge,” Mr Coles said.

“It would appear we now have photographic evidence to support that, thanks to Curtin University’s technology.”

When the wrecks were found in 2008 the shell hole was not obvious, presenting as a shadow in the photographs taken at the time. The new imaging technology developed by Curtin University is throwing new light on the historic site.

Listed is a summary of findings by Mr. Alex Cole: