The combatants of World War I came to the battlefield with a significant amount of baggage. France and Germany had been particularly hostile to one another since the Germans took Alsace-Lorraine away from the French in the Franco-Prussian War of 1870, and the French intended to get their lost lands back. Austria was a waning empire run by the aging Emperor Franz Joseph; Germany was a new imperial power eager to acquire land and prestige, and equally zealous to encourage its Austrian allies to provoke war after the assassination of Austrian heir Franz Ferdinand. Great Britain was an established empire as well as a naval power, but the British had no plans to become embroiled in another European scuffle.

The hostile nations had been honing their battle plans well before the outbreak of World War I. It didn’t take long before both sides discovered that once the guns began firing, even the best-laid plans took a back seat to real-time fighting.

The Germans had the Schlieffen Plan, created by Field Marshal Alfred von Schlieffen who, while he was Chief of the Imperial German General Staff in 1905, concocted what he was assured was the fastest, most effective means of winning a war against France. Confident that it would take the Russians six weeks to mobilize their massive army to the east, Schlieffen’s goal was to mount overwhelming force against France in the west. With speed and success assured, the Germans would then have time to transport their soldiers from vanquished France to Russia, where they would swiftly dispose of the Russians and emerge victorious, the undisputed masters of Europe.

The French, not to be found lacking in planning, had their own battle strategy, known as Plan XVII. First on the agenda was, of course, the recapture of Alsace-Lorraine from the Germans. After the four French Armies achieved their initial goal, they were going to head into Germany; either by going through the Ardennes forests or via Luxemburg and Belgium. Galvanized by the restoration of Alsace-Lorraine to its rightful heritage, the French troops would have no problems in sending the Germans back home in defeat. Both countries, in addition to their planning, had been conducting a military build-up in preparation for the war. The Germans had embraced innovative weaponry that would give them a military advantage in the onset of the war, and zeppelins and machine guns would imprint technology on the twentieth century’s style of war. The French, wary of invasion, had built up defenses on the border they shared with Germany so that, if invaded, the Germans would not find France easy pickings.

The French assumed that the Germans would honor Belgian neutrality. The Germans intended to ask Belgium to give them permission to cross its borders so that they could reach France. The plans were sound, but neither nation took Belgium into account, and Belgium had an ace up its sleeve: according to the Treaty of 1839, if anyone violated Belgian neutrality, Great Britain would come to the nation’s defense. But that seemed unlikely; a German official dismissed the Treaty as a “scrap of paper.” 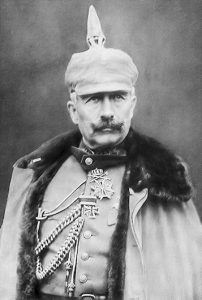 After all, Belgium and Germany were neighbors and trading partners. Neither Germany nor France had violated Belgian neutrality during the Franco-Prussian War. The French assumed that the Germans would honor Belgian neutrality. But before the war, the Kaiser had informed Belgium’s King Albert I that in the event of another war with France, Germany would need to cross Belgium. King Albert replied that Belgium was a nation and not a road. Germany didn’t seem to get the message

The speed that the Germans were counting on had unexpectedly slowed down. The Russians mobilized faster than the Germans had expected them to and their offensive on the Eastern Front accelerated. The French had their own way of speeding up the action by commandeering taxis in Paris to transport thousands of soldiers to the front lines. 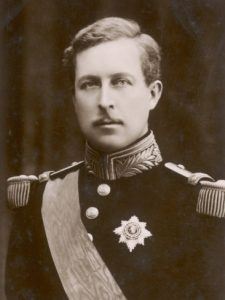 And then the Belgians delivered a speed bump on the road of the German war machine’s advance. Belgium refused the German request to cross its borders, but Germany’s request had been for form’s sake. They needed to get to France quickly and that meant using Belgium as an on-ramp. But instead of a smooth transport through the country, the Germans met Belgian resistance that slowed down their advance to France. The Belgian military was small but brave, with 43,000 men in its infantry divisions, 115,000 reserves, and twelve aircraft in its Air Force.

The Schlieffen Plan may have suffered a delay at the hands of the Belgians, but the Germans also had zeppelins and howitzers which ultimately overpowered the Belgians. As it was apparent that Belgian neutrality had been violated, Great Britain was called upon to make good on the promise it had made in the previous century. On August 4, 1914, the British joined France and Russia against Germany and Austria.

The plans of both nations depended upon swift results in order to achieve an easy victory. The gods of war smiled grimly; the bloody carnage of World War I lasted four long years and were anything but quick or easy.