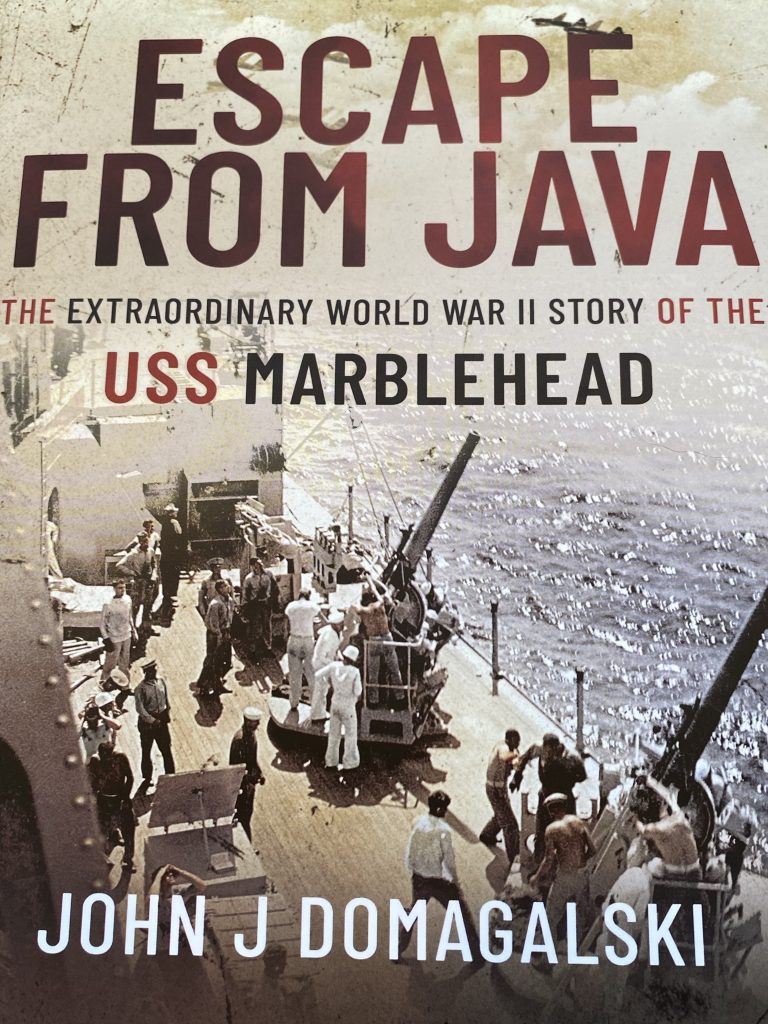 Being there . . . for the first-person accounts from the sailors aboard the old light cruiser USS
Marblehead of the U.S. Asiatic Fleet sailing the waters of East Asia on December 7, 1941, when
Imperial Japan unleashed a series of devastating surprise attacks across the region. Then, on
February 4, 1942, observe large bombs slam into the elderly lady causing fires, casualties, and
knocking out her steering gear. Watch a third bomb explode close by underwater. And how a
near miss ripped a large gash inro her hull allowing a torrent of water rush inside the disabled
ship . . . .

This superlative book written by a deeply respected author-historian of U.S. naval operations in
the Pacific Theater in WW II, John Domagalski (www.pacificwarauthor.com), takes us
throughout the sinking ship as the story unfolds, placing us next to gunners fighting fatigue and
shrapnel to keep their guns firing; then side-by-side with medical staff tending to the wounded;
and he even places us behind the damage control sailors below working and splashing in
flooded compartments to save the ship as the fires rage above. The damage was so critical the
Japanese pilots and the nearby ships radioed naval headquarter in Tokyo they had sunk the
Marblehead. Much later, those same Japanese were stunned to learn the super-human efforts
of our resolute sailors and their resoluteness, successfully sailed the crippled ship 13,000 miles
home, an amazing achievement, beautifully narrated by John.
By the time author John Domagalski copyrighted his fine narrative in the Spring of 2022, no one
who served aboard the USS Marblehead was still alive. One can imagine the enormous
challenges he faced writing about a story about a World War II conflict fought more than 75
years ago – and no one had ever heard about! But John proudly mastered the difficulties,
resulting in a minor masterpiece of a hitherto unknown story. His accumulation of the pictures
alone required personal contacts and the patience that followed to secure their use. To test his
narrative skill, read his two-page Acknowledgments, viii and ix. All in all, “Escape from Java” is a
must summer read.