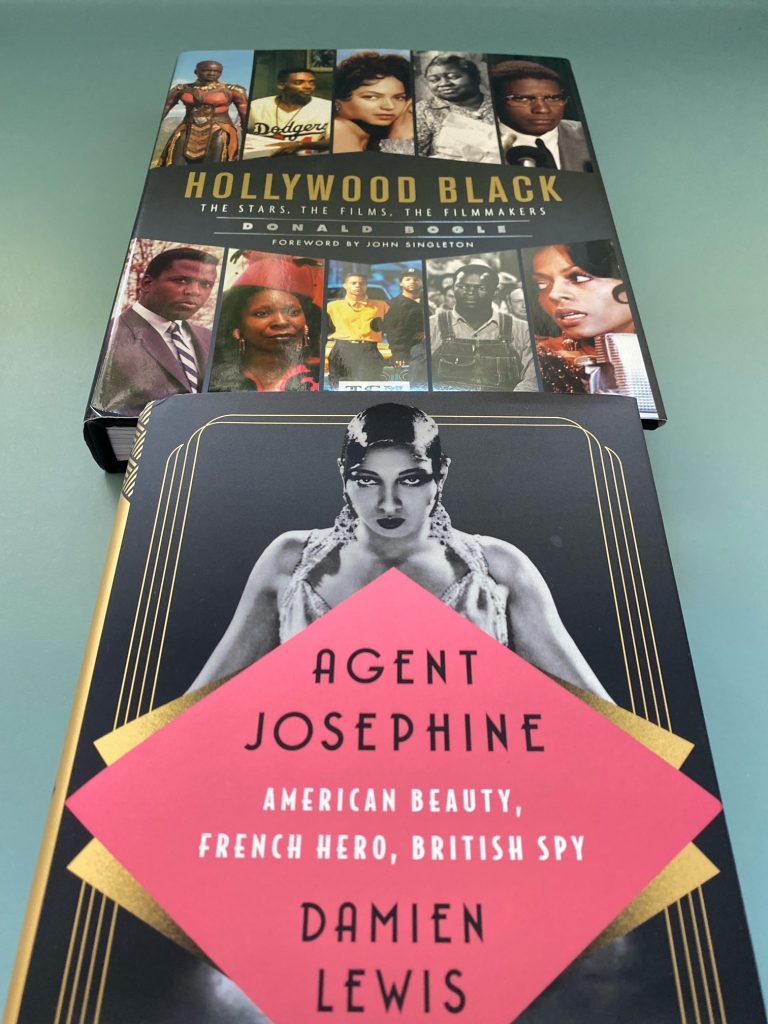 Being there . . . . to read with empathy, then treasure as literary heirlooms for family
generations to come, two unforgettable, elegantly written masterpieces, one (to be read first),
a sweeping chronicle capturing the essence of blackness on the staggering, wonderful stage of
cinema; the other, a wholly demanding biographical study of a rarely acknowledged American
actress’s struggle to remain undetected, and alive, while fulfilling and her espionage duties
amid entertaining, experiencing love, and facing racist adversities in World War II France . . .
TWO POWERFUL, UNFLINCHING MASTERWORKS OF BLACK FILMMAKERS AND PERFORMERS,
ONE A CONTROVERSIAL, BEAUTIFUL ACTRESS FORCED TO FLEE AMERICA FOR HER ADOPTED
FRANCE, THEN UNHESITATINLY PLACED HER LIFE ON THE LINE AS A DAILY OPERATIVE FOR
BRITAIN DURING WORLD WAR II
Reviewed and highly recommended by Don DeNevi
“Hollywood Black”, by Donald Bogle seeks to set the historical record straight of black struggles
and triumphs of more than a century of cinema. It charts that long journey, examining cinema
that is often disturbing, but also compelling and spotlights the way that films and film stars
reflect the social and political attitude and perspectives of the eras in which they first appeared

sentences she appears in “HOLLYWOOD BLACK” (pp 15, 19, and 184). Had he, or any one of us,
known that during the 1939-1945 years the Nazis banned her from the stage, along with all
“negroes and Jews”, and instead of returning to America she vowed to stay and fight the Nazi
evil, we all would have relishes writing “Agent Josephine” ourselves. French hero, British spy? In
the 1930s, the world’s most photographed woman spying against the Germans? The American
music-hall diva renowned for her singing, acting, beauty, and sexuality? The highest-paid
female performer in Europe? An American spy?
Riveting reading, especially reading the brilliant presentation of the history of Hollywood’s black
movie stars, including Josephine Baker, their films, and the usual black filmmakers who
contributed so much to our great cinema.