Editor’s note: Photos and photo captions are courtesy of artists’ Facebook pages, but may be edited for brevity. Photos featured are from National Archives, National and State Libraries, Australian War Museum, Imperial War Museum, newspapers or donated by third parties. Permission was granted to feature the colorized photographs on Argunners Magazine.

Photos of World War I 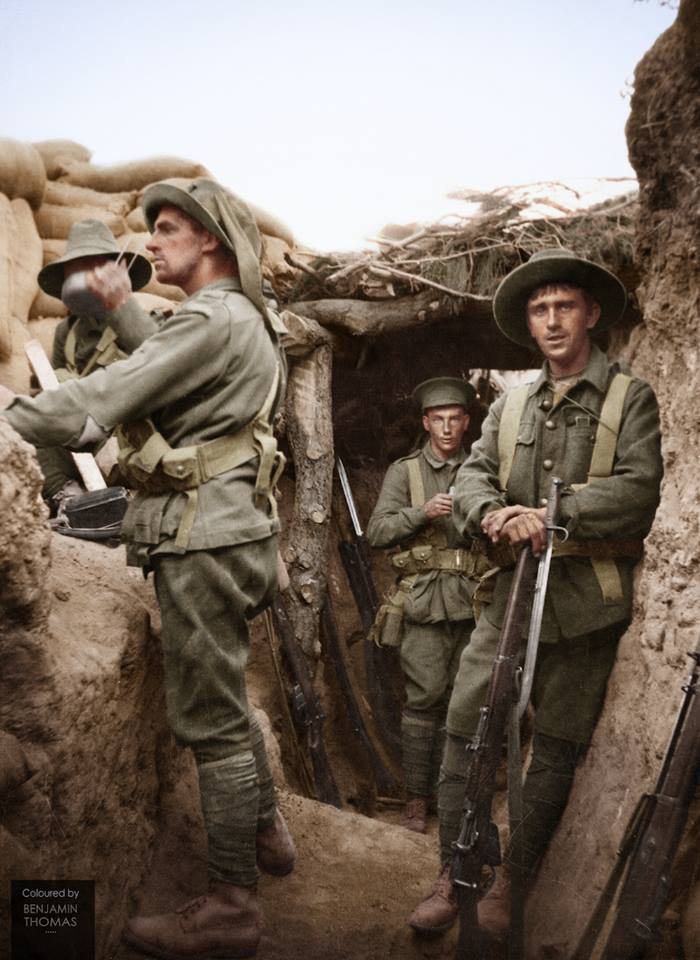 Exhausted Australian soldiers pose for a candid photograph in the captured Turkish trenches at Lone Pine, Gallipoli Peninsula, on the afternoon of the 6 August 1915. [Colorized by Benjamin Thomas]

Unidentified men of the Australian 5th Division enjoying a smoke and rest by the side of the Montauban road, near Mametz, France, while en-route to the trenches. Most of the men are wearing sheepskin vests and woollen gloves, and are carrying full kit and .303 Lee Enfield rifles, December 1916. [Colorized by Benjamin Thomas] 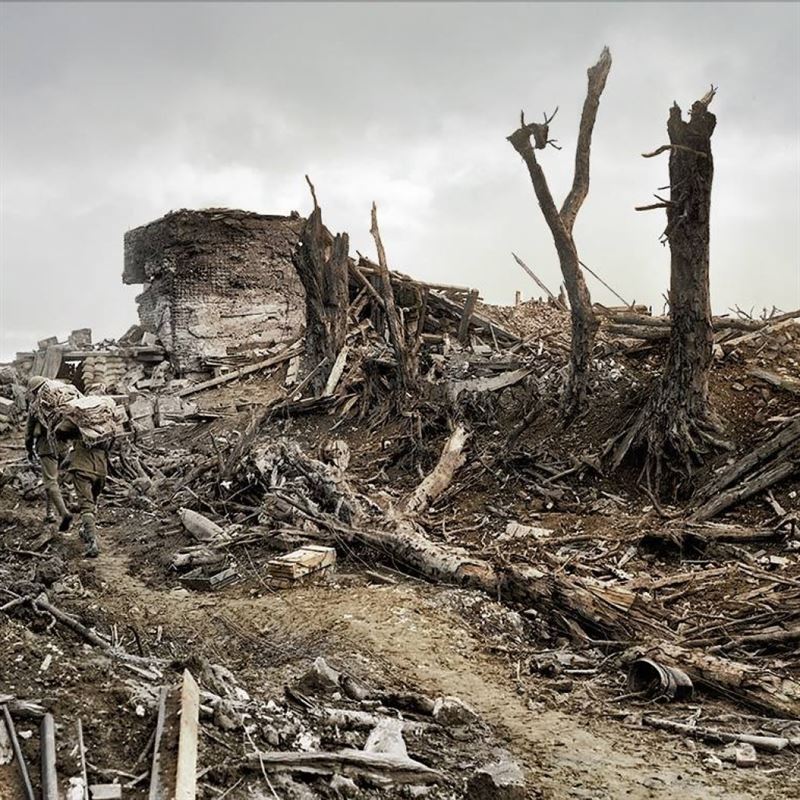 An Australian fatigue party from the 7th Brigade (far left) carrying piles of empty sandbags to the front line through the devastated area near Pozieres, 28th of August 1916. [Colorized by Benjamin Thomas]

An infantryman of ‘A’ Company, 11th Battalion, The Cheshire Regiment, on sentry duty in a captured German trench near the Albert–Bapaume road at Ovillers-la-Boisselle, during the ‘Battle of the Somme’ in July 1916. [Colorized by Doug Banks]

2 thoughts on “World War I in colorized images”