Beneath are a selection of photographs from KO’d and destroyed Tanks (“Panzers”) from the German armed forces during the Normandy campaign in 1944.

“And if we are abandoned by treacherous luck,
And if we don’t return home again,
If death’s bullet finds us, and fate calls us away, yes, us away.
Then our tank shall become an iron grave!” 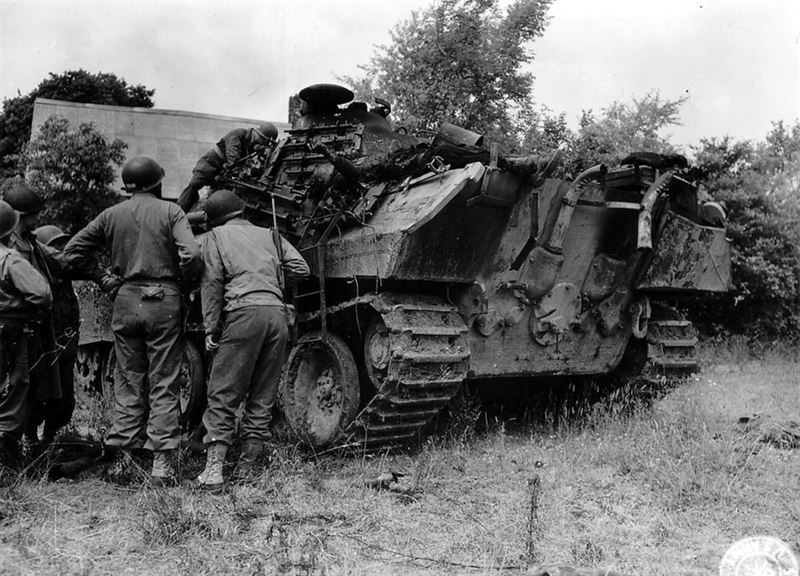 Panther wreck being inspected by U.S. Soldiers in Normandy. 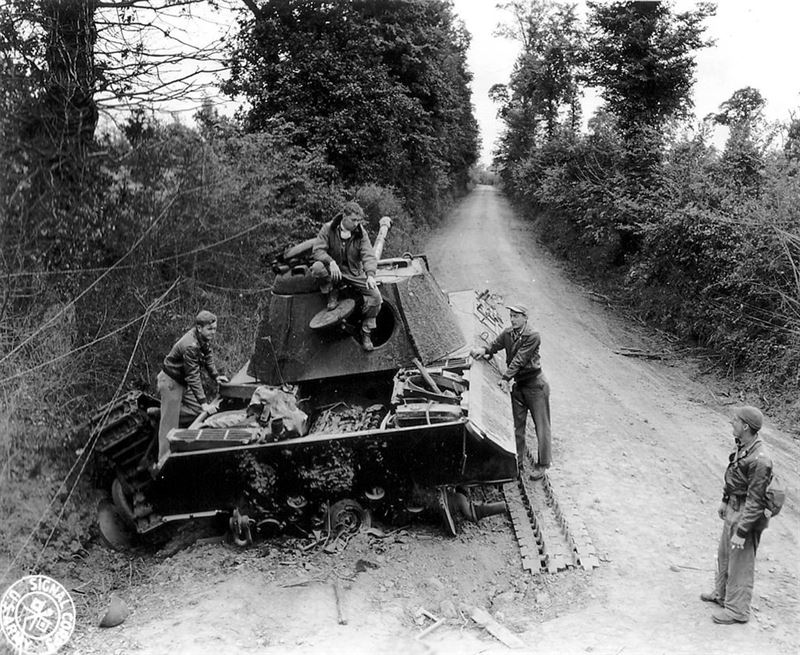 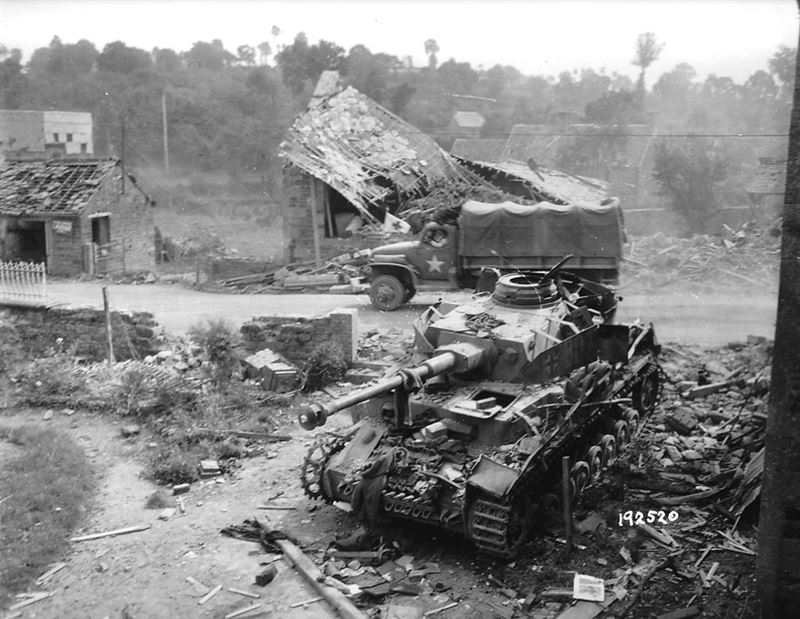 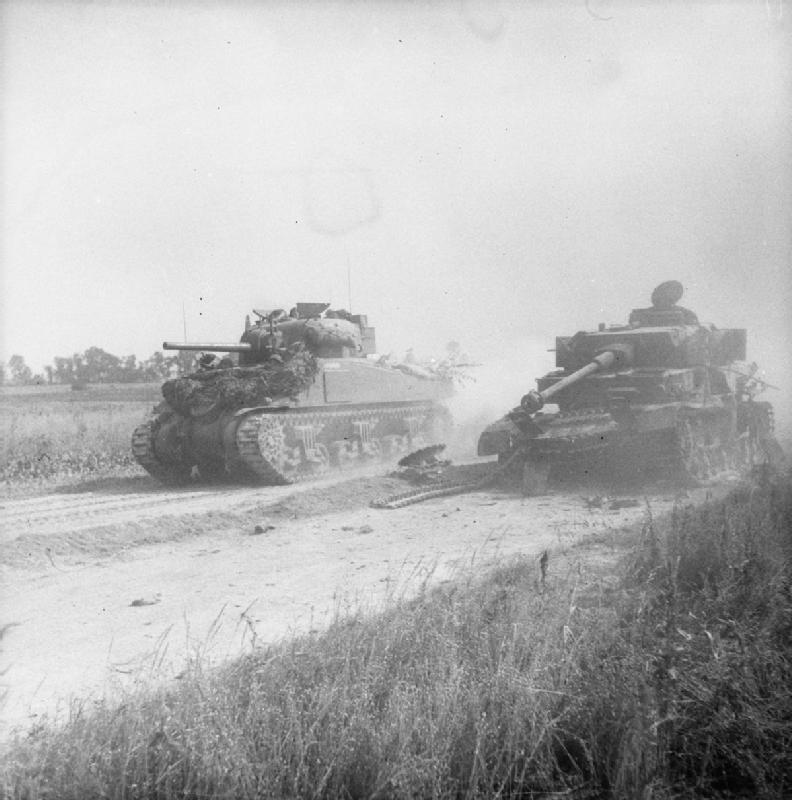 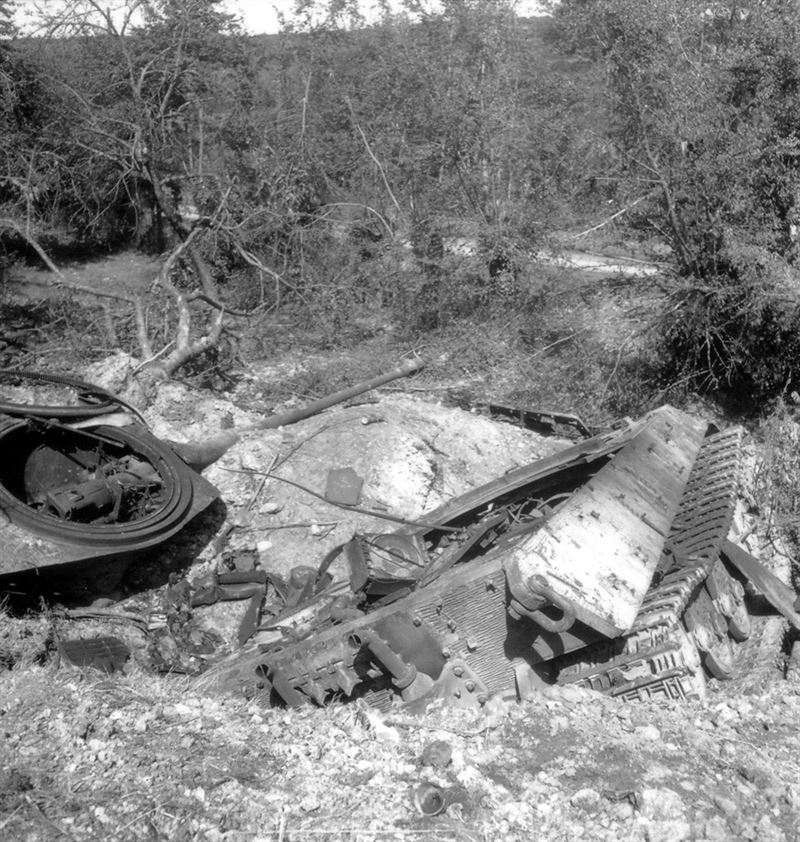 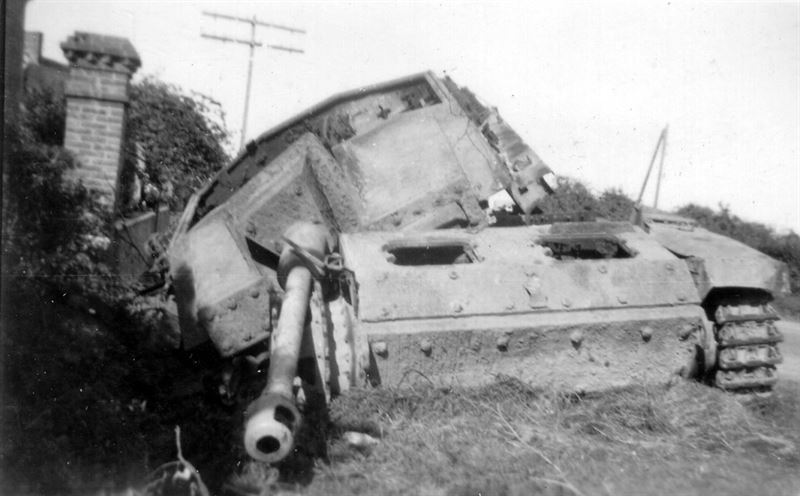 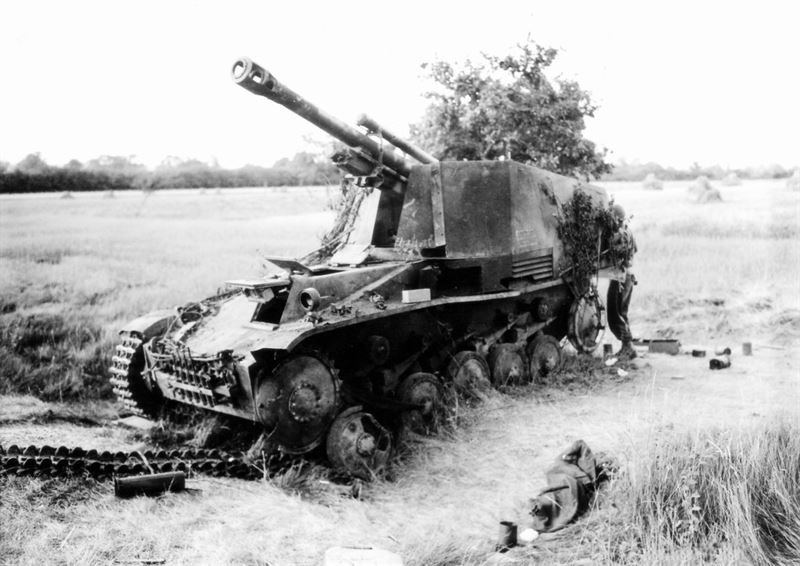 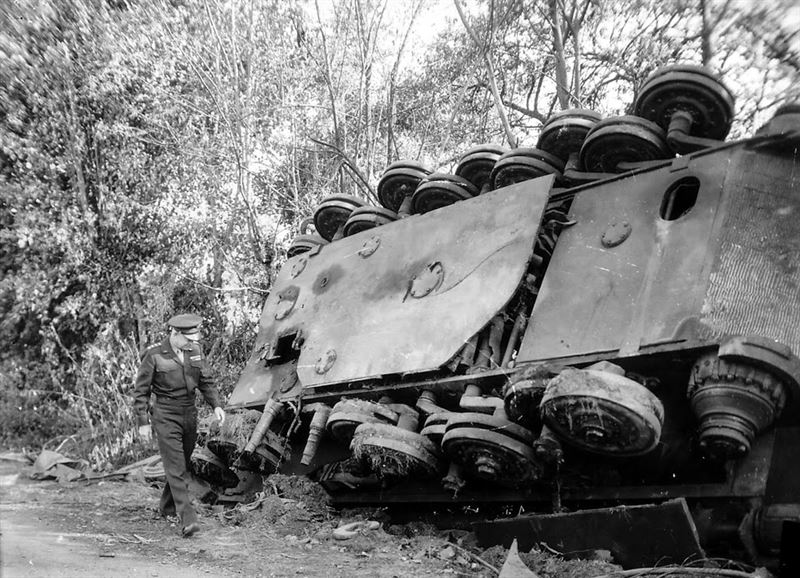 Dwight D. Eisenhower walking past a destroyed German Tiger Tank after the battle of Chambois, France 1944.

A StuG IV destroyed and abandoned in Normandy, 1944. 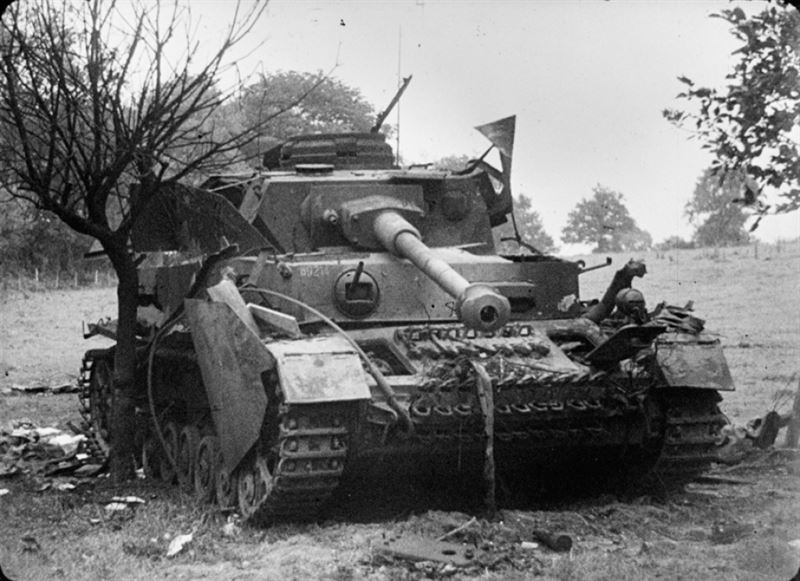 A knocked-out Panzerkampfwagen IV, August 1944. German panzer divisions had one battalion equipped with the Pzkpfw IV and another with Panthers, with a total of 160 tanks at full strength. Actual numbers varied widely though, and the Germans were unable to replace their losses.

A Panther of Panzer Lehr Division, one of five knocked out in the village of Lingèvres by a single Sherman Firefly of 4th/7th Dragoon Guards on 14 June 1944. The Panther was a formidable opponent, superior to most Allied tanks, but vulnerable to the British 17-pounder gun mounted on the Firefly. 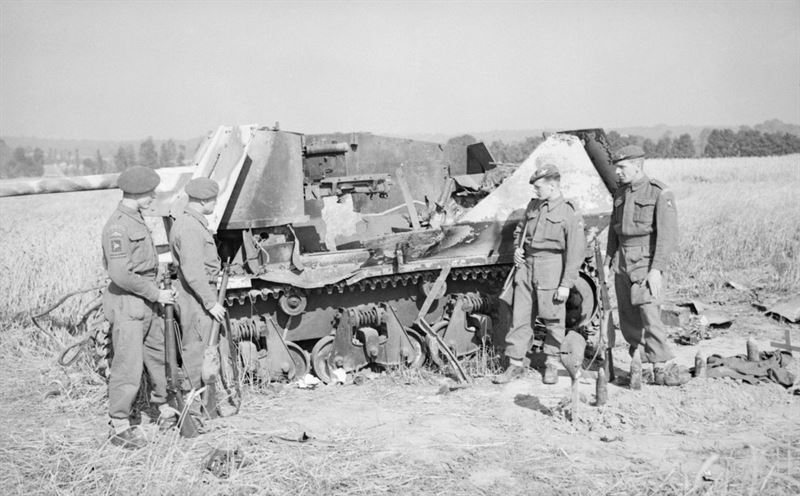