In 2011 a team of researchers, led by Australian journalist Ross Coulthart made an incredible discovery, when they uncovered a collection of hundreds of photographs from World War One.

The photographs were taken by a French couple, Louis and Antoinette Thuillier during the First World War and are a fantastic and very natural collection of portraits of Allied soldiers who were billeted in the village when they were away from the trenches.

The collection of images lay undiscovered for a century in the attic of a French farmhouse in the village of Vignacourt for almost one hundred years.

When the BBC’s The One Show began a public plea to try and identify these Lost Tommies, colourisers for the WW1 Colourised Photos Facebook page rose to the challenge and led by Doug Banks, started to colourise these fascinating images, in order to bring the subjects ‘to life’ and help the Lost Tommies appeal.

Tom Marshall from PhotograFix (Facebookpage) has been colourising photos for a number of years now, and when Doug suggested the colourising project to him, Tom was delighted to make his contribution, by colourising the images featured in this article.

Of the hundreds of pictures, Tom chose these particular ones because of their clarity, and crispness of the faces. He believes that colour can add another dimension to a person’s face, and aid in recognising family resemblances in old photographs, hopefully aiding the campaign to identify the Lost Tommies.

None of the men in these photographs have been identified yet, and these are just a tiny selection of the thousands of images in the collection. The original images are included in Ross Coulthart’s book.

The first image is of a Lance Corporal in the Royal Army Medical Corps: 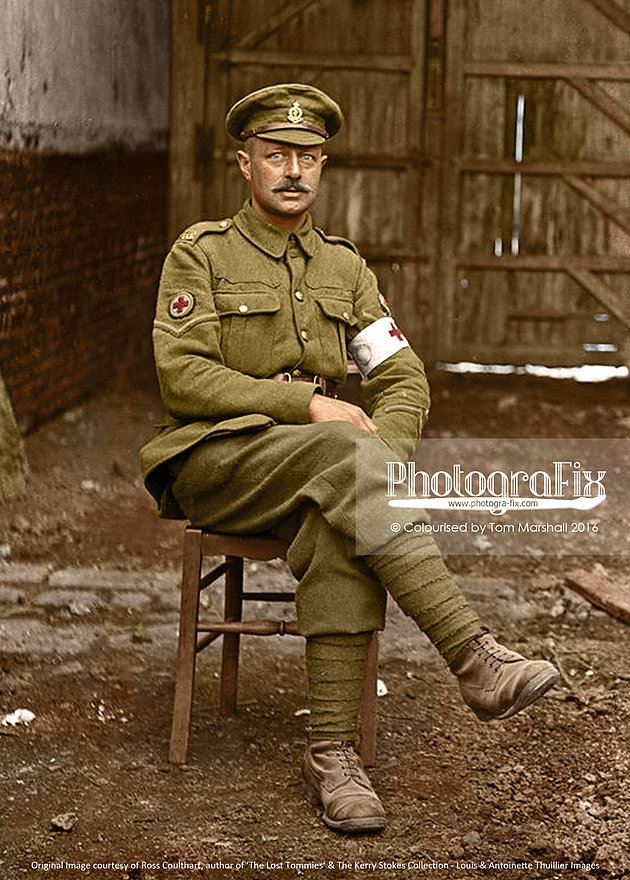 Tom added to beneath image: “I was drawn to the eyes in this photograph. They look like the eyes of a man who has seen too much. When colourising the images it’s impossible to know the subject’s eye colour from the black & white image. As his hair is light and fair, blue eyes are a guess, and in turn make the image more striking.” 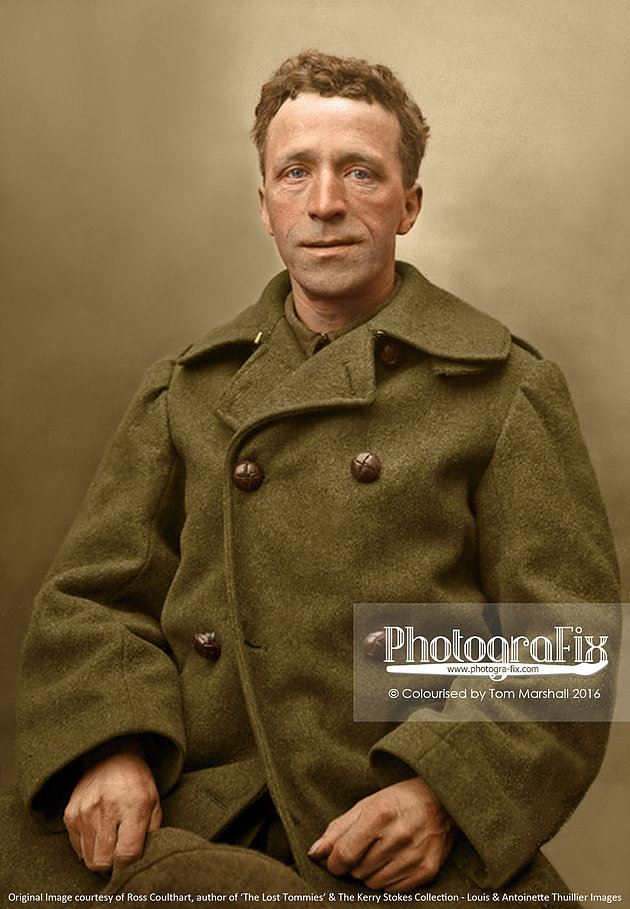 “Below is an unknown British Colonel. He is wearing the Military Cross medal ribbon, but I have not been able to work out the other ribbons. Based on his age, rank and the shades of grey, I have painted these as Boer War campaign medals, though this is merely speculation as I don’t know his identity.“, said Tom. 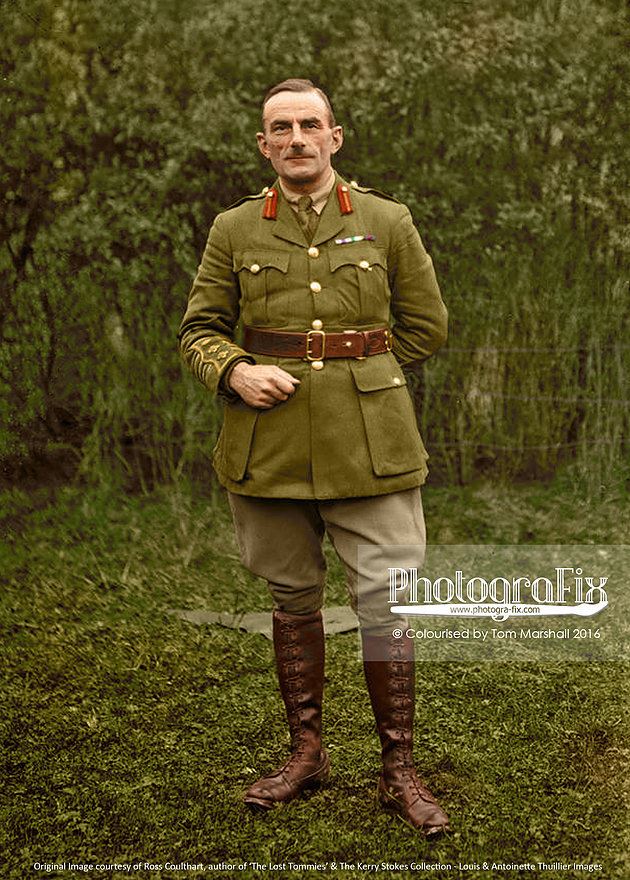 This soldier of the Durham Light Infantry looks the classic ‘movie star’ soldier.  He is sporting the ribbon of the Military Cross and may well have been a well known man.

A soldier of the British West Indies Regiment. 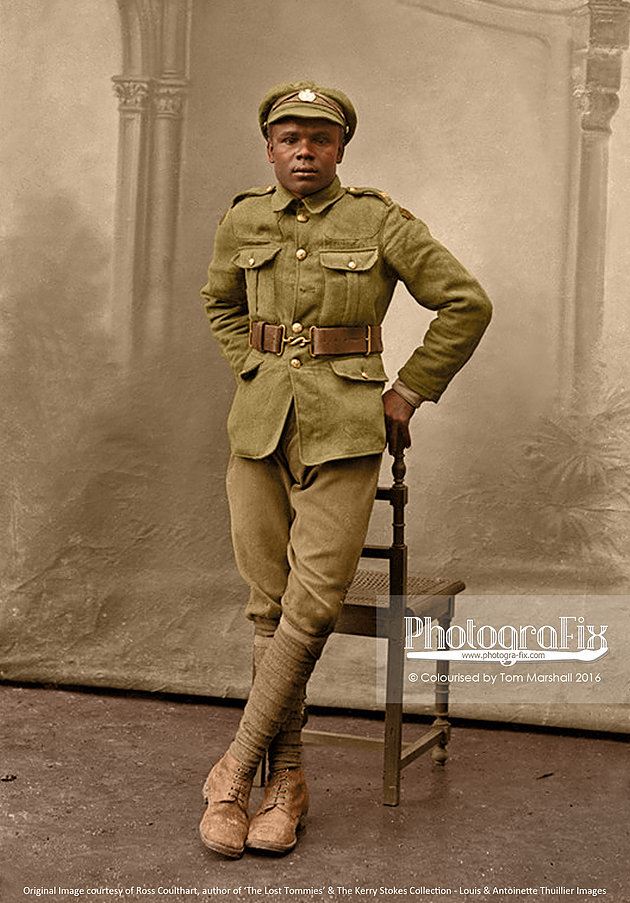 An unconventional pose, highlighting the more casual approach to many of these photos.  This man has Two Years Overseas Service chevrons on right sleeve and a Good Conduct (Three Years) chevron on his left sleeve. 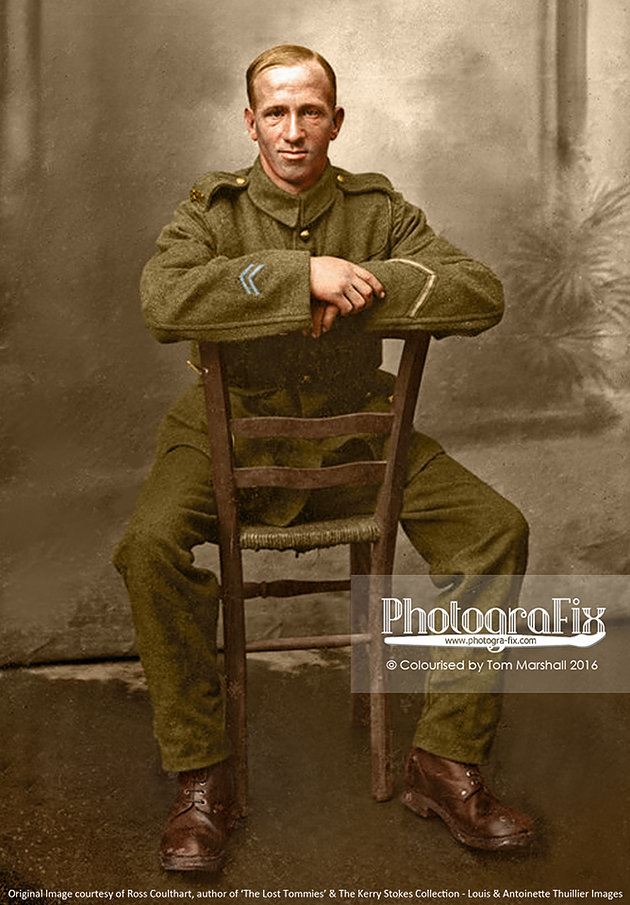 An rather tired looking soldier from the Army Service Corps.  The ASC later became the RASC and was responsible for land, coastal and lake transport, air dispatch, barracks administration, the Army Fire Service, staffing headquarters’ units, supply of food, water, fuel and domestic materials such as clothing, furniture and stationery and the supply of technical and military equipment. 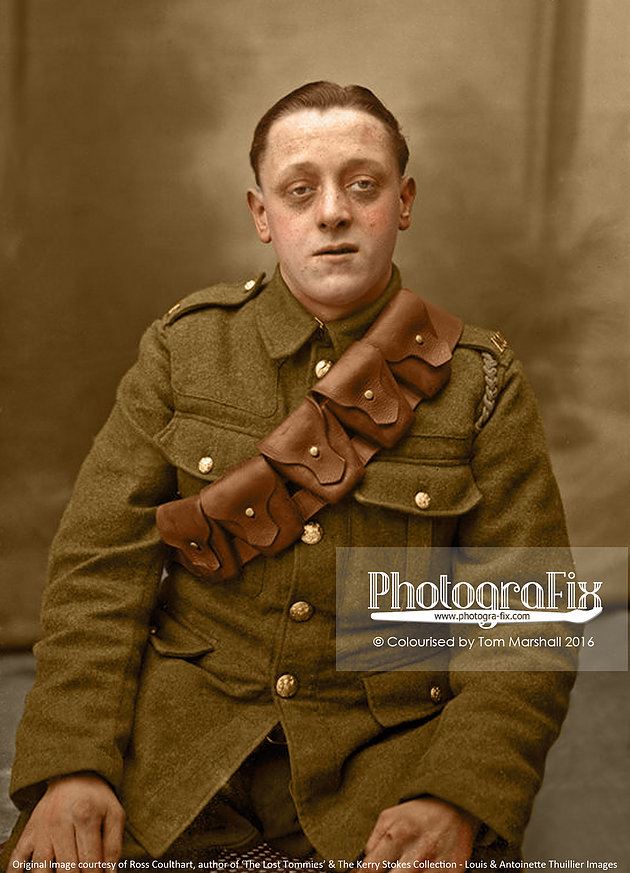 Another soldier of the Army Service Corps. 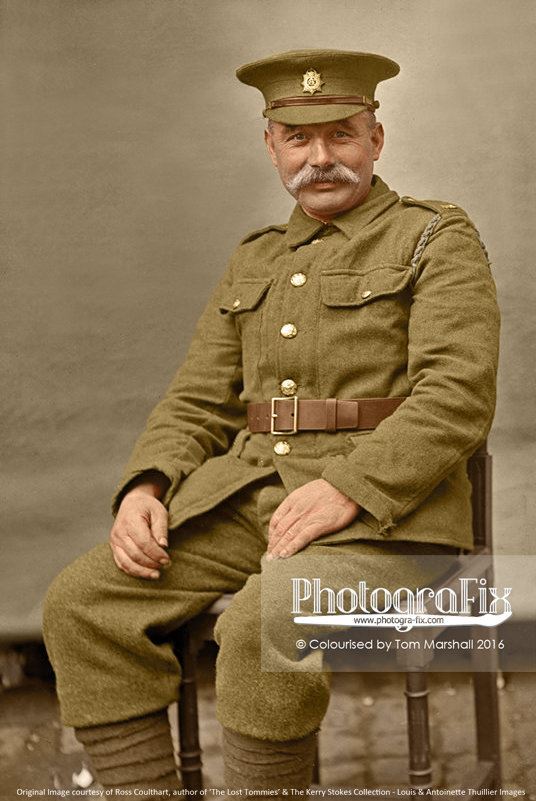 A soldier (possibly of the Leeds Rifles) sporting an injured hand. 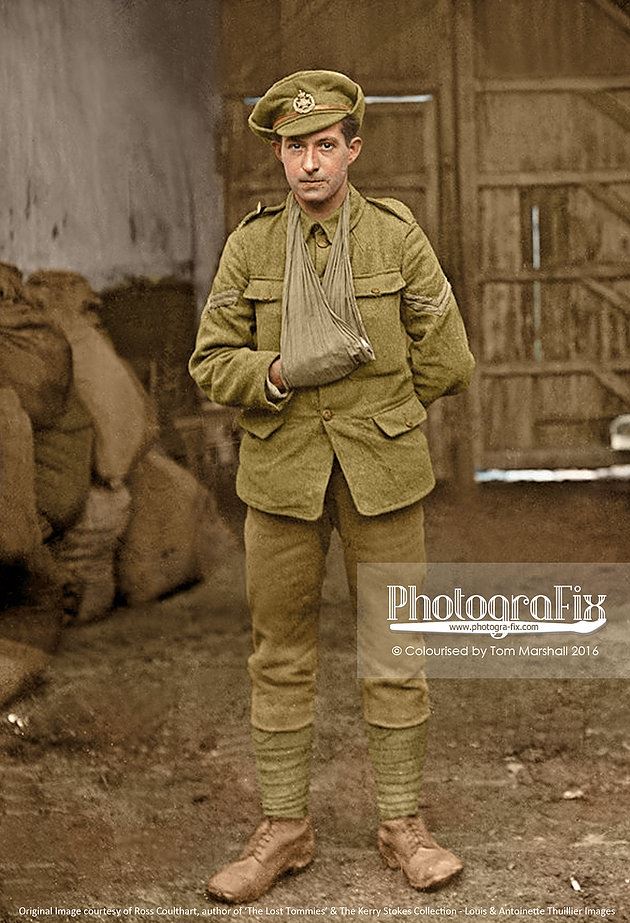 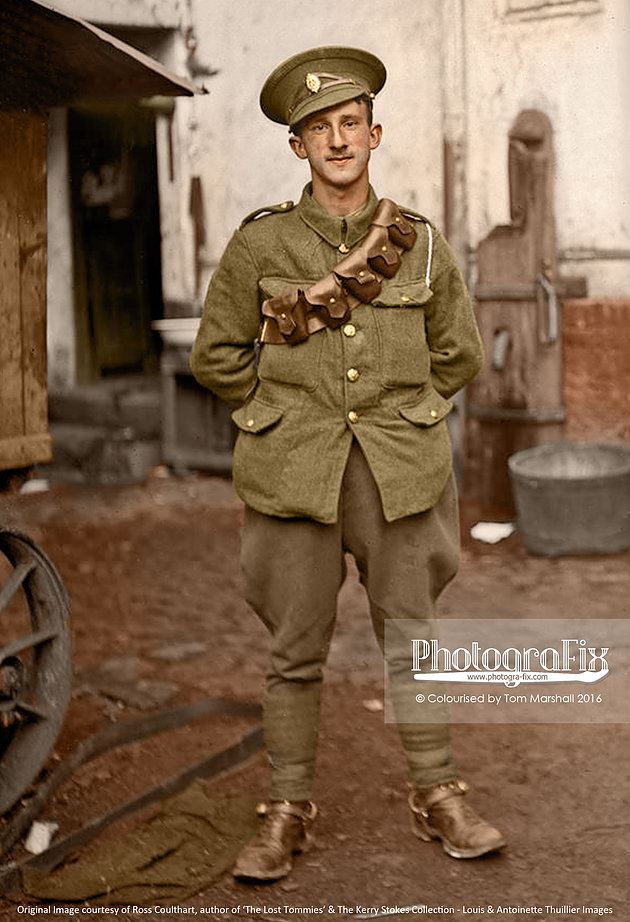 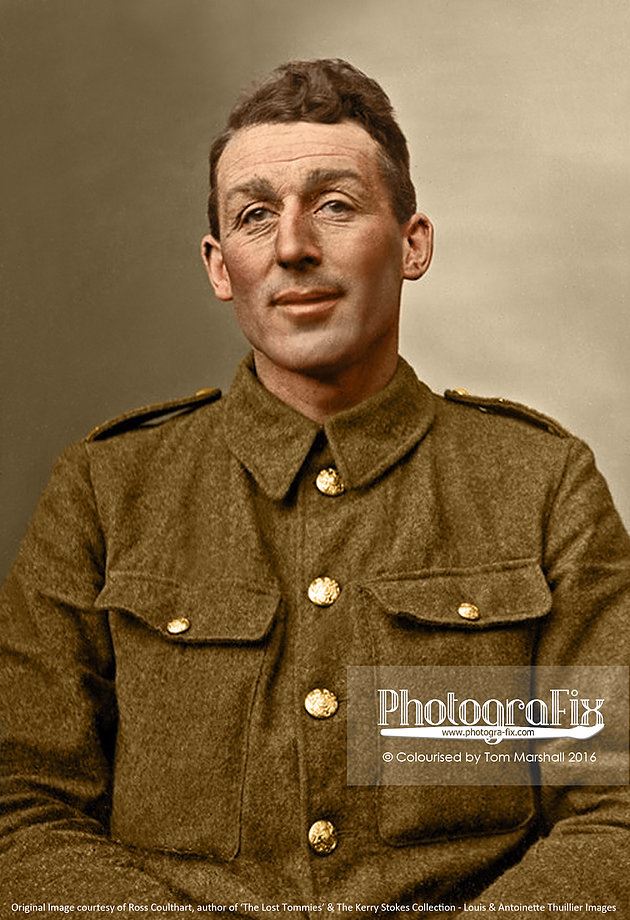 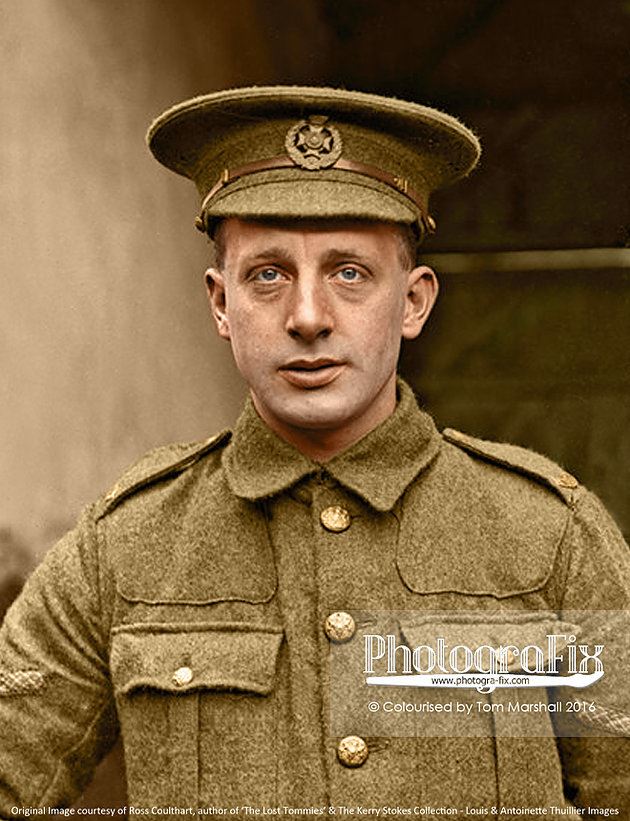 This final image is a departure from the other portraits, showing an unknown British Tommy from the ‘A’ Squadron, the North Irish Horse Regiment. 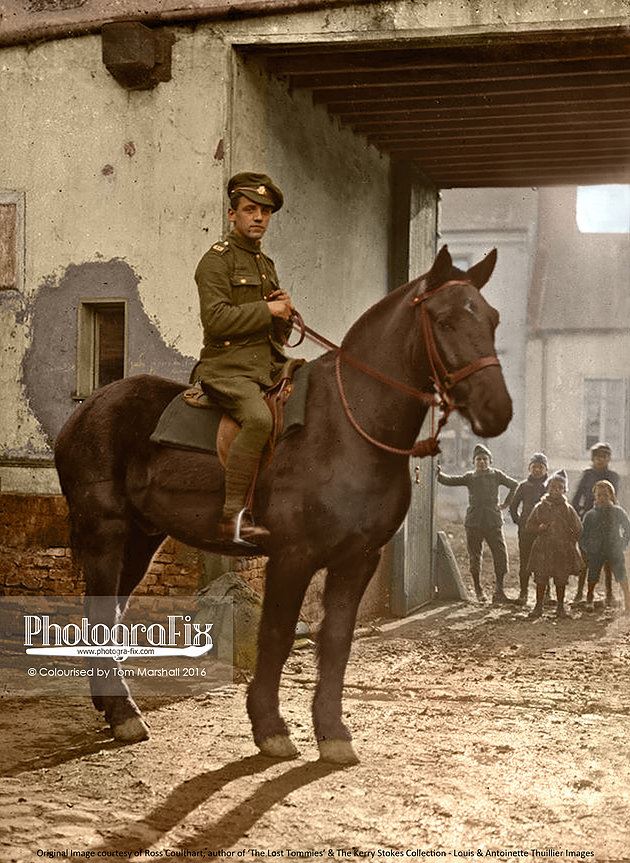 We need your help!

In the following 5 albums are images of hundreds of ‎Lost Tommies‬ – soldiers from the first world war who are so far unidentified. We’d love your help to identify them.

What makes the pictures all the more powerful is that the village of Vignacourt was a days march from the frontline that would be the centre of the Battle of the Somme, so a lot of the men who had their photos taken would have died weeks or even days later. The vast majority of the men remain unidentified because of the informal nature of the photos and that is why we need your help.

Ross Coulthart has collected the images together in a book called ‘The Lost Tommies‘. You can purchase it online on Amazon (US).