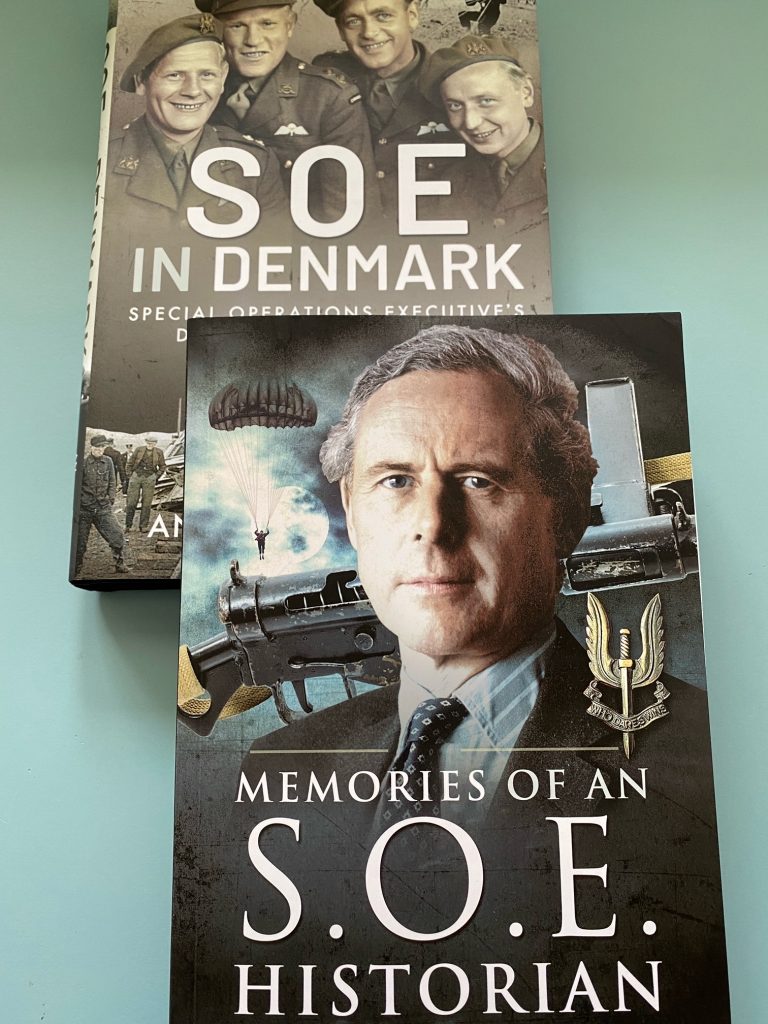 Being there . . . .at the birth, growth, and development of an underground military unit that
waged relentless guerilla war in enemy-occupied Europe and Asia in World War II. Observe up
close, face to face, how defiant, highly trained agents, men, and women, commingling with
amateur provincials demonstrated bravery while expertly killing Axis troops and officers under
exceedingly harsh conditions. Read how simultaneously some, nay, many, of our parachuted
agents are tracked, captured, tortured, and executed by the vengeful, pernicious, occupying SS
and Gestapo forces . . . . .
TWO NEW BOOKS, INSATISHABLE AS MUCH AS ASTONISHING, ILLUMINATE THE DARING
EXPLOITS OF THE BRITISH ‘SPECIAL OPERATIONS EXECUTIVE’, THE LEGENDARY ‘S O E’, AS THEY
ARE FAMOUSLY ORDERED BY CHURCHILL, “GO NOW, AND SET EUROPE ABLAZE” – –
SOE’s Director of Operations was Brigadier Colin Gubbins, a commando officer whose passion
for irregular warfare originated during his brilliant service in the Irish War of Independence
(1919 – 21). Even before that fateful September 1, 1939, the day WWII started when Germany
invaded Poland and Britain honored her commitment of fighting side by side with her, Gubbins
had been at work designing, coordinating, and preparing to launch sabotaging agents to
operate behind the lines in the event of successful German invasions of France and the Low
Countries.
Unhesitatingly, Gubbin’s ununiformed combatants planned to blow up trains, bridges, and
factories, as well as fostering revolt seeds while trigging clandestine attacks, not only in Britain
if the nation was subdued, but all enemy-occupied countries. As early as the evening of
September 1 st , 1939, agents of the SOE, well prepared by intense, gruelling training were being
flown across the Channel to parachute into Hitler’s prewar conquered occupied countries to
contact and work with a particular country’s resistance. Others from that country’s civilian life
joined the newly arrived, especially women who eagerly enlisted in the First Aid Nursing
Yeomanry. They wound up being the only women permitted combat roles in all WWII. From
Casemate (who else?) comes,
“SOE IN DENMARK – – Special Operations Executive’s Danish Section in in WW2 – An Official
History”. Frontline Books, Pen & Sword Ltd; 2021, 230 pages, hc; $49.95. See,
www.penandswodbooks.com.
“MEMORIES OF AN S.O.E. HISTORAN”, by M.R.D. Foot. Pen & Sword MILITARY: 2008, reprinted
in 2021, 208 pages, sc; $29.95. See, www.pen-and-sword.co.uk.
Reviewed and Highly Recommended by Don DeNevi
From a small number of underground activities against the German occupation of Denmark in
1940, a sophisticated resistance movement developed which by 1944, with the support of the
SOE in London, had become a highly effective intelligence gathering and sabotage organization.
Denmark is composed of a mainland and more than 500 islands, a fifth of which are inhabited.
The countryside is devoid of any inaccessible or mountainous regions.

Together, these facts made communication between resistance cells difficult and meant that
there were no natural bases from which guerrilla operations could be mounted. Nevertheless,
thanks to supply drops of explosives, weapons and ammunition arranged by SOE, the Danes
harassed the Germans, raising the moral of the Danish people during the latter, and most
brutal, stages of the war.
“SOE IN DENMARK” was written at a time when SOE was still largely unknown to the general
public, its operations a closely guarded secret. It was expected that its activities would never be
officially acknowledged and the study of its actions in Denmark was compiled with the aim of
providing a lasting record of its achievement. Thus, within these pages we read of the dangers
the agents faced, the logistical mountains they had to overcome, and the successes achieved in
the face of a ruthless enemy. Completed with unique photographs from the Danish archives,
“SOE IN DENMARK” is an essential addition to the SOE literature.
In “MEMORIES OF AN S.O.E. HISTORIAN”, an absolute must read for us living room historians,
Michael (MRD) Foot is the subject of a highly significant tribute to an officer entrusted with
writing the official WWII record of the Special Operations Executive. He authored first, “The
History of SOE in France” (1966), and twenty years later the highly sensitive accounts of SOE
operations in Belgium and Holland (which the Germans easily infiltrated tragically for our side).
With his extraordinary war service background and academic reputation, MRD was the obvious
choice for these historic responsibilities.
As we read along mesmerized by a hitherto unknown aspect of WWII, M.R.D. Foot emerges as a
truly heroic officer, relentless, fearless, and unquestionably honest in his pursuit of the truth, to
say nothing of his courage while fighting off those who would silence him. His wartime exploits,
including capture and surviving death threatening injuries, provide exceptional exciting reading.
At length, M.R.D,’s behind-the-lines mission to track down a notorious SD interrogator which
ended in failure is offered, the young SOE officer barely escaping with his life. Add a career that
has brought him into close contact with impressive casts of Allied and enemy characters to
tongue-in-cheek incidents from his later academic life places in our hands one of the best WWII,
and post years, books to appear thus far in 2022. If you know a little something about the SOE,
there is no way you can ignore this gem of insights about British bravery, resoluteness, and
ordinary, everyday WWII officer military life in Special Operations. Chapter 8, “Reflections on
SOE”, is a priceless statement, certainly another “one of the best” in the growing literature on
Special Operations Executive.