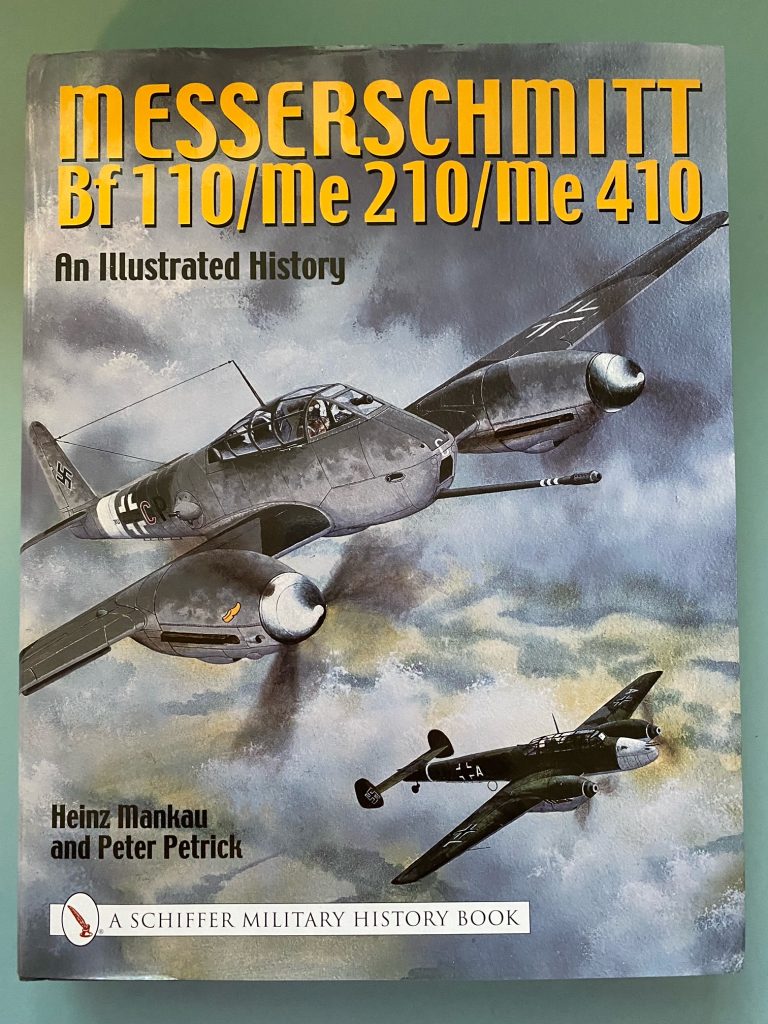 Being there . . . . around noon on Saturday, May 10, 1941, when Hitler’s Deputy Fuhrer, Rudolf
Hess, in his aging twin-engine, with long-range fuel tanks, Messerschmitt Me 110 crash-landed
in Scotland south of Glasgow. He was on a bizarre, sensational “Peace Mission” for Hitler
without the Fuhrer knowing anything about it! Believing that his oldest and closest friend (he
had helped Hitler write “Mein Kampf”, “My Battle”, while in prison together) considered Stalin
and the Soviet Union more of a deadly enemy than ’s Churchill and his British Isles, he
fantasized a peace plan allowing the British to maintain their empire if they promptly
surrendered. Hitler knew nothing about this. Furthermore, Churchill refused to see Hess. Hitler
announced to the world that his Deputy was a “deranged dreamer”, ordering him shot on sight
if he ever returned. Meanwhile, Royal Air Force aviation experts were all over the crash Me

MEET THE MIGHTY MESSERSCHMITT FAMILY, RIVALS IN THE SKIES OVER BRITAIN
OF THE SUPERMARINE SPITFIRE AND HAWKER HURRICANE FAMILIES

In short, the Me 109 design was intended to serve as the first reliable model for Hitler’s
fledgling Luftwaffe, especially as “schwarm”, “swarm”, tactics were being developed and
refined in the skies over Spain during its vicious Civil War in the late 1930s. Of course, the
Fuhrer had the full support of its dictator, Nationalist General Francisco Franco. What better
place to practice “blitzkrieg” for the European war he was already planning?
The original Me 109 was a slender single-seat monoplane capable of 550 km/h, or 342 mph,
with two machine guns and two cannons. By 1937, Britain countered with the tough, husky
Hawker Hurricane, slower but more capable of being handled. Its handsome younger brother,
the 1938 Supermarine Spitfire, when in attack or danger, could reach 350 mph. Also, lithe and
flexible, it was armed with eight heavy machine guns. During the raging Battle of Britain, the
Me 109’s were usually the first to break off, in their case, high tailing it back to their French
coast bases, reminding and delighting RAF pilots with the known fact the Me 109’s range was
only a little more than 400 miles. The first Me 110, soon to be replaced by the Bf 110
designation was designed at first to be a long-range fighter. But, again, to the joy of the RAF
pilots, whether piloting Hurricanes or Spitfires, the Bf’s were known to be slower, harder to
handle, and less apt to equal the agility of either of the two British hero-fighters. Lest we forget,
the Bf individually, or in swarms, was generally successful in tackling the daily RAF night

bombers over Germany. But, in their raids over London and its environs, the RAF “boys”
enjoyed attacking them as they defended Dornier bomber convoy runs. Both the clumsy
Dorniers and their sluggish Me 110s were pretty easy to deal with since the more dangerous
109s, because of low fuel, were pivoting back to cross the Channel.
Thanks to amazing co-authors Heinz Mankau and Peter Petrick, we are offered cogently
written aircraft examination summaries, nay biopsies, accompanied by hundreds of rare
photos, of virtually all the Messerschmitt variations beginning with the legendary Me 109 and
Me 110, later the advanced Bf 110/ME 210/ME 410 series, right down to the introduction of
the new trinomial species of jets. In easy to grasp technical narrations, we follow how by 1935
the Bf, or Me 109, made Messerschmitt the leading manufacturer of fighter aircraft in
Germany. The twin-engine Bf 110 followed on its heels in 1936, a type of the Luftwaffe
produced in high numbers as long-range fighters, heavy-fighters, fighter-bombers, night
fighters, and reconnaissance “platform” aircrafts. As its natural successor, the Me 210 was
airborne by 1940. But troubling was the inexplicable fact that its airframe (minus engine and
powerplant) was arrogantly designed willy-nilly dismissing without at least acknowledging the
perfectly planned and assembled body structures with Rolls Royce engines and powerplants of
damaged and crashed Hurricanes and Spitfires lying about. Me 210s almost immediately began
piling up losses of pilots and aircraft due to the airframe’s poor flight handling characteristics.
To Hitler’s chagrin, Air Marshal Goring refused to accept further Me 210s into his Luftwaffe.
Almost instantly, the German aircraft assembly lines rolled to a startling stop. Hitler’s best
aviation experts headed back to the drawing boards and created the Me 410, a type which the
RAF respected. By early Spring of 1945, new aircraft designs were being presented to Hitler,
including “jets”, the fastest airplanes the world had yet known. But, by then, World War II was
in its final months of death and destruction. Most aircraft experts and military historians agree
that had Hitler watched the new designs roll off Germany’s excellent assembly lines even as
late as 1943, especially with the first Atomic Bomb nearing completion, we would all be
speaking German today.