We’ve tried to allocate all war movies and series about D-Day and the Battles in Normandy in 1944 (Operation Overlord) during World War 2.  Should the list be uncomplete, please contact us. 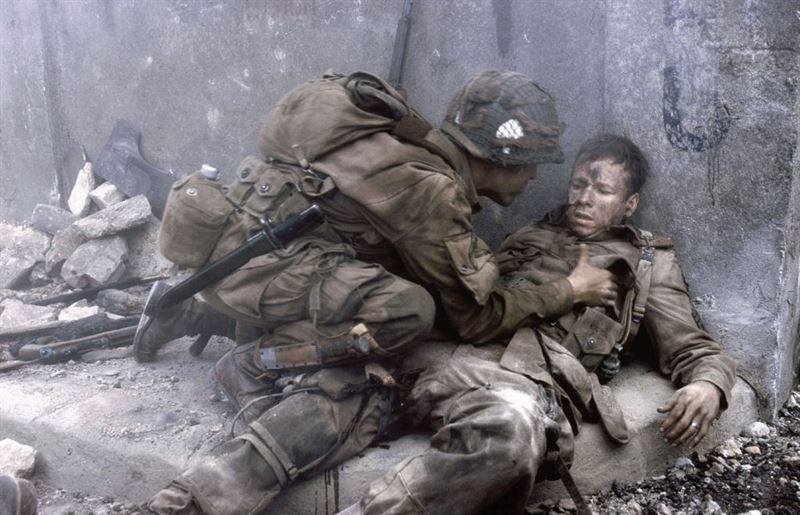 Band of Brothers follows the story of Easy Company of the U.S. Army 101st Airborne Division, and their mission in World War II Europe, from Operation Overlord, through V-J Day. In Episode 1, Lts. Winters and Nixon reflect on the events that led Easy Company to D-Day two days before the Allied invasion of Normandy. The following episode, depicts “D-Day”, the men of Easy Company are all dropped over the Normandy countryside after heavy German Anti-Aircraft fire. Soon after, they run into various artillery cannons firing onto landing Allied troops. In Episode 3, the men of Easy Company regroup and prepare to take the town of Carentan from the German Paratroopers. 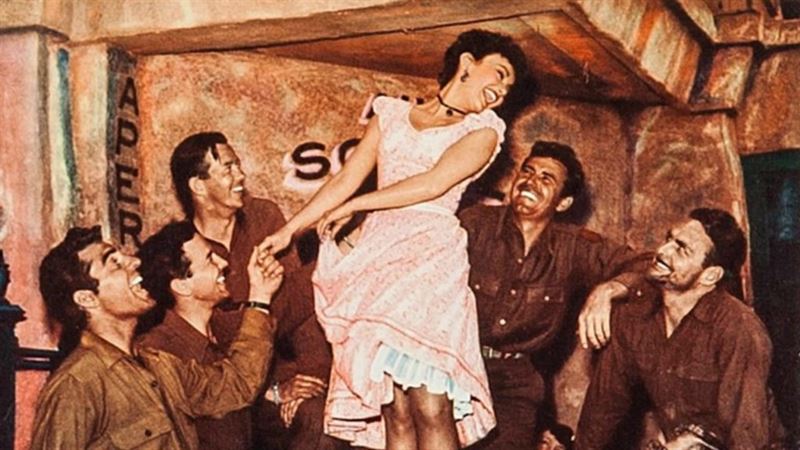 An American infantry unit, from its pre-invasion training to combat in Europe using (approx. 1/3) various preexisting authentic wartime footage. Captain Hale leads a company of infantrymen from the 1st Infantry Division from the D-Day landings through the Normandy campaign. They resent the presence of a fresh lieutenant Joe Mallory. 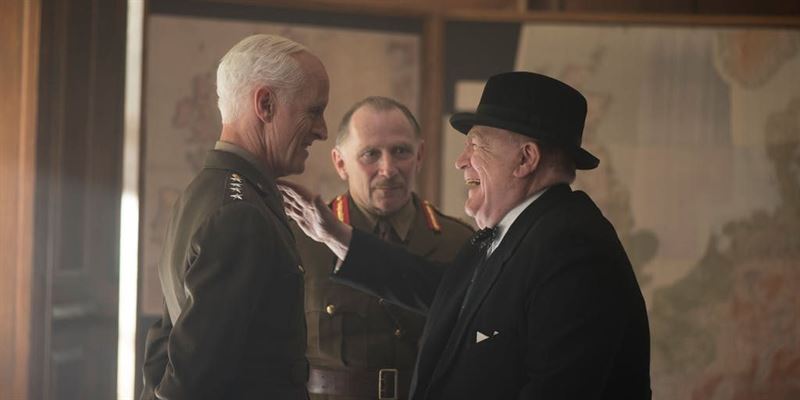 Tensions mount for the beleaguered British Prime Minister Winston Churchill (Brian Cox) in the days leading up to infamous Allied D-Day landings in Normandy, France in June, 1944. Fearful of repeating his deadly mistakes from World War I in the Battle of Gallipoli, exhausted by years of war, plagued by depression and obsessed with his historical destiny, Churchill is reluctant to embark on the large-scale campaign, one that the entire war effort hinges upon. Clashing with his Allied political opponents U.S. General Dwight D. Eisenhower (John Slattery) and British Field Marshal Bernard Law Montgomery (Julian Wadham), the troubled Churchill receives support and devotion from his wife, the brilliant and unflappable Clementine Churchill (Miranda Richardson). With her strength and shrewdness, “Clemmie” halts Winston’s physical, mental spiritual collapse and inspires him on to greatness. 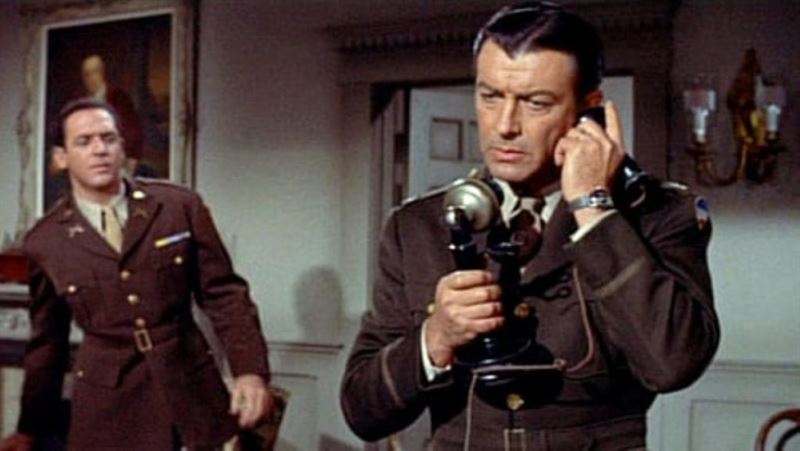 En route to Normandy, an American and a British officer reminisce in flashback about their romances with the same woman. D-Day the Sixth of June focuses on the London-based affair of a married U.S. staff officer (Robert Taylor) and a British Red Cross worker (Dana Wynter). 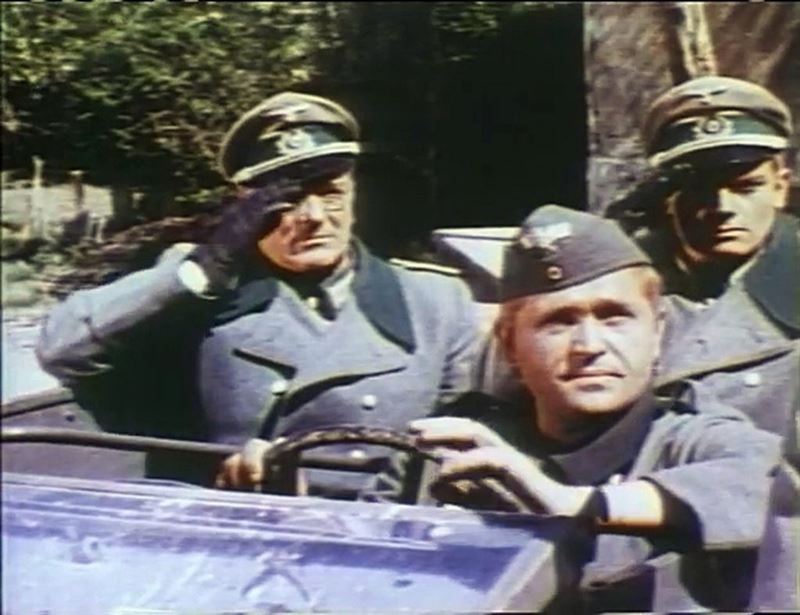 The movie is set during World War II in the days just prior to the D-Day invasion. A special parachute unit is sent to destroy a German flame thrower installation on Omaha Beach. 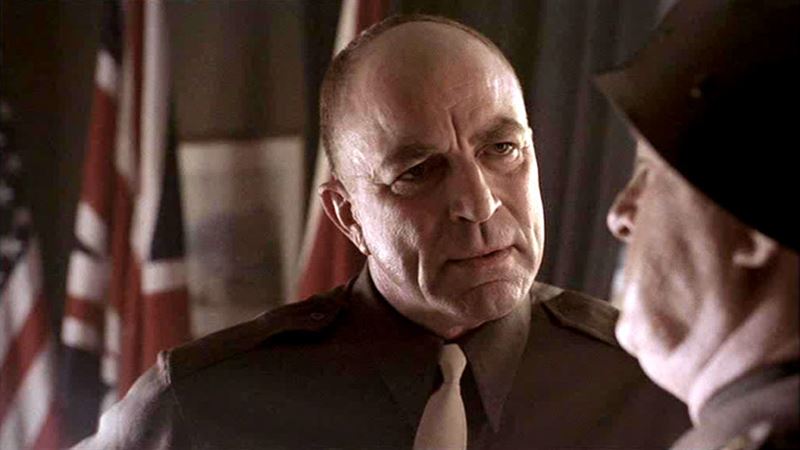 A dramatization of the 90 days leading up to Operation Overlord, the Allied invasion of Normandy, and how General Dwight Eisenhower, against all odds, brilliantly orchestrated the most important military maneuver in modern history. 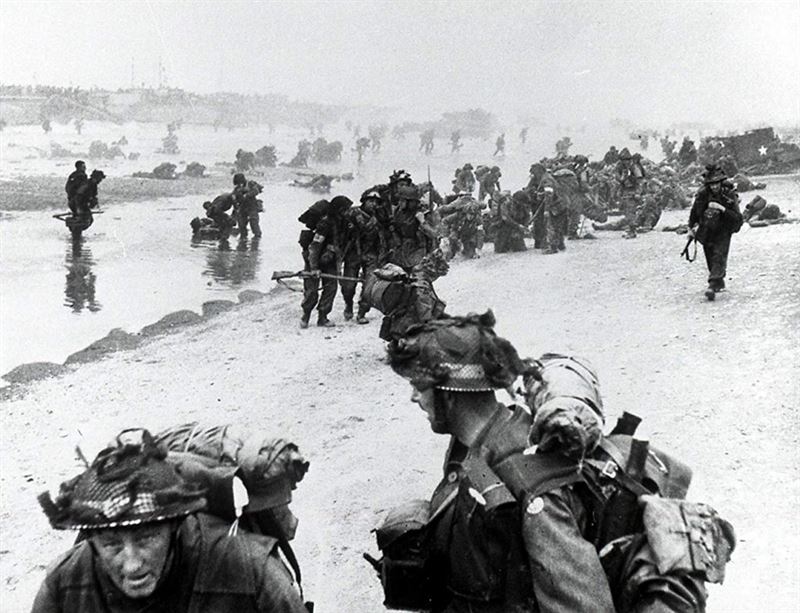 Seamlessly interweaving archival war footage and a fictional narrative, Stuart Cooper’s immersive account of one twenty-year-old’s journey from basic training to the front lines of D-Day brings all the terrors and isolation of war to life with jolting authenticity. 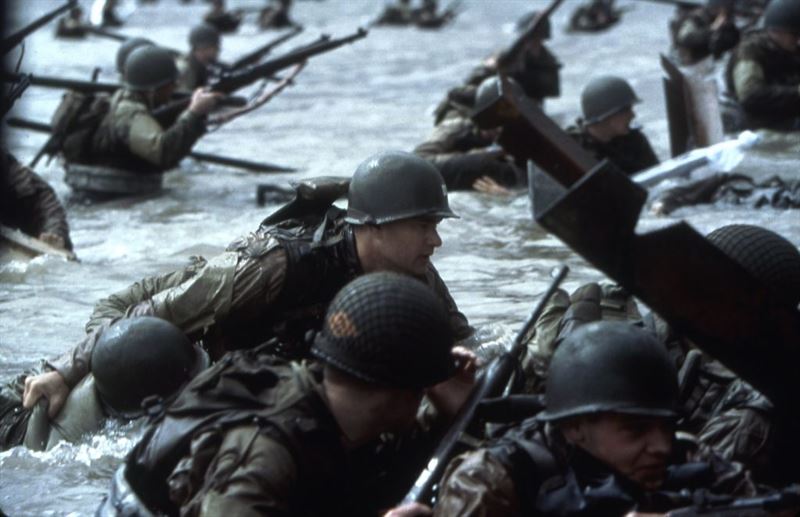 Following the landing of US forces on Omaha Beach, Normandy on June 6, 1944, Captain Miller receives a new mission… a rescue operation to find and retrieve the last remaining son and brother of the Ryan family. Captain Miller and his group of U.S. soldiers go behind enemy lines to retrieve the paratrooper. 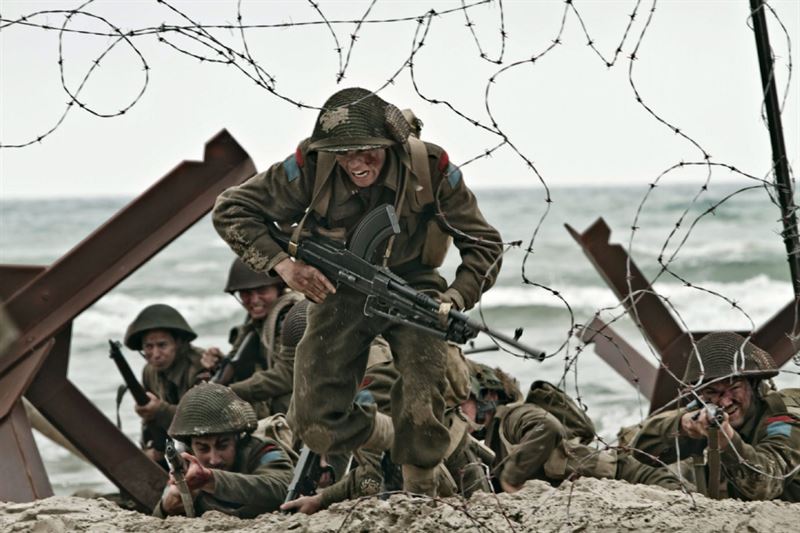 Just after midnight on June 6, 1944, 160,000 Allied troops crossed the English Channel to launch the largest seaborne invasion in history. Their mission: to break through the coastal defenses of Hitler’s “Fortress Europe” and establish a western front. Docudrama Storming Juno follows the stories of three young Canadian soldiers, who against incredible odds, secured a beachhead on D-Day and helped to change the course of the war. Each soldier tells his own story as a real-time experience of the day as he crosses the English Channel, lands on enemy territory and goes into battle.

The Americanization of Emily (1964)
Why did Emily call Charlie the most immoral man she’d ever met?
War, Drama, Comedy – (1964) 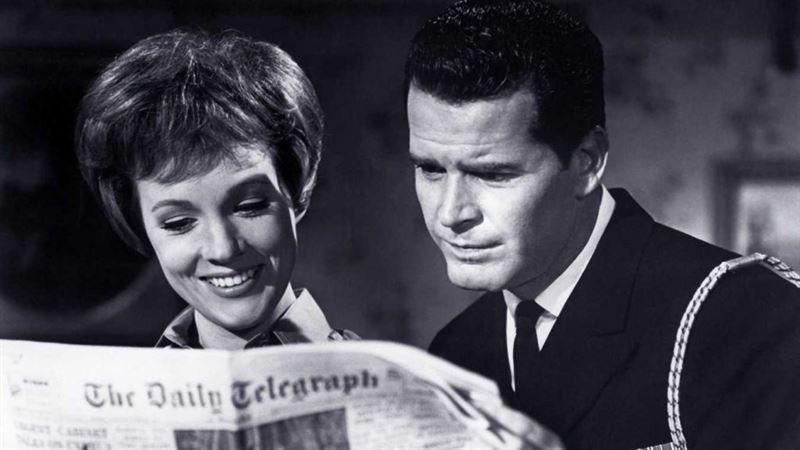 An American naval officer’s talent for living the good life in wartime is challenged when he falls in love and is sent on a dangerous mission. 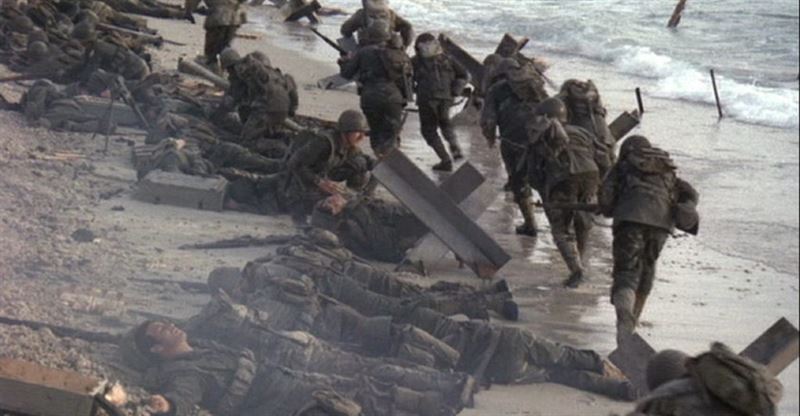 A hardened sergeant and the four core members of his infantry unit try to survive World War II as they move from battle to battle throughout Europe. 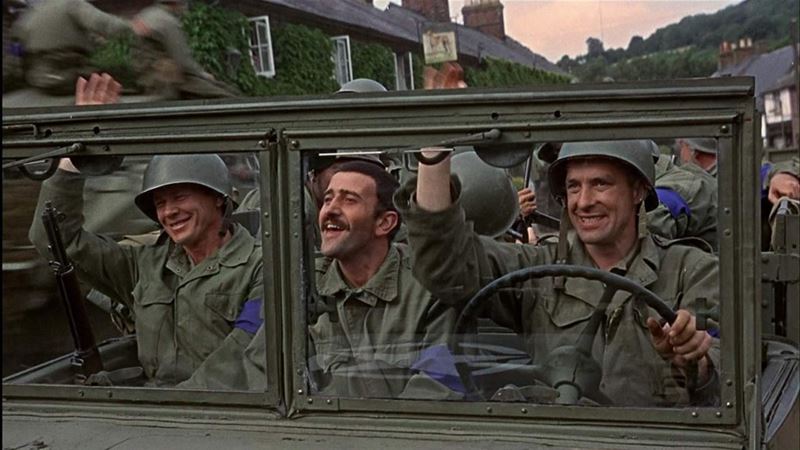 During World War II, a rebellious U.S. Army Major is assigned a dozen convicted murderers to train and lead them into a mass assassination mission of German officers whose elimination will obstruct the German military’s ability to respond to D-Day by disrupting the chain of command. 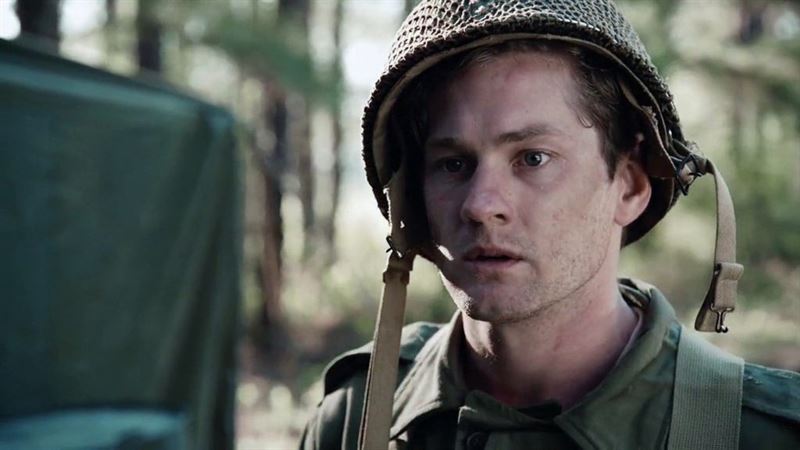 World War II: Shortly after D-Day, three American soldiers and two Army Corps nurses are stranded behind enemy lines. They take a high-ranking German officer as their prisoner and try to orchestrate an escape. 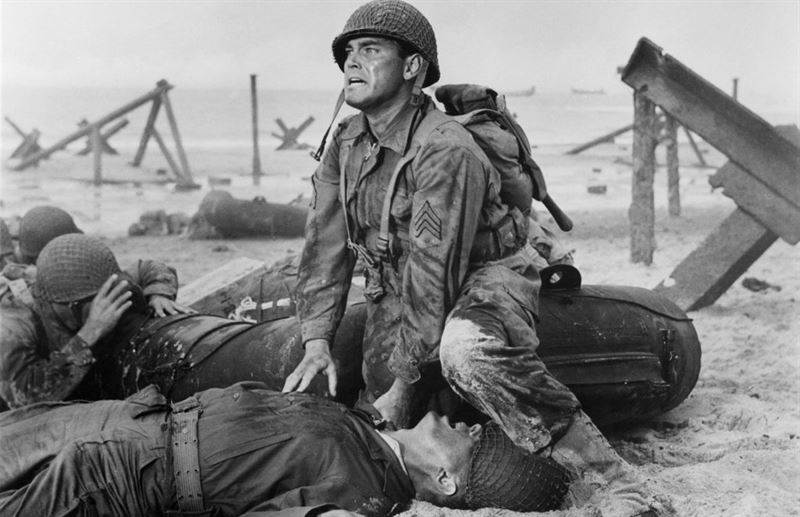 The events of D-Day, June 6, 1944, told on a grand scale from both the Allied and German points of view. 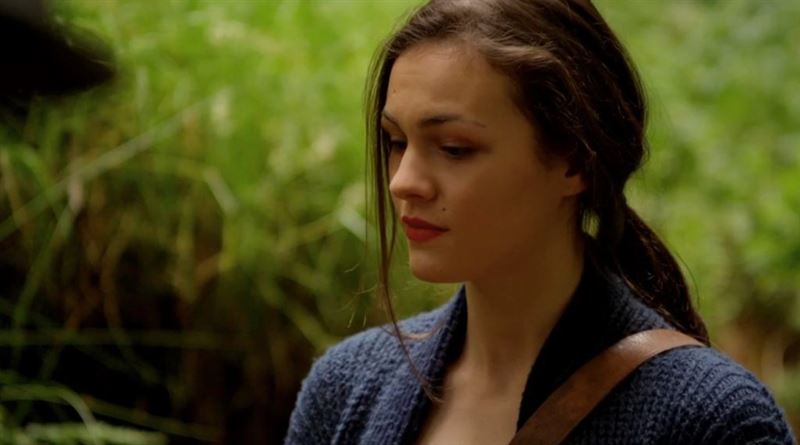 D-Day: A British paratrooper squad is dropped off-target and wiped-out. Private Johnny Barrows is the only survivor; inexperienced, scared, lost behind enemy lines. Johnny must grow up and become a man on his perilous journey to safety. 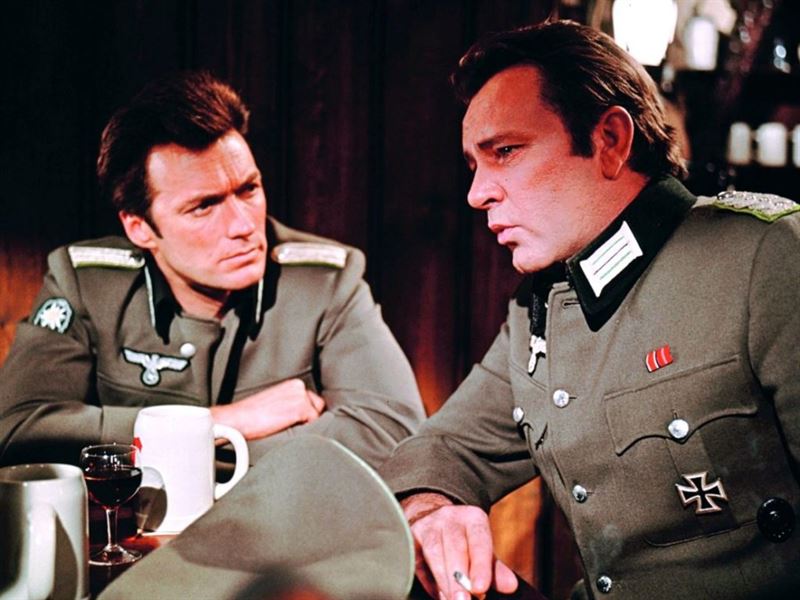 Allied agents stage a daring raid on a castle where the Nazis are holding an American General prisoner, who has full knowledge of the D-Day operation,… but that’s not all that’s really going on.

We’re also compiling a list with all known World War 2 themed Mini-Series & Television Series or you can check out which war movies and series are upcoming in 2019.