June 8, 1944 – The build-up of Omaha Beach: reinforcements of men and equipment moving inland 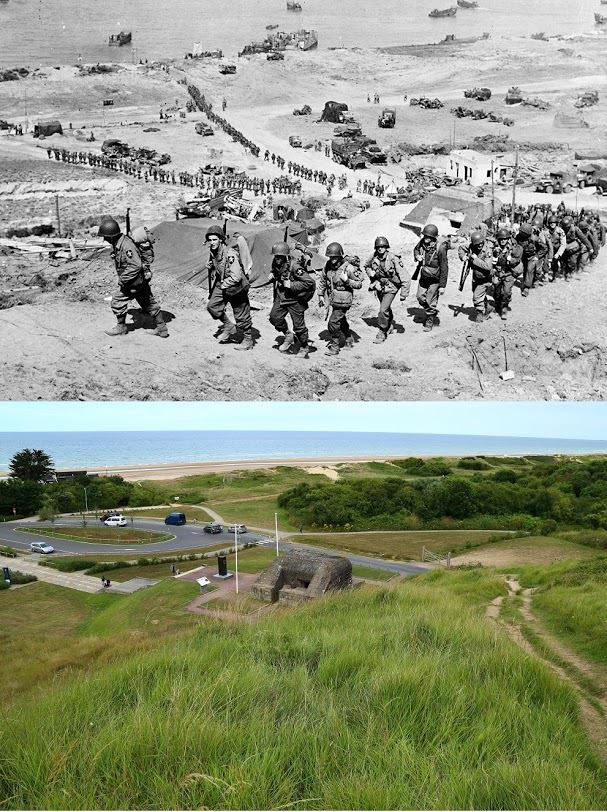 June 7, 1944 – US Army troops congregate around a signal post used by engineers on the site of a captured German bunker overlooking Omaha Beach after the D-Day landings near Saint Laurent sur Mer 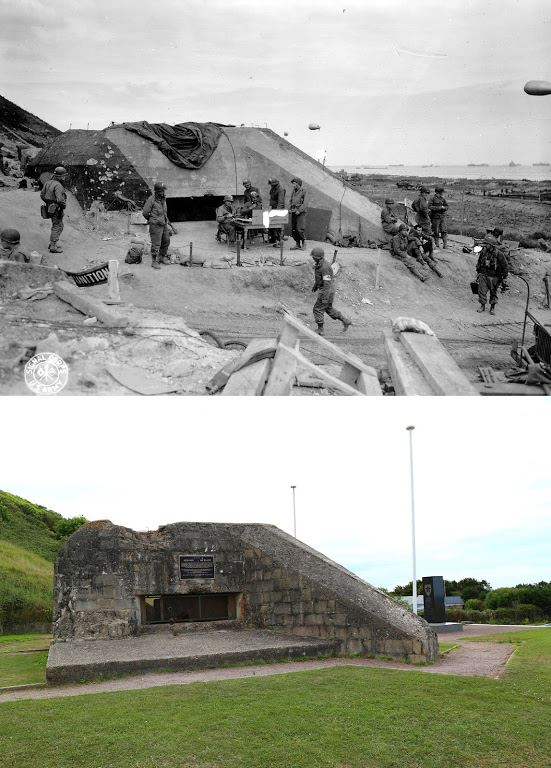 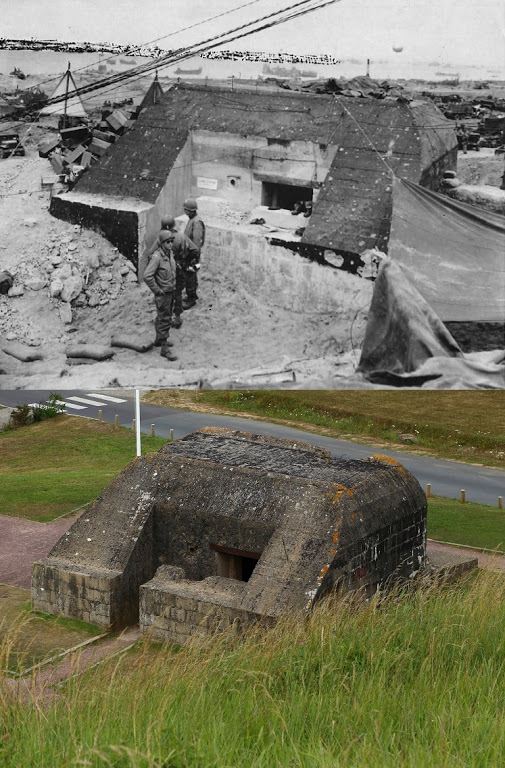 U.S. Army troops of the 2nd Infantry Division march through the liberated village of Colleville-sur-Mer during the Allied invasion of France and the Battle of Normandy 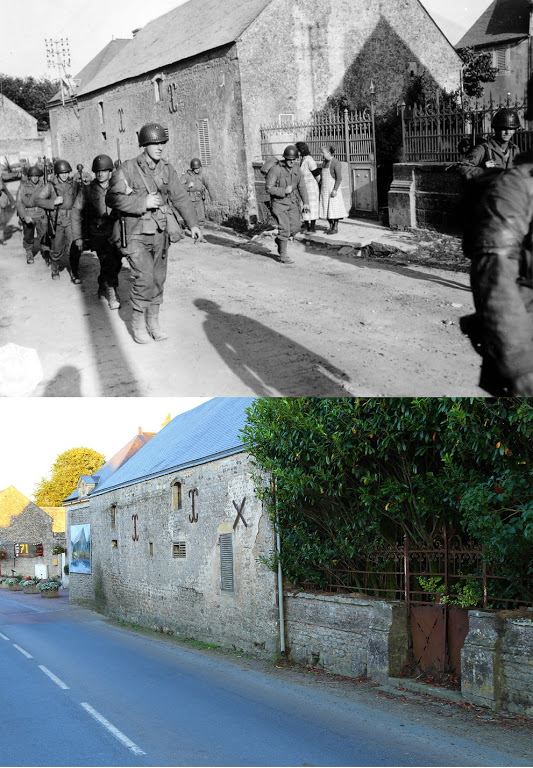 The church’s steeple at Colleville-sur-Mer which served as a German observation post and sniper nest until naval gunfire from the USS Texas took it out later that morning. (Source: 16 Inf Rgt Assoc.)

June 8, 1944 – A US flag lies as a marker on a destroyed bunker two days after the strategic site overlooking D-Day beaches was captured by US Army Rangers at Pointe du Hoc, France 1944.

Photographical credits: ‘Profoka Wolf’ (wanting to remain under this nickname) who took the ‘Now’ photographs and the U.S. Signal Corps for all the ‘Then’ photographs.