In a perfectly executed World War II mission that took place at the end of January 1944, U.S. forces defeated the Japanese at a little-known outpost in the Marshall Islands called Kwajalein Atoll. As part of the effort to win control of this crucial gateway to the Japanese empire, U.S. aircraft bombarded Japanese supply ships in the lagoon at Kwajalein for several weeks prior to the attack, sinking most of them, some still at anchor, and others as they attempted to escape.

Little is left of the battle of Kwajalein except these silent wrecks still lying at the bottom of the lagoon where they were defeated, out of sight and forgotten until now. After the war no one would’ve had interest in the aircraft and no scrap yards nearby, they were dumped here rather than shipping them back to the United States, as it was a cheaper solution.

They call it the “Airplane Graveyard” – they aren’t war graves or planes that crashed. They were planes that were taken out over the reef and pushed off intact after the war ended”, said Brandi Mueller, “They should have flown more, lived longer, but they were sunk in perfect condition.”

The North American B-25 Mitchell was an American twin-engined, medium bomber manufactured by North American Aviation. It was named in honor of Major General William “Billy” Mitchell, a pioneer of U.S. military aviation. Used by many Allied air forces, the B-25 served in every theater of World War II and after the war ended many remained in service, operating across four decades. 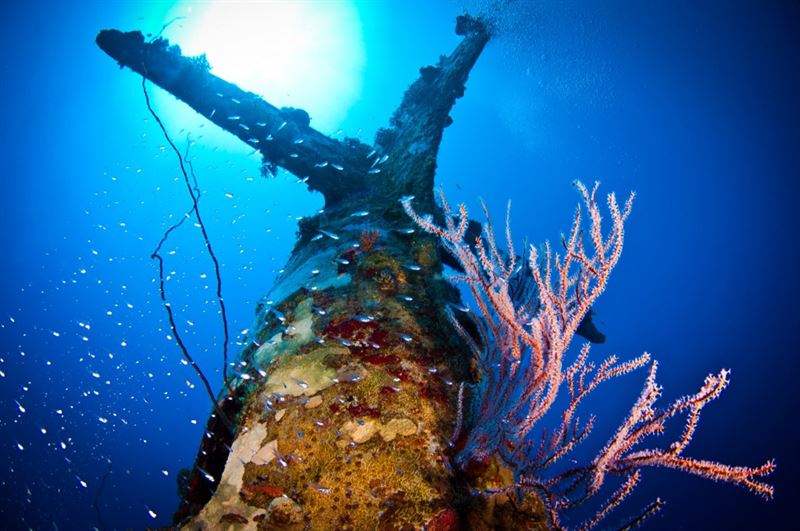 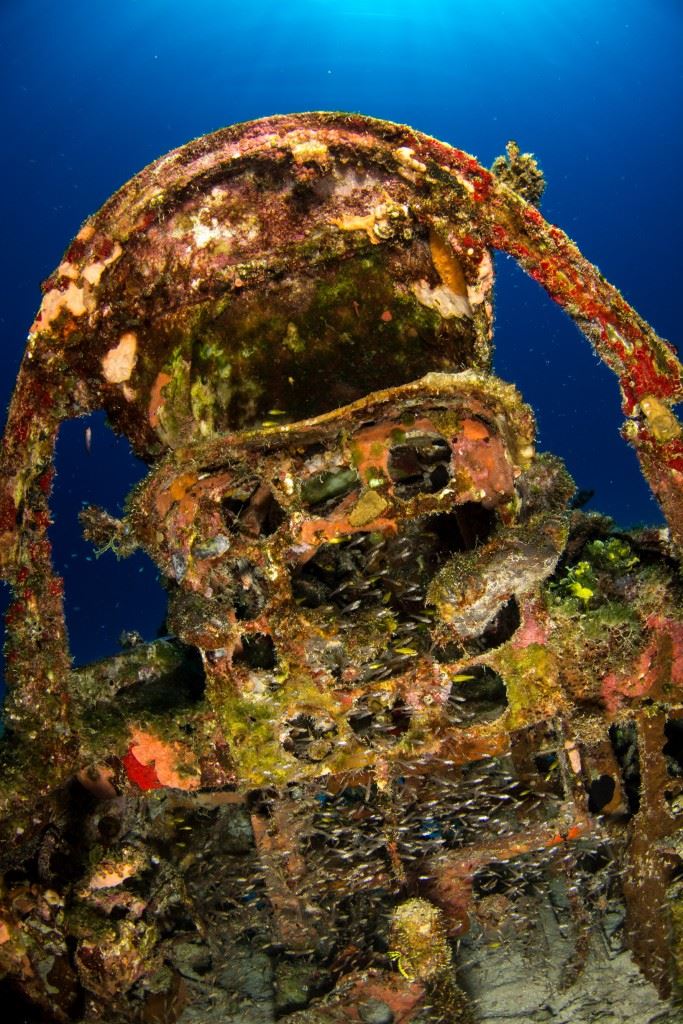 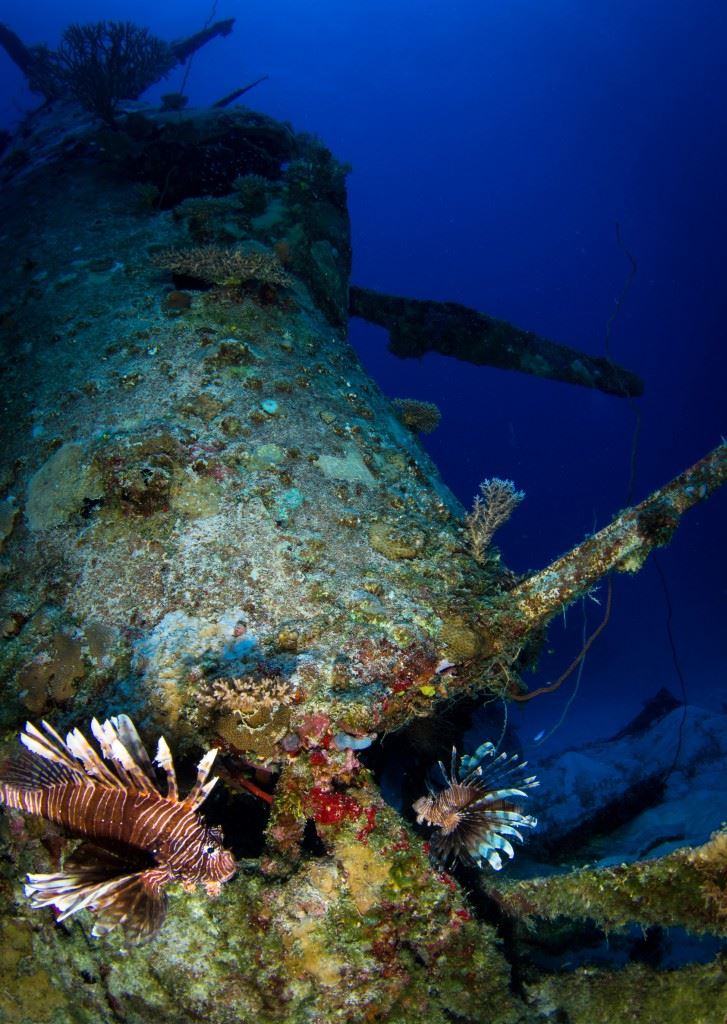 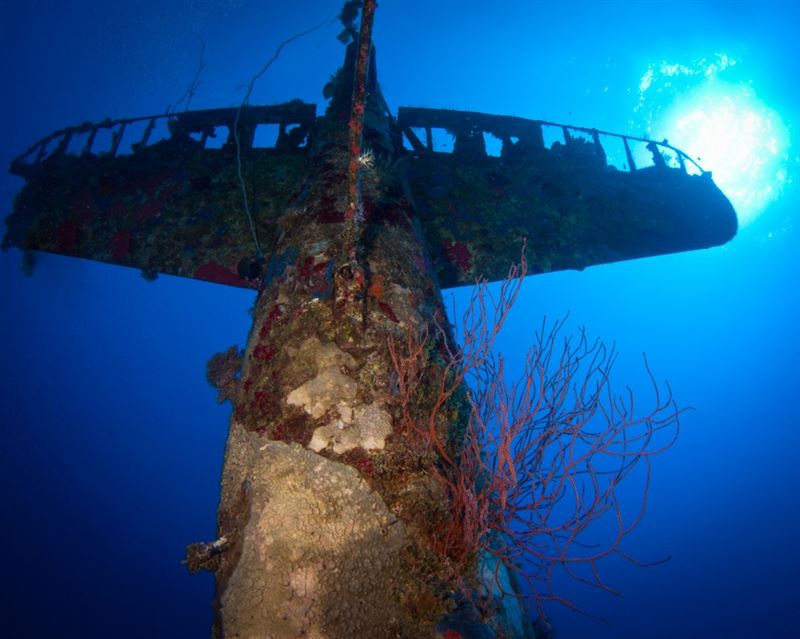 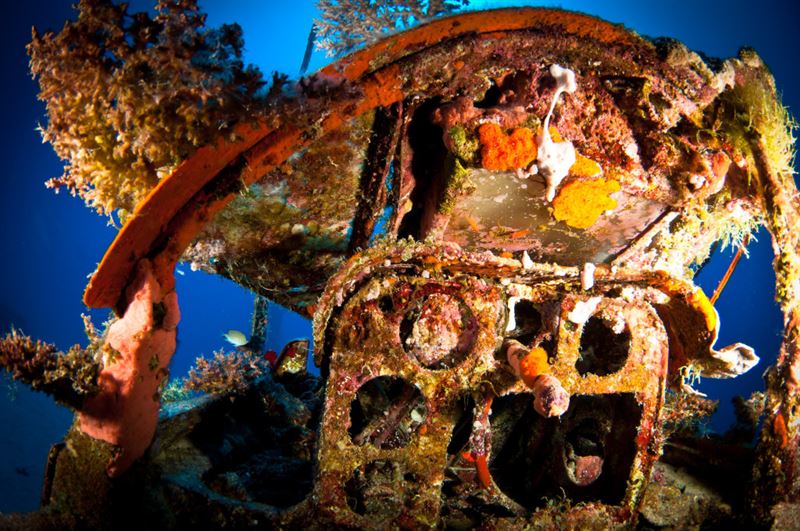 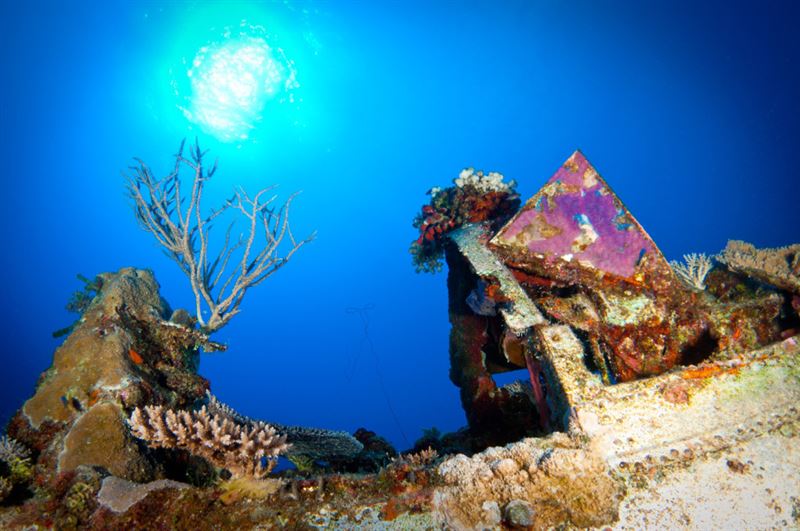 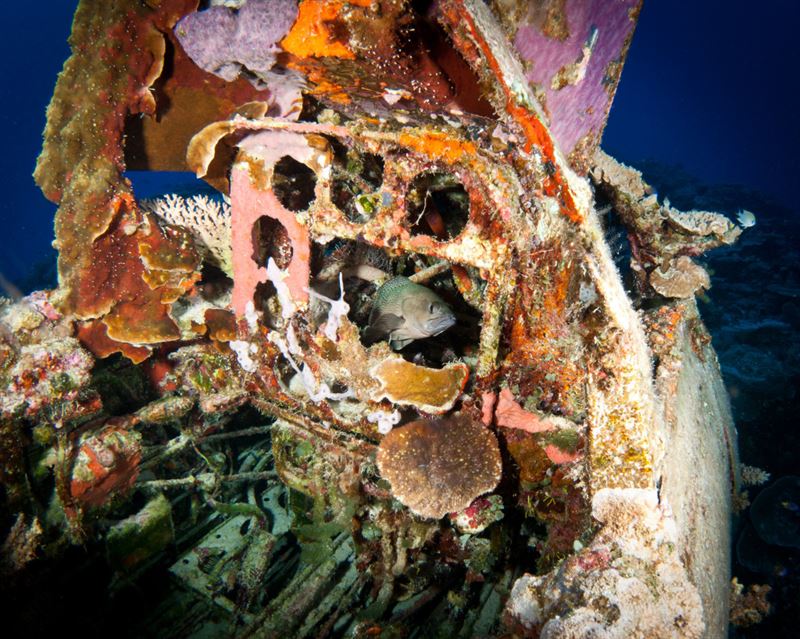 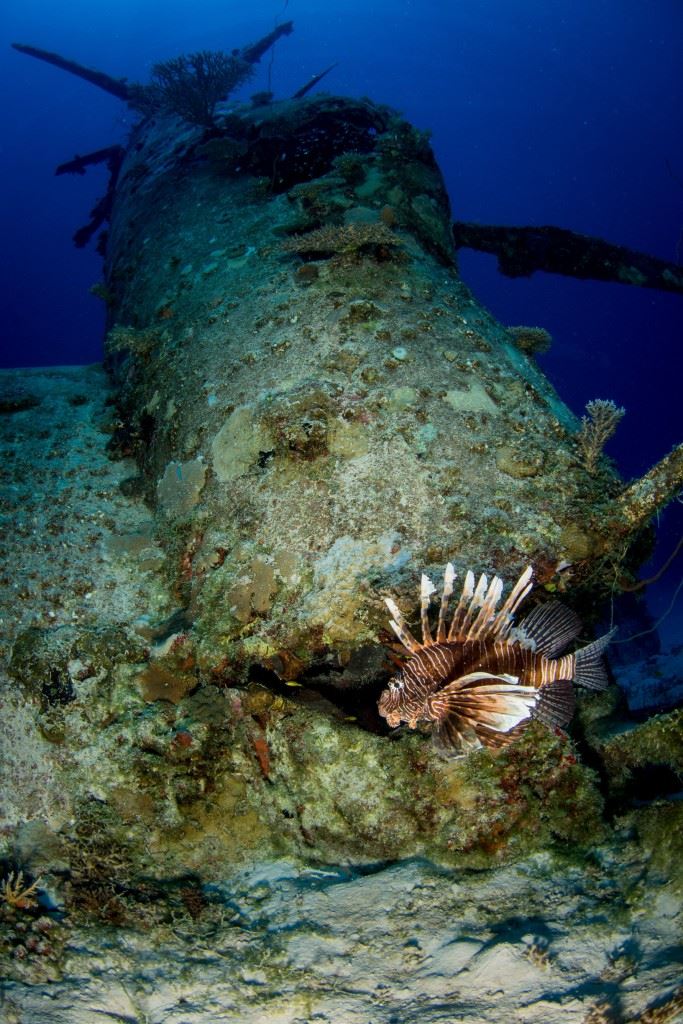 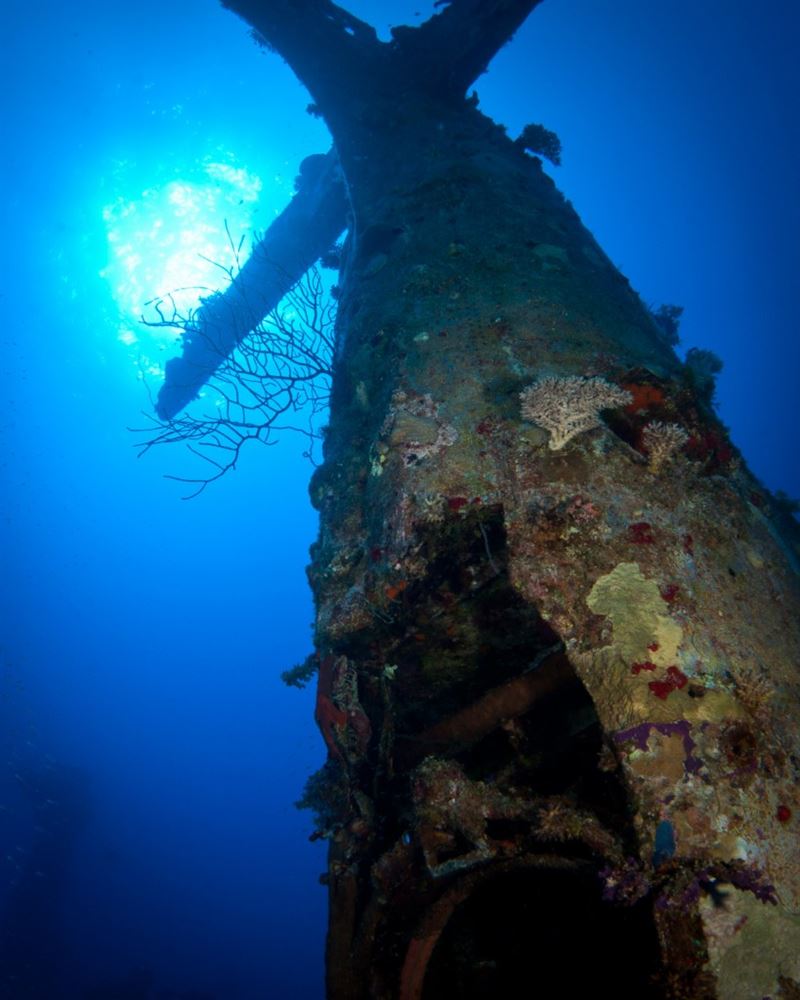