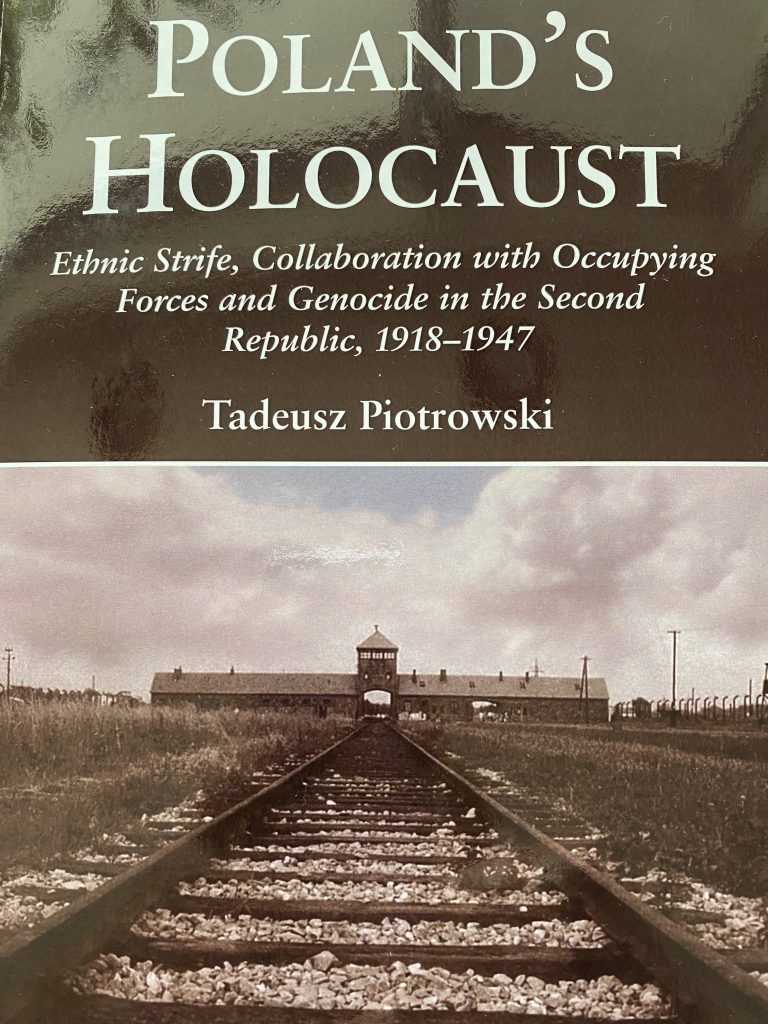 Being there . . . to witness Hitler’s new form of German warfare shock unprepared Poland at
4:45 am on Friday morning of 1 September 1939. Then watch how “blitzkrieg”, or “lightning
war”, despite savage resistance, begin to trample a proud, resolute nation of 35 million,
crushing it in less than 30 days. Then, watch aghast as the Polish people and it numerous ethnic
minorities strive helplessly to survive. . . .
BRAVE POLAND’S AGONIZING STRUGGLE TO ENDURE THROUGH IT ALL, 1939-1945
By May of 1945, the human cost of World War II to the Poles and their minorities was
enormous – – 6 to 7 million civilians, not including 600,000 in the armed forces killed, or missing.
Only the USSR suffered more at the hands of the Germans, 7.7 million civilians, but add an
additional 12.6 million fighting troops killed or missing. No accurate figure has been agreed
upon of those in Poland who died in bombing raids, because of forced labor, or in
extermination captivity of starvation, disease, or execution as hostages or partisans.
Not included in these anguishing figures are the uncounted battle dead of the country’s ethnic
minorities who after World War I desired independence and, to achieve their goals, were force
to fight side by side with either Joseph Stalin’s soldiers or Adolph Hitler’s National Socialist
breed. Tough concentration is required to absorb what is read and focused upon. In a sense the
known statistics are new, presented for the first time, since so little attention before Tadeusz
Piotrowski’s treatise bothered about recording the large number of minority deaths that
occurred during the collapse of Poland’s Republic and the atrocities that occurred in the
subsequent occupation. Of course, the occupation’s atrocities were conducted mainly by the
Russian NKVD, the People’s Commissariat for Internal Affairs, and the SS, Schutzstaffel or
Protection Squads. Although a must read for the serious scholar, professional or amateur, it
should be required reading of everyone interested in what happened in Eastern Europe in WWII
between 1939 and 1945.
Reviewed and highly recommended by Don DeNevi
“POLAND’S HOLOCAUST – – Ethnic Strife, Collaboration with Occupying Forces and Genocide in
the Second Republic, 1918-1947”, by Tadeusz Piotrowski. McFarland & Company, Inc.,
Publishers: first published in 1998, republished in 2007: 437 pages, sc, $39.99. See:
www.mcfarlandpub.com.
The opening chapters describing Soviet and Nazi terror, followed by narrations of Jewish,
Polish, and Russian collaboration, will be the most painful to endure. In short, Poland was
devastated by the Second World War, or, more precisely, by the twin evil empires of Nazi
Germany and the Soviet Union with the assistance of their various minority accomplices and
collaborators. When the war ended on 3 May 1945, Poland was still a captive nation.

That this encyclopedic classic on Poland’s ethnic cleansing during the Second World War was
the winner of the most respected Literary Award from the Polish Socio-Culture of the Polish
Library in London should suffice as the highest possible recommendation to add it to one’s
personal library. The extensive index and profuse use of documentation make the book even
more indispensable for one’s holocaust shelf. Piotrowski has rewarded the seriously interested
an amazing amount of documentation, substantial, informational, and beautifully itemized – -all
the more reasons to own it as a one-of-kind professional reference.