Polish Professor, Janusz Madej, ends Gold Train Hoax: “There may be a tunnel but there’s no train.”

It seems that the “Polish Gold Train” saga has reached to an end, as experts said that the geological surveys of the area in Poland did not produce any concrete evidence whatsoever.

There is no evidence that a train and was rumoured to be carrying gems and gold has been found in Poland, experts say.

According to the rumor, it was believed that this train went missing in 1945, when retreating German forces tried to hide the treasure from the advancing Soviet Red Army in what is now the Polish city of Wroclaw (Breslau).

Joanna Lamparska, a local historian, told Radio Wroclaw earlier: “In the region we actually two gold train stories. One is supposed to be under a mountain and the other somewhere around Walbrzych. But no one has ever seen documentary evidence confirming the existence of such trains.”

However researchers presenting findings about the alleged discovery in the Polish town of Walbrzych said there might be a tunnel but no train. 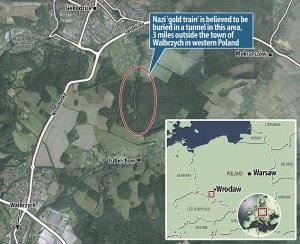 Still, one of those who claimed to have found the train said he still believes it’s there. Although there is no evidence of such.

In August, Deputy Culture Minister Piotr Zuchowski said that ground-penetrating radar images had left him “99% convinced” that a German military train was buried near Walbrzych.

He said images appeared to show a train equipped with gun turrets.

But on Tuesday, Professor Janusz Madej from Krakow’s Academy of Mining said its geological survey of the site had found no evidence of a train. “There might be a tunnel but there’s no train,” he told at a press conference in Walbrzych, Poland. 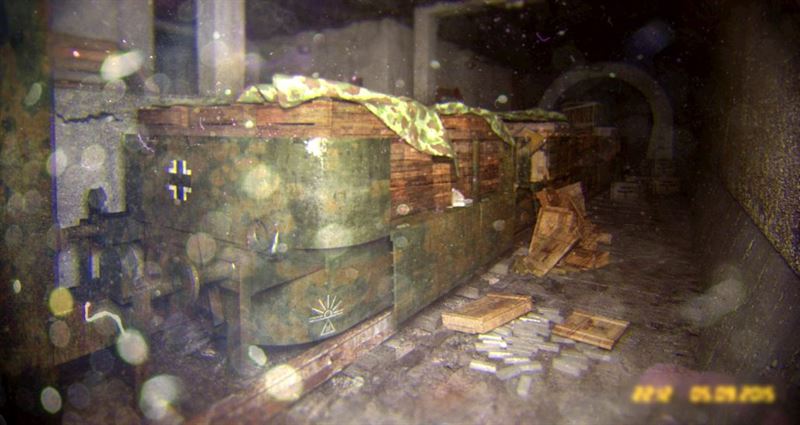 In October of this year, hoax images appeared online of the ‘Gold Train’  and can be seen here.