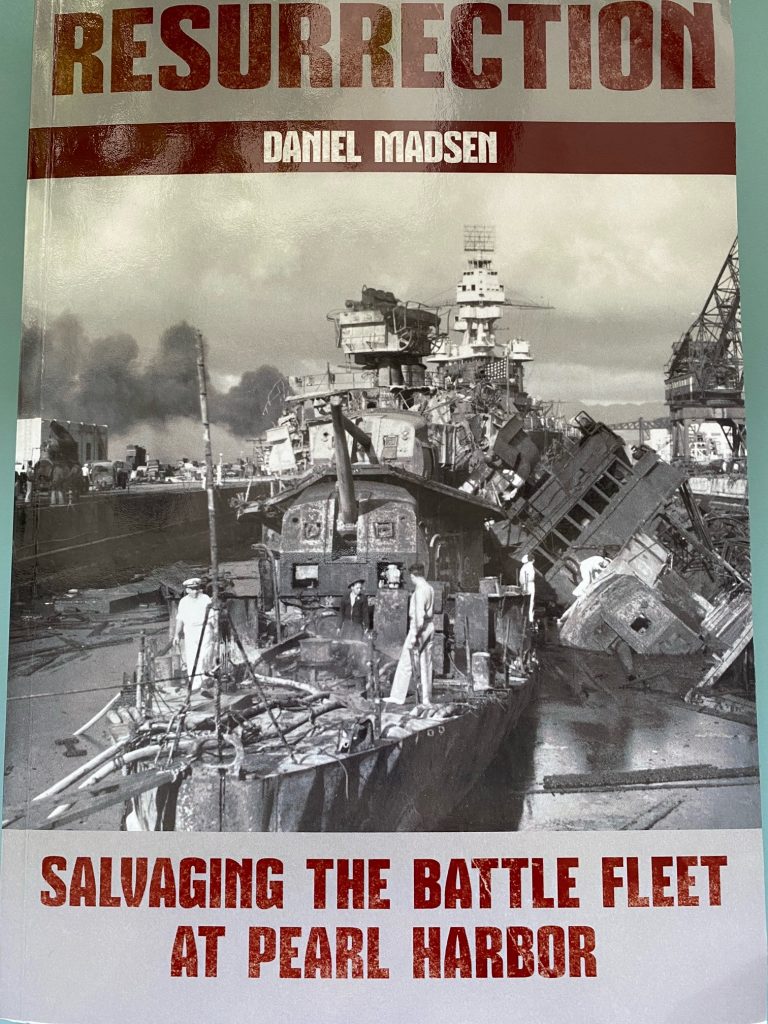 Being there . . . . to observe the United States, bounce back after the shocking, unexpected
Japanese attack on our Pacific Fleet at Pearl Harbor a few minutes before 8:00am on December
7 th of 1941. While the enemy hoped, and some believed, the surprise single-smash would sink
America’s resolve not only to retaliate, but also rule the Pacific Seas again, the Americans
were at work to strike back before the last bombers were out of sight . . . . .

The Japanese failed on both counts: our resolve to strike back, claw back island by island, turn
the tide, and once again dominate the Pacific. For World War II buffs, the first five months of
the ocean war are neither pleasant to investigate nor inspiring to read about, except possibly
for our brave men similar to those of Thermopylae against an enemy of overwhelming strength.
The jubilant Japanese aviators sank or badly damaged seven of our aging battleships. However,
most of their crews were saved and all but two of the ships salvaged. The Japanese attack left
two U.S. Navy treasures intact. The incredibly important oil storage tanks on nearby hills, and
the equally, if not more, important Pearl Harbor permanent drydocks, berths, and shore
installations. In short, four of the five battleships sunk in Pearl were raised, four of them,
together with the three damaged but not sunk, were restored the Fleet, bore out what Admiral
Furlong’s motto for the Pearl Harbor Navy Yard: “We keep them fit to fight.”
Reviewed and highly recommended by Don DeNevi

“RESURRECTION – Salvaging the Battle Fleet at Pearl Harbor”, by Daniel Madsen. Naval
Institute Press: 2003, 242 pages, sc; $36.96. Visit: www.nip.org, eBook also available.
Author Daniel Madsen has provided the war literature of World War II a much-needed book
and photos on the aftermath of the attack and subsequent salvage of those ships sunk by that
attack. In no way is it an examination of the events that led to the unprovoked assault, or of the
minutia during the two-hour raid, either by us, or the enemy that precipitated its rain of death
and destruction on our ships and the boys who manned them. In book form, virtually nothing
has been published about the often astounding achievements of saving our battle behemoths
other than condensed summaries lifted from official salvage reports. Of course, a small number
of memoirs surfaced from time to time, leaving the detailed engineering operations to little
more than postscripts. Writes Madsen in his Introduction, “My book, like history is a series of
stories about officers and men at Pearl Harbor trying to bring order out of chaos in the days
after the attack, prioritizing the use of scarce equipment, supplies, and men, learning what they
could about what had happened, and recovering from the blow.”
Brilliantly, Daniel tells the story of “Resurrection” in a narrative format, moving from activity
to activity as the day and months wore on in what proved to be an incredibly difficult and

complex endeavor. He describes the Navy’s dramatic race to clear the harbor and repair as
many ships as possible. From the raisin of the USS Oglala in 1942 and USS Oklahoma in 1943 to
the eventual dismantling of the above-water portions of USS Arizona, Madsen patiently
explains how the salvage organization was first set up, how priorities were scheduled, what
specific plans were made, and how they worked or, in many, did not work. This must-read book
is based almost entirely on primary sources, including the records of the fleet salvage unit and
Pearl Harbor Naval Shipyard. Buffs should also note that this Northern California writer is the
author of the “Forgotten Fleet: The Mothball Navy.”