Nominated for 4 Academy Awards including Best Picture, Clint Eastwood’s Letters from Iwo Jima tells the untold story of the Japanese soldiers who defended their homeland against invading American forces during World War II. With little defense other than sheer will and the volcanic rock of Iwo Jima itself, the unprecedented tactics of General Tadamichi Kuribayashi (Ken Watanabe, The Last Samurai) and his men transform what was predicted to be a swift defeat into nearly 40 days of heroic and resourceful combat. Their sacrifices, struggles, courage and compassion live on in the taut, gripping film Rolling Stone calls “unique and unforgettable.” It is the powerful companion piece to Flags of Our Fathers.

Why do we always view the war from the U.S. perspective? Almost all the accounts we read on battles are based on U.S. reports. Wouldn’t it be better if we used sources from both the Allies and Axis? The reason I mention this, is because I recently watched Letters from Iwo Jima (2006) which was directed by Clint Eastwood, but the story was based on a Japanese narrative. This is different from all other movies about the war in the Pacific, for most of them being told from US perspective.

Overall the movie was received pretty good ratings. On IMDb it was rated with a 7.9/10 and on Rotten tomatoes it reached a 91%. IMDb is by far the the most visited and used source for films so we can state the ratings represent the majority of the people. The 7.9/10 itself is based on 127.000 votes. 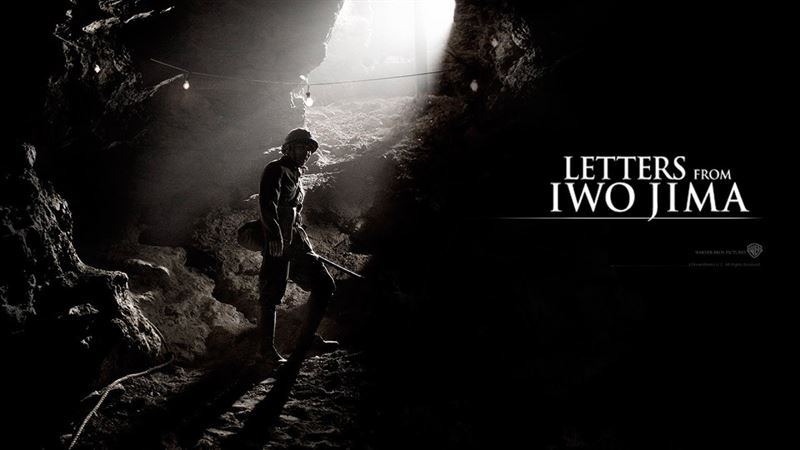 Why should you watch this movie or why is it worth watching this movie?

Even though some characters are fictional, the movie was based on two Japanese narratives. One is is the Picture letters from the Commander in Chief by General Tadamichi Kuribayashi, who is also portrayed in the movie. The other one is from Kumiko Kakehashi’s So Sad to Fall in Battle which is an account of war based on General Tadamichi Kuribayashi’s letters from Iwo Jima. This doesn’t mean the movie would be instantly great, but take in mind that this is just one factor that adds up for the movie being a success. A complete fictional story about the war wouldn’t do as  great as a non-fictional story. Imagine Band of Brothers being a fictional story. People might still enjoy the series, but the fact that most of it is true adds so much more to the series as a whole.

The second thing I really thought was great about the movie was the evil side of humans which was displayed in both the US army & Japanese Imperial Army. I don’t want to spoil parts of the film. This movie showed that every nation has ‘evil people’. I could go and rant about the definition of evil and the fact that Japan thought the United States were evil. But for this essay I’d like to use the following definition for evil: ‘Thinking, acting and behaving in any way that is against humanity’. Therefore, US soldiers killing Japanese POW’s can be seen as evil and Japanese soldiers giving aid to a US Marine POW can’t be seen as human. This movie shows that evil doesn’t choose in which side it is, instead it’s among humans. 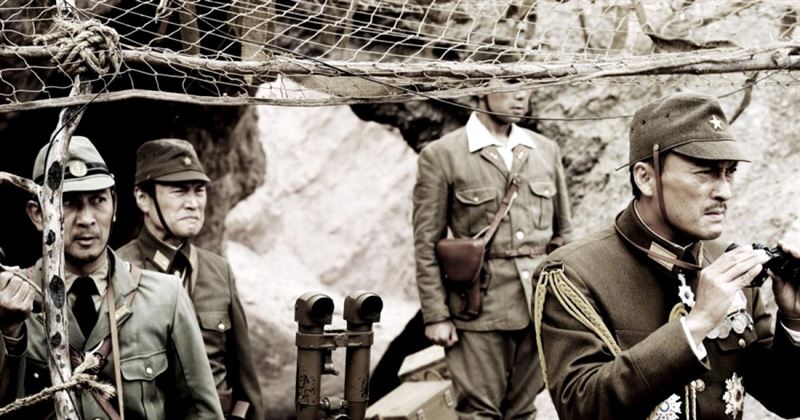 Also the overall sound and special effects were great, and the uniforms and weapons in the movie seemed legit. I’m not a weapon or uniform expert, but one can tell that they weren’t playing with ‘toys’.

You can buy Letters from Iwo Jima on Amazon (U.S.) and Amazon (U.K.)