Provided here is a book review and analysis of the book “Memoirs of a Stuka Pilot”. In regard to the writing and flow of the book I can say with confidence that I thought it was well written for a memoir. But Overall the book bothered me. Mainly the part that bothered me was the amount of lives taken by one single man. Literally the pull of the trigger, a release of his loads of bombs over the years, accounted for thousands of lives. I had to stop and think If I had ever read another book or memoir where the main character directly had his hand so many deaths. 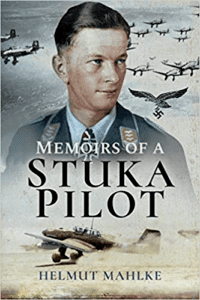 Secondly, I was riveted in place at the details of the memoir. Starting as a cadet, Mahlke served in the German Navy, later he was trained as a flyer in the Navy.  Mahlke eventually was assigned a leadership position in a Stuka bombing group. The memoir covers in detail the man’s life in uniform as he participated in the air war and bombings during; the Polish Invasion, the Lowlands invasion, the Invasion of France, the bombing of the Britain, the campaigns in North Africa, the Mediterranean, Crete, Italy and finally the Eastern Front.

The memoirs ended abruptly after the initial successful German invasion of Russia! Did the subject become incapacitated? No. Did he retire? No. Was the subject captured or imprisoned? No. The story ends when Mahlke is shot down in flames by a Soviet fighter and severely burned. He was able to make it back to German lines. He spent the remainder of the war in various staff appointments associated with the Luftwaffe. But why didn’t he write about the continued success of his Stuka Group? Why didn’t he write about the downfall of the German Luftwaffe and retrograde operations in the Eastern front that fell all the way back to Germany, and ultimately Berlin? 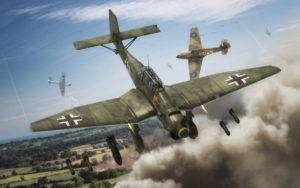 It is odd that a war memoir would only cover the successful parts of the campaigns. The book would have been a lot more fulfilling and interesting if it explained what happened to the power of the Luftwaffe? Why could they not maintain air superiority where they were fighting? What started the downward spiral for the Luftwaffe?

I think the author would have been in a prime position to tell us the rest of the story from an experts point of view. But he doesn’t. I think his explanation of what happened after he was injured and assigned a desk job would have been a great addition to the overall story.

The afterword section of the book, apparently written for the “American Edition”, goes on to detail exactly what happened to him after his injuries and also goes into detail on what happened to his Stuka Group and the protracted fall of the German Forces at the eastern front. Another author provides the afterword. It was nice closing piece to the story added years after it was originally published.