Cyril’s book, originally published in 1955, here republished in 2019 is a frank and candid look at the nuisances of tank warfare in North Africa during World War II. This story was written from the perspective of a tank squadron commander of the 7th Armored Division, AKA the Desert Rats. 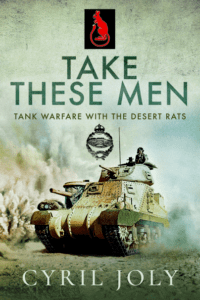 Comprised of 355 pages and no images this book as a great story that thoroughly covers the good and bad of tank warfare as the Desert Rats fought The German’s and Italians in the North African Desert. Having served in a US Armored Division I can comment that tank warfare is not for gentlemen and is geared towards hard work, tough environments, and the daily grind of taking care of your troops and your tank. Cyril Jolly was a great leader in tank warfare. AS he documents in the book tank warfare took its toll in human lives and had a significant impact on the mind of the men that lived and died in those tanks. At this time in history tank warfare tactics and strategy was just being developed by the Germans as well as the British. The myth that pervades the story is that Rommel was some kind of tank warfare wizard. Nothing could be further from the truth. Rommel as well as the British were developing these strategies to match the terrain and the enemy. The end result was that the German and Italian forces were defeated on the field of battle by the determination and grit of the British led forces. After battling from west to east Africa, and again back in the other direction the British led forces pushed the German and Italian forces out of North Africa. It was at this point in the war that the American forces were just entering the war. The American forces had very little play in defeating the German and Italian forces as the retreated and conducted retrograde operations culminating in abandoning their equipment and leaving the theater of operations.

The German and Italian defeat in North Africa is thoroughly covered in this book from the perspective of Cyril Jolly, a British tanker from the 7th Armored Division, the Desert Rats. Their story is one that will stand the test of time in history. When people think of tank wars in the desert, the Desert Rats are the first thing to come to mind! Legends!

The name Desert Rat was coined by the first divisional commander, Major-General Percy Hobart on a visit to Maaten Bagush. There he met Rea Leakey, then GSO 3 Intelligence, who had a pet jerboa, or “desert rat”. Hobart took to the animal and decided to adopt “The Desert Rats” as a nickname for the division. The shoulder flash was designed by the wife of his successor, Major-General Michael O’Moore Creagh, using a jerboa from Ca 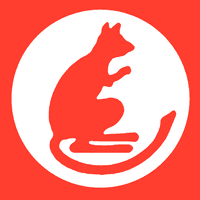 iro Zoo as a model. The resulting shoulder patches were made of scarlet thread. These were unofficial; the War Office did not adopt the flashes until the summer of 1943 and then redesigned them to look, in the opinion of Leakey, more like a kangaroo than a jerboa.

Lieutenant Colonel Cyril Joly was born in southern China and educated at Clifton College and the Royal Military Academy Sandhurst. He joined the Royal Tank Regiment in 1939 and served throughout the Western Desert campaign during which he was wounded and awarded the Military Cross and bar. He also wrote Silent Night: The Defeat of NATO. He died in 2000.