The Defense POW/MIA Accounting Agency (DPAA) announced today that the remains of a U.S. serviceman, missing from the Korean War, have been identified and will be returned to his family for burial with full military honors.

Many soldiers became surrounded and attempted to escape and evade the enemy, but were captured and marched to POW camps. Sparks was subsequently declared missing in action as a result of the battle that occurred Nov. 2, 1950. 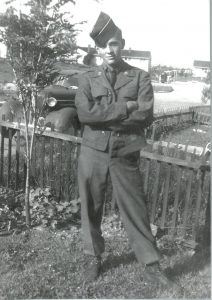 Sparks’ name did not appear on any POW list provided by the CPVF or the Korean People’s Army. Based on this information, a military review board amended Sparks’ status to deceased in 1951.

In 1953, however, during the prisoner of war exchange historically known as “Operation Big Switch,” five repatriated American soldiers reported that Sparks was held at POW Camp 5 and died at the camp.

Between 1990 and 1994, North Korea returned to the United States 208 boxes of commingled human remains, which when combined with remains recovered during joint recovery operations in North Korea between 1996 and 2005, included the remains of at least 600 U.S. servicemen who fought during the war. North Korean documents included in the repatriation indicated that some of the remains were recovered from the vicinity where Sparks was believed to have died.