The RPS RAJAH SOLIMAN (D-66) a former FLAGSHIP of the Philippine Navy sunk on 29 June 1964 during the height of TYPHOON WINNIE. 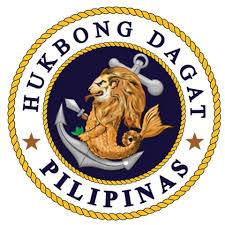 The loss of a Flagship is a major blow to any Naval Force; fortunately during this incident none of the Officers and Crew was lost. Despite the fury of Mother Nature, the ships entire complement fought bravely to save the ship until the end.

During my stint as Research Officer of the Office of the Naval Historian (OTNH) in Fort San Felipe, Cavite City, it was the History of RPS Rajah Soliman (D-66), RPS Datu Kalantiaw (PS-76) and RPS Leyte (PS-30) that prompted me to conduct further research on the three ships as very little is written about them both on line and on print. In this brief history, I have accessed all available information on line, on print and questionnaire to Sir Jhun Nonato– the Son of CAPTAIN GODIARDO G NONATO PN (GSC)-Skipper of RPS Rajah Soliman.

For us to know what transpired on that fateful day, this is her story.

The USS Bowers (DE-637) is a Buckley Class Destroyer Escort of the United States Navy commissioned on 27 January 1944 and participated in the major battles of the Pacific War from Operations in New Guinea, the Battle of Leyte Gulf and Okinawa. Her duties include Search and Rescue (SAR), Escort, Naval Gunfire Support, Anti-Submarine operations and Radar picket. She was hit by a Kamikaze on 16 April 1945 killing 37 of the ship’s crew.

She was named after Ensign Robert Keith Bowers 0-84057 USNR, a Seaplane Pilot of Observation Squadron 2 aboard the Battleship USS California (BB-44) killed in action on 07 December 1941, during the Japanese attack on Pearl Harbor. Ensign Bowers hails from Kittitas County, Washington. He is the Son of Mr Ira Alva and Eunice Bowers of Ellensburg, Washington. Ensign Bowers died during the Japanese first wave of attack while directing the moving up of the ammunition onto the deck of the USS California. As narrated by fellow officers to Ms Dorothy Dietz, fiancée of Ensign Bowers.

On 24 May 1945 preparations were made for the Destroyer Escort’s conversion to a High Speed Attack Transport of the Charles Lawrence Class, the conversion would not be finished until after the end of the Second World War. By September 1945, she was involved in training’s and exercises off Cuban waters, afterwhich, she was again decommissioned until February 1951 when recalled into the service and became part of the Atlantic Fleet as training vessel for the Marine Corps, USN Underwater Operations Group and Midshipman. By 1954 she is now attached to the 6th Naval District and serve as a Naval Reserve Training Ship.

She was named after one of the three famed rulers of Manila during the 15th Century Rajah Soliman along with Rajah Matanda and Rajah Lakandula who opposed the Spanish conquest of Manila. A very fitting name for a warship that symbolizes a Filipino patriot and warrior.

RPS Rajah Soliman was loaned and acquired during the administration of President Carlos P Garcia though none of the ships tabulated record of movement can be found during this period, though during the incumbency of President Diosdado Macapagal, the ship would take the President on his various trips on reaching far flung areas of the country along with the First Lady Eva Macapagal and the Staff. Notable of these trips were of the visits by the President on Burias Island on 27 December 1962. Some of the ships missions earlier in 1962 when she was dispatched to Singapore to pick up excess passengers Muslim pilgrims of MS Taipooan which was apprehended by Singaporean authorities for overloading.

Apart from her primary mission of conducting patrols on our vast territorial waters, RPS Rajah Soliman participated in various local and bilateral naval exercises with our American counterparts.

Typhoon WINNIE begun on 24 June 1964, a category 3 typhoon it was the most destructive typhoon to hit the country in 30 years, it hit Manila and nearby provinces on 29 June 1964. Manila experienced a total black out due to the effects of the typhoon with several structures damage and lastly leaving people homeless with about 500,000 affected.

As noted earlier, the typhoon hit Manila on 29 June, where in RPS Rajah Soliman is already at the Ship Repair Facility (SRF) in Mariveles, Bataan. As narrated by Sir Jun Nonato (Son of Commander Godiardo Guinson Nonato 0-1976 PN PMA Class of 1944, skipper of RPS Rajah Soliman during the sinking), in his memoirs and as narrated by the crew of D-66 to him after the disaster that they have tried to save the ship but they were no matched to the waves in which the ship was pushed through to the concrete sea wall and pier.

Fighting hard to keep her afloat by pulling the towlines inland, but the fury of mother nature has taken over. After giving the order to abandon ship Commander Nonato decided to stay behind, but was pulled out in time by his crew as a chunk of metal felled from the mast that almost hit him.

Since the ship was undergoing repair on that period, its engines were removed, In which Sir Jun overheard his father that if the engines were there, he would have taken her out to sea with much chances of saving her. But again it must have been God’s will as if the ship was taken out to open sea,loss of life might have occurred with the typhoons’ fury.

Also of note Typhoon Winnie’s local name is Dading which is also the nickname of Commander Nonato. He was court martialed for the incident as possible culpable neglect but was later cleared of charges, though sadly his naval career suffered as he was eventually bypassed for promotion to Captain (Colonel).

The ships superstructure and starboard side were badly battered by the pounding waves and caused its eventual capsizing. The debris and mud further deteriorated the wreck.

Apart from his General Staff Course (GSC) and other local schoolings, he has taken United States Navy’s Highly Specialize Mine Warfare Course at the US Naval Mine Warfare School, Yorktown, Virginia. Commander Nonato is the Philippine Representative for the course along with 11 other Naval Officers from Argentina, Belgium, Brazil, Denmark, Germany, Japan, Taiwan, Thailand, Turkey, Republic of Korea and Sweden.

He is married to the former Ms Coleta Oquias and has Seven Children namely: Lysander, Cynthia, Godiardo Jr, Jocelyn, Tyrone, Kyster and Yvette.

Captain Nonato retired in 1969 at the age of 50 with last rank held as Navy Captain. Afterwhich he joined Ysmael Shipping and shuttled between Manila and Hong Kong as part of his job. After his stint with the Shipping Company, he did contract repair works with the Navy. His last job before retiring for good was as the Administrative/Personnel Manager of Feagle Enterprises.

Based on the book “ Mud, Muscle and Miracle by Captain Charles Barthomomew USN and Commander William Milwee Jr USN, after the typhoon’s departure, plans were made by the Philippine Navy to salvage the ship as it lay on 24feet of water and 8 feet of mud with a 150 degree list. Philippine Navy Salvage Operators using pontoons were able to bring the ship to 10 degrees. Discussion after revolved if it’s worthwhile to salvage D-66 considering the cost and if she’s still repairable despite the damage she took on her structure and hull.

The Philippine Navy dilemma of salvaging the ship became known to the Chief Salvage Officer of the USN’s Pacific Fleet Commander Eugene B Mitchell. As stipulated in the Military Assistance Pact that ships and equipment when no longer needed by the allies reverts back to United States control or ownership. Thus on December 9, 1964, D-66 reverted back to US Control.

The Salvage Process took almost a month beginning 16 January 1965 and ending on 18 February 1965, though to put the ship in the upright position took only 13 days and with the remaining two weeks for the dewatering, deballasting and cleaning of mud and debris. Five Parbuckling attemp’s were conducted for the salvage operation.

I have consulted two notable publications with regards to the raising of RPS Rajah Soliman (D-66) that covers in detail the Salvage Operation conducted, Methods Used and Forces involved these are: Mud, Muscle and Miracle by Captain Charles Barthomomew USN and Commander William Milwee Jr USN and Harbor Clearance Operations by the United States Navy’s Naval Sea Systems Command released in 1989. I have provided the links to these two publications for further consultation by our readers on the sources section below.

ESSENCE OF THE OPERATION: TESTED TECHNIQUES

The raising of Rajah Soliman’s wreck is of note as the facility is a vital industrial berth, thus removing the wreck is of the essence, while the United States Navy saw it as important salvage exercise to further hones its capabilities with the impending Vietnam War with the exercise objective in keeping Vietnam’s Rivers navigable during the conflict. The SALVEX also brought the importance of the Lift Craft type of vessel in this kind of operations.

The parbuckle was last used almost 20 years ago and during the Salvage operations with Rajah Soliman it has again proven that the technique is still up to its standards with adequate technological and personnel support.

After the successful operation D-66 was towed to the Ship Repair Facility at Subic Bay Naval Base on 1300H 18 February 1965. Another survey was made of the ship and it was decided that she is beyond economical repair. She was sold to the Mitsubishi International Corporation for scrapping on 31January 1966.

COMPOSITION AND FATE OF THE US NAVY SHIPS DURING THE SALVAGE OPERATIONS FOR RPS RAJAH SOLIMAN.

USS Bolster (ARS-38) a Bolster Class Rescue and Diving Ship was commissioned in to service on 01 October 1945 and as of the present undergoing scrapping. During the SALVEX her Skipper is CDR Francis L Looney USN.

USS Grasp (ARS-24) is a Diver Class Rescue and Salvage Ship commissioned on 22 August 1944 and conducted patrol missions during the closing days of the World War Two. She again saw action during the Project Jennifer Operation. During the SALVEX she is skippered by LCDR Peveril Blundell USN.

USS Takelma (ATF-113) is an Abnaki Class Tug commissioned on 03 August 1944 in US Naval Service and still currently in active service with the Navy of Argentina as ARA SubOfficial Castillo (A-6). During the Rajah Soliman SALVEX her Commanding Officer is LT Ray William Jr USN.

USS YD-127 is a 100-Ton capable Floating Crane currently no records or details exist on line. (Based on the Harbor Mine Clearance Operations handbooks, it notes that YD-120 was utilized during the operation, but again one of the illustrations notes the Yard Crane is YD-127 though no on line records of YD-127 is available, while YD-120 is currently in service at Apra Harbor, Guam.

Other US NAVAL OFFICERS INVOLVED ON THE SALVEX were:

POSTSCRIPT:
What is lacking on this article is the details of the SALVEX operation and personnel involved conducted by the Philippine Navy as they have initially righted the ship earlier on and the author would highly appreciate any information on this particular matter.

Exchange of Communication via email with the SON OF CAPTAIN NONATO – Sir Jhun Nonato from 15 June to 27 June 2018, upon request of this author, he kindly provided photographs of CAPTAIN NONATO as well as other details of his Family and career. His memoirs https://my-memoirs.yolasite.com/rps-rajah-soliman-capsizes-o… and https://my-memoirs.yolasite.com/…/rps-rajah-soliman-de-66-co… were vital in completing the D-66 story. The author highly appreciates the assistance of Sir Jhun Nonato in the completion of this article.