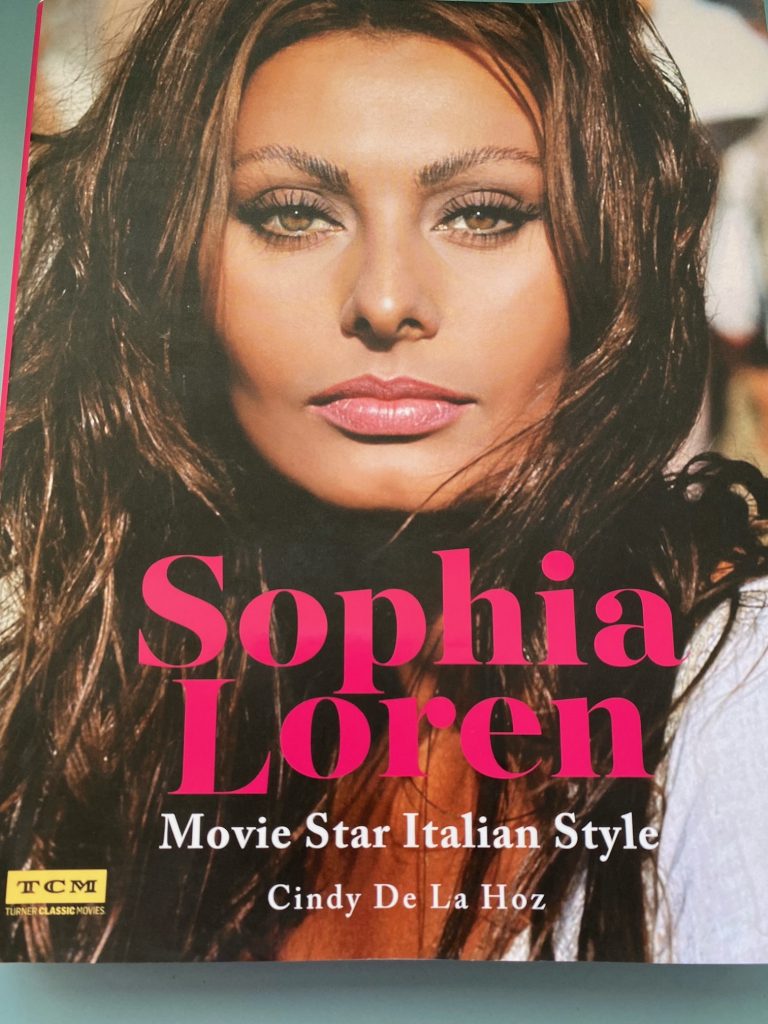 Being there . . . . as a welcomed, nay, marvelous, pause from the darkness and destruction of
World War II to meet and greet a new friend, then gaze upon her with wonder and awe – – not
only at the depths and heights of her incredible natural beauty, but also, and, more
importantly, the miracle of her self-realizing, self-actualizing, all-encompassing loving
personality . . .
A WARM, ENTHUSIASTIC ENCOMIUM OF SOPHIA SCICOLONE LOREN FROM POZZUOLI, ITALY
“The two big advantages I had at birth were to have been born wise and to have been born in
poverty,”
Sophia
From the humblest of beginnings in her native Italy, Sophia Loren would come to flourish on the
world stage as one of the most beautiful and talented actresses the screen has ever known.
Thrust into the spotlight after winning a prize in a beauty contest at the age of 16, Sophia has
had one of the most varied and interesting paths in motion picture history. No one would have
guessed that the “stuzzicadente”, ‘toothpick’, as she was called growing up in a small seaport
town outside Naples would one day be an international movie icon. However, she and her
family couldn’t escape the enormous tragedy of Mussolini, Fascism, Hitler, the SS, Jewish
roundups, and the resulting years of “deaths, darkness, and destruction”. Growing up in
Pozzuoli during the war was terrifying. At age nine on the day of her First Communion, the
service was interrupted by a bombing, with one explosion only a few hundred yards from the
church. Read more,
“SOPHIA LOREN – Movie Star Italian Style”, by Cindy De La Hoz. Hachette Book Group, Running
Press, Philadelphia: 2017, 263 pages, hc, $35. Visit, www.runningpress.com.
Reviewed and Highly Recommended by Don DeNevi
“There is a fountain of youth: it is your mind, your talents, the creativity you bring to your life
and the lives of people you love. When you learn to tap this source, you will truly have defeated
age,”
Sophia
Respected by her own generation in her own country no less than throughout the whole
cinema world, Sophia has fulfilled the happy, extraordinary portent of her mother when
pregnant with her. Like famed American architect Frank Lloyd Wright’s mother who “knew”
when she was pregnant her unborn son would be one day be her country’s greatest architect,
Romilda Villani, a stunningly beautiful pianist whose talent earned her a scholarship in Naples,
“knew” her unborn daughter would be named “Sofia” Scicolone and her future “Princess of
Pozzuoli”, sooner or later, would blossom into an ageless beauty, an enduring star. But for her
daughter to be unique and one of the most internationally renowned of film luminaries,
mamma Romilda would have to negotiate with fledglings, Sophia and younger sister, Maria,
heart-breaking poverty, an unemotional, frigid, bitter, rejecting, father. Riccardo Sciolone was

no longer willing to share his name officially to give Sophia, born out of wedlock, a situation
that still saddens Sophia. Food was scarce, an aunt and two uncles moved into the small family
unit, and when World War II began even greater hardships, privations, and horrors besieged
the family and little girls. German troops were an ominous, ever-present sight that terrified
Sofia. Naples, as a port city that was bombed constantly, blazed air-raid sirens all the time.
Thus, it was that Sophia, in her most formative years, grew up amid bombs, infestations,
searches for prison camp escapees, Allies and Jews, the constant possibility of being raped.
This superlative book is a photographic tribute to the beloved icon, taking you on an illustrative
journey through her remarkable life, dearest relationship, and diverse films. Featuring hundreds
of crystal-clear, rare 8 ½” x 10 ½” photos, and filled with endearing quotes by Sophia and about
Sophia, the Running Press hardcover is a pleasant surprise as a homage to the ageless star for
movie fans.
In a career spanning close to seven decades, Sophia starred in epic block busters of the ‘50s,
‘60s and ‘70s, dazzling in dramatic roles opposite such greats as Cary Grant, Marcello
Mastroianni (her favorite), John Wayne, Gregory Peck, and Marlon Brando, among others in
Europe.
“Hearing children laugh is like listening in on heaven.” Sophia
“Under his guidance, I would even have been willing to recite the telephone directory.” Sophia
on Charlie Chaplin
“The birth of my first child was to me the most longed for and joyful event in my life.” Sophia
“When I perform with Marcello, I am the full moon. And he is the ring around me.” Sophia
This is all a reader needs to know about her character and personality, who she really is . . . .