The story of Stanisława Leszczyńska is one that revolves not only around the horrors of the Holocaust, but also around Catholicism and the Polish people of the day. Leszczyńska’s account is both courageous and heroic, to be sure, but it additionally gives us a glimpse into daily life at both Auschwitz and under the Nazi regime.

In many ways, Auschwitz was its own working city. There were living quarters, offices, kitchens and a sick ward. However, only those in the most severe condition could visit the sick ward, and the physicians themselves were prisoners as well. Those who seemed to be in critical condition, with a terminal illness, would be slated for extermination. After all, the Nazis felt if you could not work, you had little use. For this reason, the physicians would widely cover up diseases and sickness, in the hopes of saving lives. Such is the case with many sufferers of typhoid at the camp. The sick ward had its own maternity ward, and this was where Leszczyńska worked as a Polish midwife.

The Work of a Midwife

Leszczyńska was born in 1896, attending school for midwifery in a poor area of Poland. Before the war broke out, Leszczyńska would travel from home to home, delivering babies as she was needed. Many remembered her as a very hard worker, who devoted nearly all of her waking time (and many nights) to her profession.

In 1943, Leszczyńska and her three children were arrested and sent to the concentration camps, her sons to the stone quarries and Leszczyńska and her daughter to Auschwitz. They both were given the traditional camp experience – stripped of all possessions, assigned poor excuses for clothing and set to work. Leszczyńska would end up spending two years of her life here, working in the sick wards, of which there were three. Each was a long wooden room, with one stove for heat, and a frequent flooding problem. There, the pregnant women would be put up to four women to one bed, for which there were no mattresses. Vermin and fleas infested the rooms, and the lack of proper climate control meant the interior filled with ice in the winter. 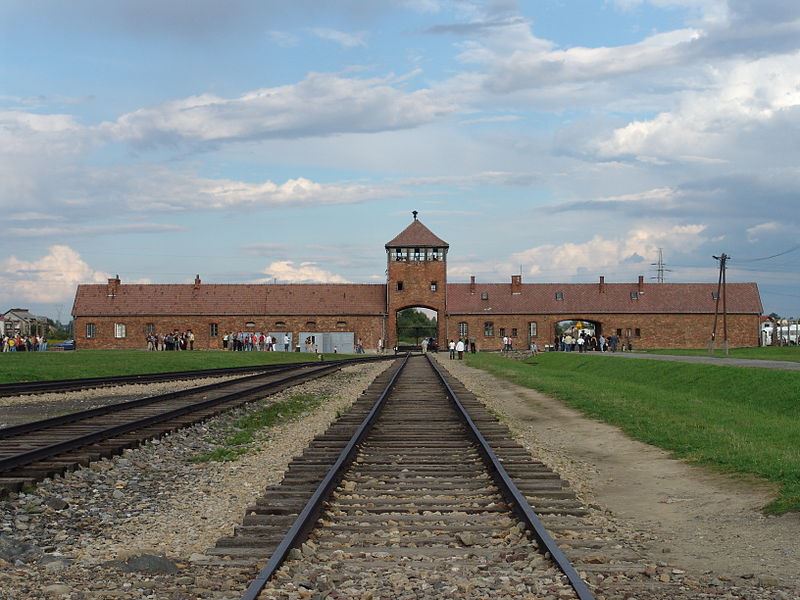 There were no real tools for delivery in the maternity wards. The heating oven was very rarely lit and the Nazis did nothing to provide mother and child with proper care. On average, about 1,200 patients would be in the sick ward (including the maternity ward) in a day, with a death rate of about 12 individuals per day. During childbirth, women would be given aspirin as way of pain relief, and there would be no antiseptics for sanitary purposes. At first, Leszczyńska worked on her own, but was eventually aided by several other physicians who came to live at the camp.

Obtaining any extra resources needed for deliveries and infant care was risky. Oftentimes, a woman would give up her meals for several days, in order to store up credit to buy fabric. The fabric would then go toward diapers and clothing for the infant. When it came to cleaning the cloth diapers, it was often very difficult, as the prisoners had no real access to water for such things. Infants also did not receive sufficient rations. When a child became too much of a bother to the Nazis, whether because it needed extra care or was simple annoying, it would be disposed of.

However, this wasn’t always the case. Up until the summer of 1943, all infants born in Aushwitz were simply drowned immediately. The job was usually given to a German-race prisoner, sometimes a prostitute, and even in one instant a woman that was accused of murdering children to begin with (it was said she would be suited to the task). The mothers were forced to listen as their children died. Later on in the year 1943, the Nazis began seizing all infants born with blonde hair and blue eyes, instead of killing them; these childrenwould be sent to live with German, Nazi families, whether they would be integrated. Leszczyńska made a practice of marking each such baby with a small, improvised tattoo, with the hopes that the children would be able to be recovered after the war, and reunited with their mothers.

Despite the squalid conditions, Leszczyńska managed to deliver more than 3,000 infants. Out of all of the women and children she helped during this time, she did not allow a single one to die from either infections or other natural incidents associated with childbirth. At first, she was told to report all children she delivered as stillborn, and to kill them herself, but she refused. While she did face death threats from the Nazis for this refusal, they never followed through on their empty words.

After it was clear that she was not going to kill the infants she delivered (and the job was handed over to someone else), Leszczyńska was required to report to Nazi authorities on her mortality rates as the camp’s acting midwife. When she consistently reported not a single death on either the part of mother or child during delivery, the officials were often angry, and some were envious that she was accomplishing what not even the most qualified doctors in their Nazi hospitals could do.

After Auschwitz was liberated, Leszczyńska went back to her town in Poland, and continued her work as a midwife. She spent many years in her chosen profession and, while she was never particularly prideful regarding her amazing work, many of those who knew her spoke extremely highly of her, praising her efforts. While she often preferred not to speak of her time in Auschwitz in public, her son (all of her children went on to become physicians) did so on her behalf, and much has been written about her life. Leszczyńska passed away in 1974, but she has not been forgotten in her home country. Pilgrimages are frequently made to her grave; several hospitals are named after her; the main road at the Auschwitz concentration camp museum is also named after her; and she is a candidate for canonization by the Catholic Church.