Roza Shanina was only 14 when she ran away from home and only 20 when she became a sniper in the Red Army, determined to face the German invaders that stormed the USSR in World War II. Despite her young age, the army’s lukewarm disposition towards women-soldiers, and the trials of combat, Roza Shanina was celebrated for her outstanding marksmanship, breakneck courage and unrelenting fury until the day of her death in 1945.

This video was created by Natalie Sklobovskaya. It’s her Senior Seminar Project in Communication Design at Washington University in St. Louis, an animated story about Roza Shanina, a 20-year-old sniper in the Red Army during World War II.

Credited with fifty-nine confirmed kills, making her one of the most formidable female snipers of the Red Army. Shanina volunteered for the military after the death of her 19-year-old brother Mikhail Shanin near Leningrad in 1941. She chose to be a marksman on the front line.

In 1944, Roza Shanina was described by the Allied newspapers as “the unseen terror of East Prussia”. She became the first Soviet female sniper to be awarded the Order of Glory and was the first servicewoman of the 3rd Belorussian Front to receive it. 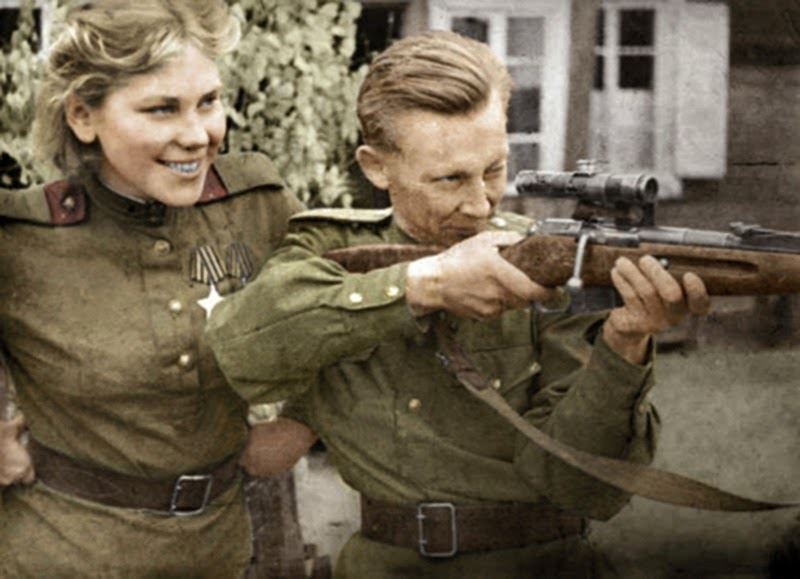 Shanina was killed in action during the East Prussian Offensive while shielding the severely wounded commander of an artillery unit.

Be sure to watch the above video to learn more about Roza Shanina, which has been made very nicely.