Argunners Magazine is able to present you stunning Then & Now photographs from the Battle of the Bulge. The photos were taken by Koos Winkelman from the Netherlands, who enjoys to travel and photographing places that once were part of (a bloody) history.

The Battle of the Bulge which started on December 16, 1944 and ended on January 25, 1945. It’s also known as Unternehmen: Wacht am Rhein. It was a major German offensive campaign launched through the densely forested Ardennes region of Wallonia in Belgium, France, and Luxembourg on the Western Front toward the end of World War II in Europe. 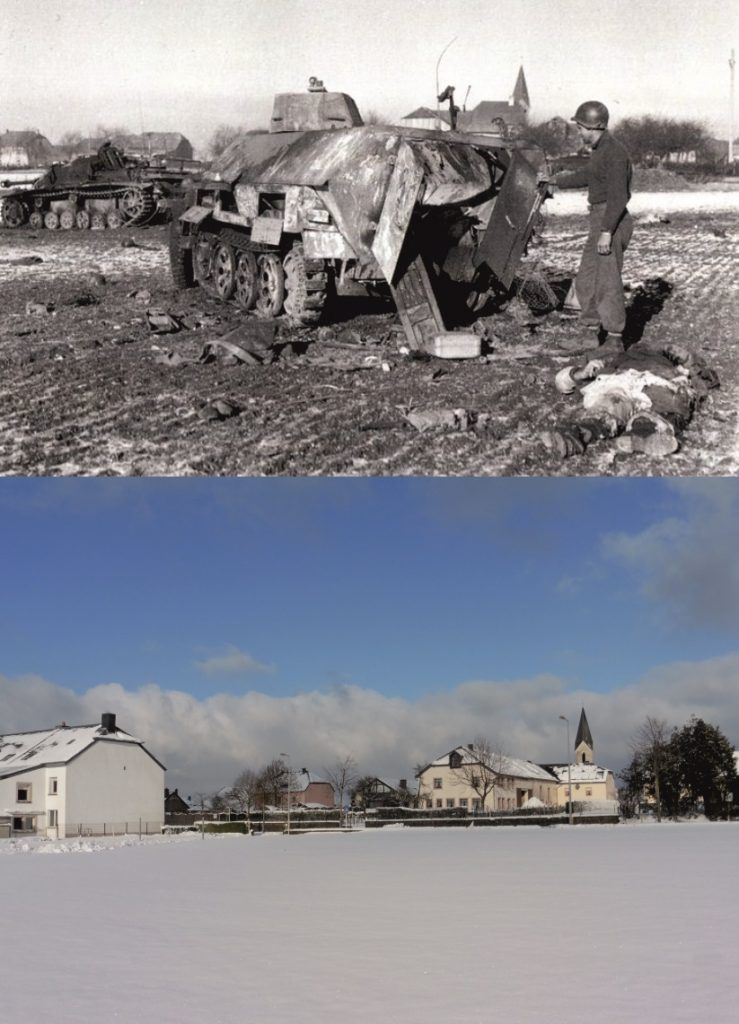 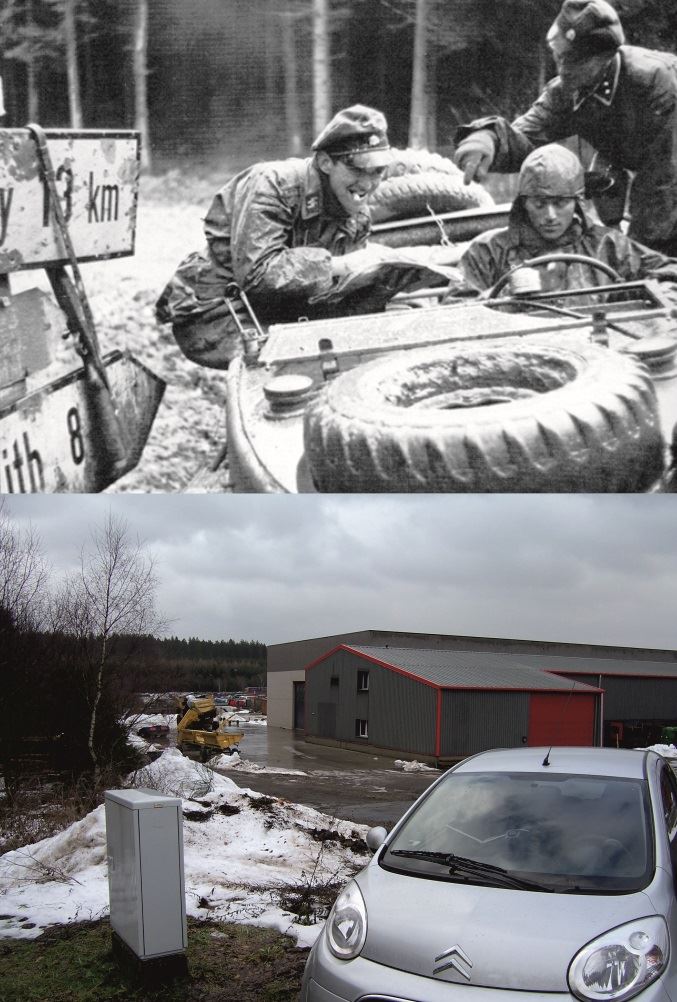 THEN PHOTOGRAPH: Soldiers of the SS-Panzer-Aufklärungs-Abteilung 1 as part of Kampfgruppe Knittel during the Battle of the Bulge. The photograph was taken at Kaiserbaracke on December 18, 1944. The soldiers have not been identified as of yet. 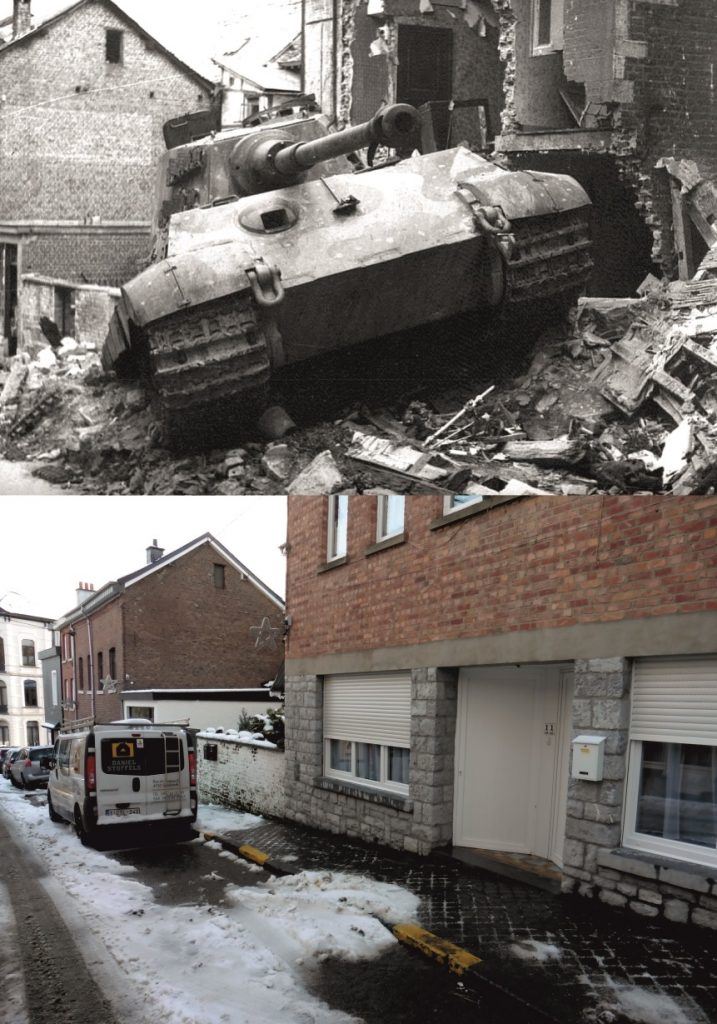 THEN PHOTOGRAPH: Three U.S. soldiers standing in front of Hotel des Ardennes behind a KO’d Panther in Ligneuville, December, 1944. 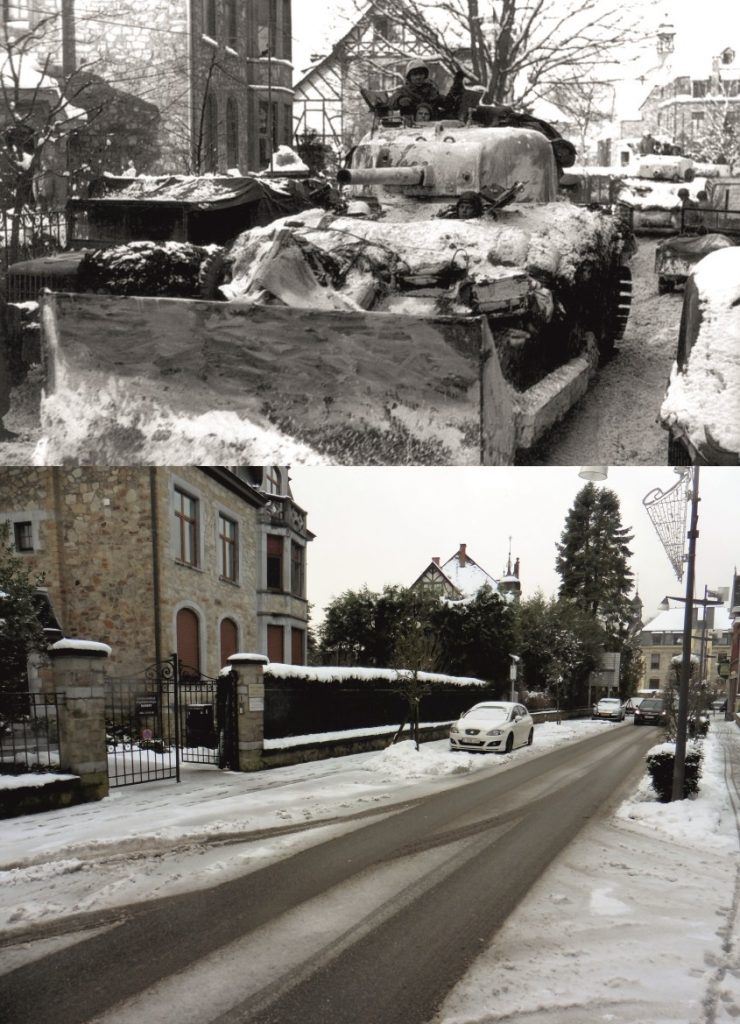 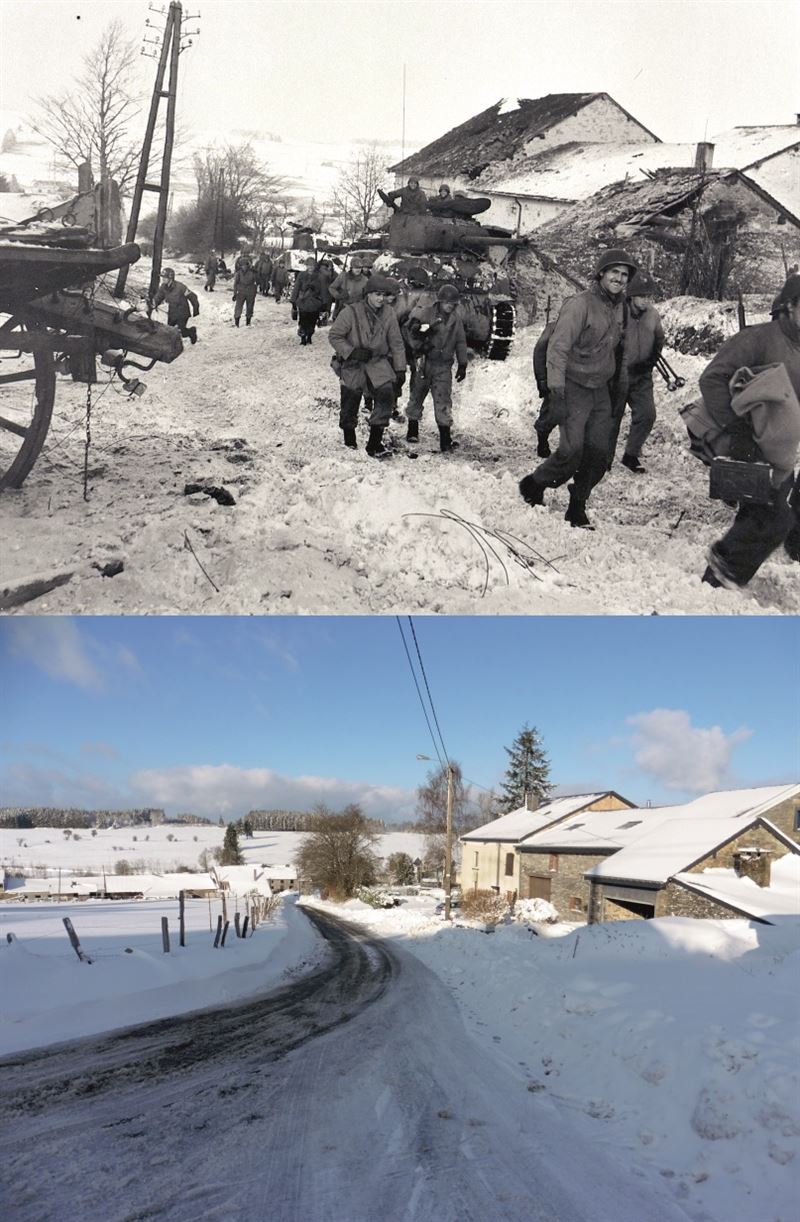 THEN PHOTOGRAPH: Troops of the U.S. 83rd Infantry Division pass through the village of Bihain. 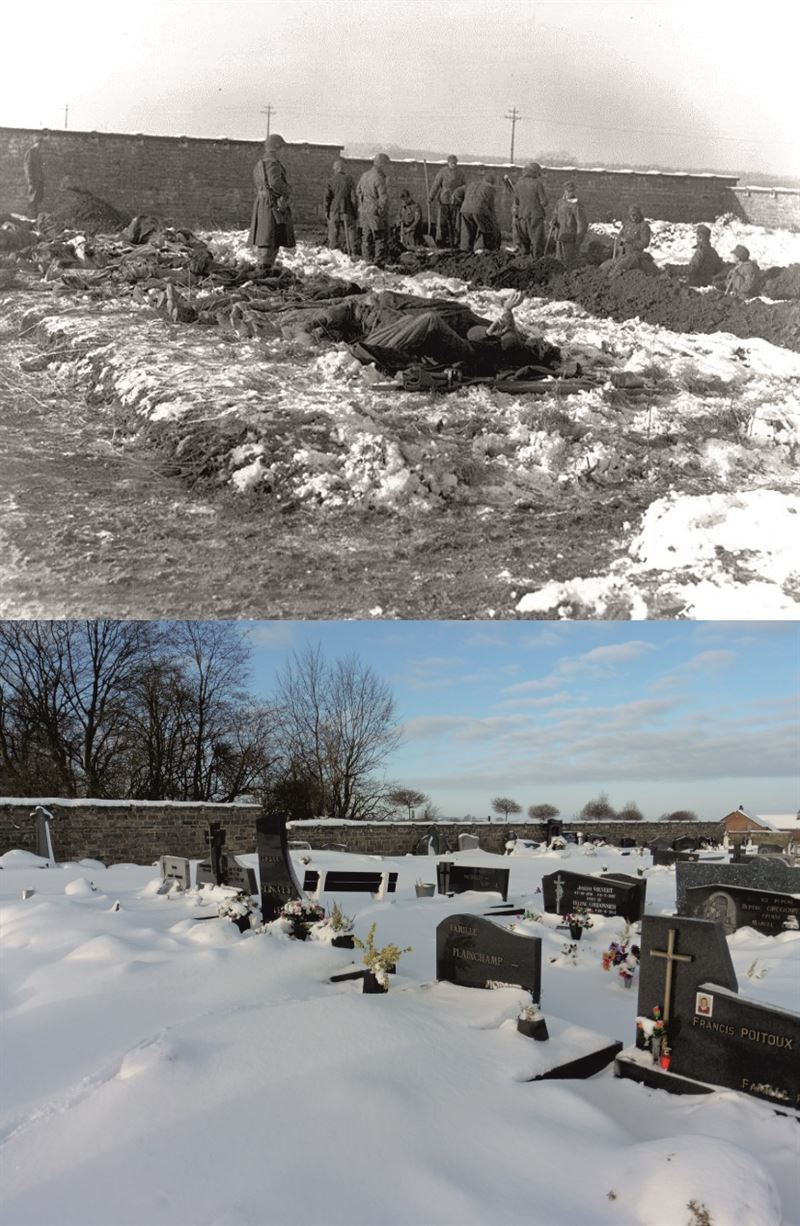 THEN PHOTOGRAPH: German POWs burying fallen soldiers in Bastogne, which is the the municipal cemetery of Bastogne.

THEN PHOTOGRAPH: General Troy H. Middleton shakes the hand of generaal Maxwell D. Taylor from the 101st Airborne Division in Bastogne on January 18, 1945.

This for now. Keep following Argunners Magazine to enjoy more Then & Now series. For those interested, you can take a look at Otto Funk in Normandy – Then & Now, Dijon in France during World War II – Then & Now or Hougoumont – Then & Now and so much more..