Photographical journey through the Allied and Axis Tanks that have been used during the Battle of Normandy in 1944. 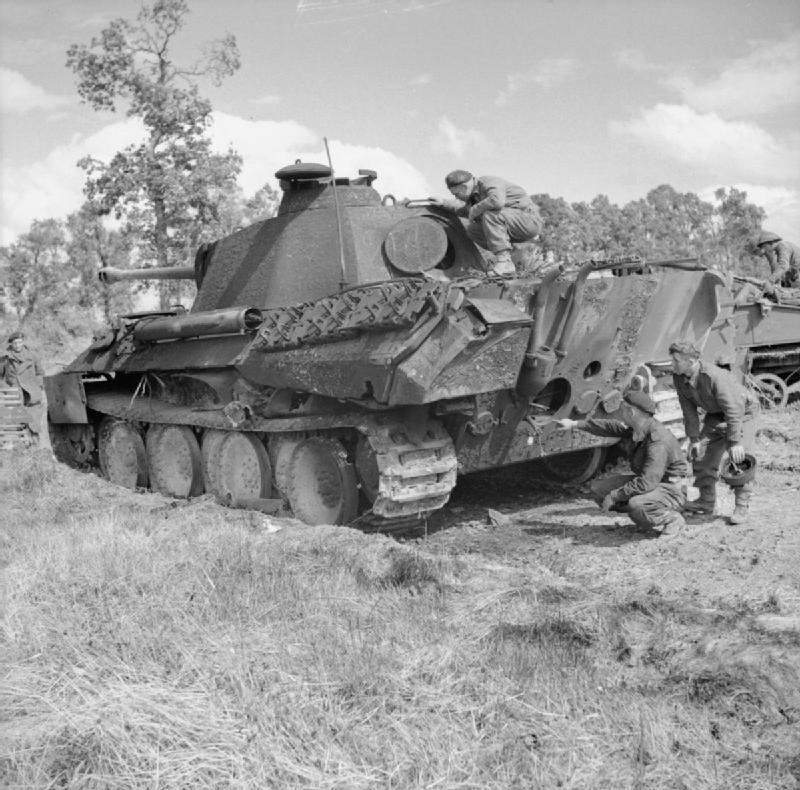 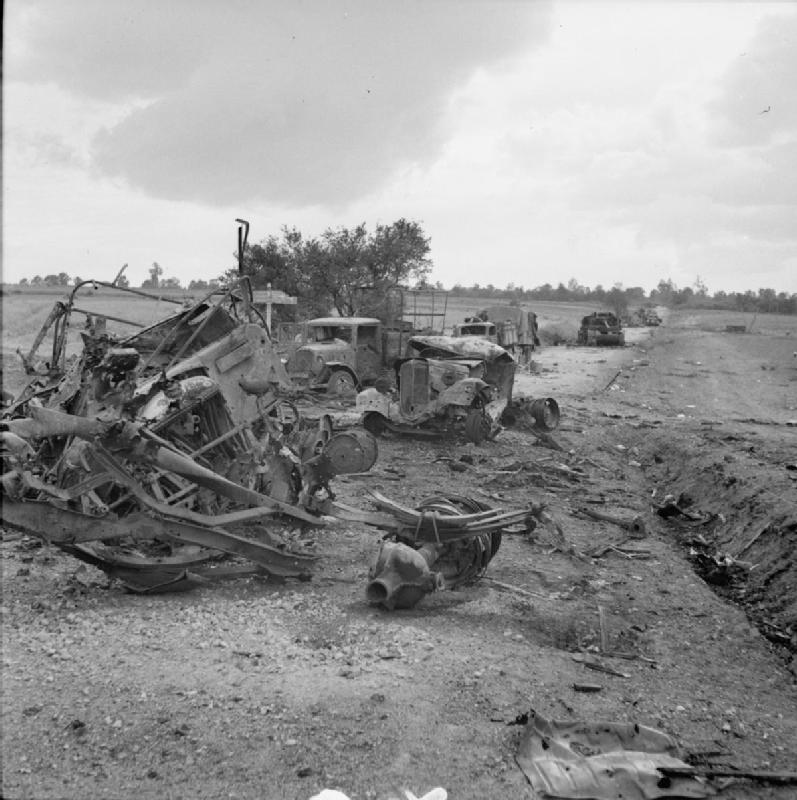 Wrecked German transport and knocked out tanks on a road in the Falaise-Argentan area, 21 August 1944. 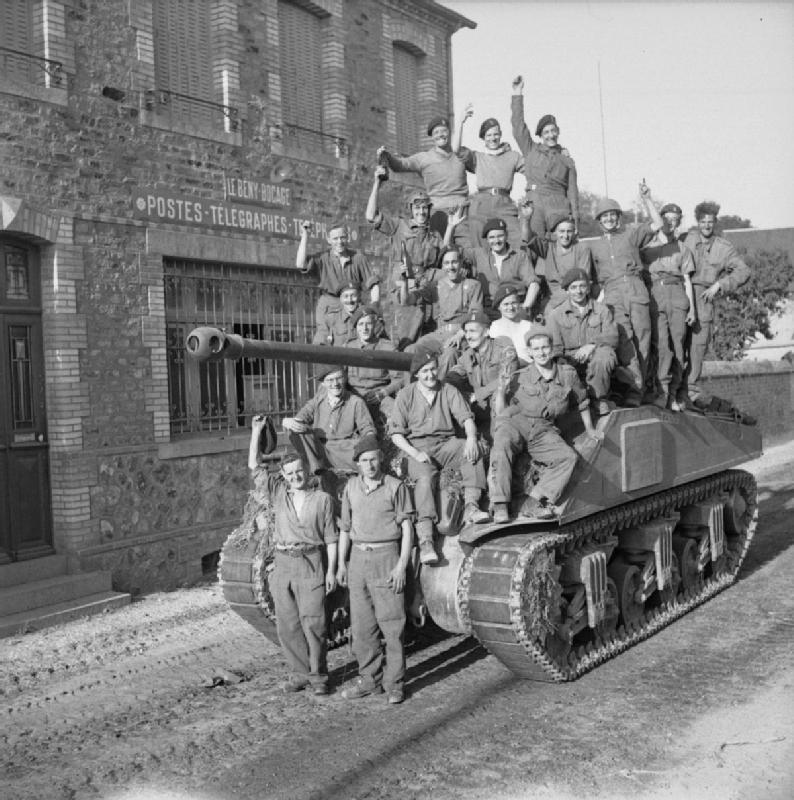 Tank crews crowd onto a Sherman Firefly to celebrate the capture of Le Beny Bocage, 1 August 1944. 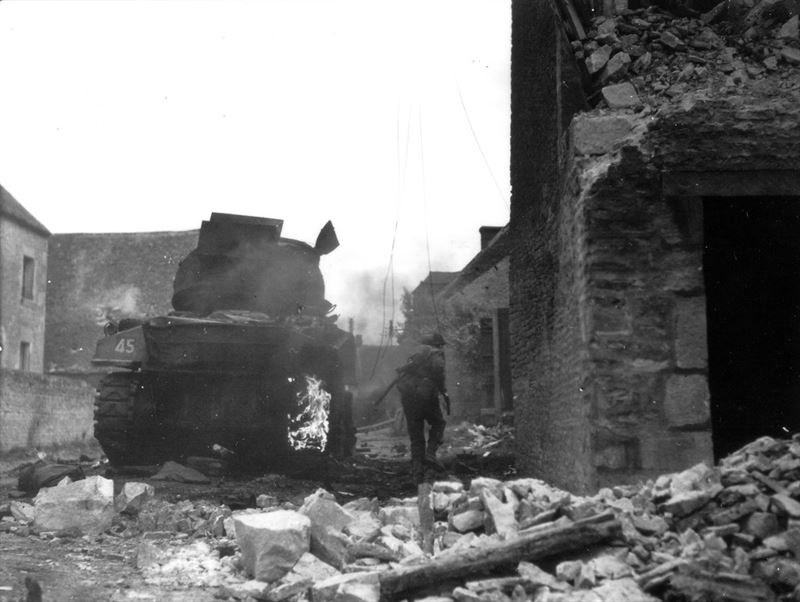 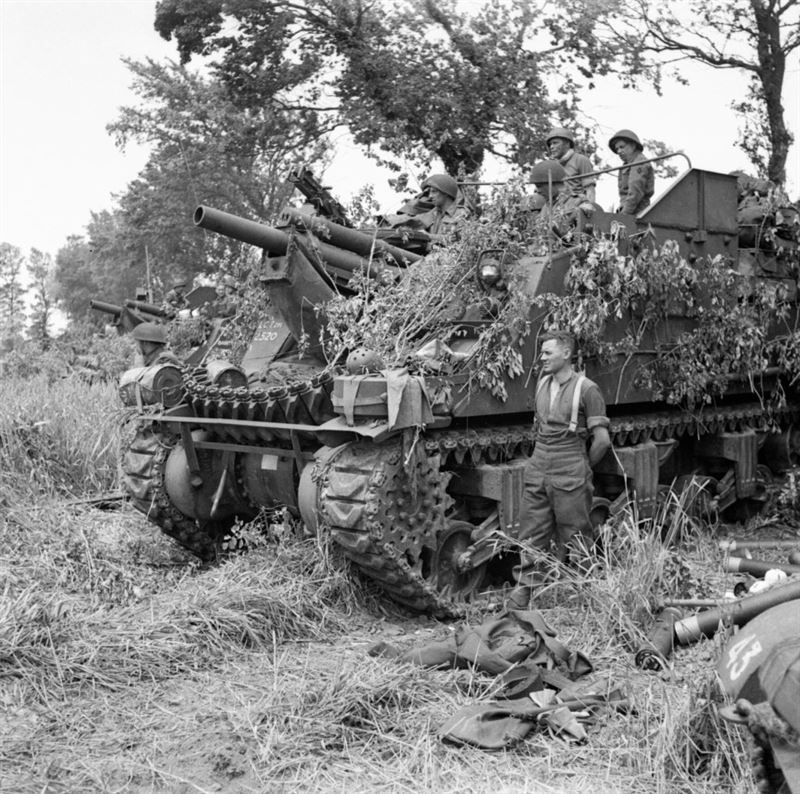 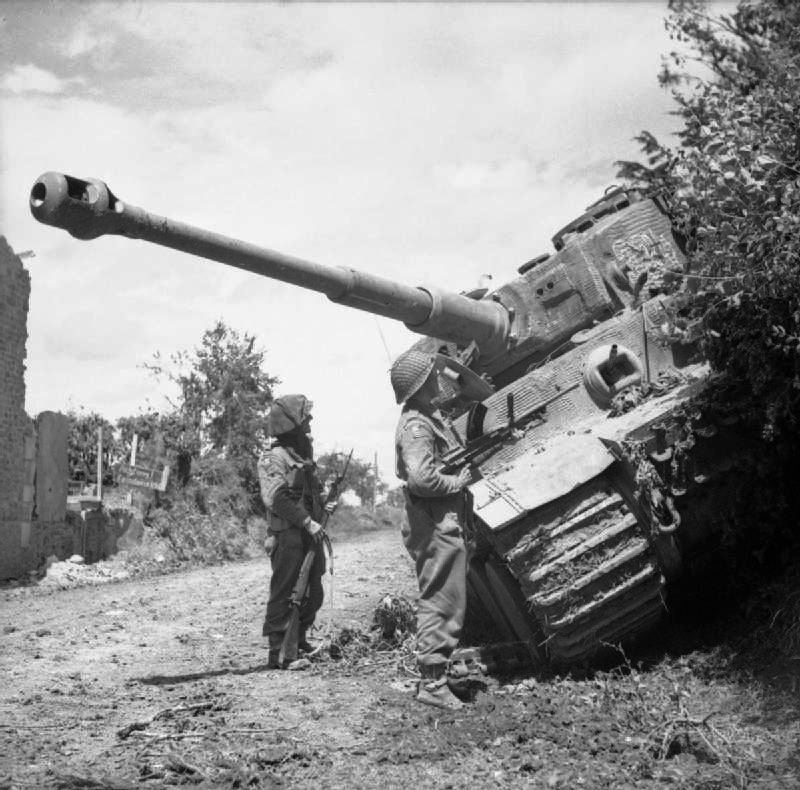 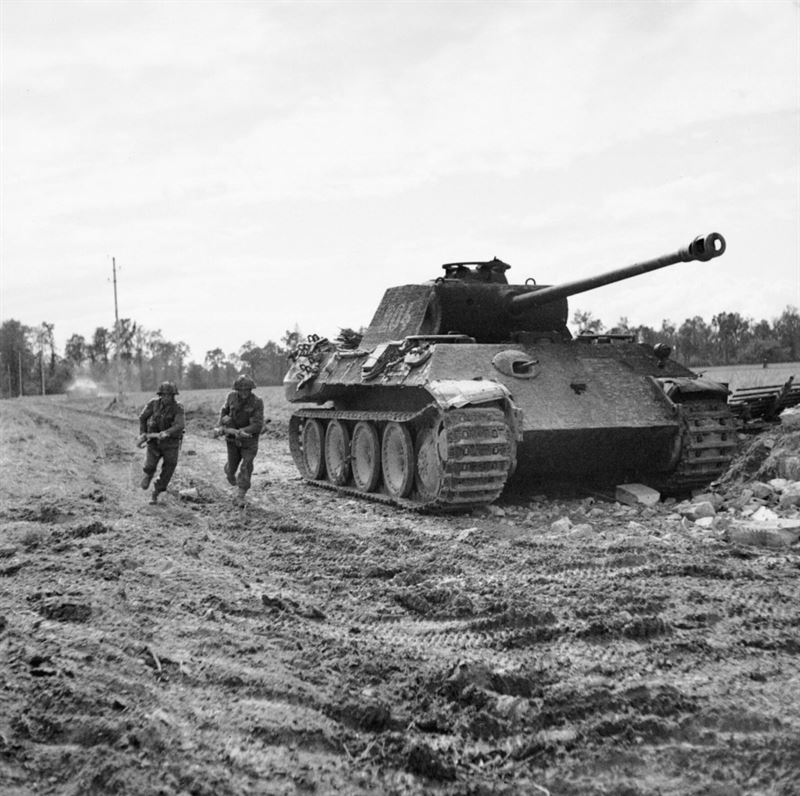 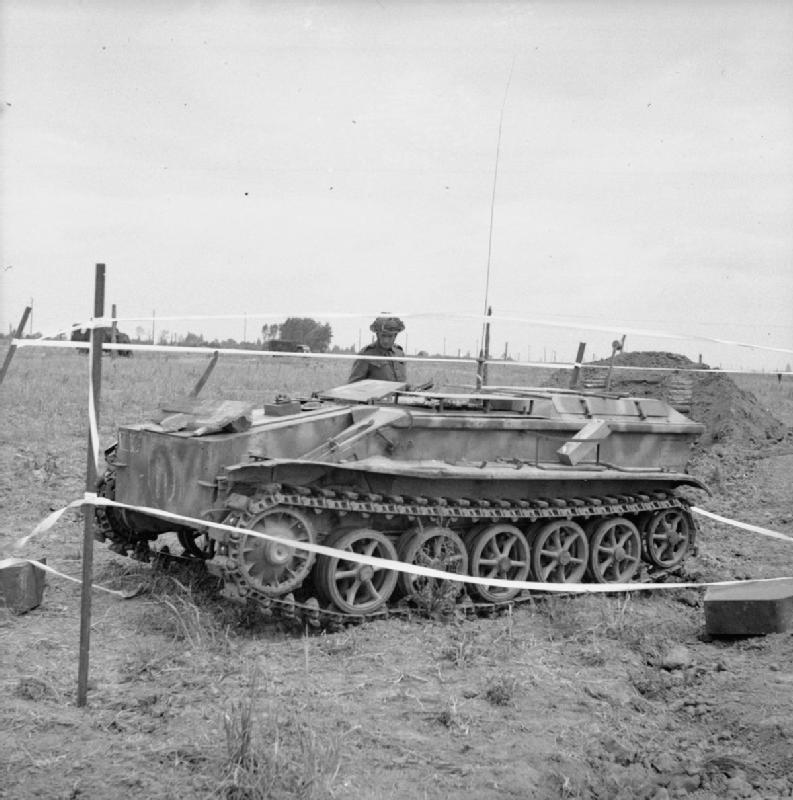 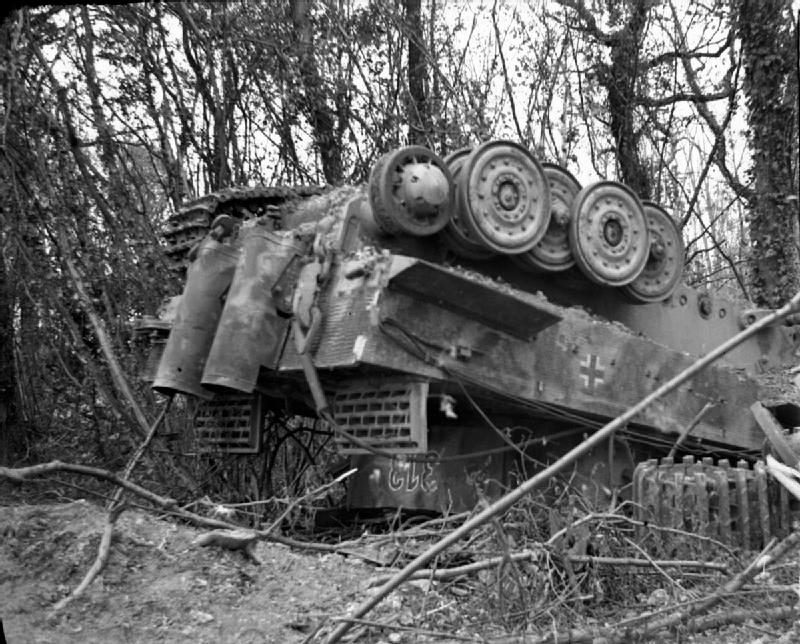 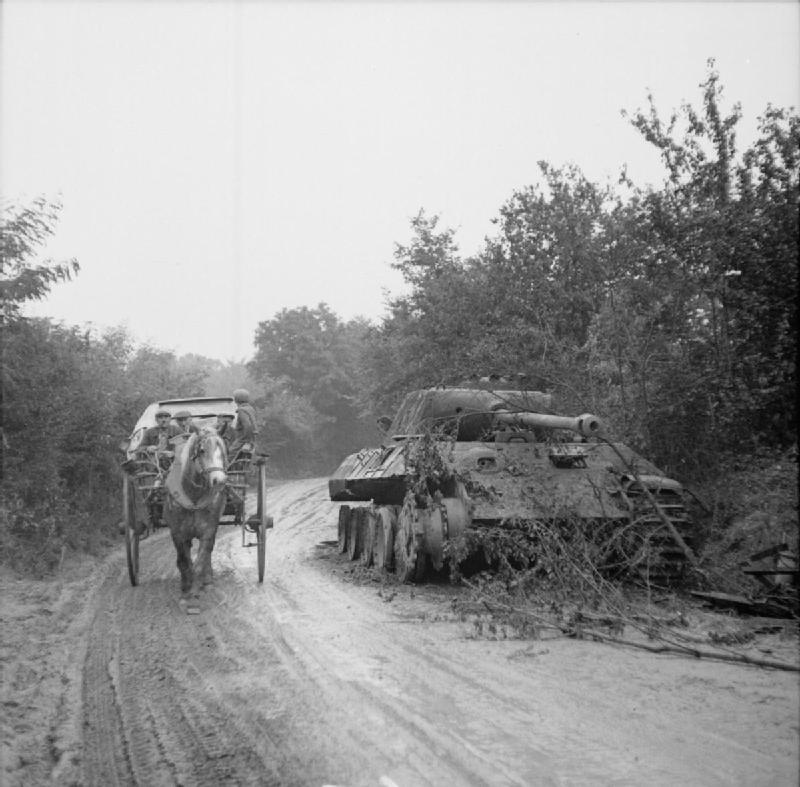 French civilians in a pony and trap pass a knocked-out German Panther tank in the Falaise-Argentan area, 22 August 1944. 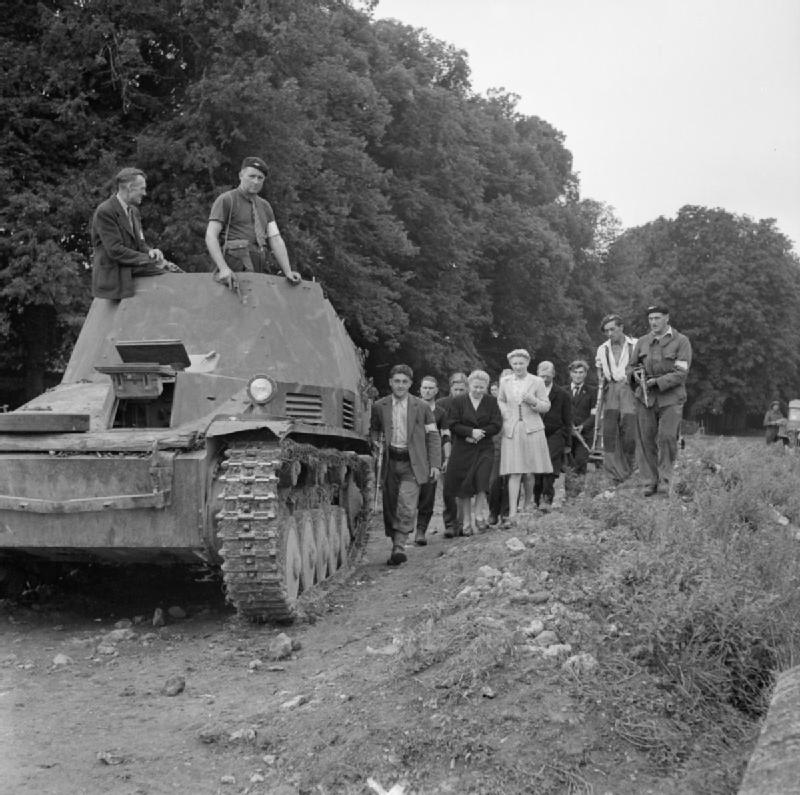 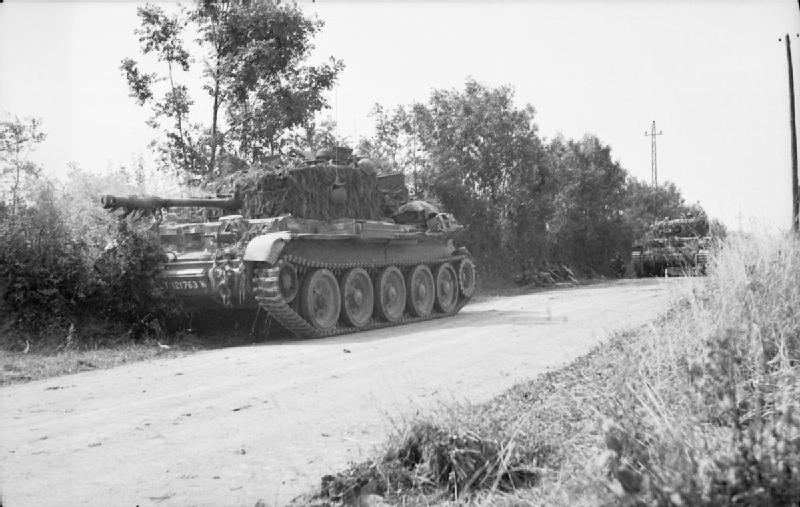 Cromwell tanks engage the enemy during the advance towards Aunay-sur-Odon, 31 July – 1 August 1944. 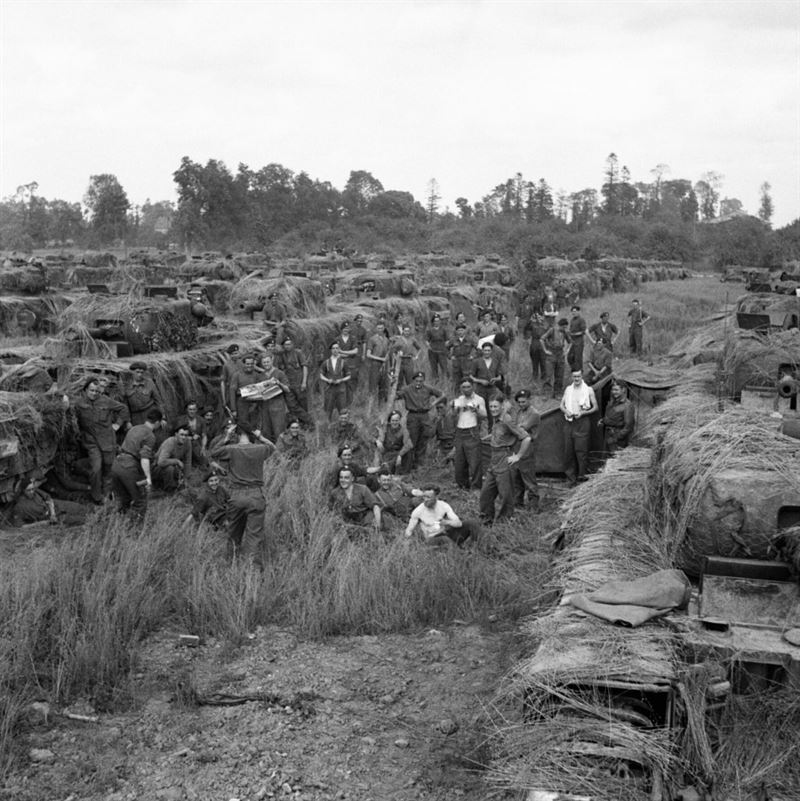 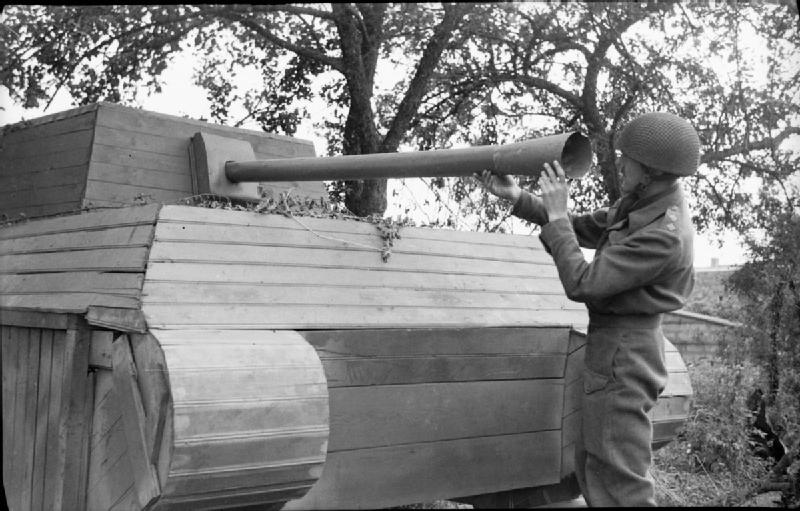 An officer inspects a German dummy tank made of wood, 31 July 1944. 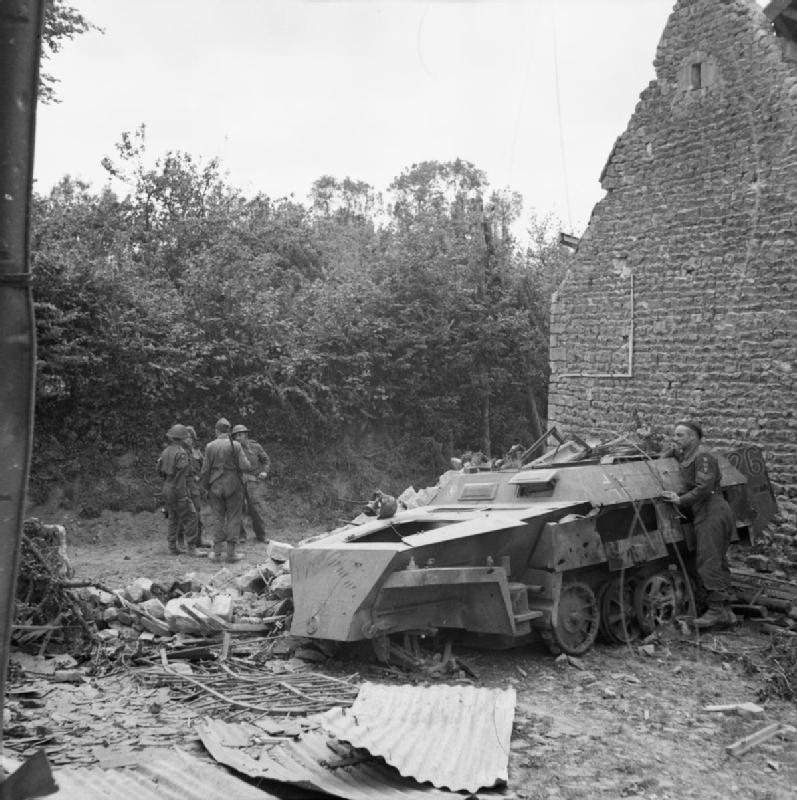 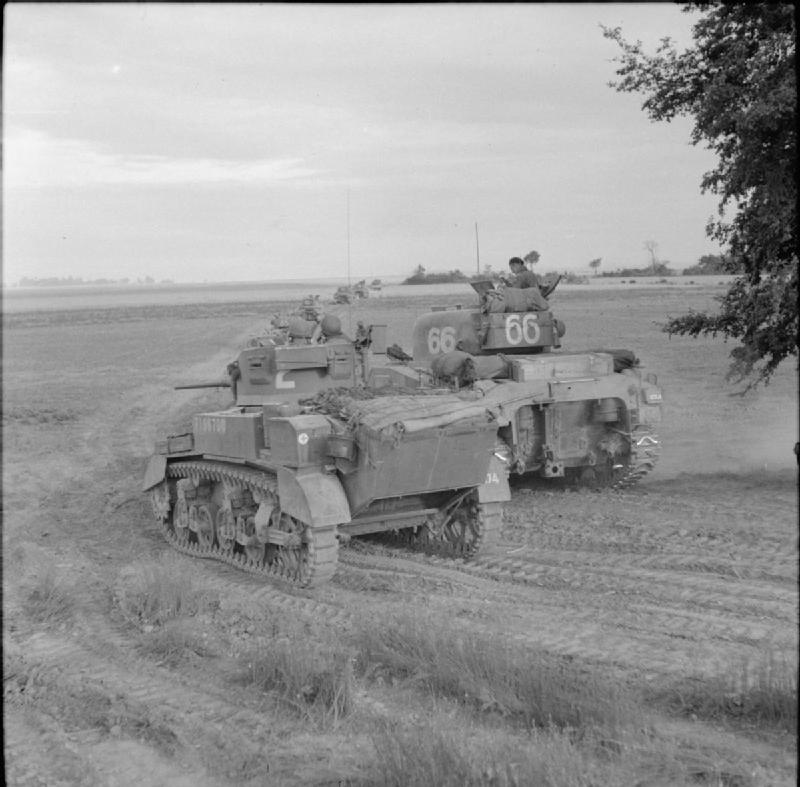 A Stuart and Sherman tanks of 33rd Armoured Brigade during Operation ‘Charnwood’, the attack on Caen, 8 July 1944. 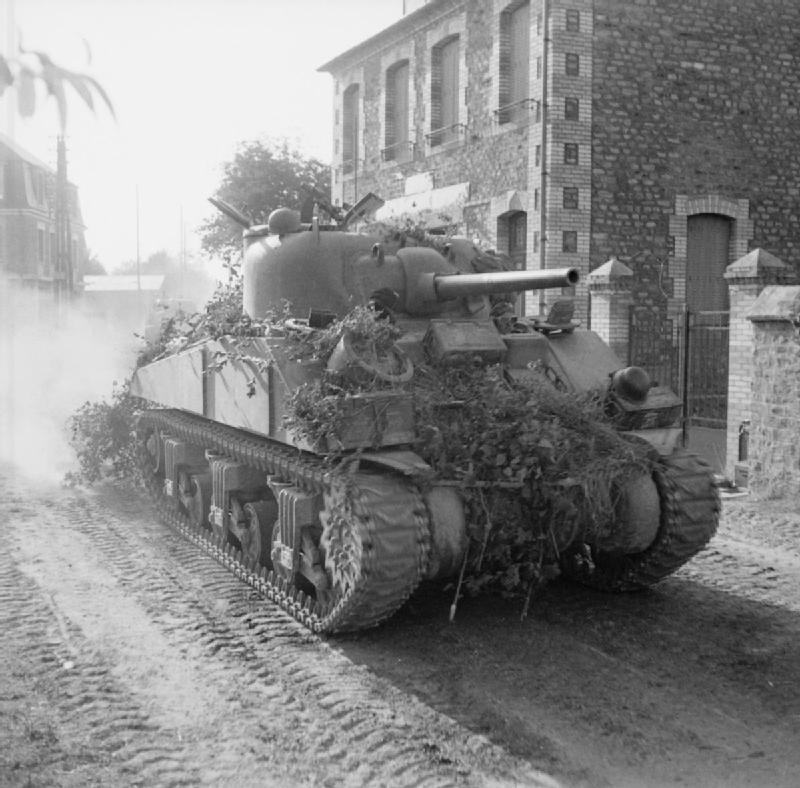 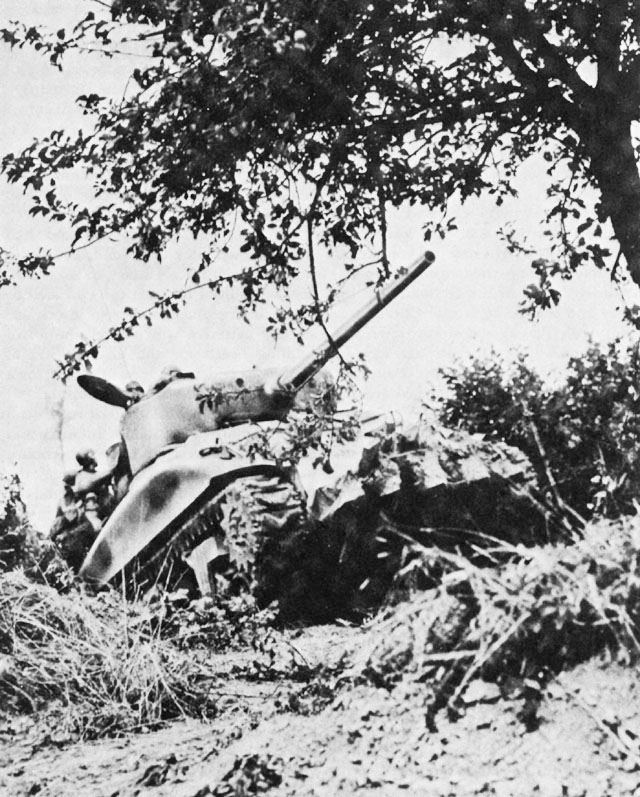 A Sherman ‘Rhino’ variant, modified to cut through the hedgerows of the bocage countryside, Normandy 1944. 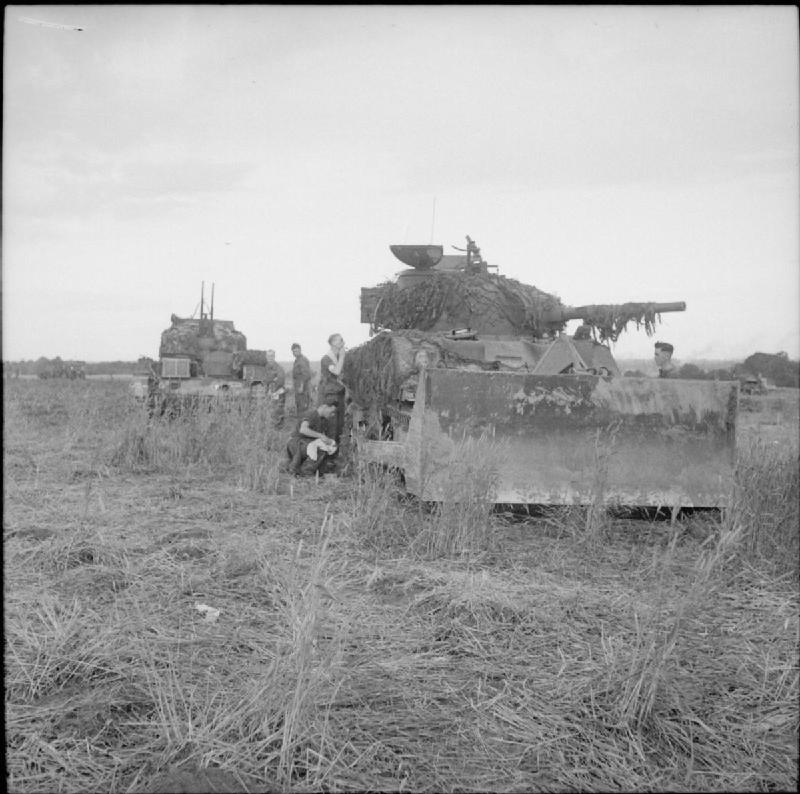 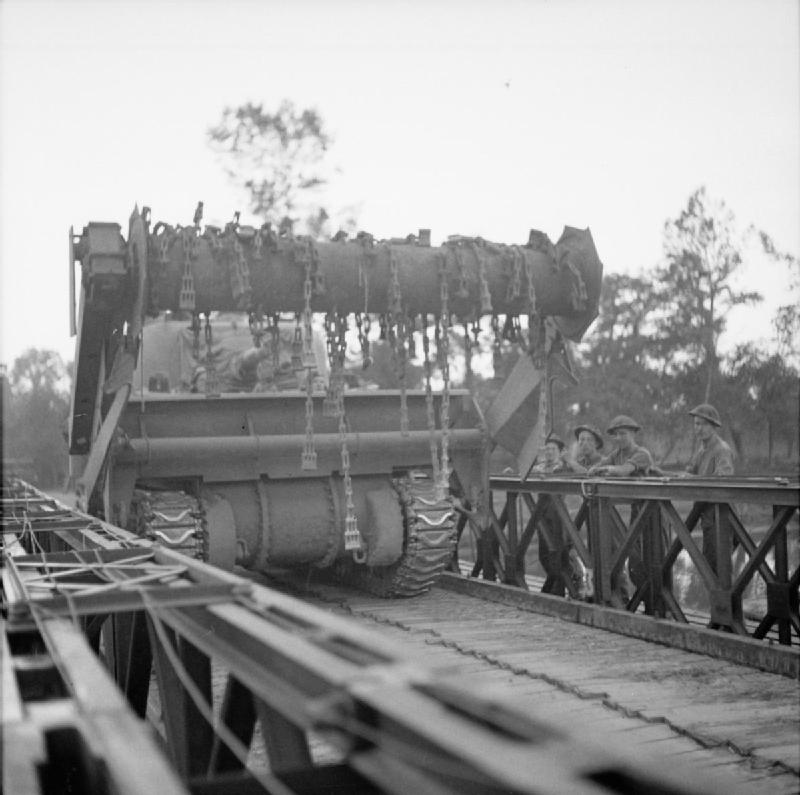 A Sherman Crab flail tank crosses a Bailey bridge over the Orne, as it moves up to the start line for Operation ‘Goodwood’, 18 July 1944. 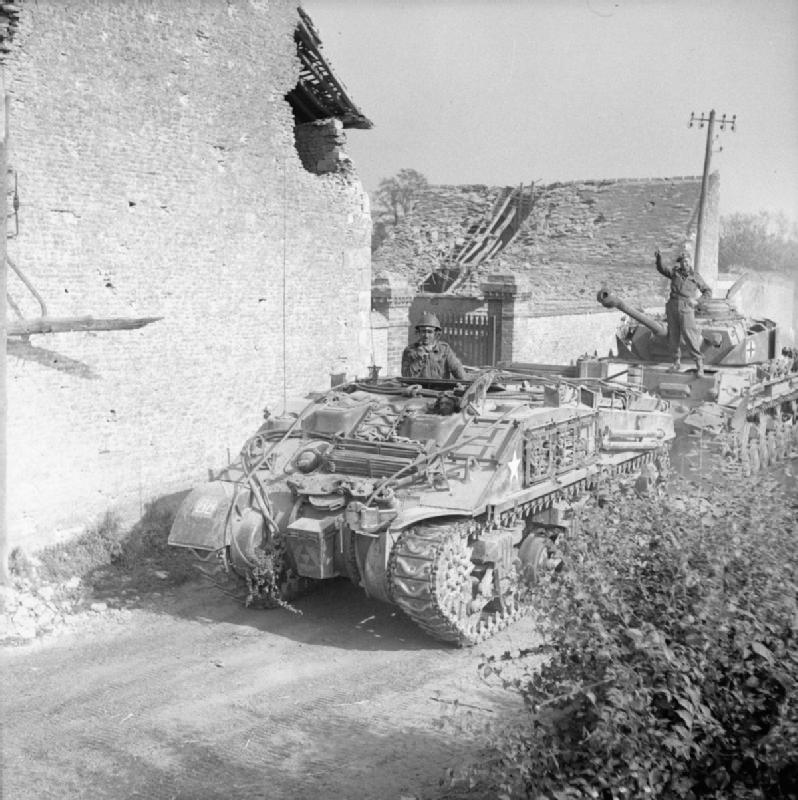 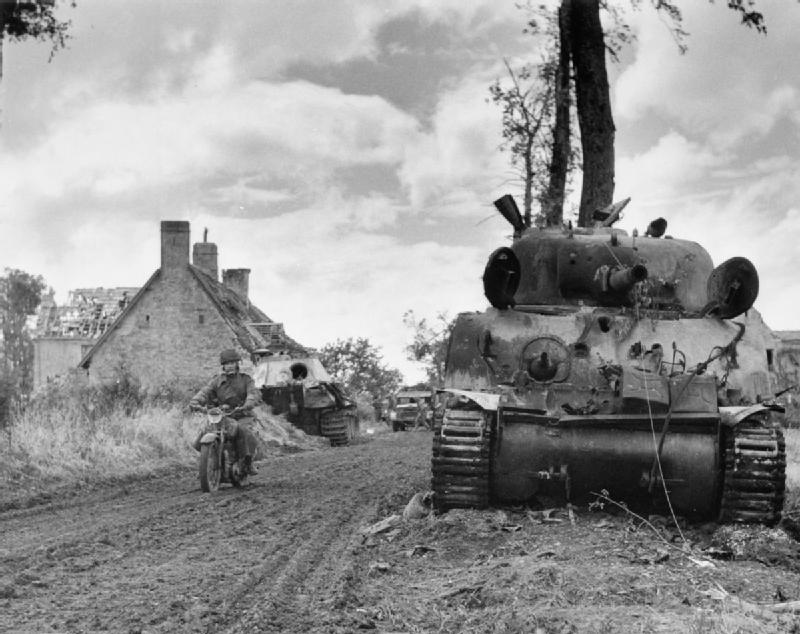 A motorcycle despatch rider passes a knocked-out Sherman tank and behind, a German Panther at Fontenay-le-Pesnel, 27 June 1944. 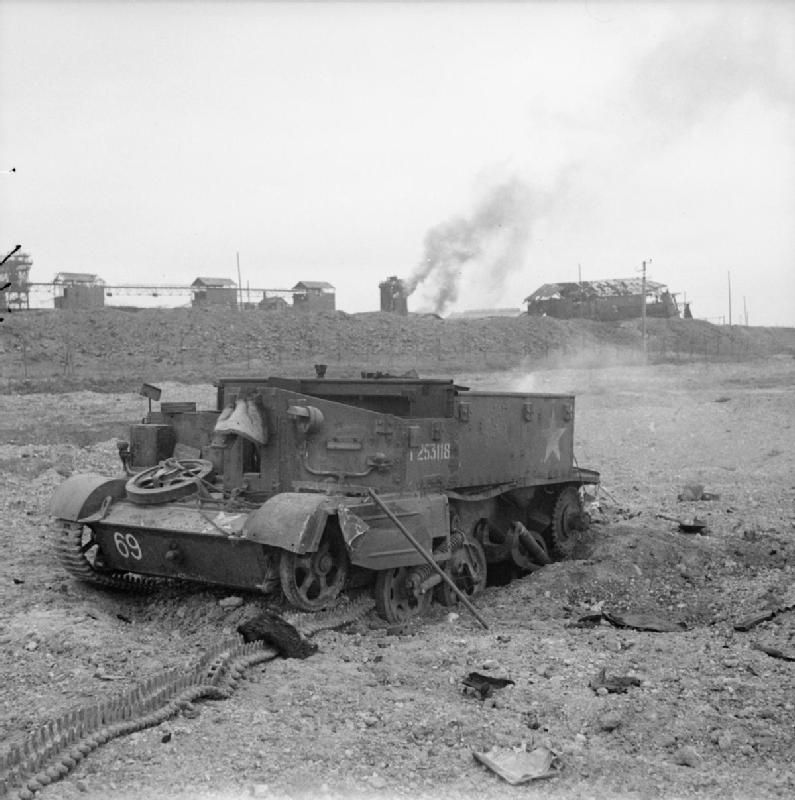 A knocked-out Universal carrier in the factory area of Caen, 19 July 1944.

A knocked-out Sherman tank in the centre of Lingèvres, 20 June 1944. 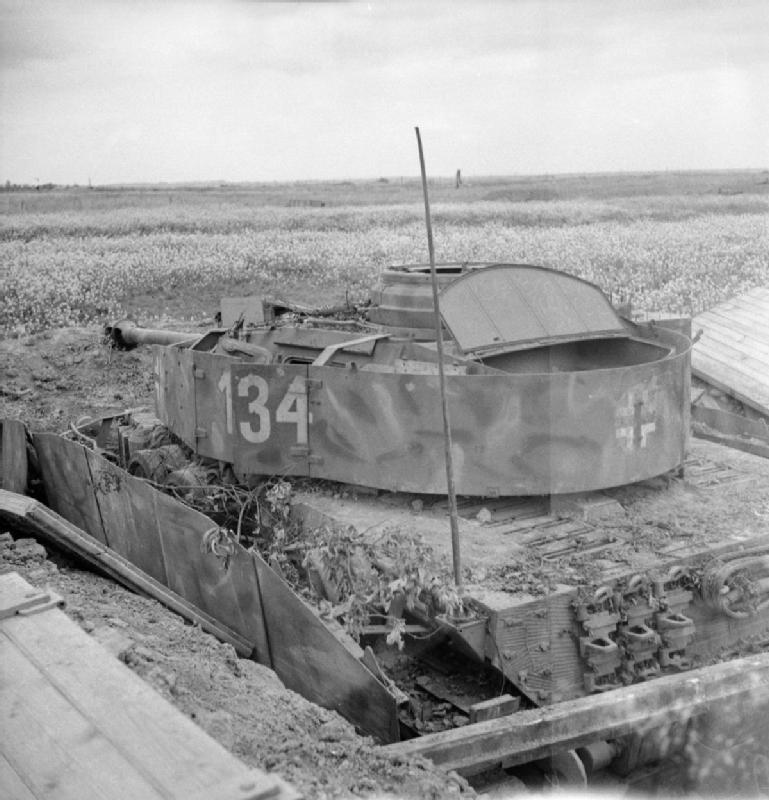 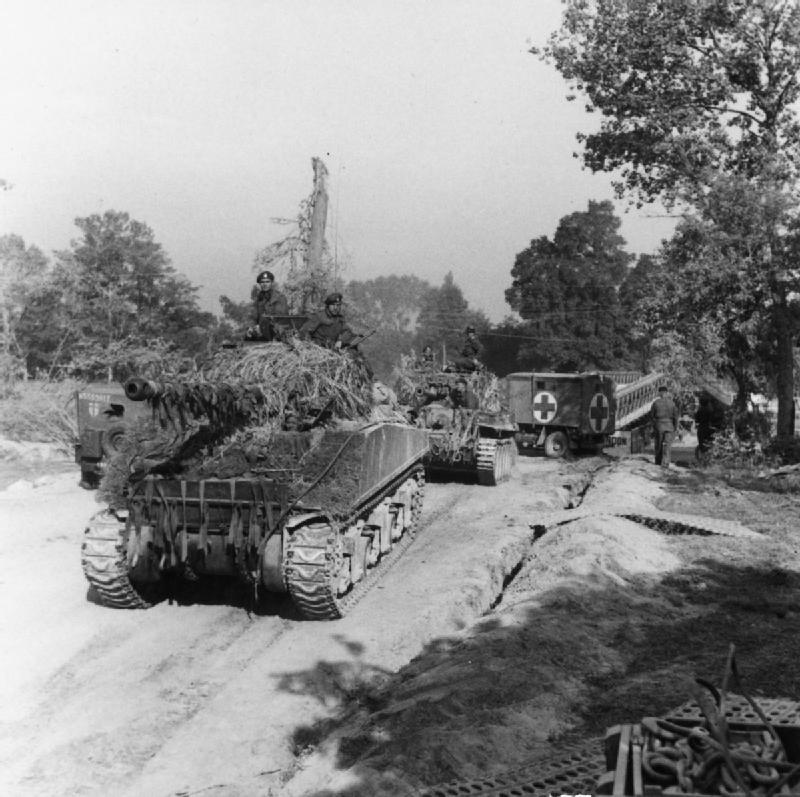 A heavily-camouflaged Sherman Firefly having just crossed a Bailey bridge over the Orne during Operation ‘Goodwood’, 18 July 1944. 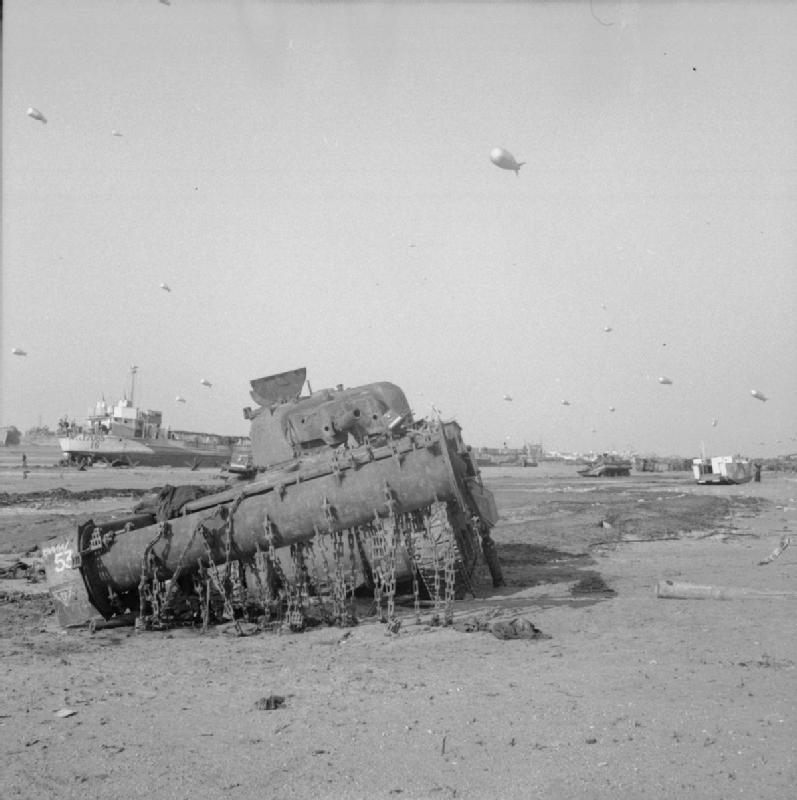 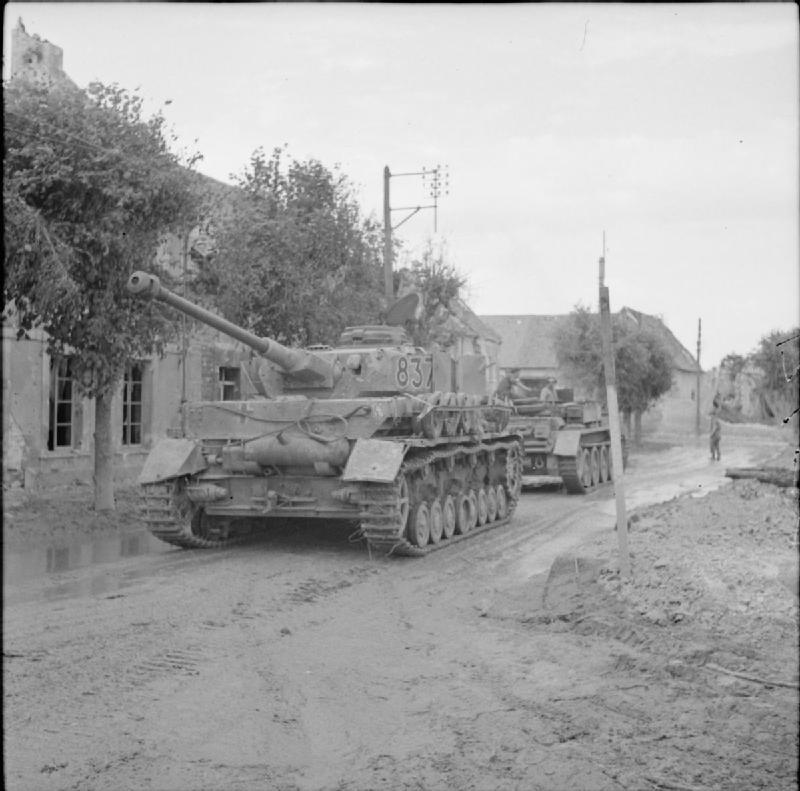 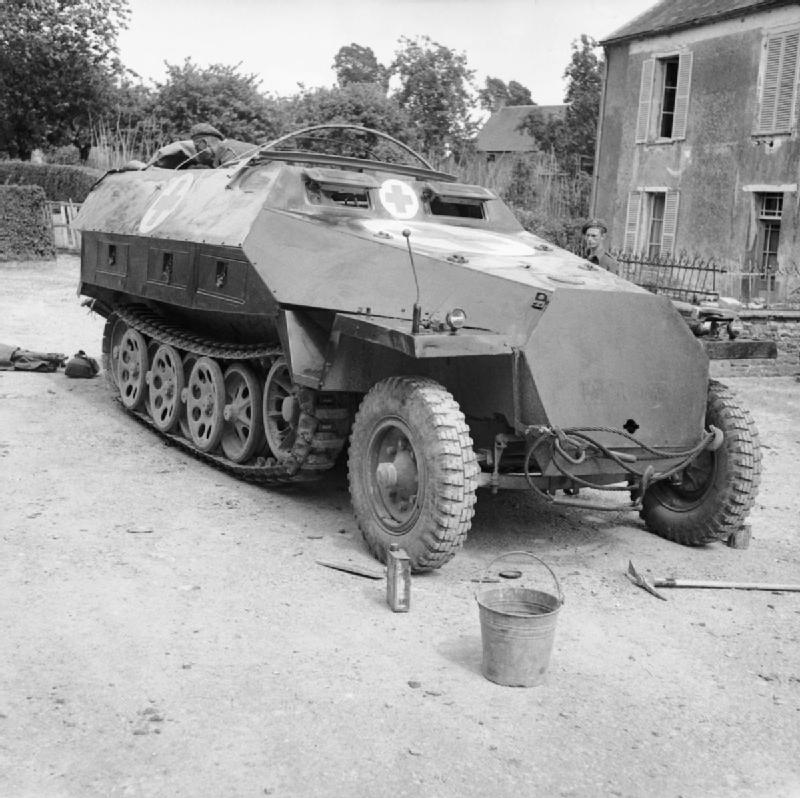