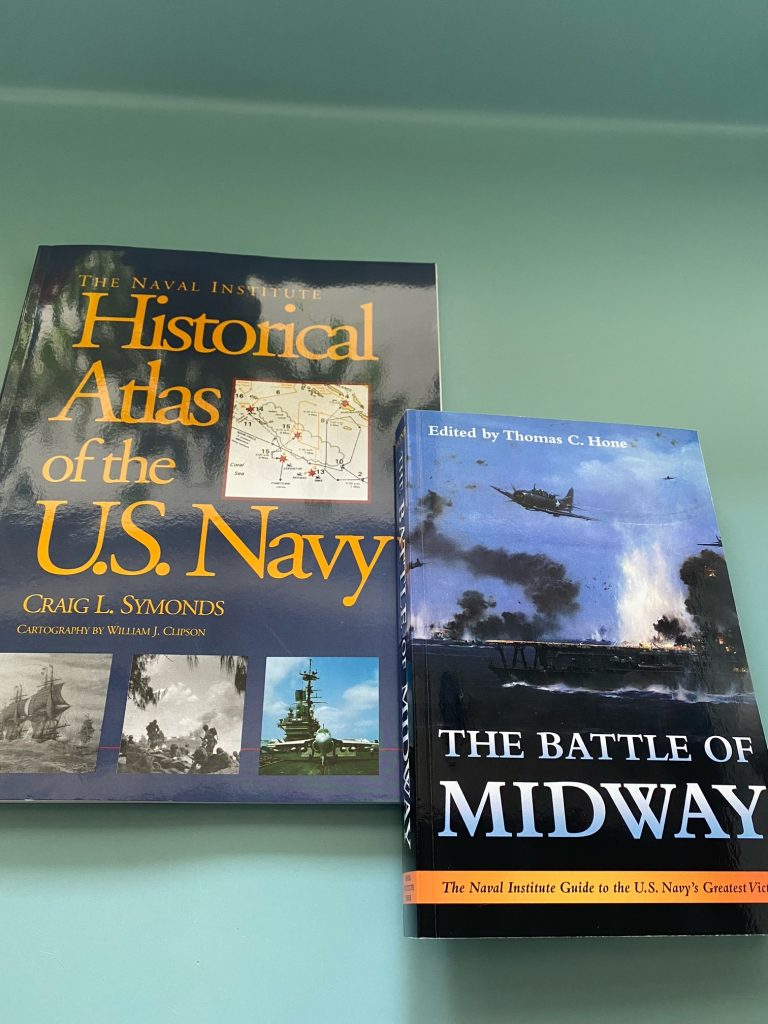 Being there . . . . as dawn was breaking on a partially cloudy 4 June 1942 morning in the mid-
Pacific when virtually all of Commander-in-Chief Isokoru Yamamoto’s Japanese Combined Fleet
carrier pilots were poising their bombers and fighters for a southwest launch to pounce and
pommel the American atoll of Midway. Well within the 700-mile attack range, more than 200
aircraft, their engines rebounding, recoiling, and reverberating, were in the final stages of
takeoff. Unbeknownst to the four admirals of this First of a three group Carrier Striking Force of
aircraft carriers, Akagi, Kaga, Hiryu, and Soryu, a lone omnipresent, clumsy, but reliable two-
motored PBY Catalina scout “flying boat” patrol bomber, was dogging them. Yamamoto had
ordered 160 warships, eight aircraft carriers, more than 400 carrier-based aircraft to his ill-
advised strategy. Subordinates felt the CinC’s choice of Midway was flawed, “an impossible and
pointless operation” they insisted.
Of course, debate ended abruptly when Yamamoto explained he was again planning the trap
that evaded him five months earlier: attack the Aleutians, draw the U.S. Fleet out from its safe
harbors, and, supported by the hoped-for newly captured American airfields on Midway, sink
the US Fleet hastening to help defend Midway. Thus, 5,000 elite Japanese infantry on 12 troop
transport vessels were to be escorted to invade Midway for the trap of luring to work. The main
Japanese battle fleet with seven battleships, led by Yamamoto’s giant new flagship, the 72, ton
Yamato would spearhead the action. America’s battleships, much slower, were ordered to stay
in port. What happened next, after the PBY radioman immediately dispatched the position of
the group-sailing carriers, is the stuff of legends. Hyperbole be darned! Can Pacific War buffs
ever tire of the climax that followed? Was it not the greatest sea battle in world history, it’s
denouement savoring, nay, relishing the outcome? The headline that follows was heard
wherever Allied sailors, especially American officers and their gobs gathered that afternoon,
“FOUR JAPANESE CARRIERS SUNK? ARE YOU KIDDING? IMPOSSIBLE! YOU MU 07:48  BE
JOKING! IF TRUE, HECK, WE JUST WON THE PACIFIC WAR!!!”
Reviewed and highly recommended by Don DeNevi

“THE BATTLE OF MIDWAY – The Naval Institute Guide to the U.S. Navy’s Greatest Victory”,
edited by Thomas C. Hone. Naval Institute Press, Annapolis, MD 21402: originally published in
2013, republished in 2022, sc. Visit, www.usni.org for price.
Of course, after Midway, the Japanese campaign of conquest, their freedom of movement by
sea, was restricted. It should be known at the outset that the only people surprised by the
Midway operation were the Japanese. Owing to our having cracked the Japanese naval code,
we knew they were coming, and approximately when and in what strength, which, of course,
our main force did not bite on the lure to the Aleutians. Here, at Midway, CinC Chester Nimitz
gambled logically and realistically, and won. 4 June showed the enemy in full flight in several
directions, leaving the sea behind strewn with wrecked and burning ships. Here, at Midway, the
tide of defeat had been halted. So gargantuan was our victory in those few minutes of attack
and sinking when three enemy carriers were sent to the bottom, and the fourth sunk later in

the day, that the Japanese Navy never once told the Japanese of its fleet until well after the
war!!!
This fabulous anthology guide includes some of the most vibrant and informed accounts yet
written or told via oral history by individuals who fought on one side or the other of the 4 June
1942 battle. It pulls together memoirs, articles, excerpts from other Naval Institute Press books,
Naval Institute oral histories, and relevant government documents to help readers understand
what happened and to explain why the battle proved significant to the Navy and the entire
Pacific campaign.
To assist in that insight and understanding, consider purchasing for your home Naval Library,
“THE NAVAL INSTITUTE HISTORICAL ATLAS of the U.S. NAVY”, by Craig L. Symonds, Cartography
by William J. Clipson. Naval Institute Press, Annapolis, MD 21402; originally published in
hardcover, texts and maps, in 1995, republished in 2001, sc. Visit, www.usni.org.
From the Battle of Flamborough Head during the American Revolution to the naval air wars
over Vietnam and Kuwait, this excellent NIP historical atlas charts the course of the U.S. Navy
across its entire history. Laid out are the frigate duels of the War of 1812, the confrontations of
ironclads during the Civil War, the World War carrier battles in the Pacific, and the amphibious
landings in Korea. Campaigns, operations, and interwar interventions – like the cruise of the
Susquehanna, Perry’s mission to Japan, the Cuban Missile Crisis, and Desert Storm are also
highlighted to make this cartographic portrait of U.S. naval actions understandable in a glance.
A total of 94 high quality, large-formal maps are presented in full color and show the
deployment of ships, their tracks, and even some shore activity. Facing each map is a narrative
description of the action and an explanation of its political, economic impact. Organized
chronologically into eras, each of the atlas’s ten sections is preceded by an intelligent, scholarly
essay about the period along with its relevant item. This is a major, valuable addition to one’s
favorite bookshelf.