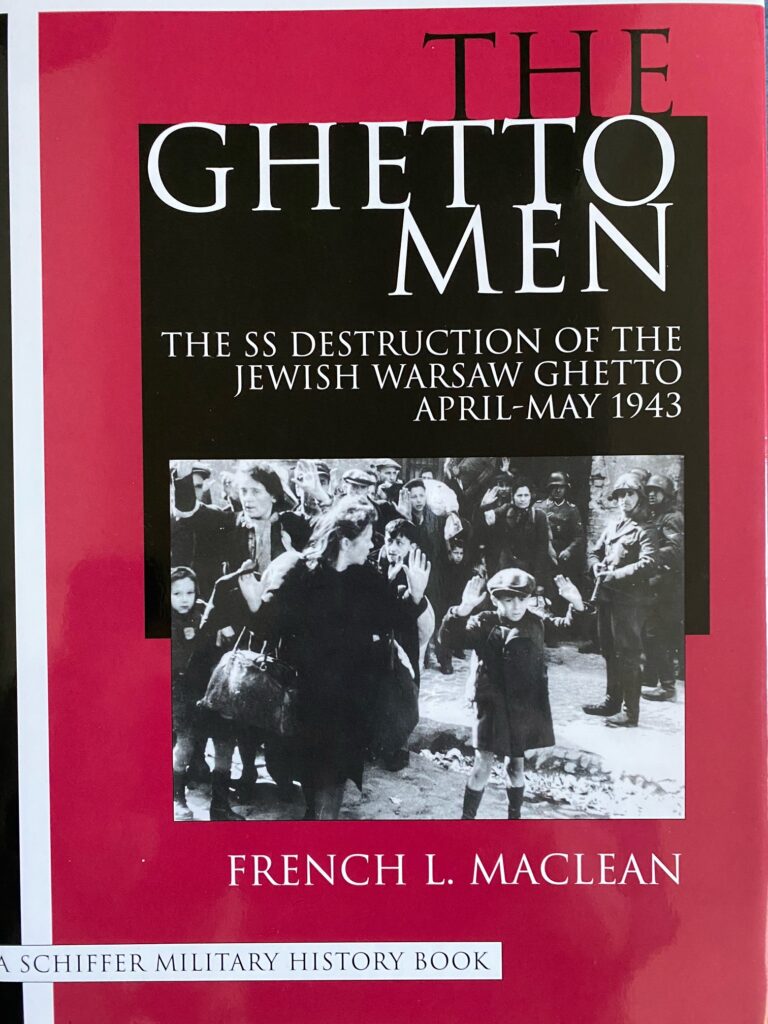 Being there . . . . with other good, sound readers made of inborn decency and kindness,
perfectly positive in their parenting, supremely confident and competent about most of life’s
decisions, while, more often than not, unafraid to reveal the personal strains and stresses when
struggling to determine whether a book about man’s wartime inhumanity to man, i.e., the
cruel, inhuman side of ordinary enemy soldiers, should be offered as a Christmas gift. Like the
most sensitive scholars who prefer World War II subjects other than outright murder to
disinter, analyze and write about as objectively, truthfully, and coherently as possible, so it is
with simple, amateur, but eager reviewers of other war book topics – no easy task when so
many threads and knots of death and destruction intertwine. Yet, it is critical, absolutely
demanded, that the inordinately serious military buff, enthusiast, amateur armchair historian-
strategist who knows so little about such subjects as the SS Schutzstaffel, the SS-
Sonderkommando Dirlewanger, the death camps’ Totenkopfs, the field Einsatzkommandos, and
other murdering death groups, be informed, regardless of how paralyzing and painful. To be
truly involved 80 years later insists upon a moral, nay, sacred, duty to educate the self, and,
when appropriate, others in the name of “. . . lest we forget”. Case in point is a revived Schiffer
Publishing Company book that, although more than 20 years old, belongs on every reader’s
library shelf, whether WWII minded or not. In the foreground, on the very book jacket cover, is
a photo of evil incarnation at its worst, unimaginable without words to envision what the raised
hands and faces imply. So, caring reader, be there in this moment of cold history when empty,
incomplete men, and a few women, plotted the most inconceivable killings the world has yet
known. A gift for Christmas? On the very day of the year we celebrate Christ’s birth? Don’t ask,
if there be need like this writer’s hard answer. For others, most, most certainly after the first
days or weeks of 2023.
WHEN HELL’S HORROR ROSE TO EARTH – – 1 AUGUST 1944, WARSAW’S UNDERGROUND FIGHTS
BACK, WHILE STALIN’S ARMIES, 8 MILES AWAY, WATCHED AND WAITED – – GHASTLY,
MERCILESSLY MASSACRED BY SS “GHETTO MEN” WERE THE SURVIVING TRAGIC JEWISH
PARTISANS AND INNOCENTS KILLED OR SENT TO THE DEATH CAMPS FOR EXTERMINATION .……
By the end of September 1939, Hitler, who had unleashed a new kind of war, Der Blitzkrieg,
the “Lightning War” only 27 days before, watched gleefully as his Nazi jackboots supported by
unstoppable panzer armies and seemingly unlimited Stukas swept across Poland. By 16
September, Warsaw was surrounded and 11 days later surrendered. Two million soldiers Polish
fighting men had been driven out of World War II. Poland’s air force, as large as France’s, had
been wiped out in only a few hours, her cities and communications paralyzed by continuous
day and night bombing. Polish troops, fighting on horseback with obsolete weapons and their
useless techniques, were overwhelmed by the speed and striking power of the new, modern,
mechanized German army trained and equipped for a war of movement.
Systematic murder of all the Jews of Hitler’s conquered countries had quietly been on the
minds of leading Nazis since Hitler assumed the Chancellorship of Germany on 30 January 1933.
Nine years later, almost to the day, 20 January 1942, the topic was openly broached as a topic
of discussion at a secret conference in a villa at Wannsee in northwest Berlin. The phraseology
of the speeches was delicate: “The final solution of the Jewish question”. Extermination, of

course, had already begun nearly two years before. But that Spring of 1943, progressive
incineration of the entire Jewish population of Europe was hoped for and eagerly ordered by
the Fuhrer himself. In the Warsaw ghetto, which had been appointed the chief clearinghouse
for the massacres, the victims quickly procured arms from unreliable elements in the satellite
armies and turned them in despair against their destroyers.
Reviewed and highly, highly recommended for the serious historian-researcher by Don DeNevi
“THE GHETTO MEN – – The SS Destruction of the Jewish Warsaw Ghetto APRIL – MAY 1943”,
by French L. MacLean. Schiffer MILITARY History: 2001, 260 pages, 500 b&w photos, 8 ½” x 11”,
hardcover; $59.95. Visit, www.schifferbooks.com.
On July 29, 1944, a sensational message in Polish was broadcast from Moscow beginning at
dawn: “People of Warsaw to arms! ATTACK THE GERMANS! Help the Red Army . . . show the
way, show the way! The hour of action has struck . . .By fighting in the streets of Warsaw we
shall bring nearer the moment of ultimate liberation . . .” Poland’s Home Army resistance was
formidable, 40,000 men armed with outdated or captured Wehrmacht weapons, in addition to
210,000 unarmed helpers. But in no way could they match the heavy tanks and assorted armor
of the Luftwaffe Hermann Goring Division supported by the 19 th Panzer Division.
Two days later, the uprising exploded, then expanded. German support poured in. “The
Ghetto Men” tells that sad story. After 28 days of burning hell, it was over. More than 200,000
Polish citizens lost their lives, in addition to the 15,000 AK (Armija Krajowa) Home Army dead.
There were 10,000 killed among the 26,000 German casualties. To everyone’s surprise, the SS
granted the Polish insurgents POW status, which didn’t include extermination of the true
fighters.
“Warsaw is a cesspool, nothing more, nothing less,” Reichsfuhrer-SS Heinrich Himmler, the
second only to the Fuhrer as the holder of Deutschland’s Third Reich. Despite the efforts of
euthanasia experts assigned to Operation Reinhard, Himmler’s personal project to slaughter
the Jews in the General Government of former Poland, tens of thousands of Jews remained in
the former Polish capital. Himmler promised he would fix the situation even if it meant a
personal visit into the “cesspool” during the depths of a wretched Polish winter. He would bring
in SS-Brigadefuhrer, Jurgen Stroop, to Warsaw as well. Stroop was one of the most murderous
of all Himmler’s murderers. Heads would roll in the street.
The 28-day siege of the Warsaw Ghetto was the most protracted largescale urban battle in
WWII. Only the fighting in Leningrad from 1941-1943; Stalingrad in 1942-1943; the Warsaw
Rebellion of 1944, and Budapest in 1944-1945 lasted longer. The Jews had resisted en masse
and created a legend that would transcend the war and continue even 80 years later, to this
day. Much has been written on this heroic struggle from the standpoint of the young men and
women of the Jewish War Organization. Nevertheless, a book from the German perspective has
yet to be written that captures all aspects of the fight from the standpoint of the attackers.
French MacLean, thus far, is the best researched and presented. Caution, it is difficult to read

and peruse, this 260-page text with 500+ photos, this “The Ghetto Men” testimony. Here, he
has given us the who, when, with, what, and how the SS troops razed the Warsaw Ghetto. The
men and officers of the dreaded Security Service and Gestapo are here as well as their units,
weapons, and tactics, as well as a day-by-day analysis of the fighting. When it was over. The
Nazis had killed or deported, to their likely deaths – – over 50,000 people. For the Germans, it
was a hunting exercise, for the Jewish defenders, it was an unimaginable 28 days of pure hell on
earth.