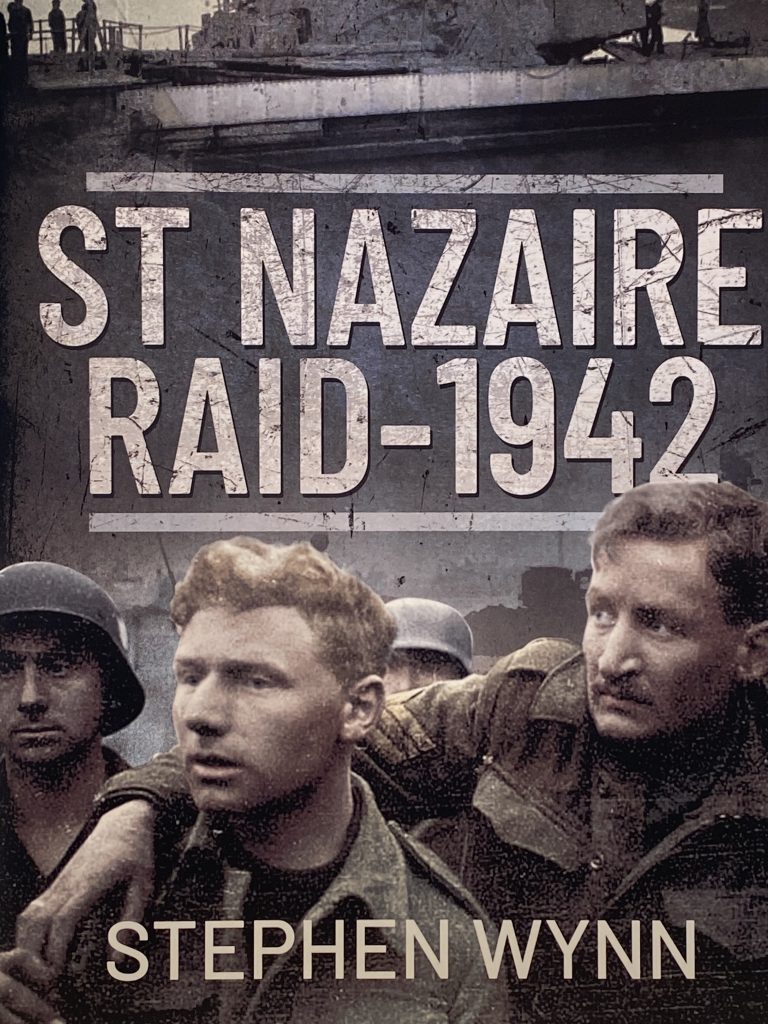 Being there . . . . when a German officer recommended a British soldier be awarded the Victoria
Cross posthumously; with a British officer captured at St Nazaire who promptly escaped from
Colditz and snuck his way back to the UK; the Frenchman who took part in the raid as a British
commando; and, six weeks after the fall of Singapore, gave Churchill, and the Allied Forces the
huge boost in morale everyone needed.

THE GREAT RAID ON ST NAZAIRE
The raid on St Nazaire has gone down in history as one of the most daring commando raids of
all time. Given the code name of Operation Chariot, it occurred in the early hours of Saturday
March 28, 1942, and was a joint undertaking of the Royal Navy and British commando units. By
all accounts, this small start in commando raids led the momentum that resulted in the historic
pinnacle and culmination of assaults on Hitler’s Europe – – June 6, 1944, D-Day.
Reviewed and Highly Recommended by Don DeNevi
“ST NAZAIRE RAID – 1942” by Stephen Wynn. Pen & Sword, Military: 193 pages, hc; 2022.
Distributed by Casemate Publishers, $34.95; E-mail: Uspen-and-
[email protected]
The brave, heroic attack on the German Occupied port of St Nazaire, which sits on the Loire
Estuary and the Atlantic Ocean, and its important drydock, may not have panicked the Fuhrer
and his coterie of field marshals and generals, but it sure as hell gave them a moment of
reflection that maybe, just maybe, their armies, navies, and air forces were not as supreme,
inviolable, and unconquerable as believed. After all Stalingrad was only five months away.
Author Stephen Wynn presents us with a rich factual contribution to the raid on St Nazaire. In
February of 1942, it was critical the dry dock be destroyed since it was the only one close to the
Atlantic large enough to take in the German battleship Tirpitz, then in Norway, but preparing to
“break out into the Atlantic” as the formidable new German battleship Bismarck had the year
earlier. If the dock somehow could be destroyed, the Tirpitz would be required to remain in
Norway, or return to Germany, rather than risk battle damage that could not be repaired.
Stephen has written a fascinating full reassessment, almost novelistic in reconstructing the
spectacular attack. It is penetrating, honest, satisfying, and, above all, beautifully narrated story
All in all, due to his incredible meticulous research, this is the best historical treatment of the St
Nazaire raid this reviewer has seen.