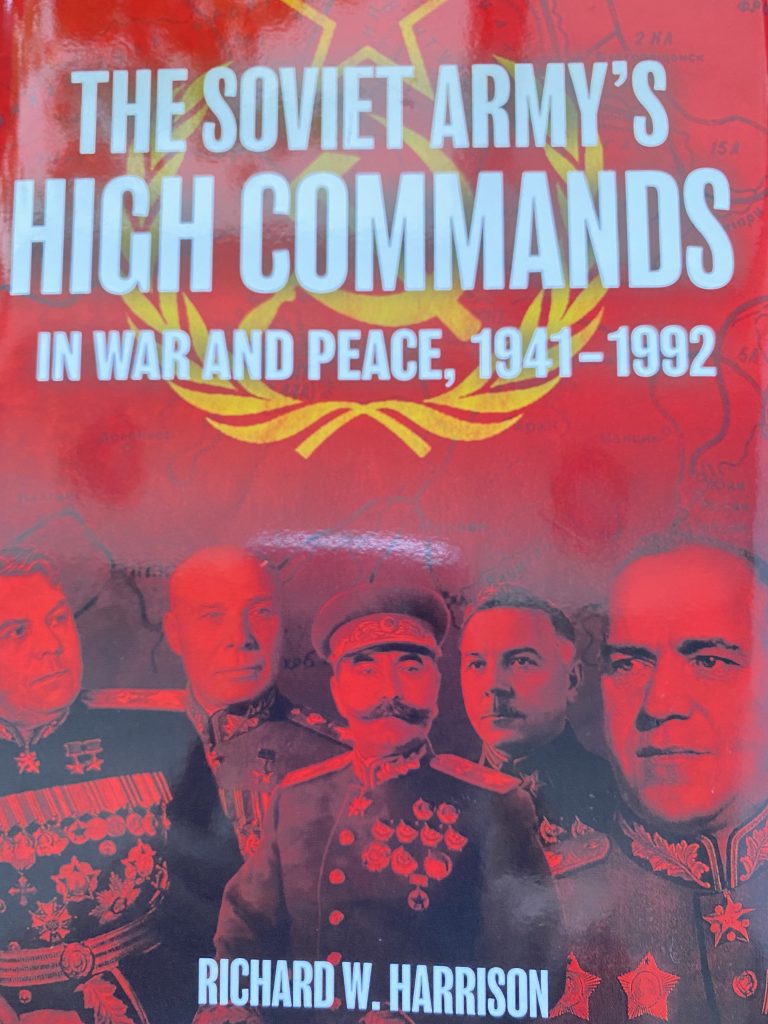 Being there . . . . on 2 December 1941, alongside heroic General Georgi Zhukov, Commander
in Chief of the Red Army’s West Front (Army Group) facing the inundation of Moscow by
German troops from the 62 nd Panzer Engineer Battalion a mere 23 km (15 miles) from the
Kremlin – – the closest any of Hitler’s invaders came to Stalin’s lair. . . . .

HOW STALIN’S ZHUK (‘the Beetle’) CREATED FIVE HIGH MILITARY COMMANDS TO SAVE
MOSCOW, RUSSIA, AND EUROPE FROM HITLER AND HIS ODIOUS NAZISM
“In war,” Napoleon said, “it is not men, but the man who counts.”

Should the reader entertain this hardcover in hand, the first Hero of the Soviet Union to step
from the pages to greet you will be Georgi Zhukov (1896 – 1974). Watch him carefully, for
there, three feet away, is one of the key generals of the Allied Victory in Europe, the key
general in saving Moscow, and the key general of all the Russian Chiefs of General Staff. After
six years of struggle when the most powerful armies on earth clashed face to face, a handful of
nonpareil strategists surfaced, Allied and German, General Zhukov standing shoulder to
shoulder with two others.
Simultaneously, ponder the portrait photographs on the handsome red book jacket, each
assigned the enormous responsibility of administering one of five High Commands, the
Northwestern, Western, Southwestern, North Caucasus, and Far Eastern. All the generals were
titled Commanders-In-Chief, Marshals of the Soviet Union, and, honored previously, as Heroes
of the Soviet Union.
Meet them: on the cover, back row, two, left to right, Western High Commander, Semyou
Konstantinovich Tymoshenko; Northwestern High Commander, Kliment Yefremovich
Voroshilov. Slightly ahead, in a larger portrait, on the right edge, Chief of Staff and co-Western
High Commander, G.K. Zhukov. Front row, two, left to right, Far Eastern Commander, Alexander
Mikhailovich Vasilevsky; and, front row, second from left, Southwestern- North Caucasus High
Commander, Semyon Mikhailov Budyonny. It was in January of 1941 that Stalin appointed
Zhukov Chief of the General Staff.

Sadly, the highly unfavorable strategic situations during the first year of the war, as well as the
interference by Stalin in day-to-day operations, never as annoying and ill-fated as Hitler’s,
severely limited the effectiveness of all the High Commands, individually and collectively.
Consequently, the High Commands were abolished in mid-1942, and replaced by the more
flexible system of supreme command representatives at the front.
The vast distances involved in fighting Nazi Germany forced Stalin and his political leadership to
resort to new organizational expedients to control operations along the extended front. The
solution was the High Commands, each responsible for two or more fronts, or army groups, and
along maritime axes, one or more fleets. These were short lived on the Eastern Front, but the
High Command established in the Far East in 1945 oversaw the Red Army’s highly effective
campaign against Japanese forces in Manchuria and would be resurrected to address rising
tensions in that part of Asia near the Soviet border. Later, in the 1980s, new High Commands
were created in Europe and South Asia.
With the invasion of Russia by Germany on the morning of 22 June 1941, one wondered how
the five Commanders-In-Chief, Marshals of the Soviet Union, and honored Heroes of the Soviet
Union, would compare with the Fuhrer’s High Commanders of the OKW (Oberkommando der
Wehrmacht) and OKH (Oberkommando des Heeres). Unequivocally, at least from this
reviewer’s research and reading, not one of the five, especially Zhukov, feared the N.K.V.D., or
any form of the “secret police”, as virtually all the German generals did of Himmler and
Heydrich. None was in terror of responsibility, or suppressed his instinct to think for himself, or
blindly display unquestioning obedience to Stalin and the Party line. Not one acceded to the
terribly thwarting atmosphere, gossip, and suspicion a hovering dictatorship perpetrated to
keep all, supporters and betrayers in line. These were “men” at war, as Napoleon put it, and
their beloved people and country hung in the balance by a mere thread – – at Stalingrad, three
and half city blocks to the sloping shore of the Volga River and defeat. Not a one, again,
especially Zhukov, was a fawning bootlicker.
Writes Dr. Harrison, “My intention was to examine the activities of the various High Commands
against the backdrop of those military operation in which they were involved. Rather than
concerning myself with the day-to-day operational details of fighting, although a certain degree
of this was inevitable, I studied and now present the interaction of the five High Commanders,
including that with Chief of the General Staff Zhukov. That interaction includes with
subordinate fronts, armies, even corps, while at the same time I’ve tracked the flow of
directives and orders from Zhukov and the Stavka of the Supreme High Command to the five
High Commanders. I’ve also examined how the High Commanders communicated with their
armies while bypassing the front instance of command, while at the same time tracking how
the central command organs would also issue instructions to the fronts and armies over the
head of all the High Commands.”
Thus, Harrison’s import in writing the text was to use the accumulated documentary evidence,
supplemented by relevant memoir references, to arrive at certain conclusions regarding the
utility of the High Command concept in WWII by highlighting its weaknesses and strengths.

These conclusions would then serve as a point of departure for an examination of the postwar
High Commands under entirely new conditions.
Author Richard Harrison specialized in Russian Area Studies at Georgetown University, then
obtained his doctorate in War Studies at King’s College in London, was an exchange student in
the Soviet Union, and later spent years working in post-Communist Russia. Earning his way into
the faculty at West Point, he not only taught Russian history to the often-clueless cadets, but
also offered advanced courses to the knowledgeable on the Soviet Army Commands during
WWII and the Cold War. Who better to put to pen such hitherto unrealized concepts for this
profound treatise?
As for the fate of Chief of General Staff General Zhukov, the lesser officers, envious, gossipy,
and waiting for his fall from Stalin’s grace, or his assassination by the wary dictator, referred to
him as a “coarse, clumsy peasant, an insect, an ordinary foot soldier at best.” Stalin knew
better, that “Georgi” was fair, honest, unusually kind, and 100% loyal”, a man when off duty
studied military history and strategy. From serving as a cavalry Non-Commissioned Officer in
the tsar’s forces who after WWI joined the Red Army and organized the defeat of the Japanese
troops in Mongolia, rallied the Russian forces in besieged Leningrad, saved Moscow, relieved
Stalingrad, and ultimately captured, with other superb leaders from his High Command, Berlin
in May of 1945. He may have been born in a peasant’s hut, but he rose to serve as Russia’s
Minister of Defense from 1955 to 1957.
One can’t help but wonder what General Zhukov’s thoughts and feelings would be today had he
lived to observe the incessant Soviet missile attacks upon the innocent and defenseless
Ukrainian elderly, women and children, hospitalized, infirmed, asking, “Why, cousins? What
have we done to you for such death and destruction?”