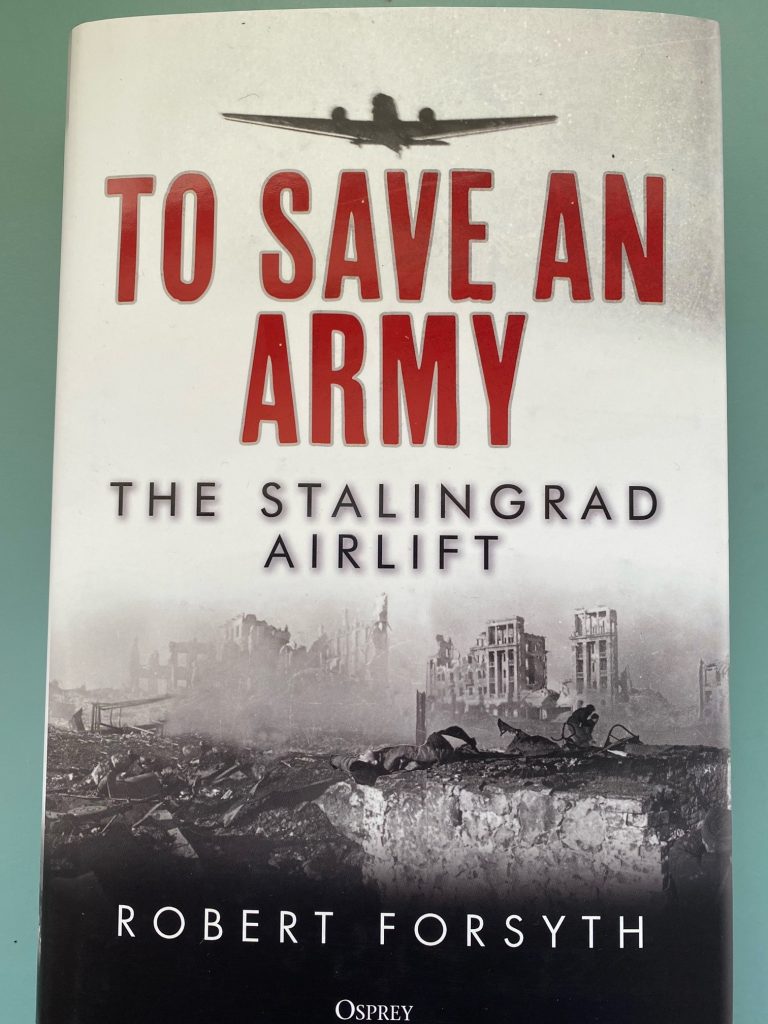 Being there . . . . between June and late-August 1942, to not only observe Herr Hitler’s massive,
inexorable combined tank and Luftwaffe force smash and crush their way a thousand miles
across southern Russia to reach the banks of the Volga River, then, until January of the
following year, watch the close-combat during a ferocious four and half month stalemate over a
Russian city. Sadly, well over a million men and women, children, and elderly, civilian and
military, died in that elongated pit of hell known as STALINGRAD. It is said that 18 months after
the fighting ended, the stench of thousands upon thousands of unburied corpses, Soviet and
Nazi, were still lying in the rubble, forcing anyone nearby to vomit. As late as half a century
later, the bone-fragments of the German dead were still visible on the topsoil in the outskirts of
the sad city . . . .
S T A L I N G R A D – – THE GREATEST MILITARY BLOODBATH IN RECORDED HISTORY COMES TO
LIFE IN OSPREY PUBLISHING’S MOST DETAILED, DAY-by-DAY ACCOUNT YET WRITTEN
It was an airlift to disaster, as author Robert Forczyk, author of “Where the Iron Crosses
Grow: The Crimea 1941 – 1944”, points out. Stalingrad was Stalin’s favorite Russian city. He had
been in command of it, then named Tsaritsyn, for months during the Russian Civil War of 1919-
21, following the Revolution. In 1928, as Supreme Commander of the Soviet Union, he renamed
the city in his own honor. Then, in the summer of 1942, when the German juggernaut was
rolling over the USSR, he ordered it as the final fortress from which there would be no retreat.
Thus, Hitler wanted the long, shore-stretching metropolis on the western bank of the Volga at
all costs. When his tanks of the 16 th Panzer Division reached within half a dozen blocks of the
city shore, he announced to his generals assembled in the Reichstag that Stalingrad was his. The
Fuhrer paid dearly for that overconfidence. In addition to it being the first of his great disasters,
the devastating defeat meant the beginning of the end of the Third Reich.
Reviewed and high recommended as a special Christmas gift by Don DeNevi
“TO SAVE AN ARMY – – The Stalingrad Airlift”, by Robert Forsyth. Osprey Publishing, Bloomsbury
Publishing Plc: 2022, 352 pages, hc; $35, CAN $47. Visit, www.ospreypublishing.com.
“Airlift” is defined by The Oxford Dictionary of English as a noun, “The act of transporting
supplies by aircraft, typically in a blockade or other emergency”. Author Robert Forsyth
understands the definition, perhaps, better than anyone. He writes in his “Acknowledgements”,
“My interest in the Stalingrad airlift started many years ago. The principal cornerstones of my
research then were provided by the diaries of the Luftwaffe commanders who organized and
oversaw the operation, as well as key reports and papers issued at the time and in the early
post-war years by those who were there. These, and many other sources, did not just magically
appear on my desk, but came to my attention through friends, fellow researchers and
correspondents, some of whom have probably long forgotten their kindness.”
Thus, WWII book-devourers are privy to the same rare primary material as Robert when he
wrote his truly remarkable and revelatory narrative. Hitler’s Sixth Army was encircled and
trapped in history’s deadliest battle, and it was impossible to save the three hundred thousand plus German troops still alive and carrying on in January of 1943. But, brilliantly, and rivetingly,
Robert tells the story of the operation mounted by the German Luftwaffe to supply by airlift the
what the desperately exhausted, suffering, and hungry Sixth Army of General von Paulus
needed. The weather conditions were well below zero temperatures weeks at a time. Yet,
aircrews, mechanics, and ordinary soldiers had to endure to receive the supplies. Air marshal
Hermann Goring promised Hitler he would have no problem delivering 300 tons of supplies, i.e.,
food, munitions, medicines, extreme winter clothing, on a daily basis. What a joke! The
recipient generals knew better. Worsening serviceability and increasing losses in badly
damaged aircraft saw to it that it was a ridiculously impossible promise to keep. To make
matters even worse, the last airfields on the outskirts of the city were overrun by well-fed, well-
clothed, fresh Siberian troops, sealing the doom of the Germans still fighting in the core of the
city. General von Paulus pleaded with the Fuhrer to be allowed his 6th Army to break out, but
Hitler made him a Field Marshal instead.
Using the diaries of Luftwaffe commanders, and other previously unpublished sources, as
well as a selection of rare contemporary photographs, author Robert Forsyth analyses the
human, strategic, tactical, and technical elements of one of the most dramatic operations
undertaken by the Luftwaffe. To this day, many of us buffs wonder why it was that the
“Greatest Battle Strategist Who Ever Lived” didn’t blow Hermann Goring’s head off.