Trailer for a new Danish World War 2 Movie called “9. April” (April 9th). In the early morning of April 9th 1940 the Danish army is alerted. The Germans have crossed the border; Denmark is at war against Europe’s strongest army.

In Southern Jutland Danish bicycle- and motorcycle companies are ordered out, to against all odds, hold back the forces until the Danish reinforcements can be mobilized. In the fatal hours, we follow second lieutenant Sand (Pilou Asbæk) and his bicycle company – they will as the first Danish soldiers meet the enemy in combat on April 9th 1940.

9. April was directed by Roni Ezra and the screenplay was by Tobias Lindholm. The outline story of the movie was based on eyewitness accounts, conversations and interviews with the few surviving veterans, who fought the invading German Army on this faithful day April 9, 1940. 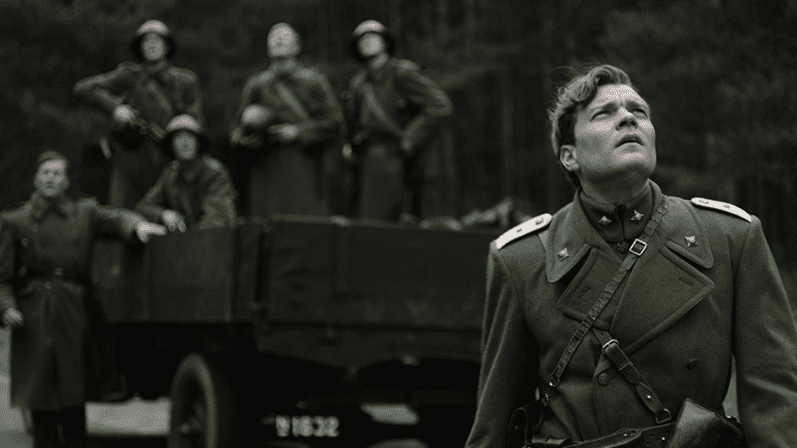 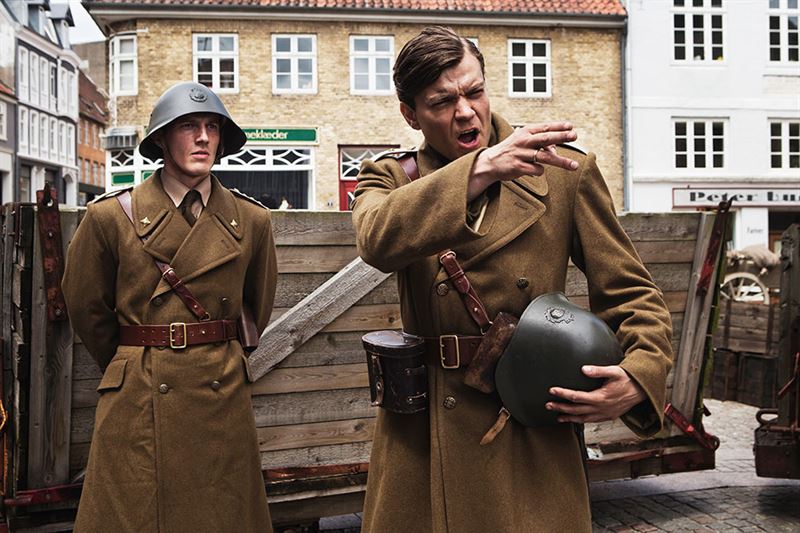 The “Between Schleswig Limits” museum in Bylderup-Bov was approached by Nordisk Film in the autumn of 2013 with regards to assisting with uniforms and weapons. In March 2014 the film company collected 120 Danish steel helmets, 100 gas-mask canisters, 50 pairs of wool pants, 24 dummy-rifles, 32 cartridge belts, and a khaki officer coat. Moreover the museum loaned two old Nimbus motorcycles with side-cars. All equipment was initially transported to Budapest in Hungary, where part of the movie was shot.

You can buy this movie on Amazon (U.K.), the ones on Amazon (U.S.) are imports since it wasn’t released in the United States.