Der Hauptmann (2018) also known internationally as The Captain tells the story of a young German soldier, Willi Herold, fighting for survival, in the last moments of World War II, when he finds a Luftwaffe captain’s uniform. Whilst impersonating a Luftwaffe officer, Willi Herold quickly takes on the monstrous identity of the perpetrators he is trying to escape from.

Der Hauptmann (“The Captain”) is based on the true story of Fallschirmjäger Willi Herold (born September 11, 1925) and who fought in Nettuno and Monte Cassino, Italy. In April 1945, he got torn from his unit near Gronau – Bad Bentheim, Germany. Willi Herold later “visits” the Strafgefangenenlager Aschendorfermoor and would become known as “The Executioner of Emsland”. 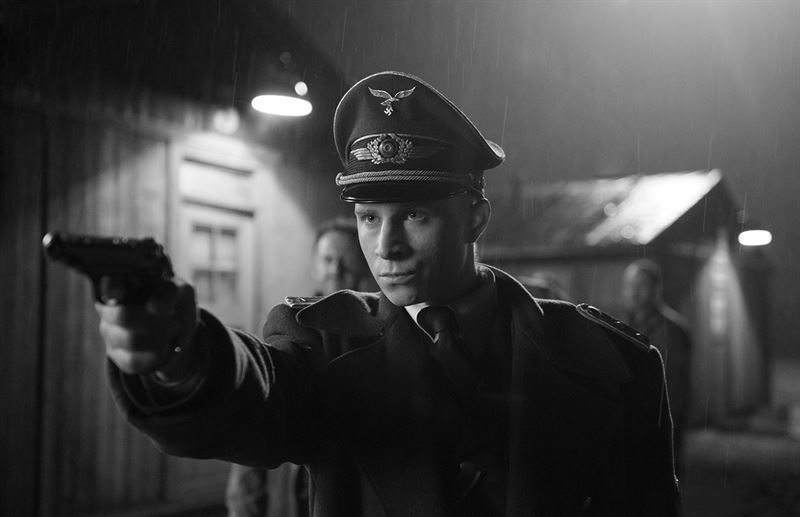 Max Hubacher as Willi Herold in THE CAPTAIN. Courtesy of Music Box Films.

Der Hauptmann will be available on DVD on September 7, 2018 in Germany. You can pre-order the DVD / Blu-Ray on Amazon (DE). This movie is currently in various theaters in Europe and US. US Citizens can look up here when and where The Captain is / will be released in USA (when on the website under The Captain banner, find in the menu “Theaters”).