Der Hauptmann (2018) tells the story of a young German soldier, Willi Herold, fighting for survival, in the last moments of World War II, when he finds a Luftwaffe captain’s (Hauptmann) uniform. Impersonating an officer, the man quickly takes on the monstrous identity of the perpetrators he is trying to escape from.

This is based on the true story of Fallschirmjäger Willi Herold, who fought in Nettuno and Monte Cassino. He was awarded the Iron Cross 1st Class in Salerno for destroying two British tanks. In April 1945, he got torn from his unit near Gronau – Bad Bentheim and stumbled upon an abandoned car of the Luftwaffe, in which he found a uniform that once belonged to a Hauptmann (Captain).

He dressed himself with the uniform and started impersonating an officer. Without telling too much, he later “visits” the Strafgefangenenlager Aschendorfermoor. 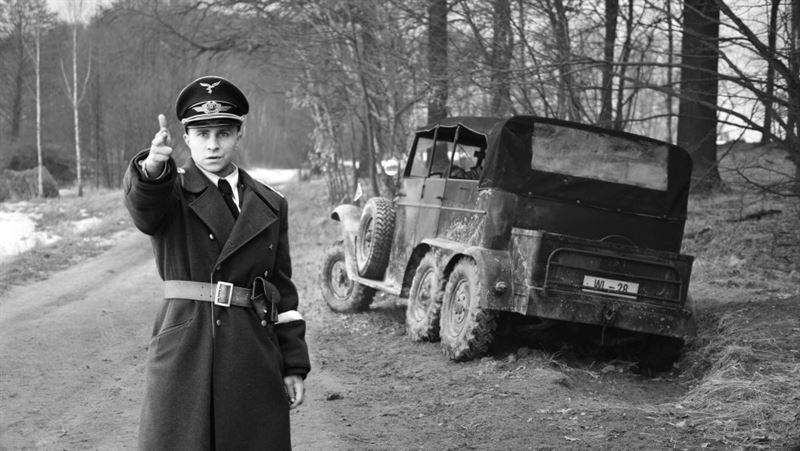 The movie will be available on DVD on October 5, 2018 in Germany. You can pre-order a copy on Amazon (DE). This movie is currently in various theaters in Europe.

I’ve contacted the producers and the DVD (see pre-order link above) will most likely contain English subtitles!