During World War II, German forces crush the Americans at the ‘Battle of Kasserine Pass’. A lone Sergeant, Roland Rothach, is separated from his platoon in the North Africa deserts. Captured by German soldiers, he’s forced to face his worst fears. Fears that haunt him long after the war ends. Back home he struggles with flashbacks of the horrors and trauma he experienced, a failing marriage, and the emptiness of isolation.

What should have been a low budget action movie that was supposed to be a quick and easy project, eventually turned into something much larger, better said, a four-year-long work and labor of love for everyone involved, according to Aaron Kurmey, the director of Thousand Yard Stare. 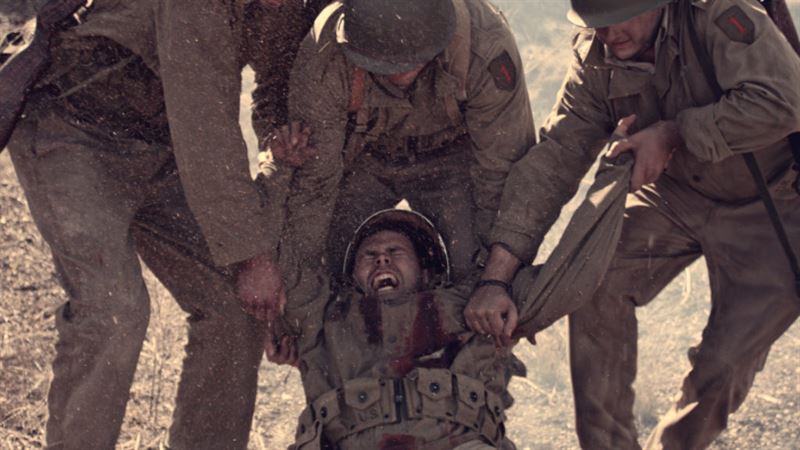 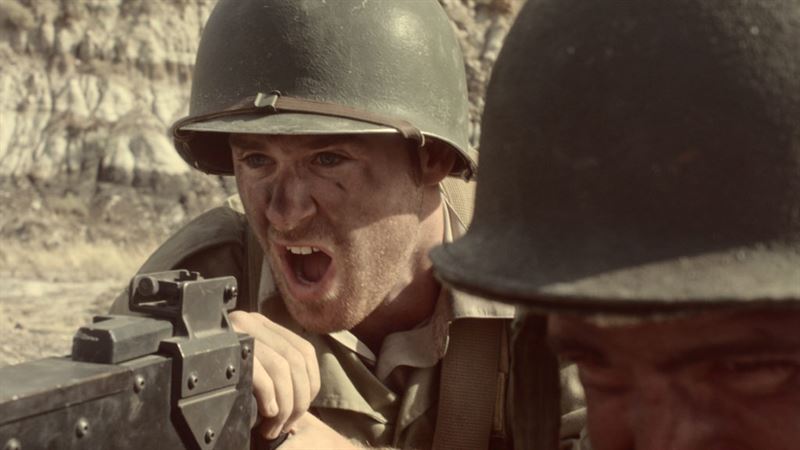 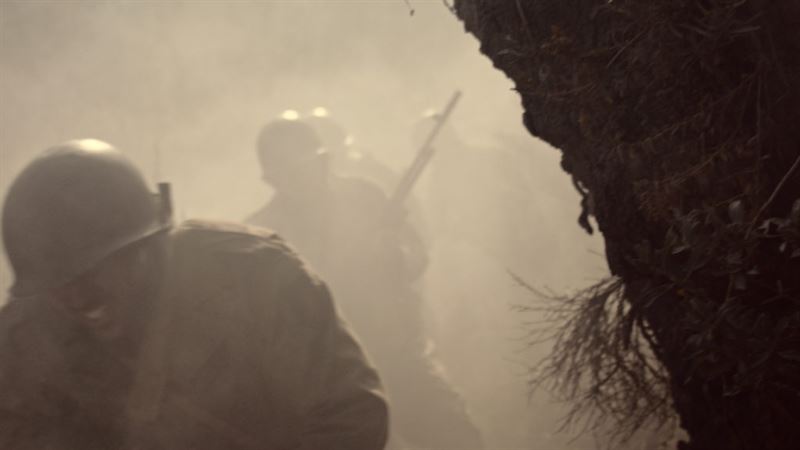 When researching the script for this movie, a couple of things happened along the way, Kurmey admits. First of, after seeing a statistic that more veterans died from suicide every year than had lost their lives during the entirety of Iraq and Afghanistan wars combined and secondly after the writers spoke with an Afghanistan war veteran himself, who was openly sharing his experiences suffering from PTSD (Post Traumatic Stress Disorder).

It was then, that they decided they had so much more to tell than just an action-filled movie. It’s a sad fact that many of the soldiers that saw combat in no matter what war throughout history came back with psychological problems, a phenomenon now officially diagnosed as “PTSD”. A handful of these symptoms are difficulty sleeping, sensitive for particular sounds, strange behavior, drinking problems, turning more aggressive and so many more… from which these veterans suffer and many of the people around them, who never served, do not or cannot understand what these veterans go through. Even in these modern times, the majority of these soldiers still do not receive the care they should.

And it is this, what the writers wanted to show. It isn’t because a soldier comes home that their war is over. Aaron Kurmey added: “It was also crucial that we not only show the toll post-traumatic stress disorder takes on the survivors, but their friends, families, and loved ones, as well. After watching the movie you may not agree with, or even understand why everyone did what they did, but we hope that you can empathize with the decisions they made. Even today we still only understand the faintest edges of the effects of post-traumatic stress disorder, but maybe, even if only in a very small way, this movie will help change that.”

The main characters in Thousand Yard Stare include Adam Munro as Sergeant Roland Rothach, his wife, Barbara Rothach is played by Kirsten Wendlandt and the German Luftwaffe Oberleutnant Krause is played by Gin Fedotov. Locations used for this film are Drumheller and Edmonton, Alberta.

Ryan Hatt, one of the writers, added on the producing on this movie “A brand new challenge for Rambunxious was filming with miniatures, a combination of camera tricks and math. The decision to go with miniatures for the tanks was born out of a desire to not use computer effects to generate them.”

You can follow the team on the Facebook page “Thousand Yard Stare“. The movie’s run time is 91 minutes. Currently, the team is negotiating a release in North America, it’s already available in South Korea with Japan and the United Kingdom to follow. On Amazon.co.uk a copy can already be pre-ordered (Release date May 7, 2018).

1 thought on “Trailer and Story behind Thousand Yard Stare (2018)”