Torpedo also known as U-235 (2019) is a Belgian upcoming World War II action movie, which tells the story of a Belgian resistance fighters group who receive a dangerous, secret mission: Travel to Belgian Congo, hijack a German submarine and bring Uranium, needed for the Manhattan Project, from Belgian Congo to New York.

The title U-235 (internationally, in Belgium it will be released as Torpedo) is not intented to depict the original German U-235 submarine, which was sunk during World War II, but for the chemical abbreviation of Uranium-235. It’s loosely based on real events, as 80% of the uranium that was used in “Little Boy” (atomic bomb which was dropped in Hiroshima, Japan on August 6, 1945) came from the Shinkolobwe mine in Katanga, Congo and was secretely traded by the Belgian Government to Roosevelt.

The U-boat used in the series is a 1:1 scale replica, weighting 240-ton. It’s 67-meter-long, six and a half-meter-wide. Although the replica can glide through the water, despite missing a keel, up to nine knots, it can’t submerge. This replica was priorly made for the movie U-571 and was later used in Caught in icy depths and Das Boot (mini-series). 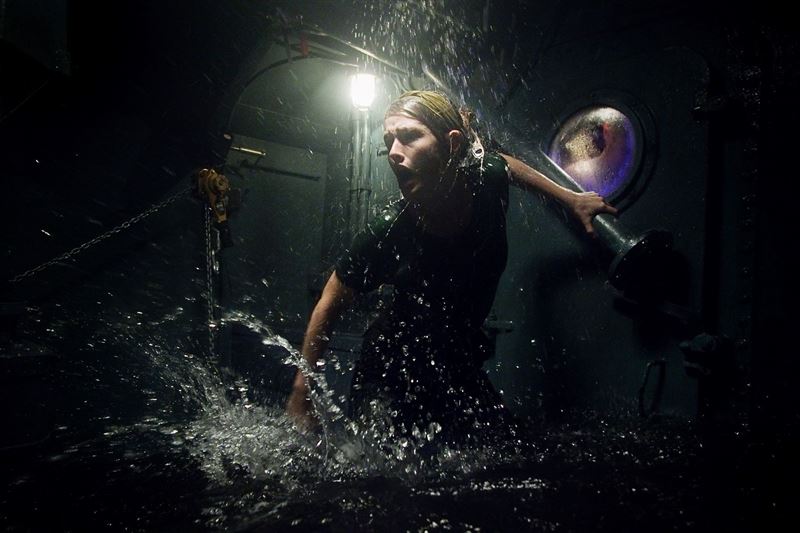 The interior of the u-boat (50-meter-long) was completely rebuild in an empty warehouse in Belgium. Filming on the 67m replica was done in Malta. They also build a special water studio for the special effects!

Torpedo will be released in Belgian cinemas on October 23, 2019. Currently, there’s no international release date known.