An accident occurred this afternoon on the Prague Ring Road at Řeporyje between a truck transporting World War II tanks and a prison service bus. Sources confirm one fatality. Update: We’ve confirmed, these tanks belong to the Museum of Armoured Vehicles Smržovka.

According to the Prison Service spokeswoman Petra Kucerova, who told TN.cz, “there were prisoners on the bus, it was a long-distance transport. We also received information about one dead man, which we are now verifying.”

Police spokesman Tomas Hulan confirmed at least one dead person is reported from the site. Adding: “It should be a three-vehicle accident. Traffic in the direction of D5 is completely stopped.”.

The Prague Fire Service extinguished the fire but both vehicles are totally destroyed by the fire.  The tanks, a M3 Stuart and M36 Jackson, were also damaged by the fire. The M36 Jackson seems to be the most severely damaged whilst the M3 Stuart looks to have avoided most of the damage. 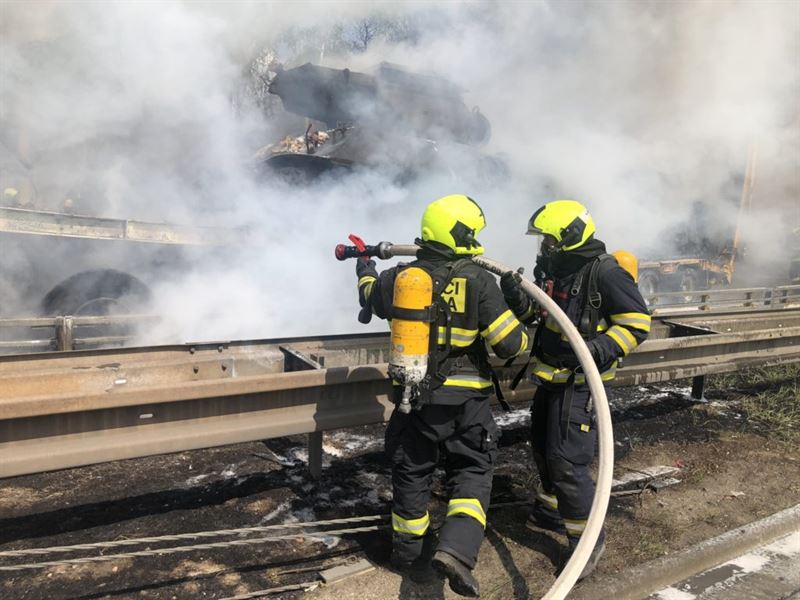 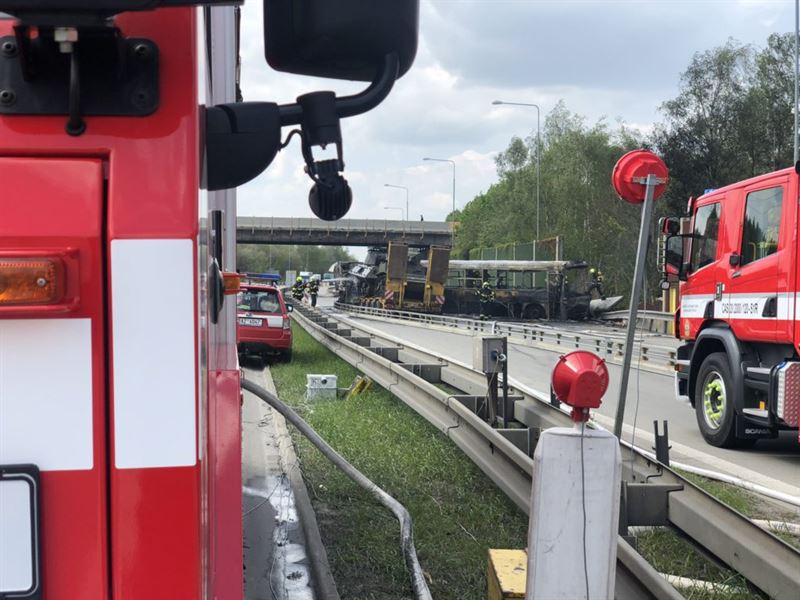 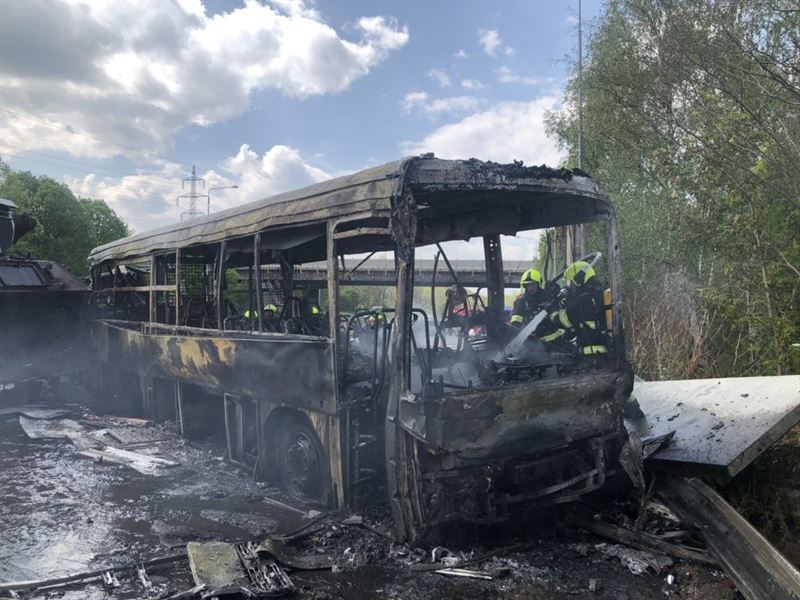 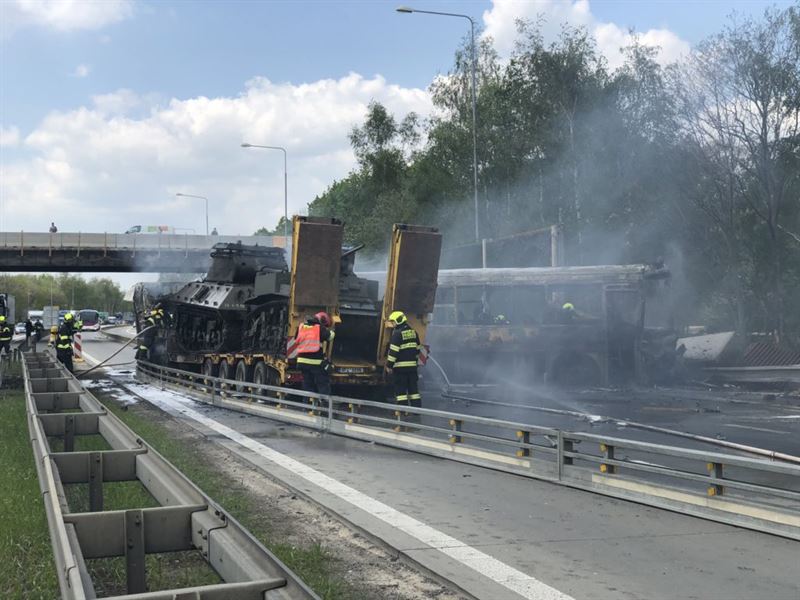 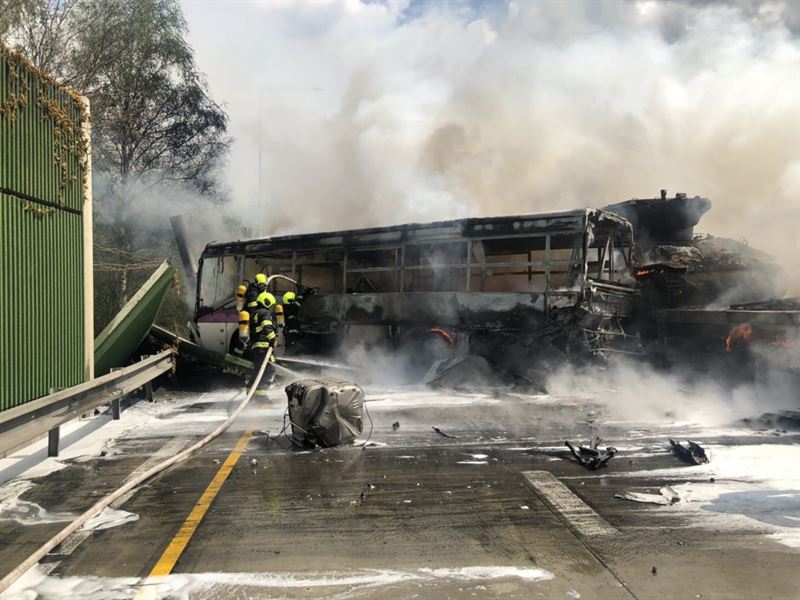 UPDATE: Click here to see photographs from the tanks after arriving back to the museum.