German U-Boat Commander and recipient of the Knight’s Cross Alfred Eick has passed away on 12 April 2015 in Bielefeld. Eick was born on 9 March 1916 in Essen and started his naval career in April 1937. Served on the Hermann Beitzen before transferring to the U-Boat force in November 1940, where he accompanied U-176 on her first two patrols. (Editor’s note: the U-176 was sunk on her third patrol, there were no survivors.)

In April 1943 he became commander of U-510 on which he would earn the German Cross in Gold and Knight’s Cross of the Iron Cross. Alfred Eick was in French captivity from May 1945 to July 1947. After the war he studied business management at the University of Hamburg and worked later as a tax adviser. 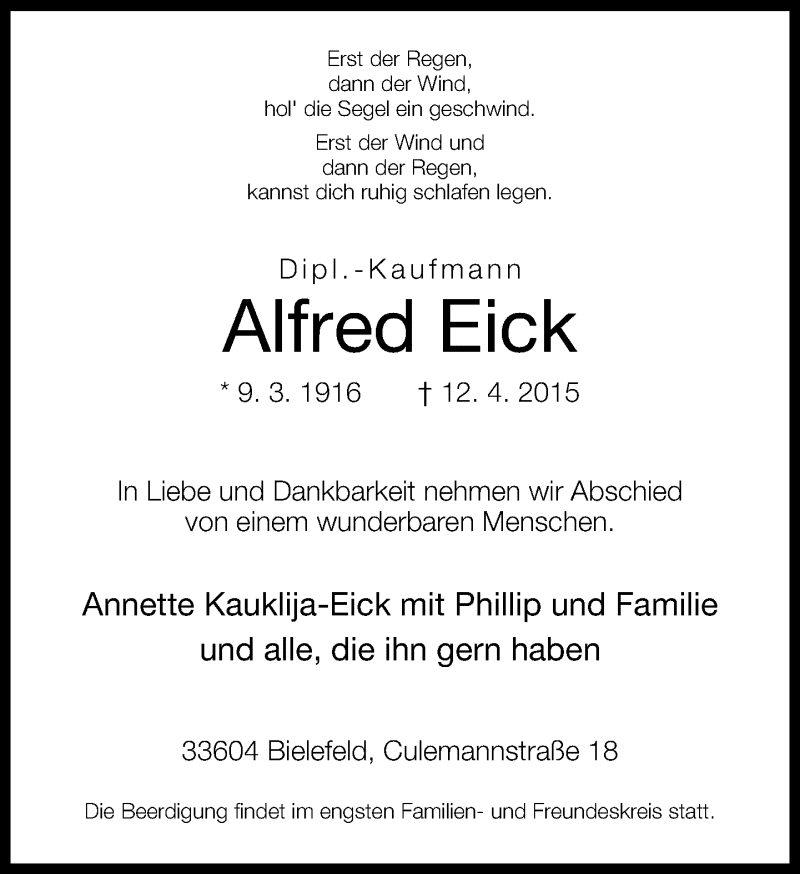