Bergen-Belsen (or Belsen) was a concentration camp in what is today Lower Saxony in northern Germany, southwest of the town of Bergen near Celle. Originally established as a prisoner of war camp, in 1943, parts of it became a concentration camp. Initially, this was an “exchange camp”, where Jewish hostages were held with the intention of exchanging them for German prisoners of war held overseas. The camp was later expanded to accommodate Jews from other concentration camps.

After 1945, the name was applied to the displaced person camp established nearby, but it is most commonly associated with the concentration camp. From 1941 to 1945, almost 20,000 Soviet prisoners of war and a further 50,000 inmates died there, with up to 35,000 of them dying of typhus in the first few months of 1945, shortly before and after the liberation.

The camp was liberated on April 15, 1945, by the British 11th Armoured Division. The soldiers discovered approximately 60,000 prisoners inside, most of them half-starved and seriously ill, and another 13,000 corpses lying around the camp unburied. The horrors of the camp, are documented on film and in pictures, and recently a new bash of horror photographs was discovered that depicts the liberation of “Belsen” 70 years ago.

The following photographs were taken by Charles Martin King Parsons CF an Army Chaplain with the 9th British General Hospital during World War 2.

This temporary sign was erected by British troops, detailing just a portion of the grisly death total, which eventually reached 50,000. 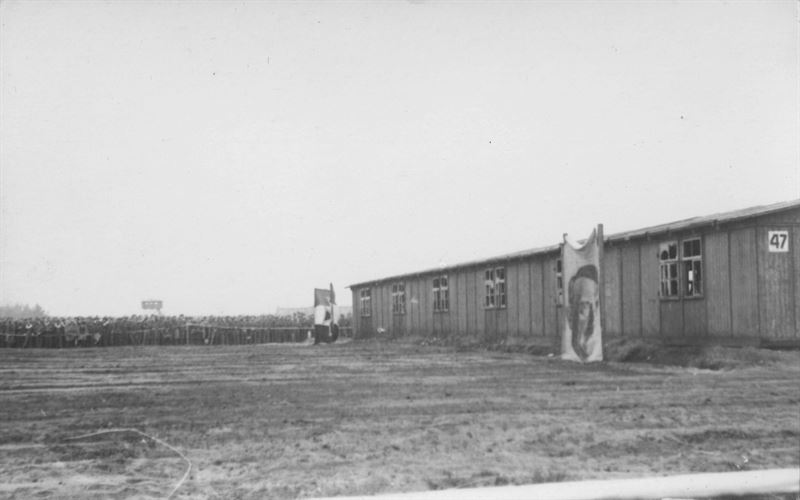 This is the Bergen-Belsen concentration camp in Germany as it appeared in the days after it was liberated by British and Canadian troops, adorned with the German Reichskriegs flag (left) and a portrait of Hitler (right) 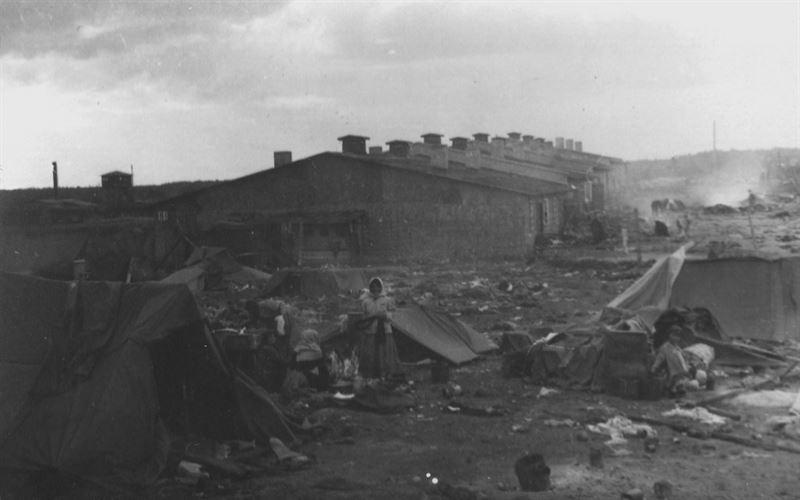 Survivors huddle inside tents in the wasteland in the centre of the Bergen-Belsen camp, where diarist Anne Frank also died. 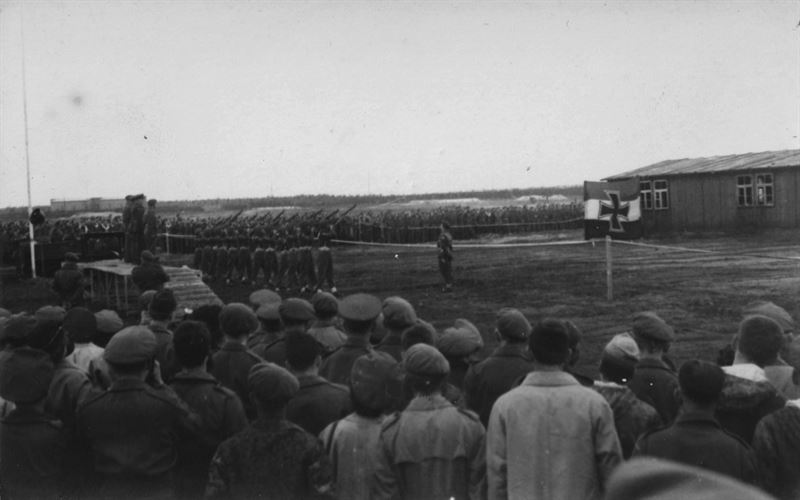 Before the British troops burn the buildings to the ground, troops stand in front of a stage to fire a salvo. These never-before-seen images were captured by Reverend Charles Martin King Parsons, who was one of a handful of chaplains who helped liberate it. 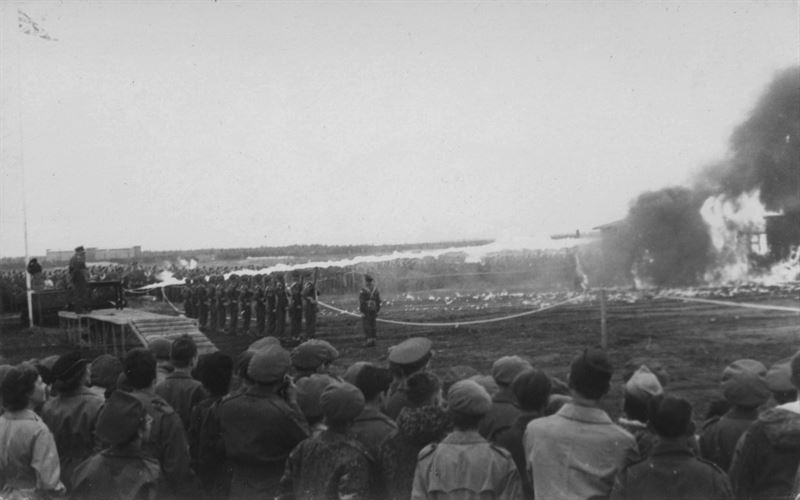 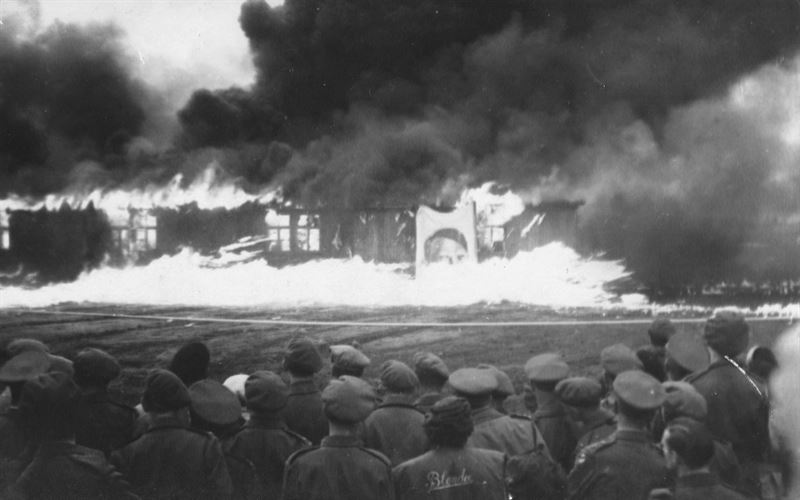 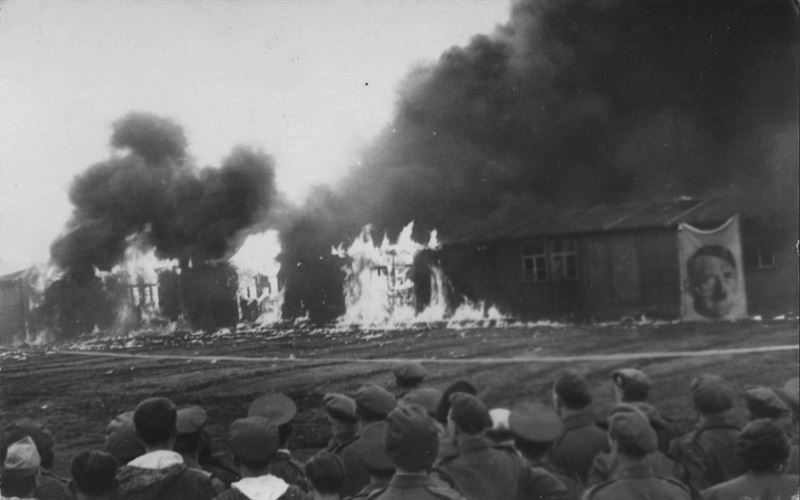 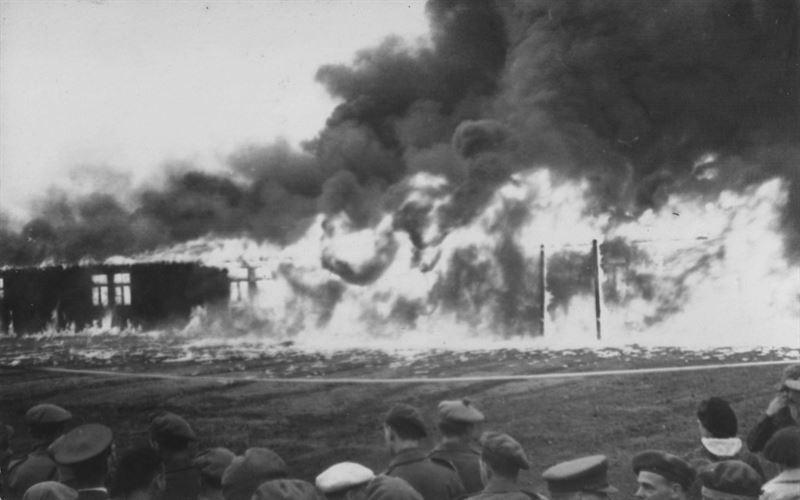 British troops burn the buildings to the ground. These never-before-seen images were captured by Reverend Charles Martin King Parsons, who was one of a handful of chaplains who helped liberate it.

Around 500 people were dying per day of typhus and starvation when the Allies arrived.

More emaciated bodies are piled in one of the many shallow graves that surrounded the camp, located in northern Germany. 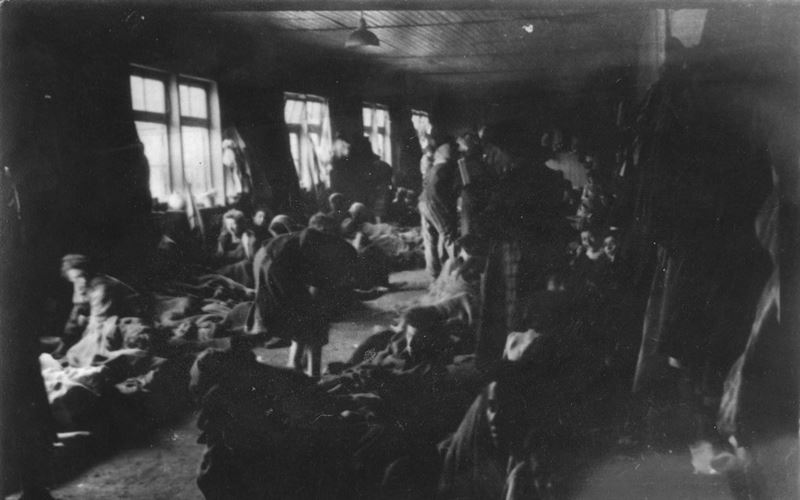 Inside one of the camp hut, the sick and the dying huddle on the floor. 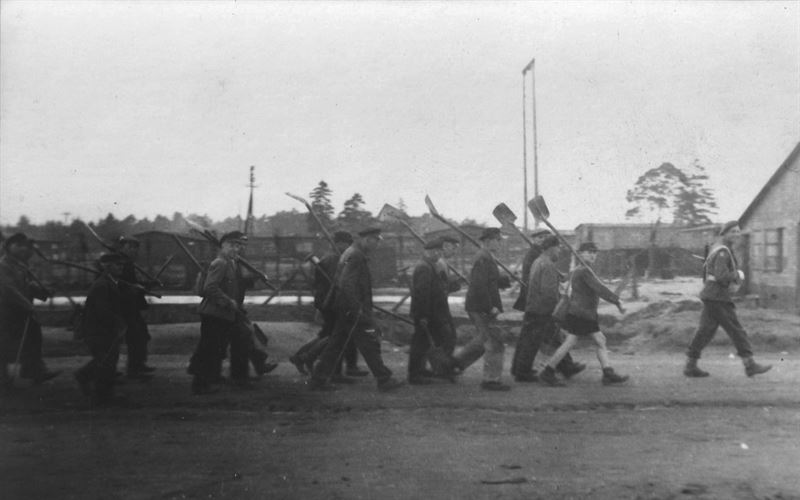 British soldiers and German locals helped to bury the dead in the days after the camp was liberated 70 years ago. 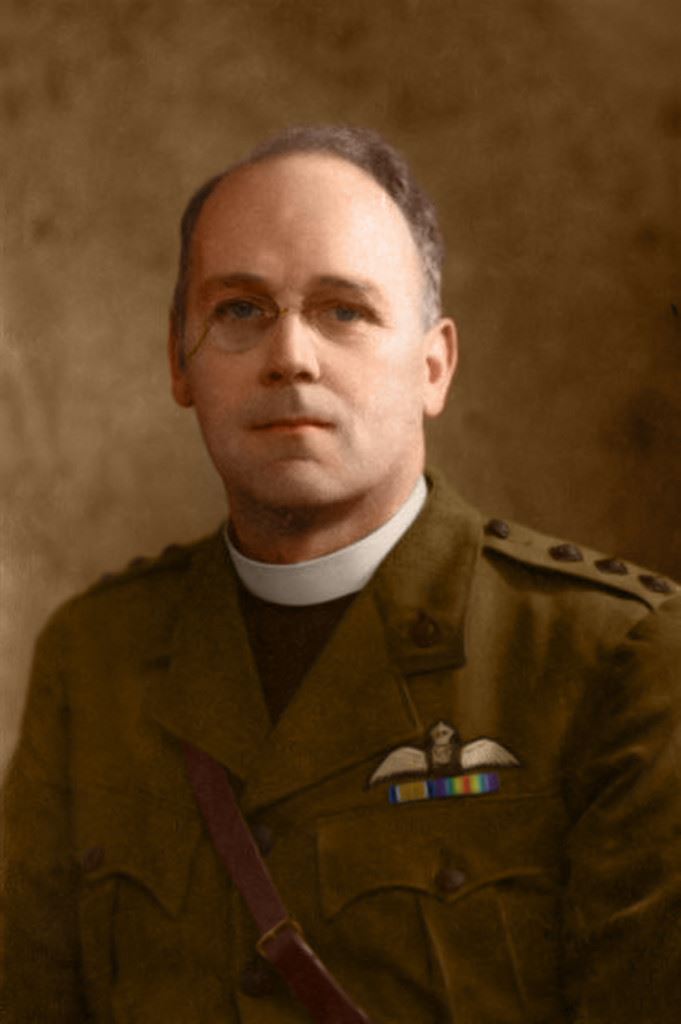 Charles Martin King Parsons CF an Army Chaplain with the 9th British General Hospital during World War 2 in his uniform, colorized by his great-grandson Tom Marshall.

11 thoughts on “Unseen Horror Pictures of Bergen-Belsen after Liberation”