Argunners Magazine is fortunate enough to feature its readers with some beautiful images from the United States Army Air Force, taken in England during WWII. Most of the photographs depict the 458th Bombardment Group which were stationed at RAF Horsham St. Faith (USAAF designated it as Station 123), Norfolk in England during World War II. The 458th Bombardment Group, arrived at the airfield late in January 1944 from the Tonopah Army Airfield in Nevada.

The group flew its first mission on February 24, 1944 with Consolidated B-24 Liberators and its last combat mission on April 25, 1945. The group lost 65 aircraft before returning to Sioux Falls AAF, South Dakota in July 1945. Other units who were stationed at Station 123, were the 56th Fighter Group and 319th Bombardment Group. These photographs were shared by Flickr user Jeffs4653, and reproduced with permission on Argunners. I also thank user Doug Shelley and Gerry Asher for their expertise and captioning of the images.

shares more on the unit’s history, plenty of terrific photographs from families & veterans and give you a good account of various bomb missions the unit and personnel went through. 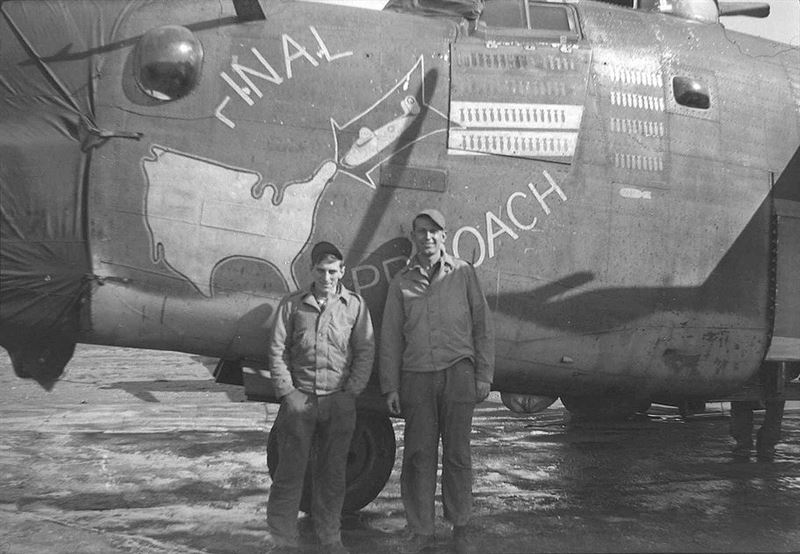 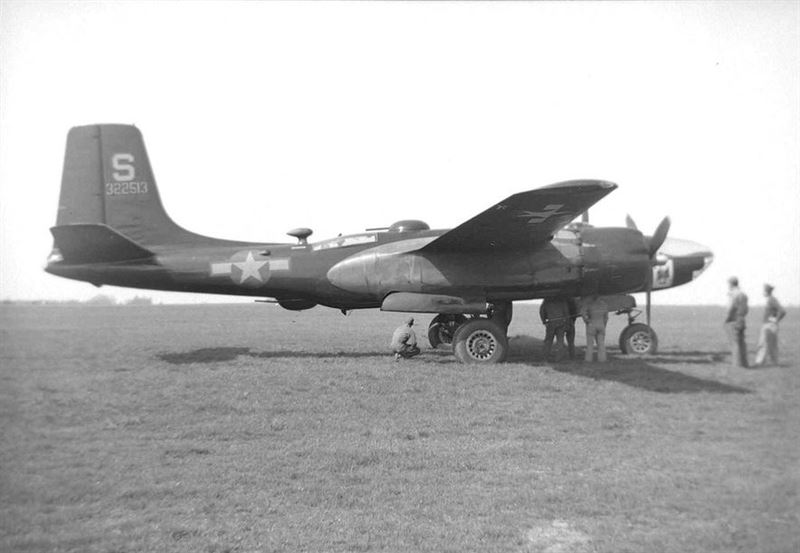 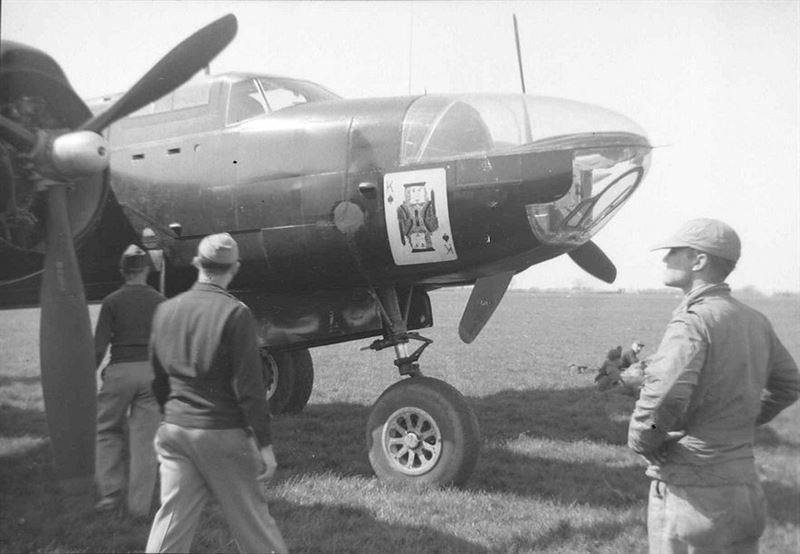 Douglas A-26 Invader assigned to the 801st Bomb Group / 492d Bombardment Group. The 801st Bomb Group was established as part of the Eighth Air Force in late March 1944 to carry out ‘Carpetbagger’ missions. These were night missions over France and other parts of occupied Europe to support resistance forces by dropping in agents, supplies and leaflets. The B-24 Liberators flown by the Group were painted black to help the crews evade detection by enemy anti-aircraft positions. On 13 August 1944, the Group was redesignated as the 492nd Bomb Group. 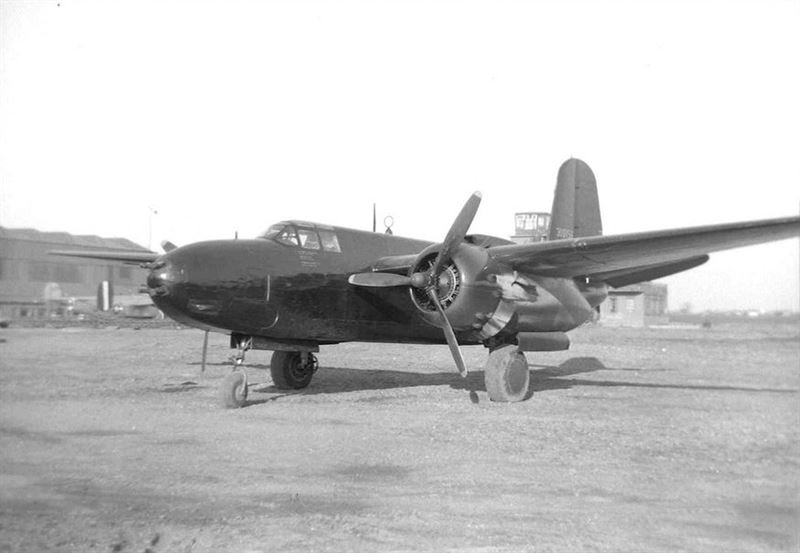 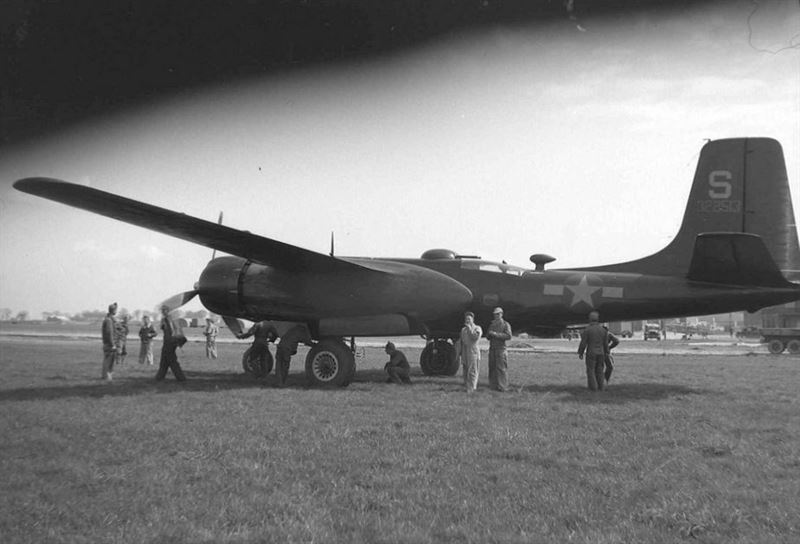 Douglas A-26C-20-DT Invader medium bomber (Serial no. 43-22513), assigned to the 856th Bomb Squadron, 492nd Bomb Group, 8th Air Force based in Harrington, UK. The 492nd was a B-24 Liberator group that received such heavy casualties during its daylight bombing missions that it was disbanded in the fall of 1944, but the group lived on for the rest of the war flying as a cover for the 801st Composite Group, part of the O.S.S. (Office of Strategic Services, forerunner of the CIA). The group flew nighttime missions dropping agents and supplies behind enemy lines. 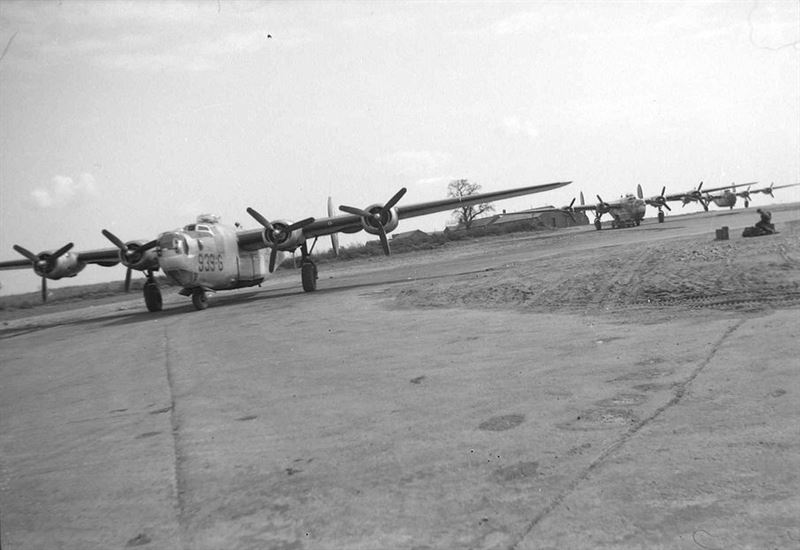 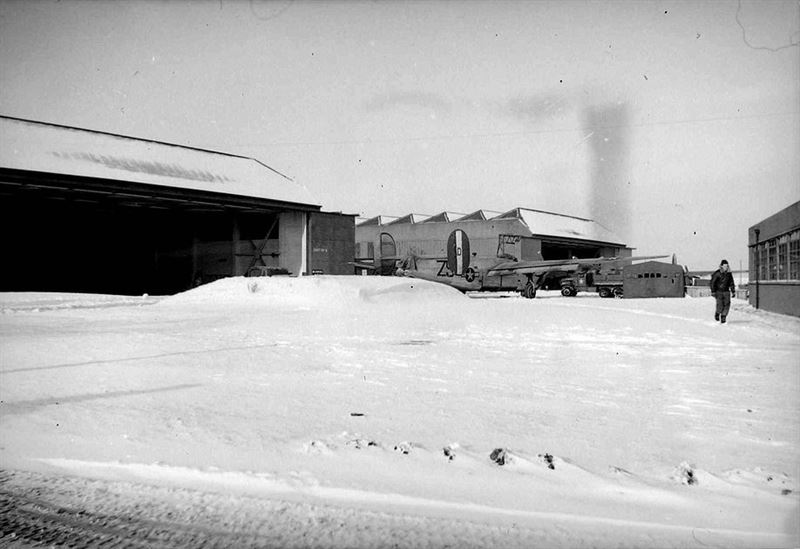 B-24 Liberator from the 754th Bombardment Squadron, 458th Bomb Group of the Eight Air Force. 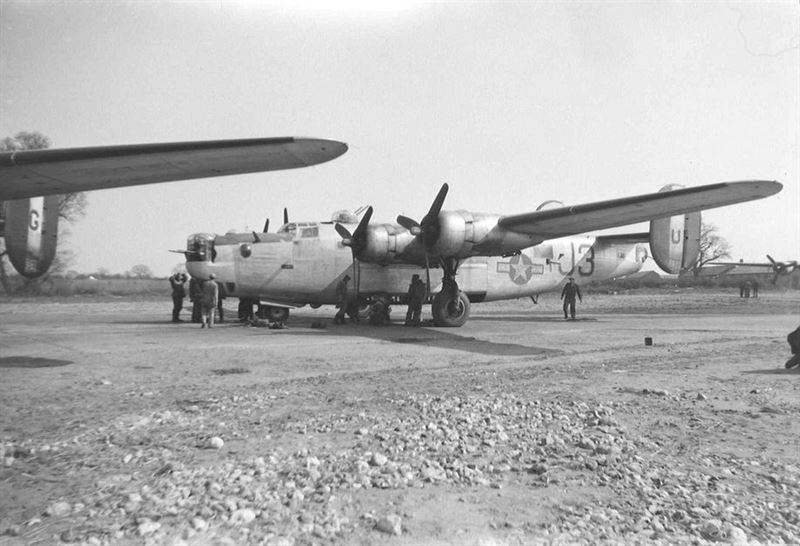 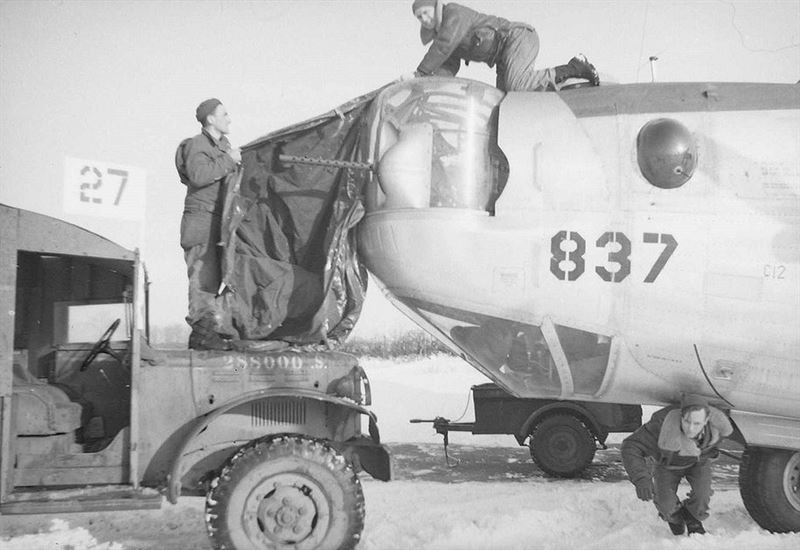 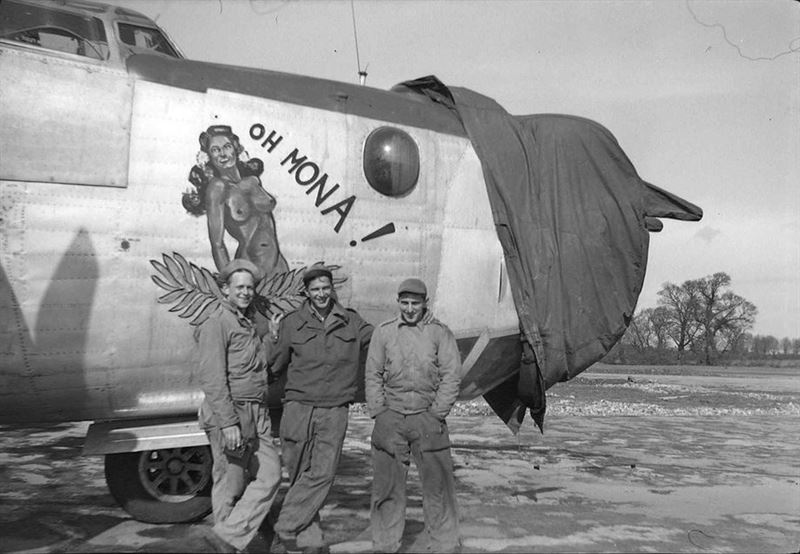 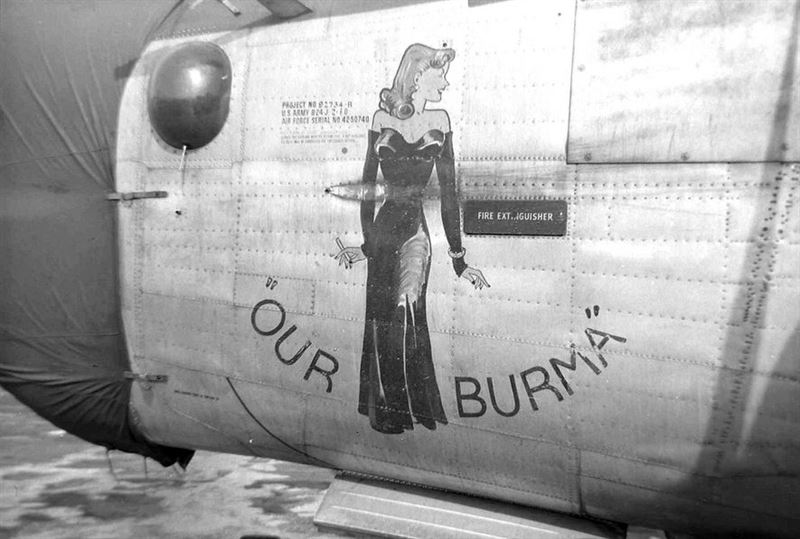 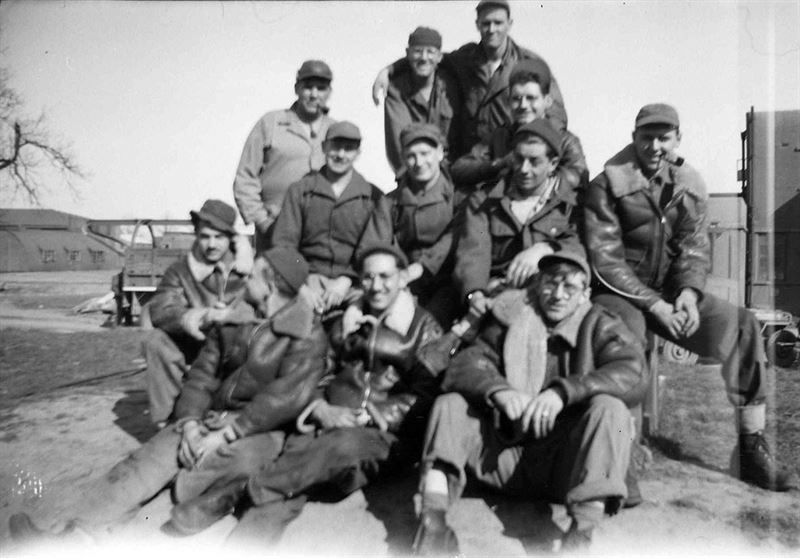 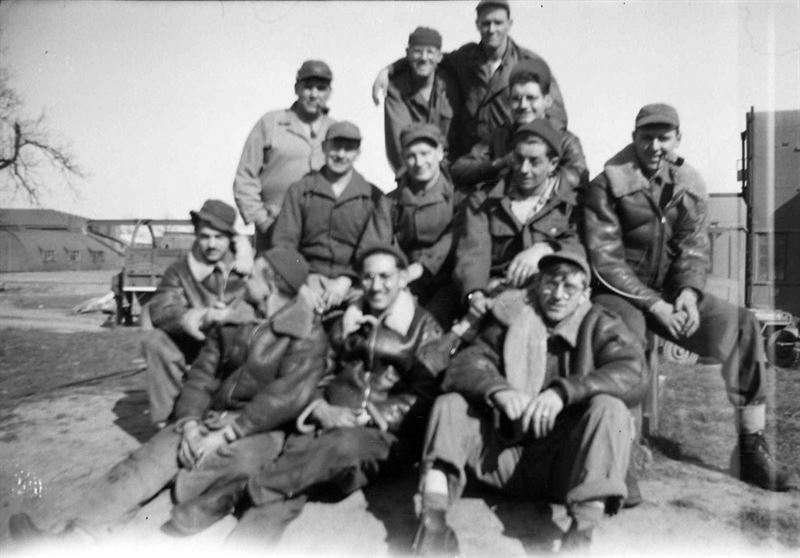 USAAF Airmen, probably from the B-24 Liberator Bomb Groups, posing for the camera on the Airfield. 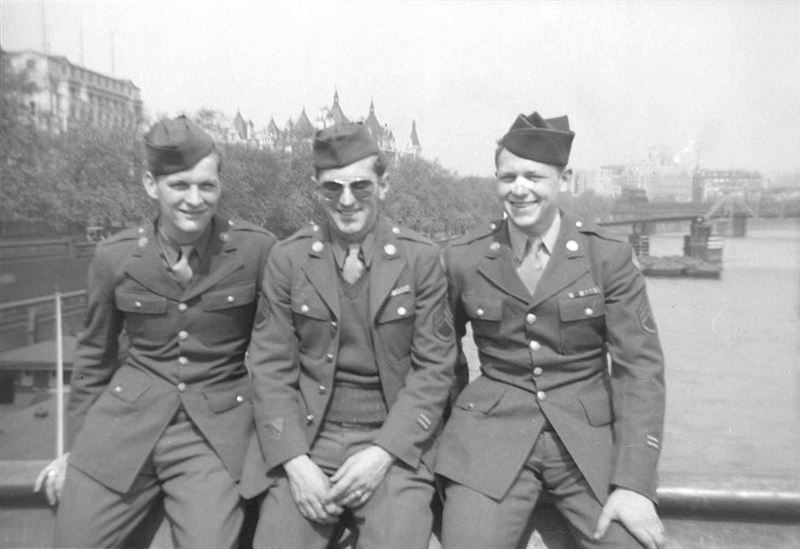 USAAF personnel enjoying a day in London, they are sitting on the Westminster Bridge, London, United Kingdom with the Thames behind them. 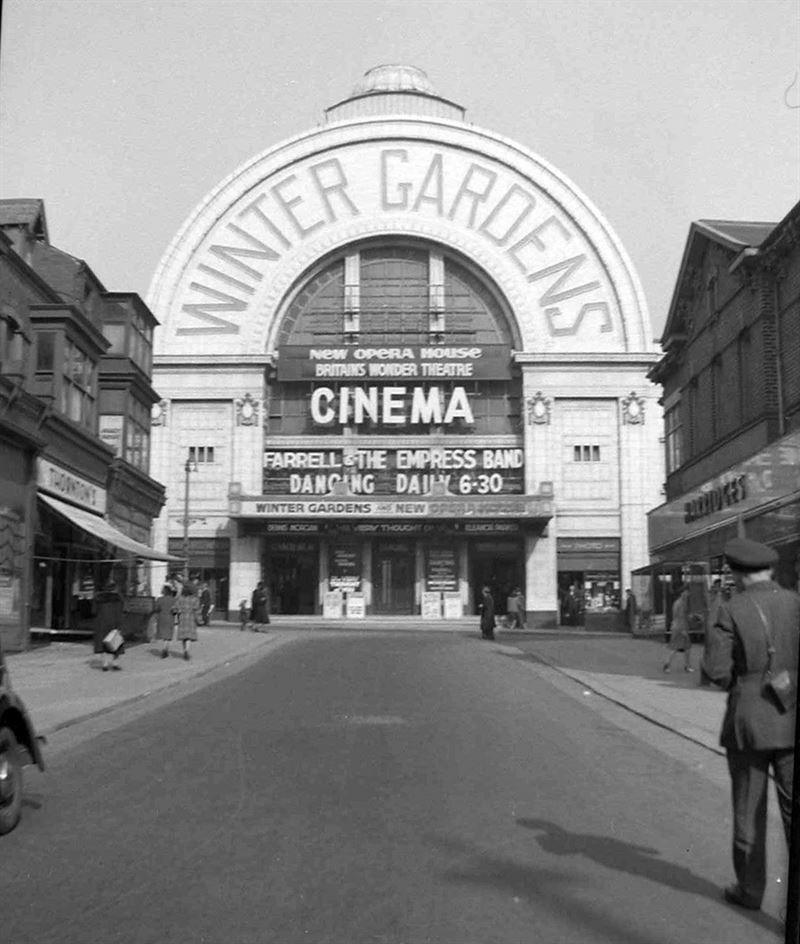